Last year, a team of scientists embarked on a mission to explore the seafloor exposed when a hefty iceberg popped off the Antarctic Peninsula in 2017. Frustratingly, their ship had to turn around mid-voyage thanks to impenetrable sea ice. This year, amidst near-record low Antarctic sea ice levels, another team of scientists will make an attempt.

On 9 February, a group of researchers led by the Alfred Wegener Institute in Germany will ship off from Punta Arenas, Chile, for a planned 9-week sojourn aboard the RV Polarstern to the eastern edge of the Antarctic Peninsula. It’s there that iceberg A-68 snapped off the Larsen C ice shelf in spectacular fashion a year and a half ago. Movement of the trillion-tonne ‘berg over the past year has exposed formerly ice-covered ocean, allowing sunlight to reach the water for the first time in millennia.

Scientists are keen to learn what that means for the critters that live there. As we previously reported, A-68's breakaway triggered an international conservation agreement by the Commission for the Conservation of Antarctic Marine Living Resources (CCAMLR), establishing these newly exposed waters as a special scientific study area. For a period of 10 years, commercial fishing vessels must steer clear so that scientists can explore the marine habitat and track any changes.

But, so far, nobody’s been able to get there. 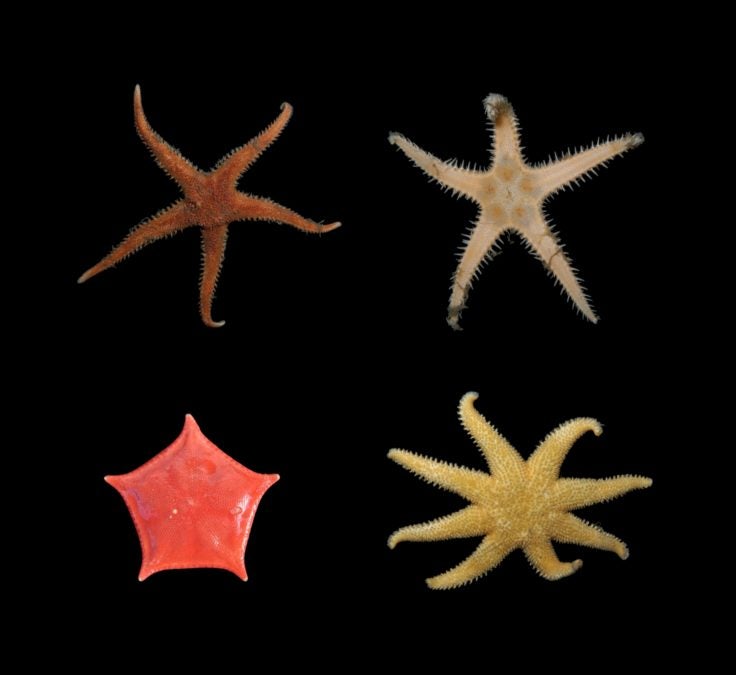 Animals like these starfish may be among the critters the team encounters beneath the site of the former iceberg. (Photo: Huw Griffiths/British Antarctic Survey)

A British Antarctic Survey (BAS)-led expedition was hoping to get some data last year. But the captain of the RRS James Clark Ross was forced to turn around after the ship encountered thick sea ice. This year, things are already looking more promising.

“I’m really excited they are trying again this year and hopefully succeed because a lot of the ice that stopped us last year has been pushed out by thick storms this season,” said Katrin Linse, a biologist with the BAS and science lead on last year’s expedition.

Linse added that another mission—the icebreaker SA Agulhas II—has already made it to the Larsen C ice shelf this year. But that ship was unable to get all the way to A-68's former home, which has generally remained covered in sea ice. Whether RV Polarstern is successful will depend on weather and ice conditions that can change rapidly.

Should the scientists reach their destination, they’ll have a rare opportunity to rapidly assess newly exposed waters. Linse said the last time there was a big ice shelf breakup along the Antarctic peninsula, it took five years to get a vessel in. The researchers plan on collecting samples of sediment, water, animals, and ocean microbes, in addition to capturing video footage and mapping the seafloor using sonar.

This sort of baseline data could help scientists get a handle on what will happen to the alien ecosystems around the rim of the frozen continent as climate change annihilates ice.

“I think it is really important to do these exploratory expeditions, since this is a totally unique environment that has been exposed and it will soon be gone,” Joanna Norkko, a researcher at the University of Helskini who has documented rapid changes to seafloor communities beneath Antarctica’s Ross Ice Shelf, said in an email.

Norkko added that an iceberg breaking off an ice shelf will “definitely change” life on the seafloor that’s been exposed to light penetration that causes algae to grow, altering the base of the food web and creating “more food than these organisms have ever seen before.”

“This will change the system completely, with new species moving in, higher biomasses and dominance patterns changing,” Norkko continued.

Earlier this year, scientists were amazed to discover ancient crustaceans and a tardigrade buried beneath 3,500 feet of ice in a subglacial Antarctica lake. Perhaps the RV Polarstern will encounter some surprises of its own.