There are a lot of amazing new movies coming in 2019, but there’s also a long list of classic, iconic films that will be celebrating significant anniversaries this year.

We already took a good look at some significant horror anniversaries happening this year. Read all about them here.

There is, of course, some overlap in genre but here are the biggest science fiction, fantasy, and genre movie milestones happening in 2019. (You should probably be prepared to feel old.) 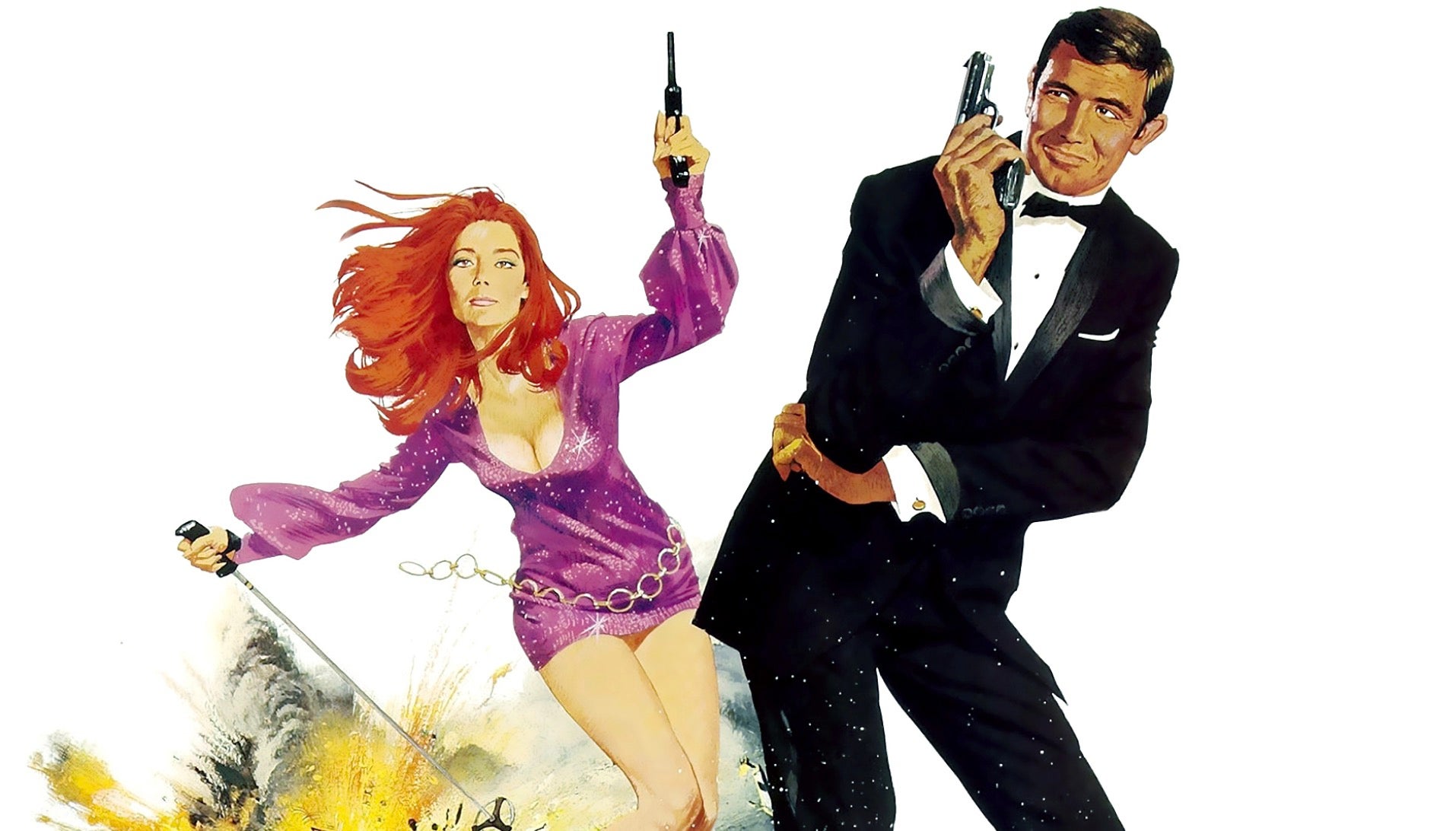 On Her Majesty’s Secret Service

It’s been a half-century since the one and only time George Lazenby played James Bond. The film is generally liked by fans of the franchise and is one of several appearances by one of Bond’s biggest adversaries, Blofeld. (19 December) 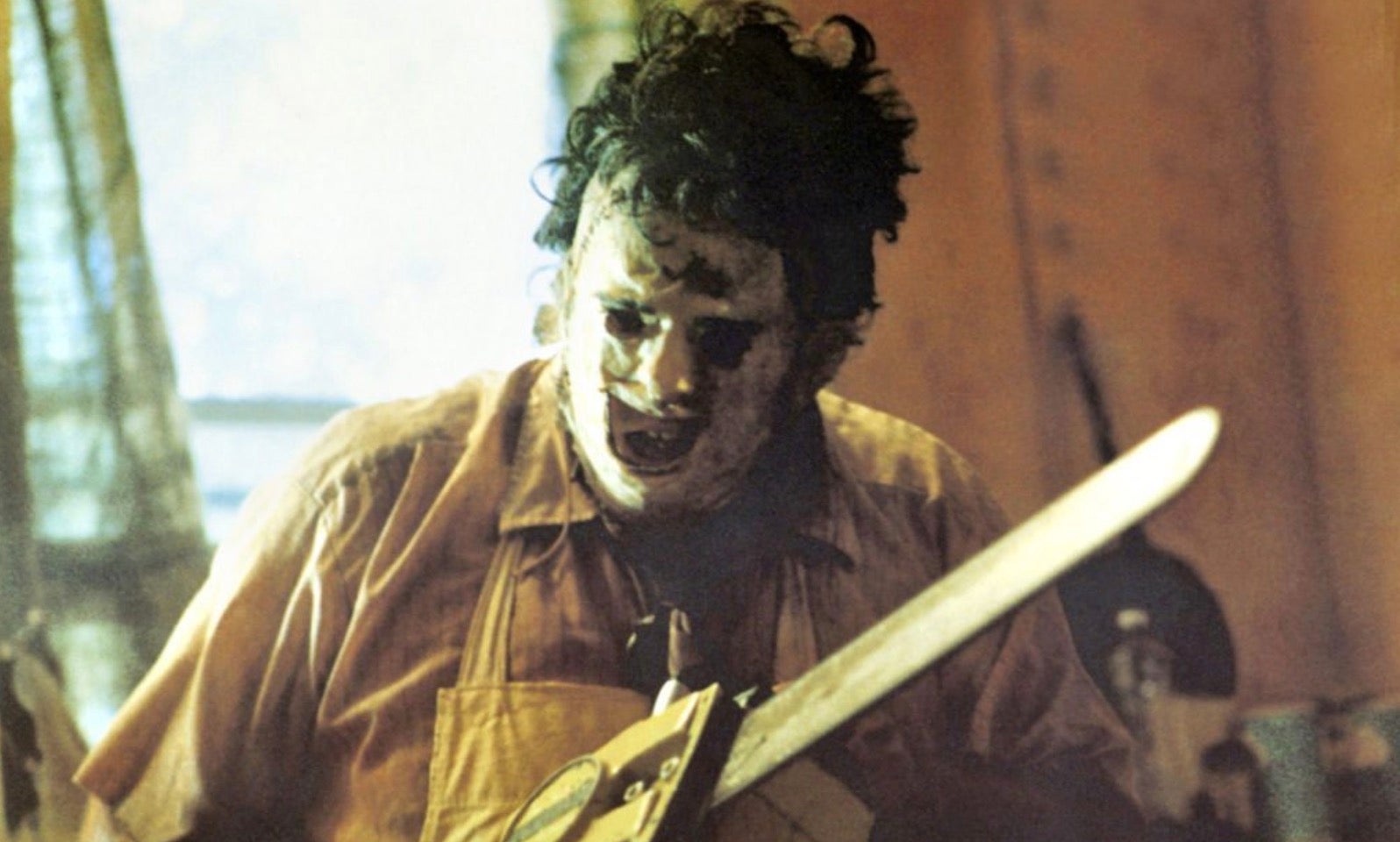 Before Michael Myers, Freddy Krueger, or Jason Voorhees, Tobe Hooper introduced the world to Leatherface and his family. The realistic, gritty, and gruesome film basically changed the face of horror as people knew it. (21 November) 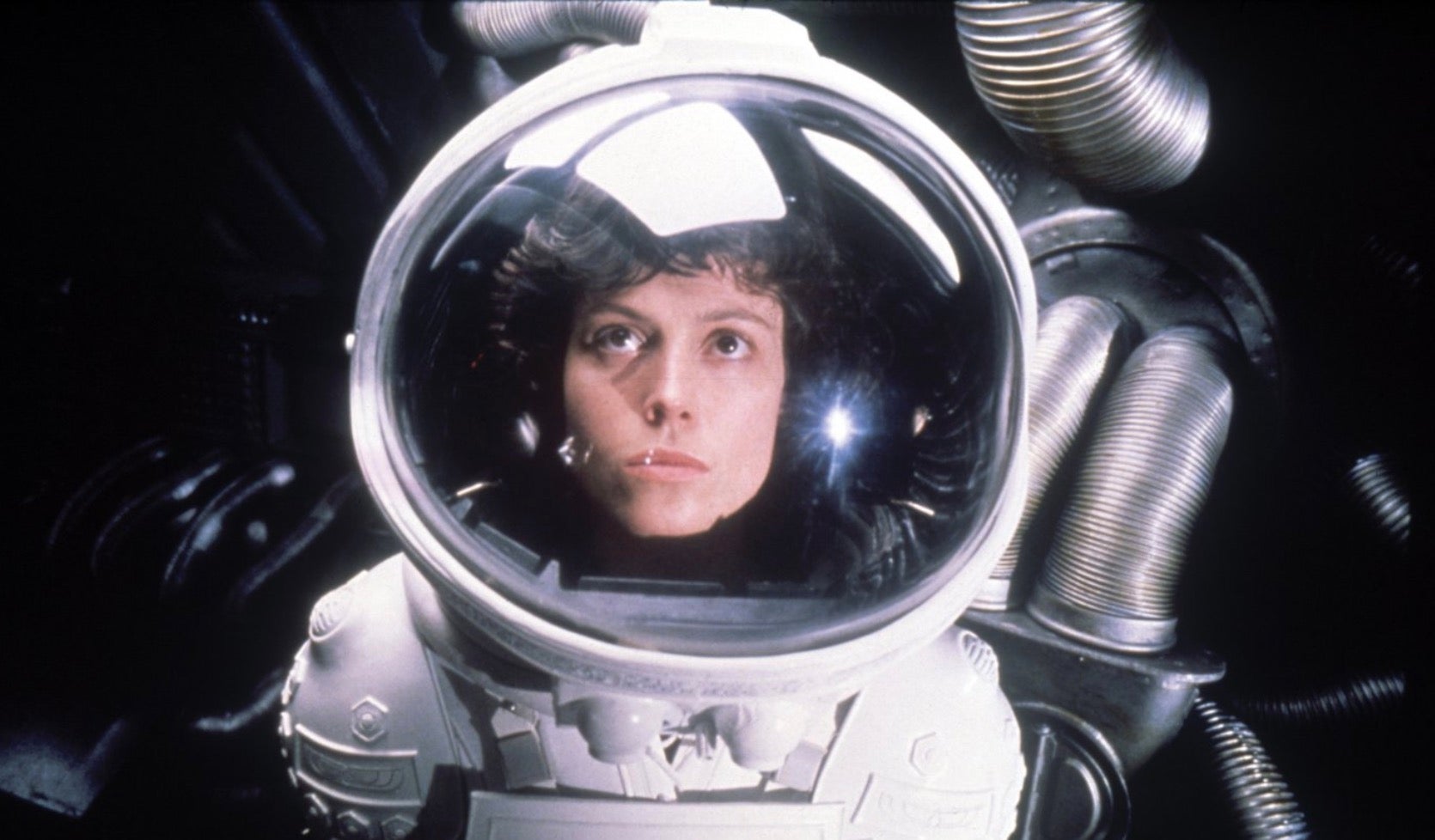 The gangs of New York City all team up to take down one gang in particular: The Warriors. Walter Hill’s unique vision resulted in this excellent, memorable, quote-filled New York action film. Can you dig it? (10 May)

By 1979, the Muppets were already massive stars thanks to their TV show. Then, they rose to another level with the first of many forays on to the big screen. (31 May)

Ridley Scott’s legendary film was on our horror list but deserves another mention. It’s simply one of the best sci-fi movies of all-time and was one of the earliest in both horror and sci-fi to feature a badass woman in the lead, played by Sigourney Weaver. (6 September)

Though this slower, more methodical Trek entry is fairly divisive, no one can deny that without the first Star Trek movie, the franchise wouldn’t have ended up going where few franchises had gone before. (15 December) 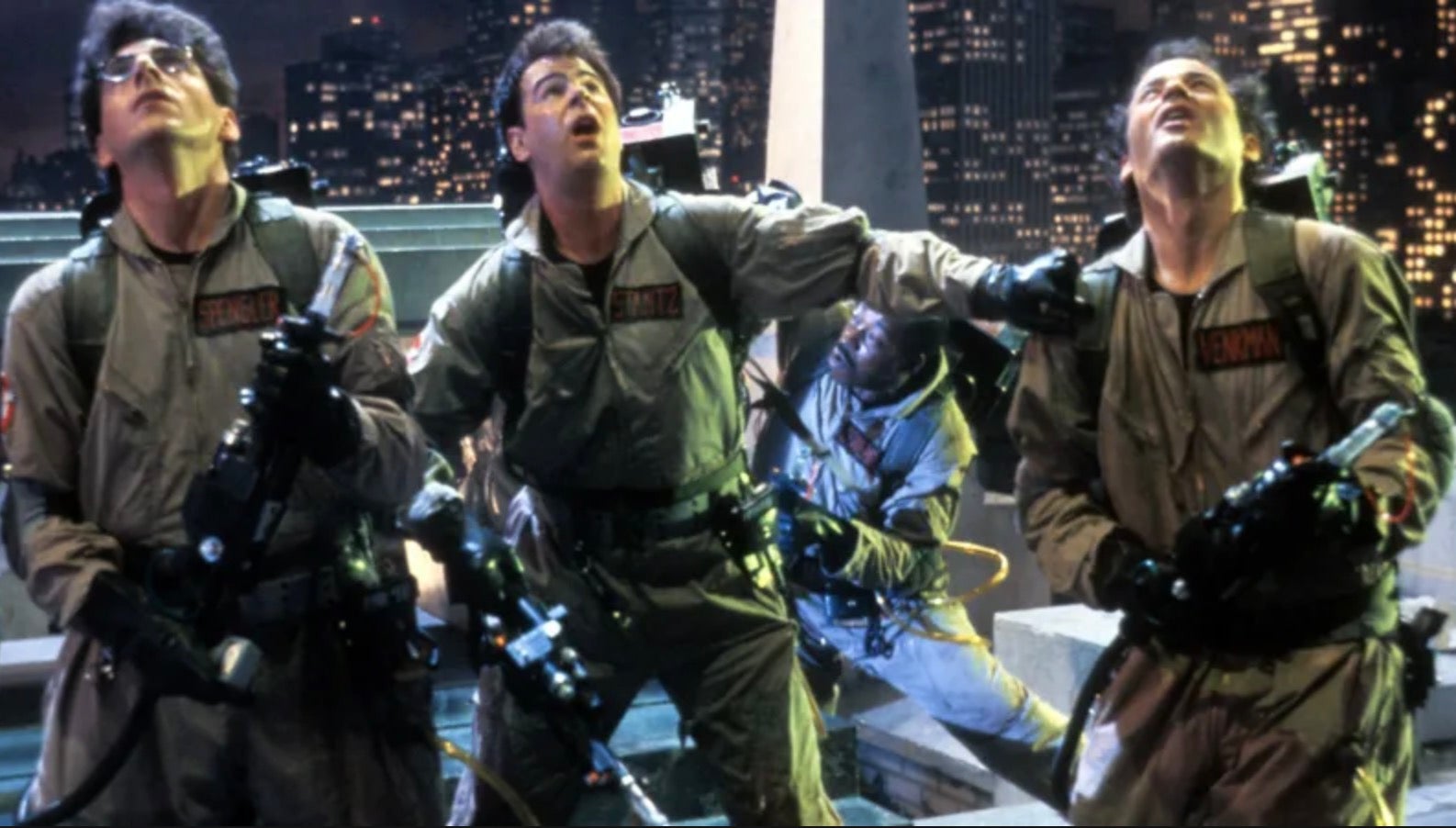 Indiana Jones and the Temple of Doom

It’s still crazy to think Steven Spielberg and George Lucas followed up Raiders of the Lost Ark with Temple of Doom, a decidedly darker, scarier entry in the Indiana Jones franchise. Not everyone loves it, but I think those people are even crazier. (15 June)

Fans only needed to wait two years to get all the answers from the cliffhanger ending of Star Trek II: The Wrath of Khan and they got them in a film actually directed by Spock himself, Leonard Nimoy. Trek III isn’t Trek II, but it’s still good. (27 July)

If you grew up in the ‘80s, there were a few films that were just a part of you. Ghostbusters was one of them. Not only was it a huge, influential hit, but it also permeated the culture to such an extent we are still discussing it 35 years later. (7 December)

On the same day that Ghostbusters was released, fans were given another classic in the making with this awesome Joe Dante/Steven Spielberg/Chris Columbus collaboration, about an adorable creature and his horrible, gross relatives. (7 December)

With a remake on the horizon, David Lynch’s adaptation of the iconic Frank Herbert novel is sure to once again come under a microscope in the coming years. And even if this film doesn’t quite live up to the expectations of its ambitious scope, it’s still amazing that it happened. (14 December) 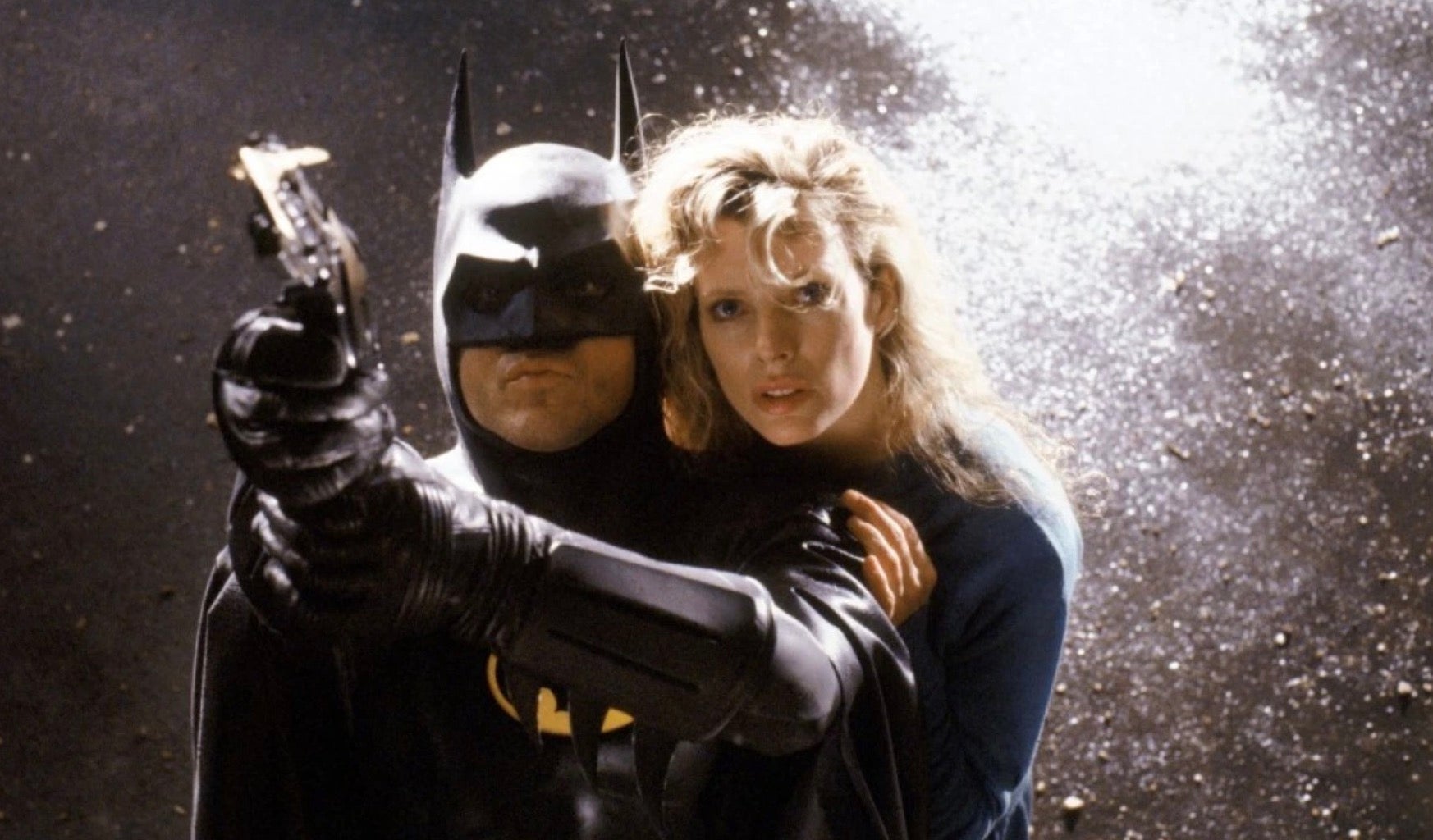 Talk about one of the all-time most wild premises ever. But that idea, of two idiots travelling through time to do a history report and save the universe, is why this movie remains a most-triumphant fan favourite. (25 August)

Indiana Jones and the Last Crusade

Last Crusade is basically Steven Spielberg taking the structure and idea of Raiders of the Lost Ark, adding some fascinating backstory for the main character, and upping the action and drama. It makes an already perfect movie and formula, somehow even more perfect? Is that a thing? (30 June)

Well, it’s been 30 years since we learned what a disappointing sequel looked like. No, no, I’m kidding. Ghostbusters II isn’t that bad. In fact, I kind of love it, but it’s certainly nowhere near the first movie. And yet, it has Vigo, it has pink goo, a walking Statue of Liberty, there’s great stuff. (1 December)

Sure, everyone had heard of Batman in 1989. But it was Tim Burton’s movie that made him “Batman.” The film was an insane success and set a standard for superhero films that would be hard to reach again for a long, long time. (11 August)

The Abyss was kind of James Cameron’s way of just throwing down. He’d made The Terminator, been a success, but it was this underwater adventure that made him the guy who would innovate the entire medium every time he made a movie. (13 October)

Back to the Future Part II

When it comes to pure economy of story, few films are as genius as Back to the Future. So the idea to make a sequel that literally revisited that film was both shocking and genius. It’s not as good as the first movie, few films are, but it remains one of the most audacious sequel ideas ever. Plus, its vision of the future changed how a generation thought of what was to come. (24 November) 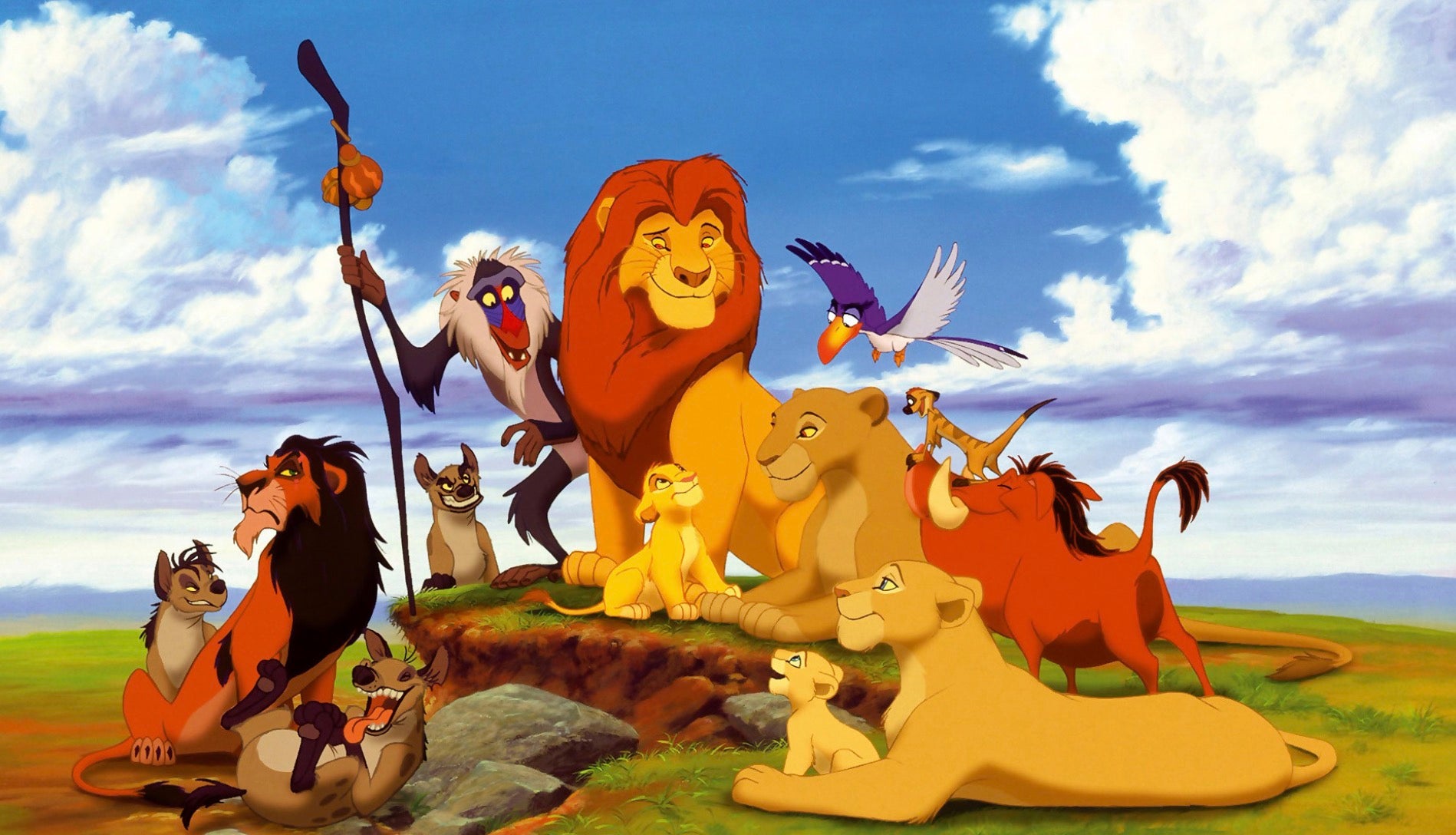 Because star Brandon Lee was tragically killed during production, the fact he was making such a great comic book film sometimes gets forgotten by history. But The Crow deserves to be mentioned among the genre’s best. (10 June)

If The Little Mermaid is where the Disney Animation boom started, The Lion King was kind of its ending. But what a run it was, ending in this stunning work that’s still so good, they’re remaking it this year. (7 October) 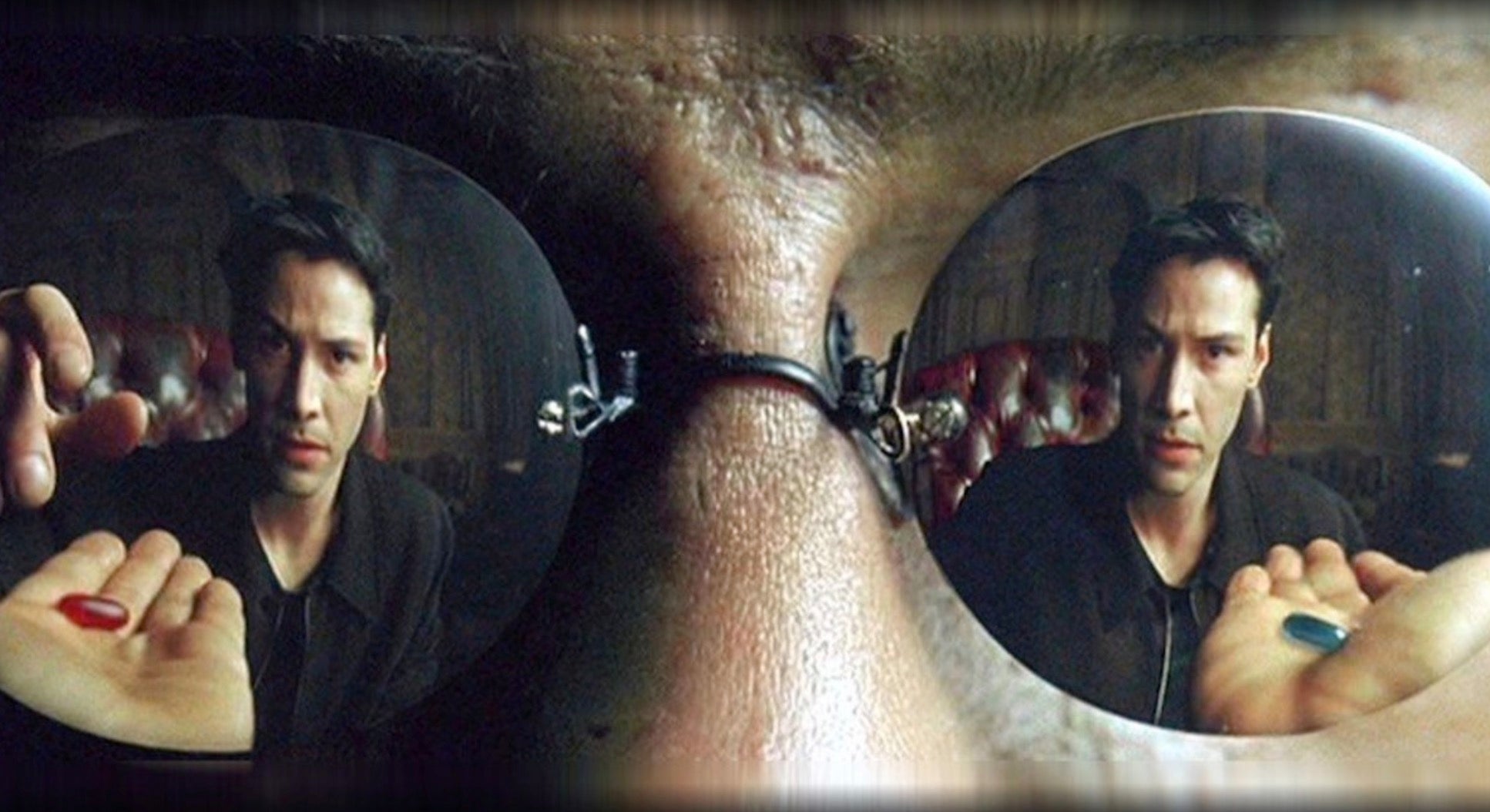 I’ll never forget the first time I saw The Matrix. I went in thinking it was just some Keanu Reeves action movie. I walked out changed, having experienced a mix of action and intellect that helped define the kind of movies I love to this day. It’s the gold standard for sci-fi action. (11 June)

Historically few movies, if any, have ever been as highly anticipated as this return to Star Wars almost two decades after Return of the Jedi. And while it didn’t live up to the expectations of many, it was the biggest film event many of us had ever seen. (15 July)

When this movie came out, we didn’t really know what to expect. We knew it was an R-rated version of the already dirty show, and creators Trey Parker and Matt Stone were likely to take advantage of that. But not only did that happen, we were also treated to one of the most clever movie musicals of all time. I’ll put it up against West Side Story or Phantom of the Opera any day of the week. (27 August) 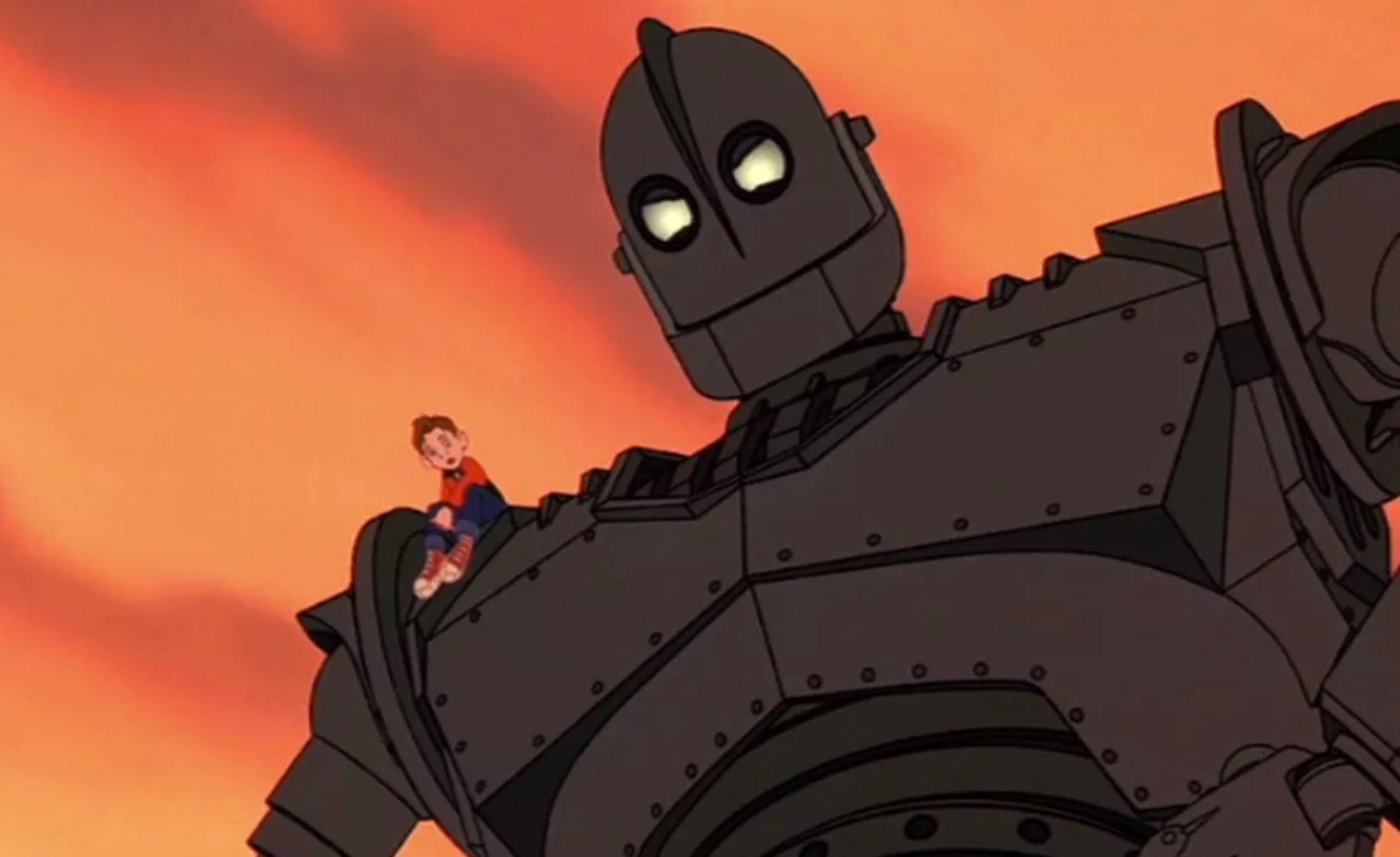 Unfortunately, because of the success of The Sixth Sense (released on the same day), another movie got a little overlooked. It was this Brad Bird animated film. Thankfully, while it didn’t hit at the time, history has been more than kind to The Iron Giant and these days it’s considered a classic. (17 December) 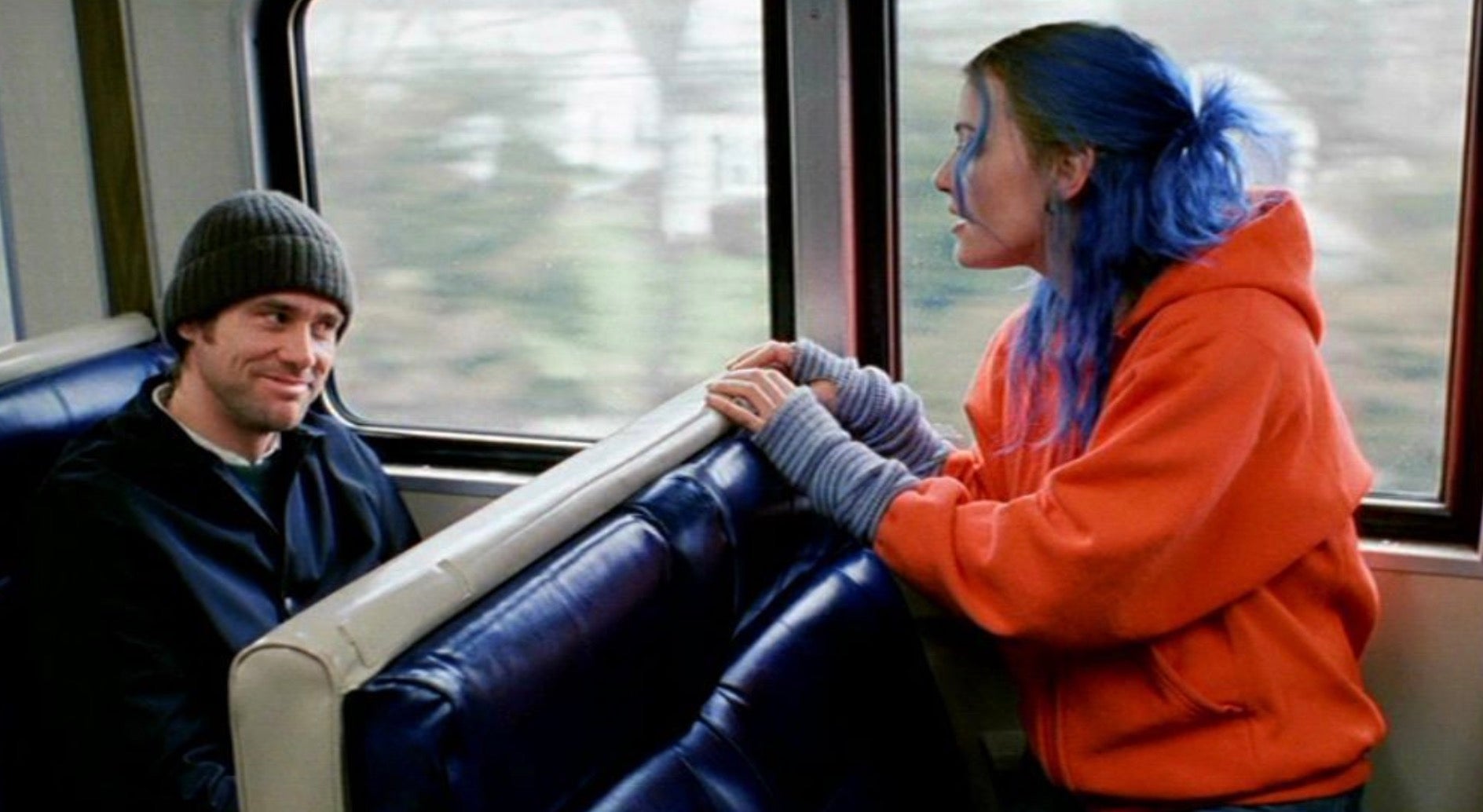 Eternal Sunshine of the Spotless Mind

Science fiction can work in any genre, but one where it doesn’t get a lot of love is, well, love. But this Charlie Kaufman-penned, Michel Gondry-directed film about two lovers who mess with their memories to forget each other is a stone cold stunner. (30 April)

Shaun of the Dead

The world was introduced to the genius of Edgar Wright, Simon Pegg, and Nick Frost with this hilarious and clever rom-zom-com that sends up not just the zombie genre, but romantic comedies, too. (9 April)

Sam Raimi’s first Spider-Man is good, but it’s an origin story. You only get so much actual “Spider-Man.” So it was no surprise that its sequel, Spider-Man 2, was even better. It still holds a place in the pantheon of all-time superhero movies. (16 July)

Pixar has made a lot of incredible movies over the years but The Incredibles, about a family of superheroes in a world that doesn’t want them, may be the most incredible one of all. (26 November)

Zack Snyder loves a good comic book adaptation, and though 300 may be his best, Watchmen was his most ambitious. The film is way better than it had any right to be and still holds up as a decent vision of the Alan Moore-Dave Gibbons series. Unrelated to the film, we are getting a TV adaptation this year on HBO. (6 March)

There are a lot of Trek-iversaries in 2019, and the most recent may be the most shocking. It’s been a decade since J.J. Abrams took the mostly dormant franchise and made it popular again by recasting the crew and bringing a little Star Wars edge. (8 May)

Up is basically two movies. The heartbreaking first act, then the over-the-top remainder. The second part is nowhere near as good as the first but the first is so good, the whole movie is pretty damn incredible. (9 October)

One of the best sci-fi films in recent memory, Duncan Jones’ film about loneliness and cloning is a fascinating, rich film, anchored by a stellar lead performance by Sam Rockwell. (17 July)

Alien invasion films are a dime a dozen but the team of Neill Blomkamp and Peter Jackson made one of the best in recent years with District 9. Its found footage style, high-end effects, and strong social grounding gave the film a leg up on the rest of the genre. (4 September) 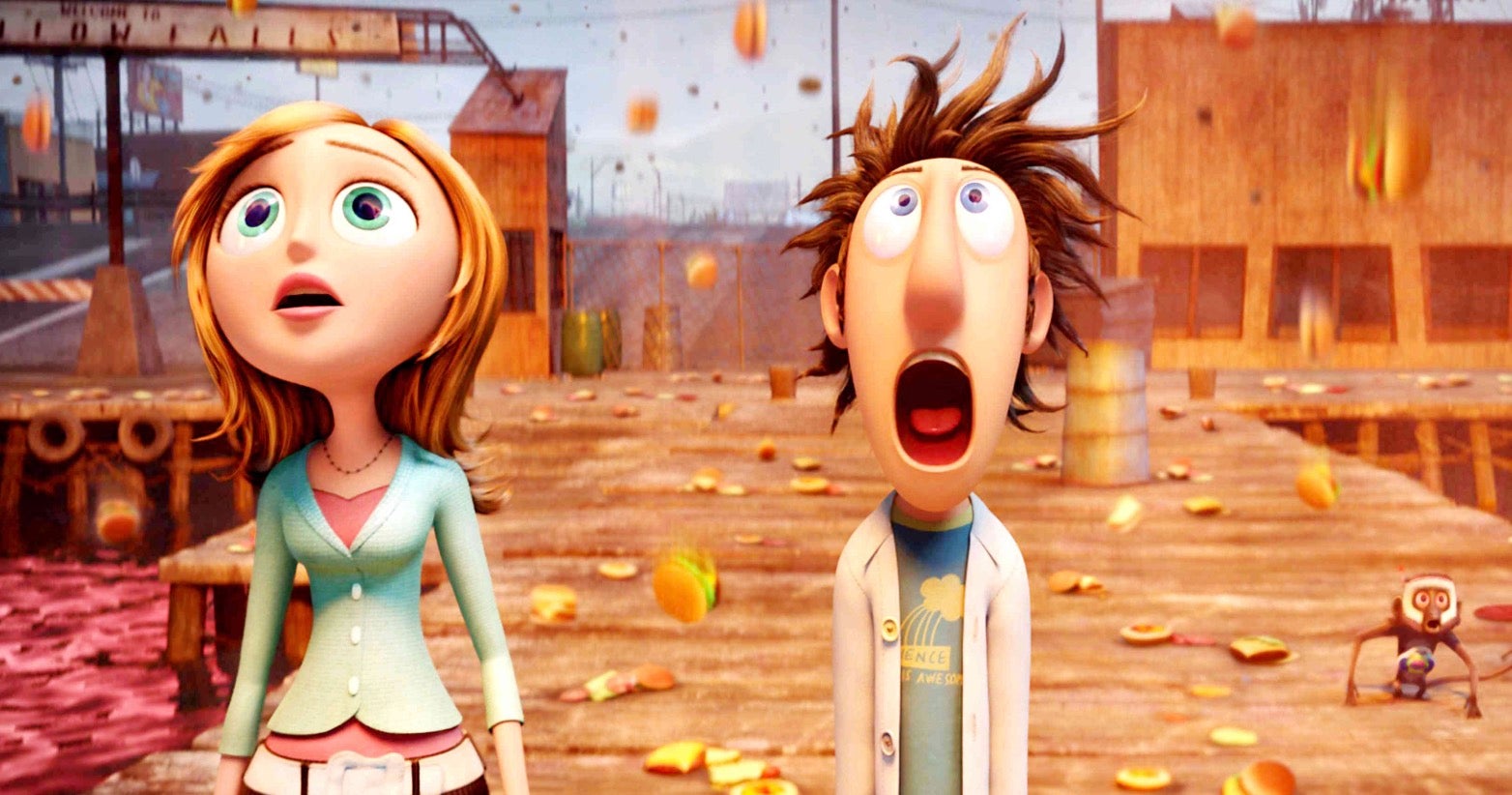 Cloudy With a Chance of Meatballs (Photo: Sony)

Cloudy With a Chance of Meatballs

This animated film about food becoming weather is really, really good, but it’s mostly notable because it’s when the world was alerted to the genius of its directors Phil Lord and Chris Miller, who’ve since gone on to do one or two good things. (18 September)

With a sequel on the way (finally), it’s a bit easier now to remember just how fun this zombie comedy is, thanks in large part to its fantastic cast and hyper-stylised filmmaking. (7 October)

It’ll be 11 years when we finally see the continuing adventures of Jake Sully and his Na’vi friends, which is shocking, considering this film went on to become, and still is, the world’s highest grossing film of all time. (17 December)