Even awkwardly tripping and stumbling on a throw rug would look super cool when played back in slow motion, as YouTube channels like The Slow Mo Guys have shown us time and time again. But with Hasbro’s new The Slow-Motion Race Game players don’t need a £100,000 high-speed camera to create a slow-motion effect; just lots of patience, steady pacing, and a willingness to potentially embarrass themselves.

The Slow-Motion Race Game (available in early August) is yet another party-focused title designed to provide more entertainment for spectators than those who are actually competing. It’s played using a pair of headbands that have been outfitted with buttons, speakers, flashing lights, and motion-sensors which facilitate the unique gameplay. 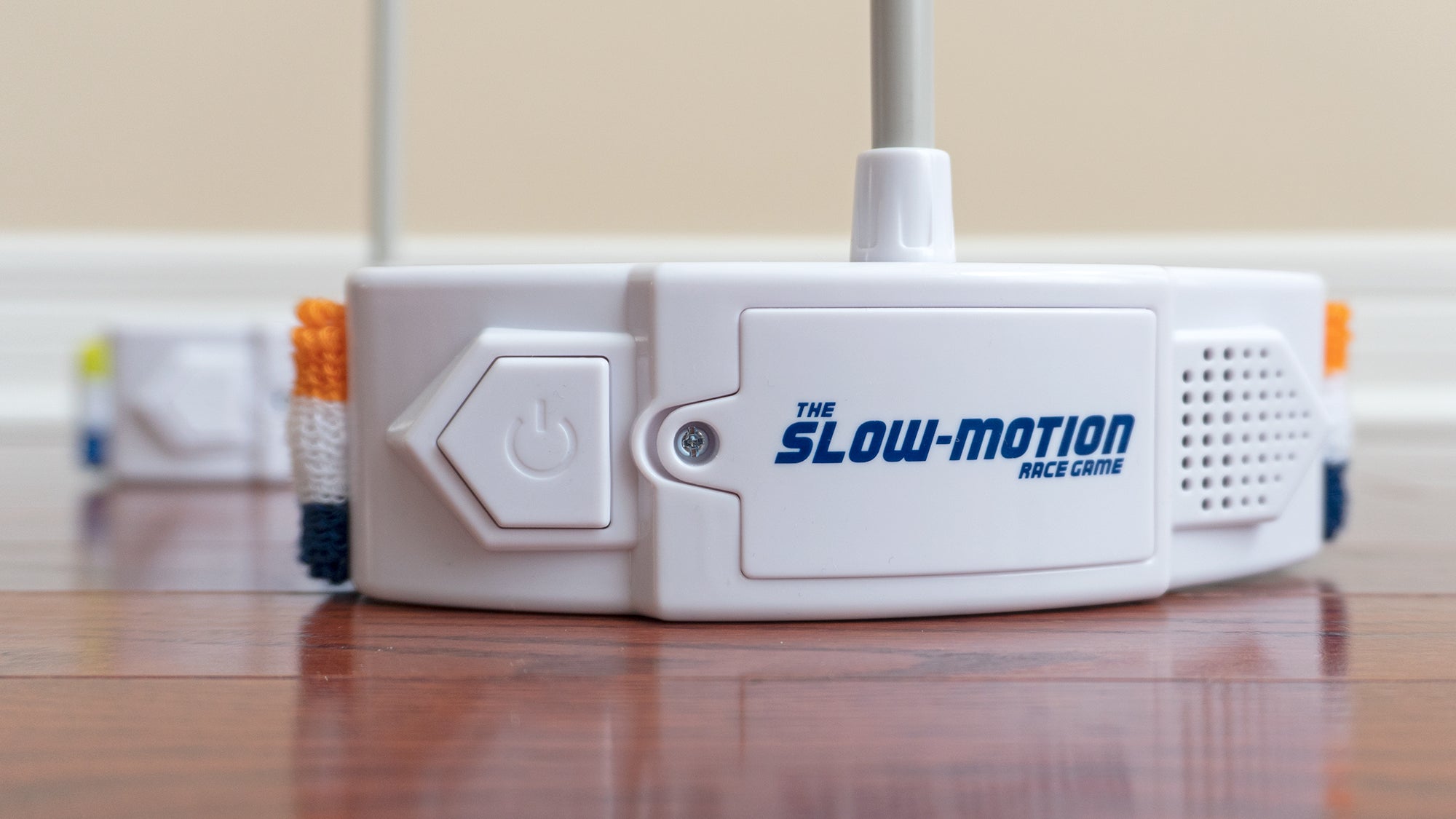 The headbands are a little clunky, but you don’t have to wear them for a 5K run, just however long it takes to slowly cross your living room. (Photo: Andrew Liszewski/Gizmodo)

A stretchable strap ensures the headbands will easily fit even the largest of heads, but the compartments that house the batteries (two x AAAs) and electronics aren’t exactly tiny. I don’t expect to find bleeding-edge technologies in a $20 (£16; UK pricing and availability TBA) party game, and the headbands are comfortable enough given you’re not wearing them for hours on end, but I do wonder why Hasbro didn’t develop The Slow-Motion Race Game as an app given we’re all carrying smartphones with essentially the same technology already built-in. 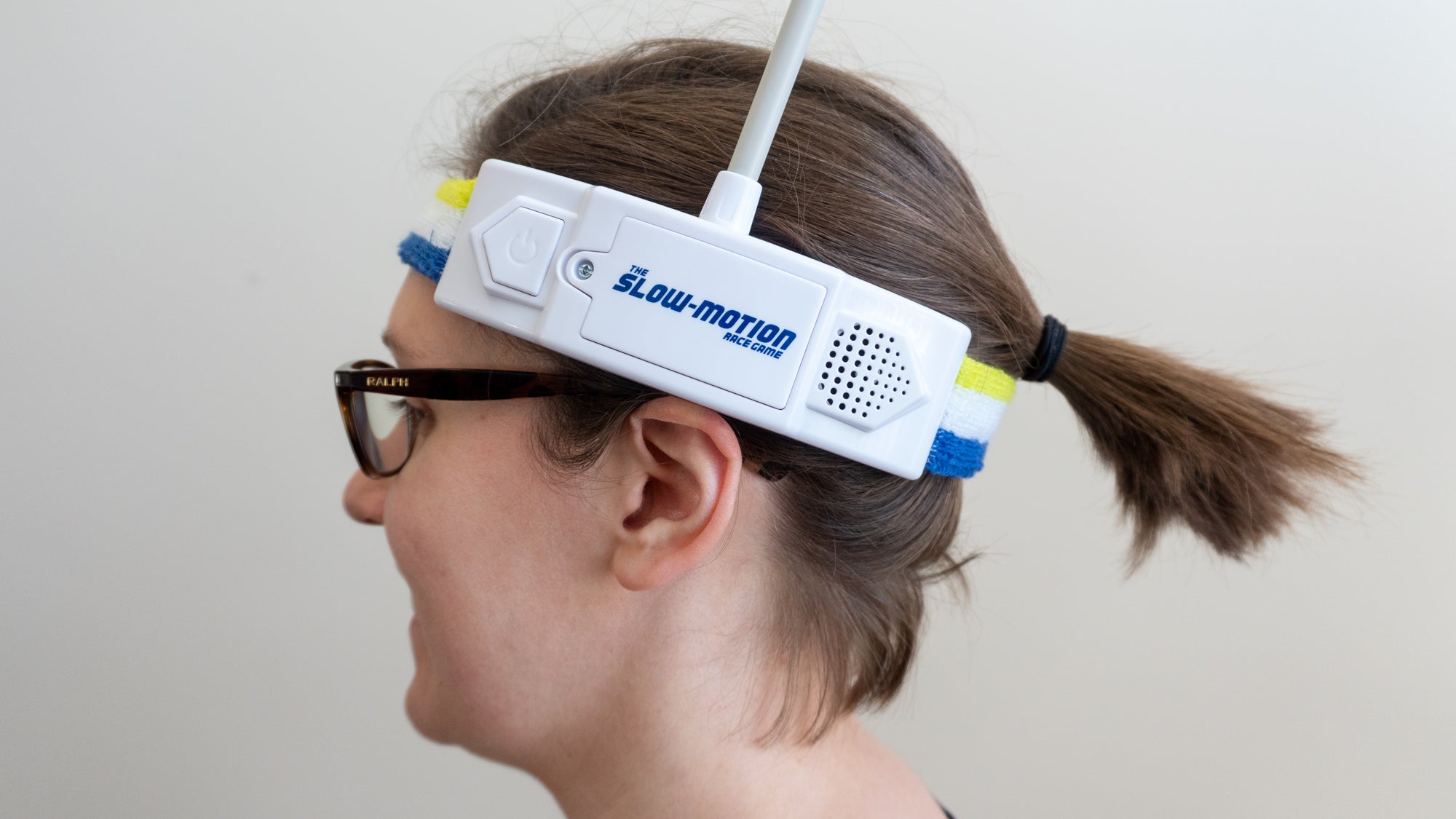 If fitness trackers existed in the ‘80s, they’d probably look a lot like this. (Photo: Andrew Liszewski/Gizmodo)

Playing the game is simple enough; two competitors each strap on a headband and when they’re ready to race, they simultaneously push a button on their heads which starts a beeping four-second countdown. When the countdown is done, it’s off to the races as each player tries to be the first to reach a prestigious cardboard trophy, which the game’s instruction manual conveniently origamies into. During the race an inspirational song plays (strongly influenced by Vangelis’ theme to Chariots of Fire) followed by cheering when the first player to reach the trophy hits the button on their headset again to end the race. 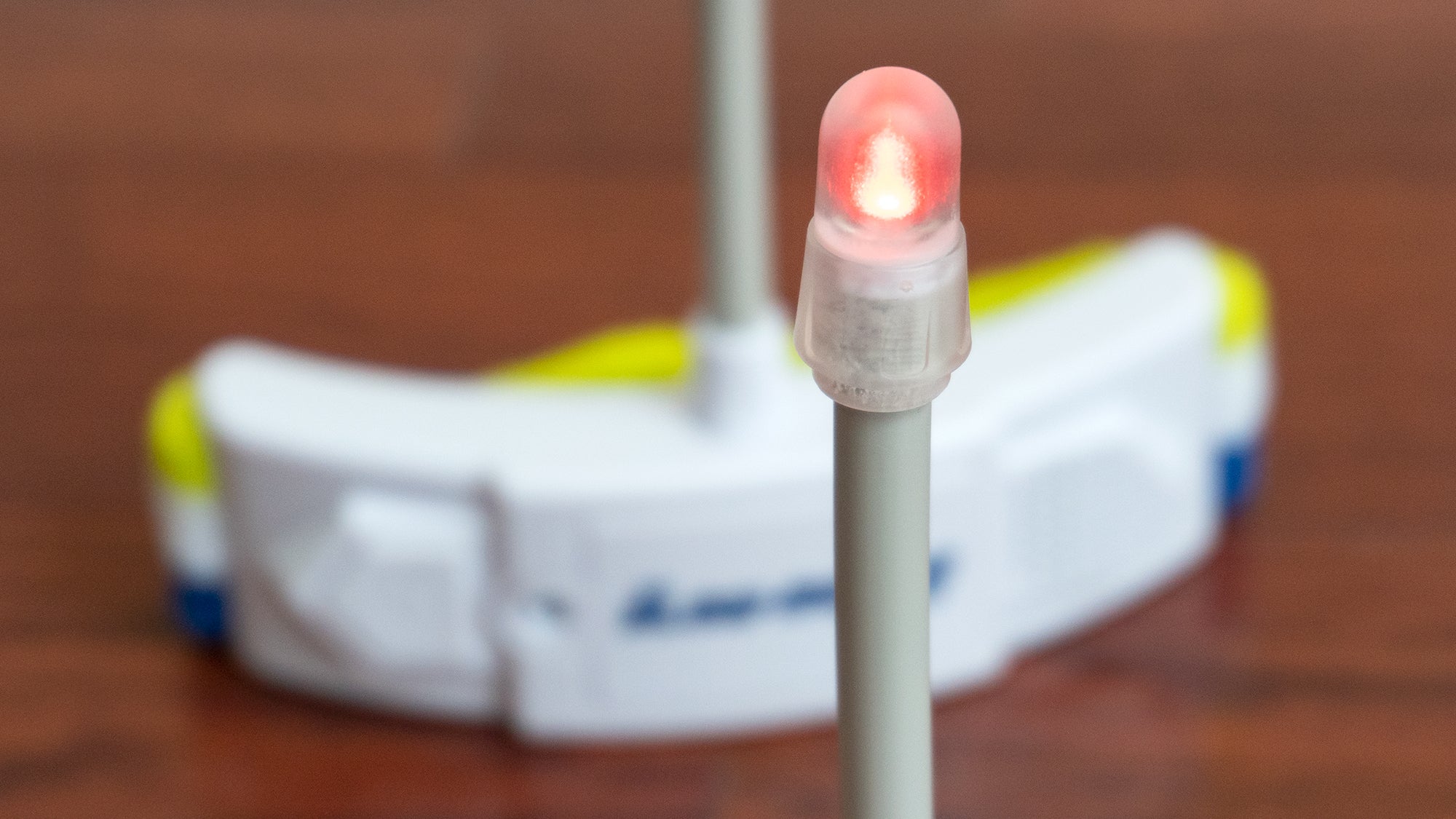 In addition to an audible buzz, a light atop each headband indicates when a play has moved too fast. (Photo: Andrew Liszewski/Gizmodo)

But a mad dash isn’t the key to victory here. The motion sensors in the headbands severely limit how quickly a player can move. If you’ve ever pantomimed a crash in slow motion or staged slo-mo fisticuffs, then you’re already well-versed in the tactics needed to win. If a player moves too fast, a buzzer sounds and a light atop their headband turns red, requiring them to stop moving altogether for a few seconds which gives the other player an advantage for a few seconds. 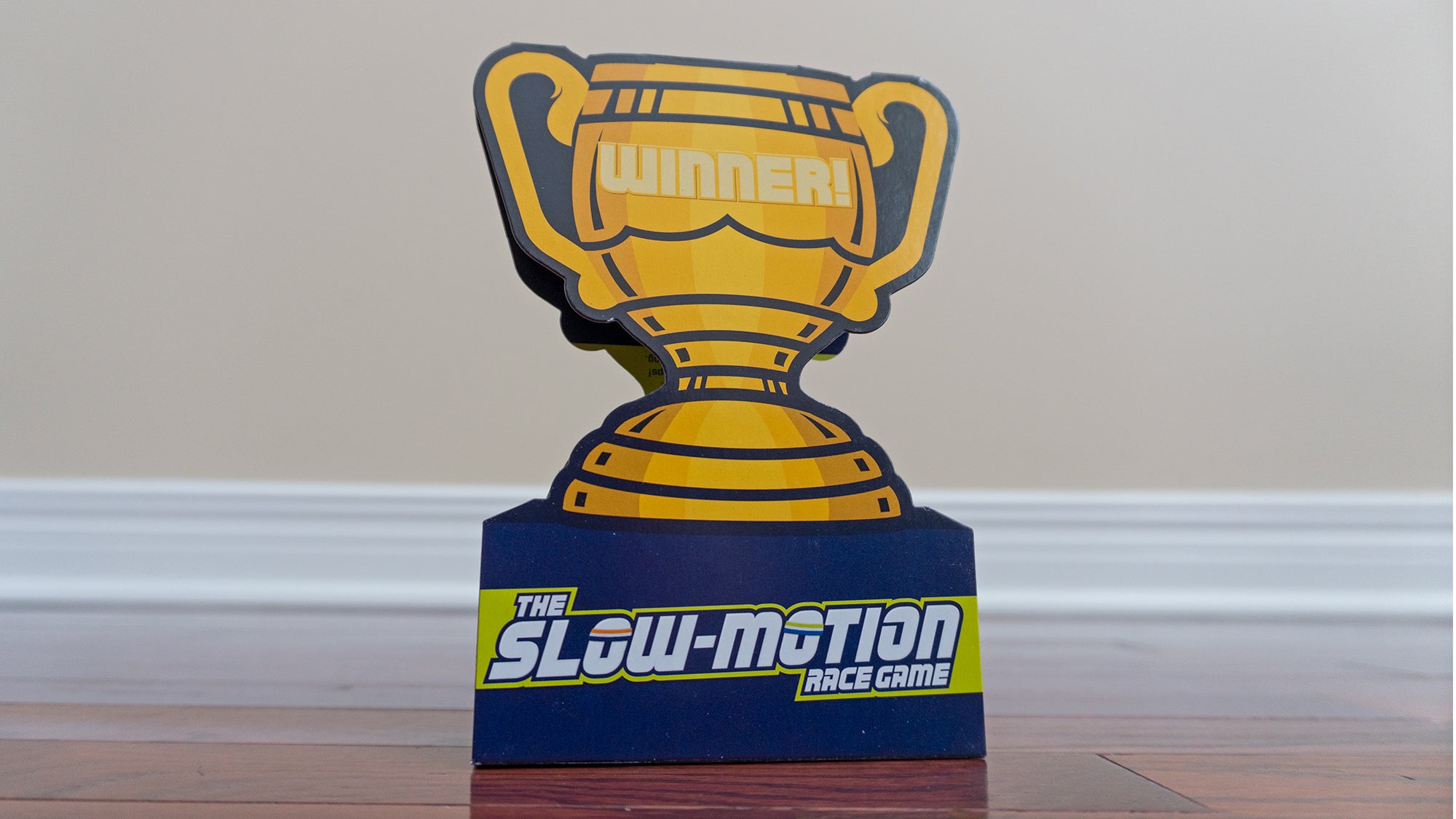 The esteemed trophy the winner gets to host. Just don’t get it wet, that’s 14K cardboard. (Photo: Andrew Liszewski/Gizmodo)

Playing is equal parts fun and frustrating, as the motion sensors in the headband seem to be only looking for sudden, jarring movements. Walking too quickly will set off the penalty alarm, but so will accidentally putting a foot down with too much of a thud, or making a sudden quick jerk of your head. There will be lots of, “aw, come on!” moments during a race, but there’s also some fun to be had in trying to figure out how to beat those motion sensors. I was able to make long smooth strides by sliding my feet across the floor with outstretched legs without getting nabbed for speeding, but pushing your luck is always a gamble given the risk of penalty. There’s definitely $20 worth of fun to be had with The Slow-Motion Race Game, and not just for kids. [Hasbro]