We Destroyed the 'Unbreakable' Tights, But They Still Beat Every Other Kind

Anyone who’s ever worn tights can tell you they’re fashion’s flimsiest wardrobe staple. Toenail too sharp? Well, there’s a hole. Did you try shoving your foot in without delicately scrunching up the fabric beforehand? 100 per cent guaranteed tear. Wearing thigh high boots with a zipper? Hello, snag and huge ladder.

What is it?: Tights made from the same fibres as bulletproof vests
Price: $99 (£74)
Like: Survives stabbing, sharp toenails, and the washing machine.
Don't Like: Pricey. Ultimately breakable.

So I was intrigued when I got Sheertex’s CES pitch in my inbox in December. Tights made from the same fibres as bulletproof vests? The Gizmodo women unanimously told me I’d be a fool not to check them out in person. And to my surprise, they were pretty sturdy. I could stuff my entire arm down the leg, pull, and it wouldn’t break. We stuffed it in a zipper and nope, no tear. But I still had a bunch of lingering questions.

Sheertex claims its $99 tights last ten times longer than the competition, but that’s a vague, somewhat unquantifiable claim. I had no doubt that its proprietary polyethylene knit was strong, but exactly how strong? I wanted to know how well it would hold up in everyday wear for women of different body types and sizes, and if it could survive a tumble in the washing machine. (Real talk, who in their right mind has time to hand wash tights?) Most importantly, I wanted to find out if the Sheertex’s superior strength came at the cost of comfort.

So with the help of my fellow Giz ladies, I decided to put as many pairs of Sheertex as I could through the wringer in a series of increasingly ridiculous tests to see if these pantyhose truly deserved the title of “unbreakable.”

The Trials of the Modern Tights Wearer

First off, comfort and durability. There’s a lot of things you can buy in the region of £74—a Sonicare toothbrush, a fancy sushi dinner, or you know, roughly 15 pairs of supermarket tights. So a lot of the question of whether it’s worth plopping down that much cash for Sheertex depends on how long they last.

As of this writing, I’ve worn the same pair of Sheertex for three full days and it’s survived two whole trips through my laundromat’s none-too-gentle washers and dryers. It also survived my janky, sharp toenails, and what Sheertex calls the “stomp” test. Basically, you stick your foot through a leg and try to stomp down as hard as you can while pulling upwards as hard as you can. At CES I almost broke a nail doing this with a tester, and so it wasn’t a huge surprise that the real thing held up pretty well to everyday wear and tear. 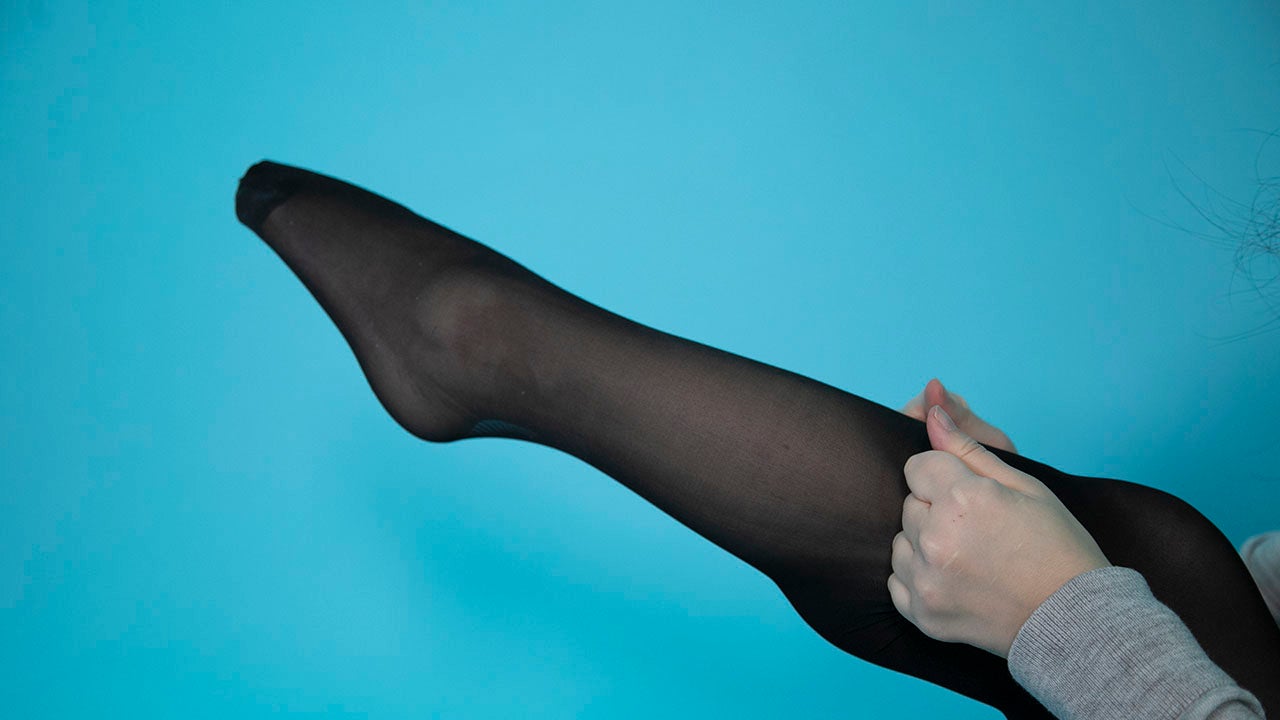 I will say that the Sheertex’s control top is a bit tighter than your average tights. At the end of the day, it felt a bit like I’d been wearing Spanx and taking them off was akin to letting down your zipper after stuffing yourself during Christmas. Gizmodo video producer Eleanor Fye tried a pair of the XL Sheertex and noted that while comfortable in larger sizes, she did experience some inevitable rolling down.

We also wore them while dancing. While it’s nice if tights can survive a sedentary day at the office, it’s important that they’re comfortable during activities. They held up pretty well during an impromptu dance session where I did my best Gina Linetti from Brooklyn Nine-Nine impression. I also wore them under some leggings to my weekly dancehall class. They held up decently well—no crotch splitting, but they did get a bit chafe-y the more I sweat in them.

All in all, you can stretch and twist the Sheertex as much as you like and they won’t break. You’d have to be the Hulk to tear a hole through these things. Meanwhile, my puny noodle arms were perfectly capable of ripping through a pair of supermarket tights. I count that as a win for Sheertex.

I should say that Sheertex’s marketing materials explicitly state that its tights are “intended for the boardroom, not the battlefield. It is not a protective garment or form of body armour. It is not a rope. Use as intended.”

But that’s no fun. If you’re going to call your tights unbreakable, I’m going to push them to the limit to see just what it would take to break them. Thankfully, Gizmodo is the kind of workplace where sharp knives are in abundance (for packages, we swear) and a machete is on hand.

At CES, Sheertex category manager Natalie Catania told me that yes, if you take scissors to the tights, they will eventually cut, but that it’s quite difficult. That pretty much held true. Granted, the scissors I was using were on the duller side, but actually shearing through the Sheertex took some effort. Comparatively, I could snip through the competitor tights with relative ease. 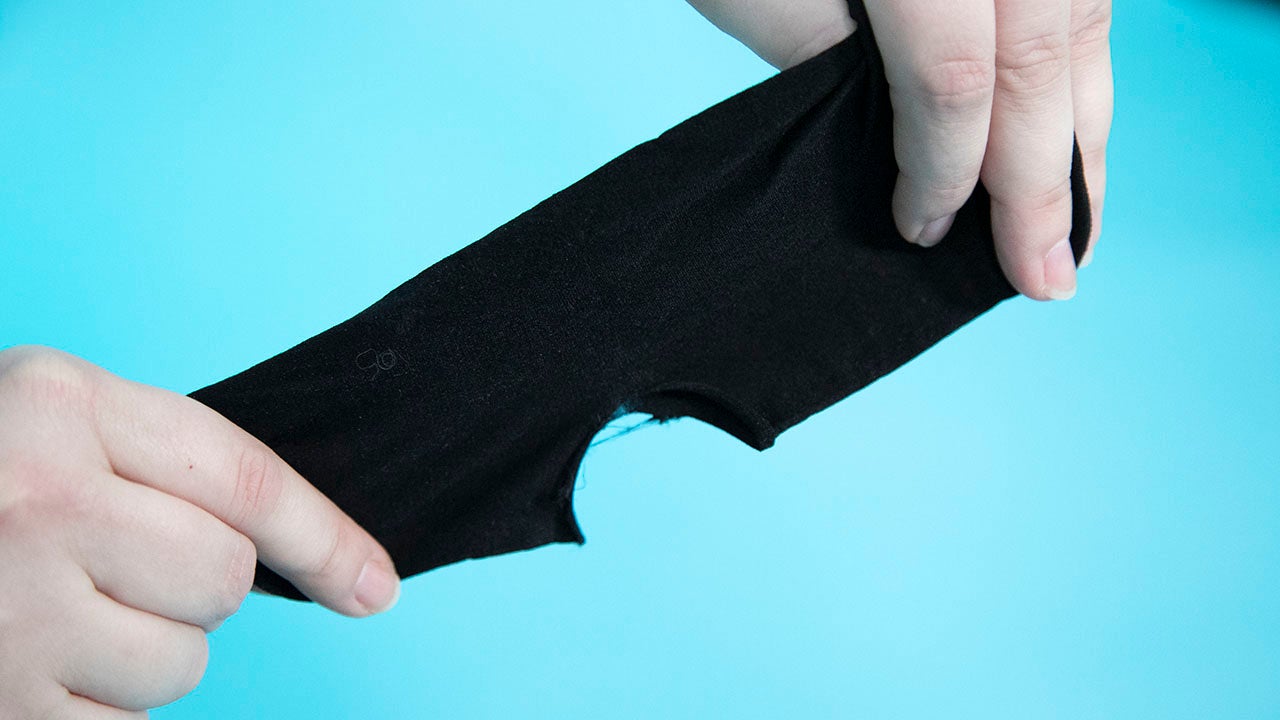 Sheertex did not survive the office machete. To be fair, most things wouldn’t. (Photo: Victoria Song/Gizmodo)

Stabbing is where things got more interesting. I borrowed a sharp knife from a coworker, stuffed some potatoes into the Sheertex to mimic a human leg, and stabbed. To my surprise, it didn’t matter how hard I stabbed, the Sheertex did not break. Sure, there was potato juice all over my hands and I could feel the puncture marks in the potatoes...but the Sheertex came out unscathed. Needless to say, the supermarket tights did not survive this test.

Lastly, I took the office machete and whacked at both pairs of hosiery. The supermarket tights split apart with minimal effort. The Sheertex didn’t survive either, but as with the scissors, the hole wasn’t nearly as large and didn’t spread quite as quickly when pulled.

What this tells me is that Sheertex tights are actually quite resistant to pulling and stretching motions—hence why it survived knife stabbing but not the slicing-hacking-and-slashing of the machete. That makes sense. Everyday activities are more likely to stretch and pull at fabric than say, slice and dice it.

A Ham-azing Adventure On The Bridge

So with washing, stabbing, and everyday wear covered, there was just one thing left to test: Scrapes.

Falling down is just a fact of life, but doing so in tights is a recipe for destruction. Especially if you fall on concrete. I wanted to see if the Sheertex could hold up for accident-prone klutzes like me. But seeing as no one at Gizmodo wanted to physically injure themselves for this test, we decided the best course of action was to stuff an 8-pound ham into the Sheertex (again, to mimic human flesh), tie it to the back of a bicycle, and drag it across the bridge. 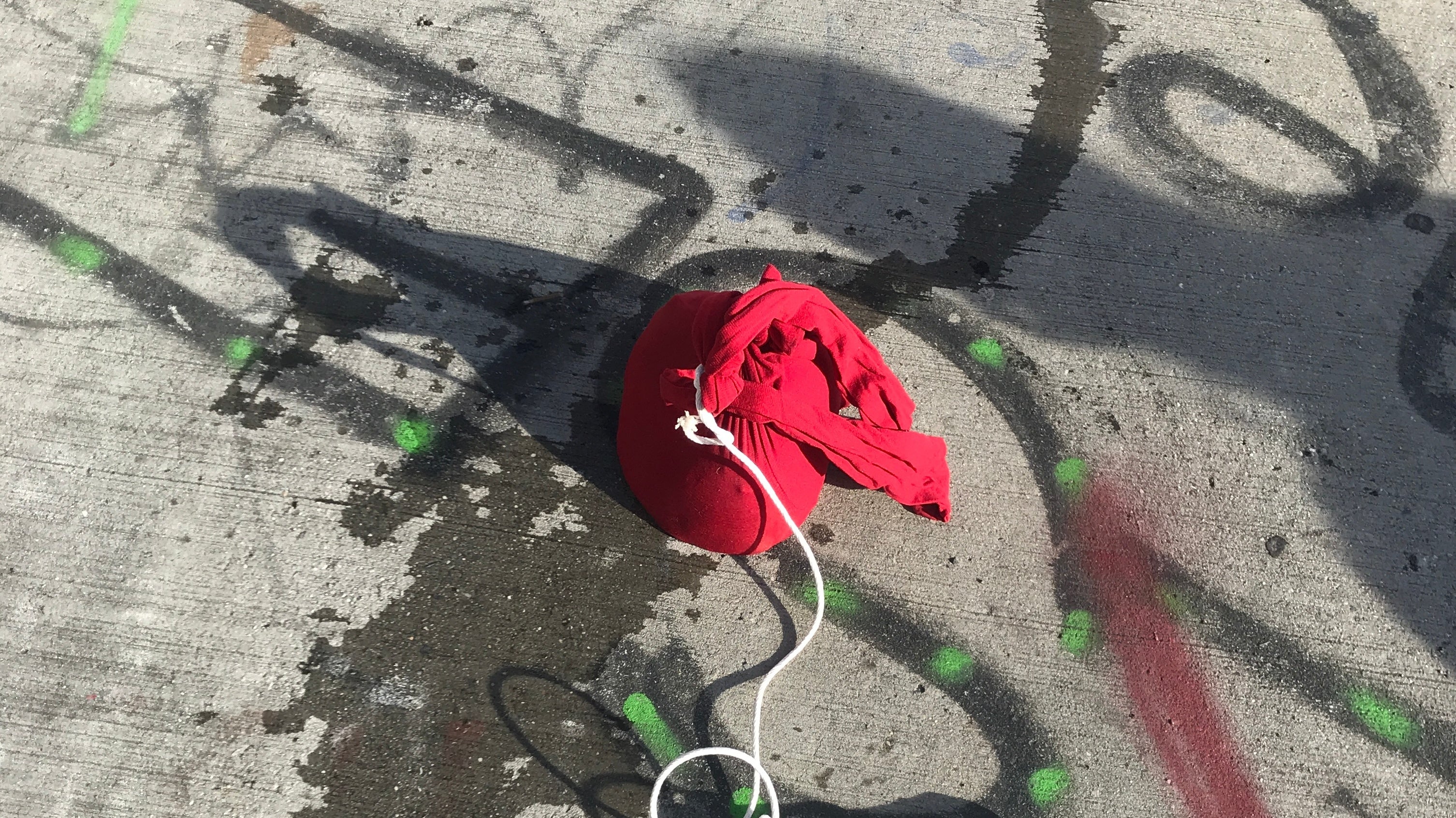 Our very scientific method of stuffing an 8-pound ham in some competitor tights. (Photo: Victoria Song/Gizmodo)

We got yelled at by some confused cyclists, and my hands stank of ham juice for hours, but the results were pretty clear: The Sheertex was not fully immune to tarmac. It did however, do a helluva lot better than the supermarket tights. One pass across the bridge ended up in a huge hole in the competitor tights. The Sheertex also ended up with some holes, but it took longer and the holes were much smaller.

Granted, in real life you’re unlikely to get dragged across a bridge. And considering that’s what it took to see some holes, it’s probably safe to assume that the Sheertex would survive a quick fall or tumble.

So, are the Sheertex worth their price tag? Definitely, if tights are a regular part of your wardrobe. You could potentially save a lot of room in your dresser by owning a pair or two and throwing out the rest of your crappy, tear-prone tights. And if you’re not stabbing them with a machete, they’re durable enough to last at least a few months of casual wear. 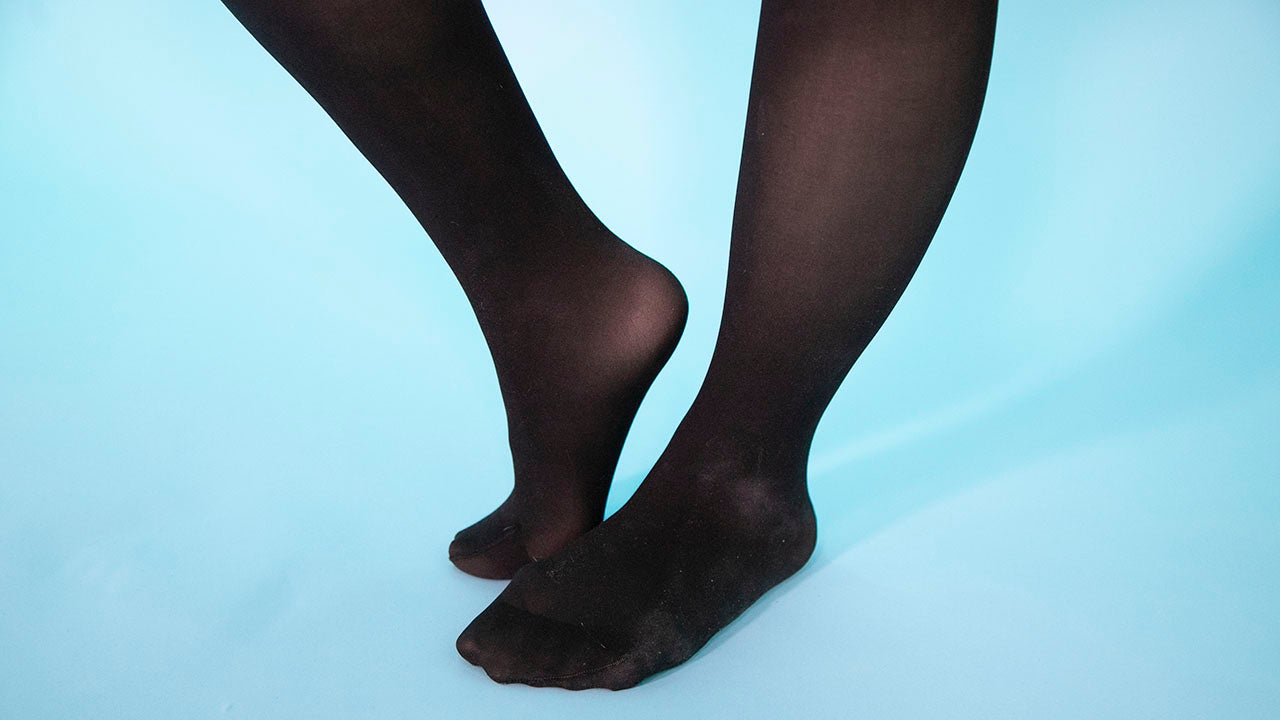 That said there are a few limitations. Right now the Sheertex are only available in black, though there’s a Kickstarter for a nude-coloured version. Plus, if you’re expecting an uber comfortable experience, I regret to inform you that the Sheertex are durable but feel like any other pair of hosiery. If you’ve got a busy day of running around, you’re probably going to get sweaty and a little bit of chafing is inevitable.

Still, even if the Sheertex technically aren’t unbreakable, they do solve the very real problem of flimsy tights. That alone makes earns them a gold star in my book.