On March 15, a rare, giant cyclone made landfall in Mozambique before making its way west to Malawi and Zimbabwe. By Saturday, Cyclone Idai had dissipated, but not before causing widespread infrastructural damage throughout eastern Africa and claiming more than 200 lives, reports Al Jazeera.

The Mozambican city of Beira, the fourth largest in the country, is “90 per cent” destroyed, according to a preliminary estimate by Jamie LeSueur of the International Federation of Red Cross and Red Crescent Societies (IFRC). With a population of more than 500,000, Beira’s recovery is bound to be long: Aid workers couldn’t reach the city until Sunday because flooding cut off roads, and IFRC team lead LeSueur said “almost everything is destroyed.”

This just in: shocking footage from our team via helicopter that has just arrived in #Beira, #Mozambique. The devastation is widespread with barely a house intact following #CycloneIdaipic.twitter.com/BnyqVIJ9YF

Mozambique had received some 5.5 to 7.4 inches of rain in 24 hours in the week before the storm even hit. Seven people died then, and more than 30,000 were already experiencing displacement, according to ReliefWeb. The cyclone’s heavy rainfall—it was expected to drop up to 18 inches onto Mozambique—has only made things worse.

This cyclone was, indeed, unusual, as it’s the seventh cyclone in the Indian Ocean this season. That’s more than double the average for this time of year. Unfortunately, although the cyclone has fizzled out Mozambique’s Institute of Meteorology expects conditions of extreme rain, thunder, and wind to persist throughout the country until Thursday. 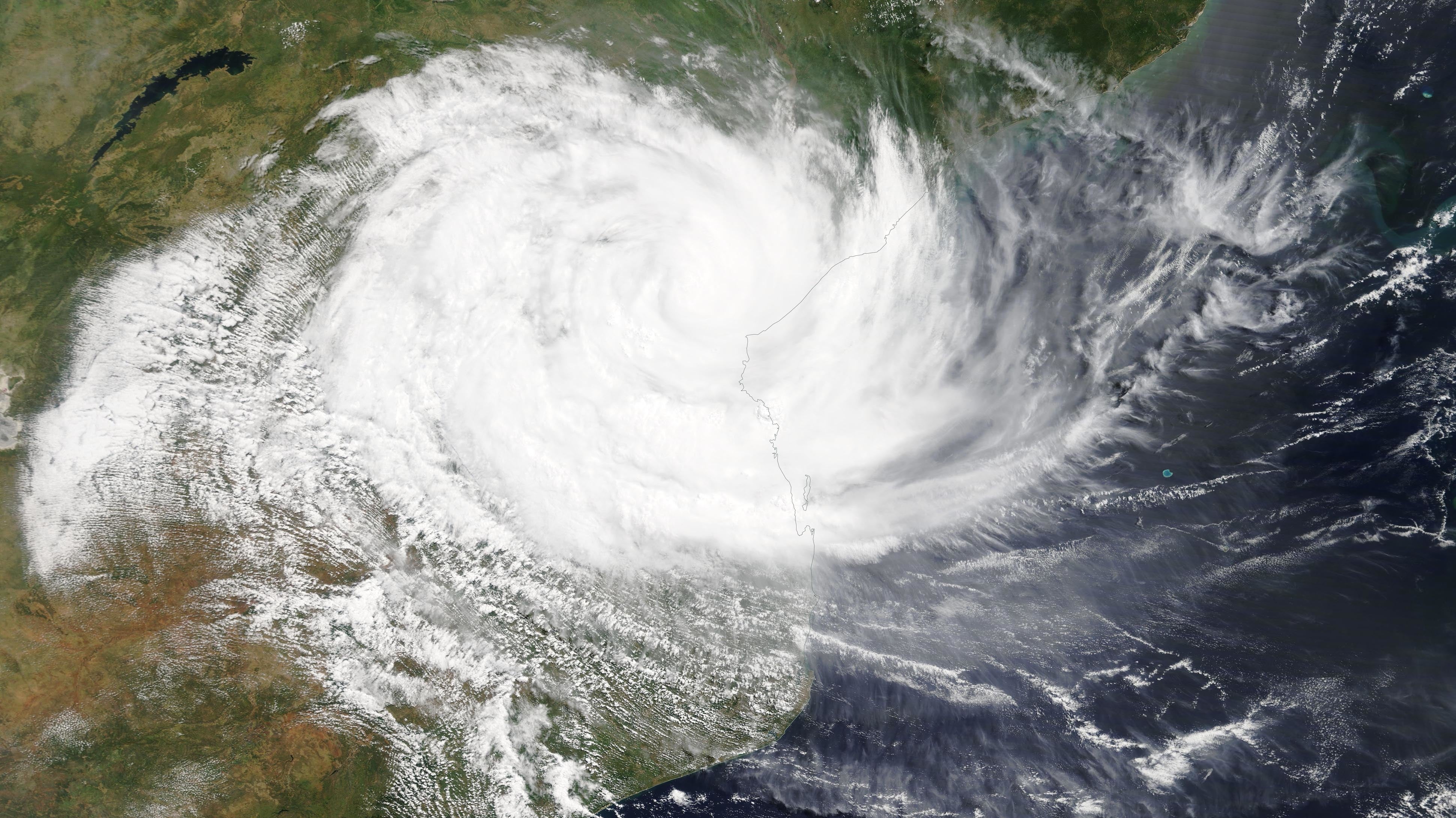 Meanwhile, the United Nations Office for Outer Space Affairs activated an international charter Monday, which should help agencies map out the damage and necessary response through satellite imagery.

The United Nations is requesting $40.8 million (£30.8 million) in US dollars for emergency relief. The European Civil Protection and Humanitarian Aid Operations has already allocated 150,000 Euros (£128,363) to Mozambique to provide shelter and health needs and another 100,000 Euros (£85,575) to help Malawi with relief efforts.

So far, agencies estimate that the cyclone has impacted about 850,000 people in Malawi and Mozambique—half of whom are children. The flood waters have also taken down 145 houses and four major bridges in Zimbabwe, according to ReliefWeb. Schools and clinics have likely suffered extensive damage throughout the region, as have crops and local water supplies, per the World Meteorological Organization. Currently, healthcare and clean water are “high priorities” for government relief efforts, according to Al Jazeera. 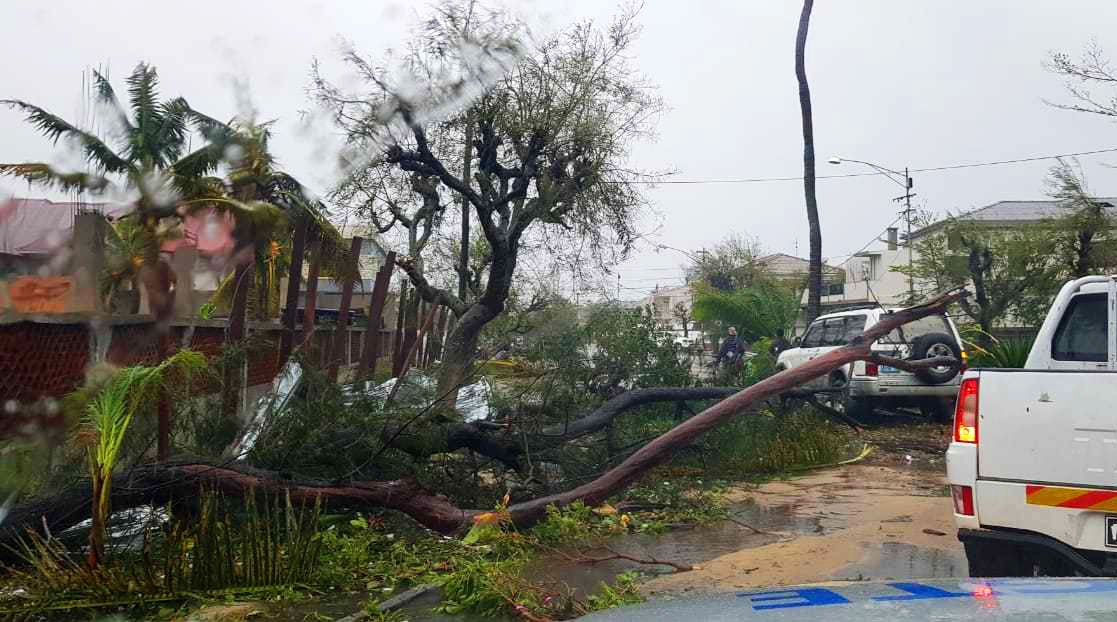 The cyclone has downed trees and cut communication throughout Mozambique. (Photo: International Federation of Red Cross and Red Crescent Societies)

It’s hard to say whether climate change had an influence on this cyclone, which was big but not unprecedented for the region. But the strongest cyclones have grown more common in the Southern Indian Ocean since 1994, according to a 2018 study, and their frequency is likely to continue increasing as our oceans warm. Overall, climate change is forecast to put more pressure on southern Africa in the future, through more heavier rainfall events and more drought. As Cyclone Idai demonstrates, governments will need to start preparing.