Fitbit's Newest Inspire Fitness Trackers Fail To Do Just That

Despite what wearables makers would have you think, it’s not just all smartwatches. There’s still a place for the humble fitness tracker. For starters, they’re much cheaper than smartwatches, provide accurate fitness tracking, have better battery life, and are perfectly adequate at delivering push notifications. This basically sums up Fitbit’s new flagship fitness trackers, the Inspire and Inspire HR.

At £90, the Inspire HR is less than a quarter of the price of an Apple Watch Series 4. The Inspire, which omits the heart rate monitoring, is even cheaper at £70. Similar non-Fitbit fitness trackers, like Garmin’s Vivosmart 4, are still more expensive at £120. So from an affordability standpoint, Fitbit’s Inspire line is definitely worth a closer examination. After all, if it can’t deliver the same performance customers have come to expect from Fitbits, what good is the lower price?

What is it?: A super cheap, casual fitness tracker for beginners.
Price: £90 (£70 for the Inspire)
Like: Accurate tracking at an affordable price.
Don't Like: Boring design. Doesn't stand out.

I spent a week with the Inspire HR, and so far, it’s been a mixed bag. Functionally, I don’t have much to complain about. It tracks my steps, distance, calories burned, and active minutes—just like any fitness tracker worth its salt does in 2019. I get continuous heart rate monitoring, and I can confirm that you’ll get at least five days of battery life off one charge. It’s water resistant to 50 metres or 5ATM, which is generally the standard needed to be considered swimproof—and yes, the Inspire HR survived multiple showers and run-ins with my dishes.

As for accuracy, the Inspire HR delivers a solid performance. On a one-mile treadmill walk at 3.5 miles per hour—the average walking speed—it logged 2,100 steps to my control pedometer’s 2,139 steps for an excellent difference of 1.8 per cent. It did equally well on a one-mile run at 5 mph, registering 1,924 steps to the control pedometer’s 1,992 steps. That’s a decent difference of 3 per cent. Heart rate tracking was also on point, falling within 2 beats per minute of an Apple Watch Series 4 during exercise, and within 10 bpm of my Polar H10 chest strap. (Chest straps deliver more accurate readings than wrist-based optical monitors, as they’re actually sending an electric signal to your heart.)

Automatic exercise tracking is also decent. I wore the Inspire HR to a groovy dancehall class, and while it tracked my 90 minutes of rhythmically challenged flopping around as a “sport” I was pleased it marked the exercise at all. Oftentimes, I’ll wear a Series 4 to the same class and despite sweating my bum off, it won’t register as exercise. 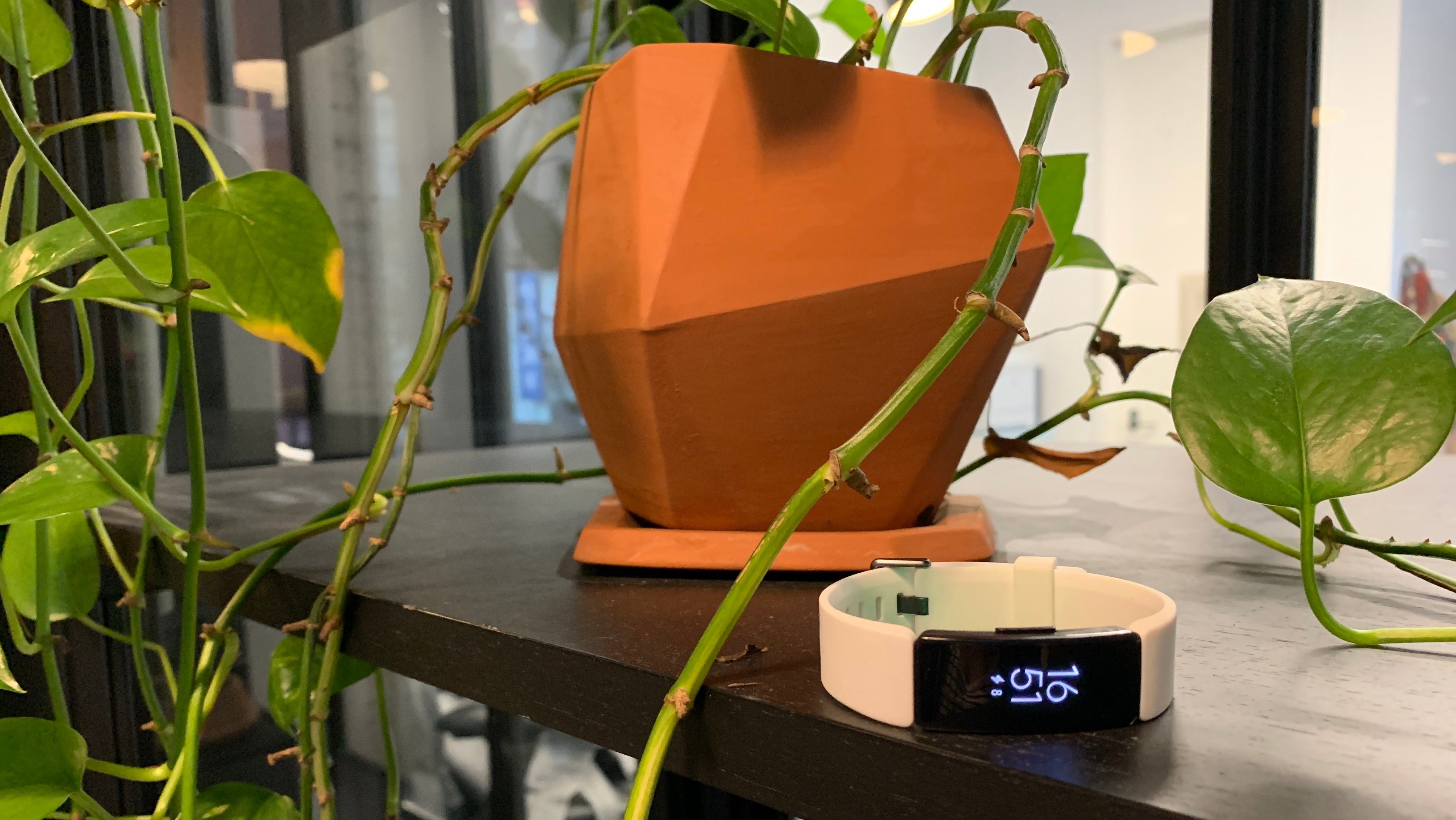 The design here is incredibly fine, but nothing to write home about. (Photo: Victoria Song/Gizmodo)

So if battery life is great, accuracy is on-point, and the price is super, shouldn’t this be the fitness tracker to end all fitness trackers? It might have been, if not for the design.

The Inspire HR’s design is disappointing. It copies the slim and sleek shape of Fitbit’s popular Alta trackers, and normally, I’d consider that a good thing. However, on my wrist, the Inspire HR just looks cheap. Gone is the Alta’s anodised aluminium body—what you get now is black plastic. Also, the joints where the screen meets the strap are less angular. While I can appreciate that Fitbit meant to make it a more rounded, modern look, I can’t help but feel the design choice makes it look more childish.

That’s not to say the Inspire HR hasn’t made any design improvements. The touchscreen is no longer dependent on taps, which was one of the major annoyances with the Alta. The monochrome screen is now swipe-based, as in you swipe down to access a quick menu to exercises, and up to view your daily stats. Still, Fitbit hasn’t managed to figure out how to reduce bezels and the Inspire HR has incredibly thick ones the width of my pinky finger at the top and bottom.

Also different is the mechanism for swapping bands. The Alta had a handy latch that made switching straps super intuitive and easy. The Inspire HR has opted for the same pin system as the Versa. It’s not hard per se, but it is cumbersome and for me, makes me disinclined to ever swap out straps. 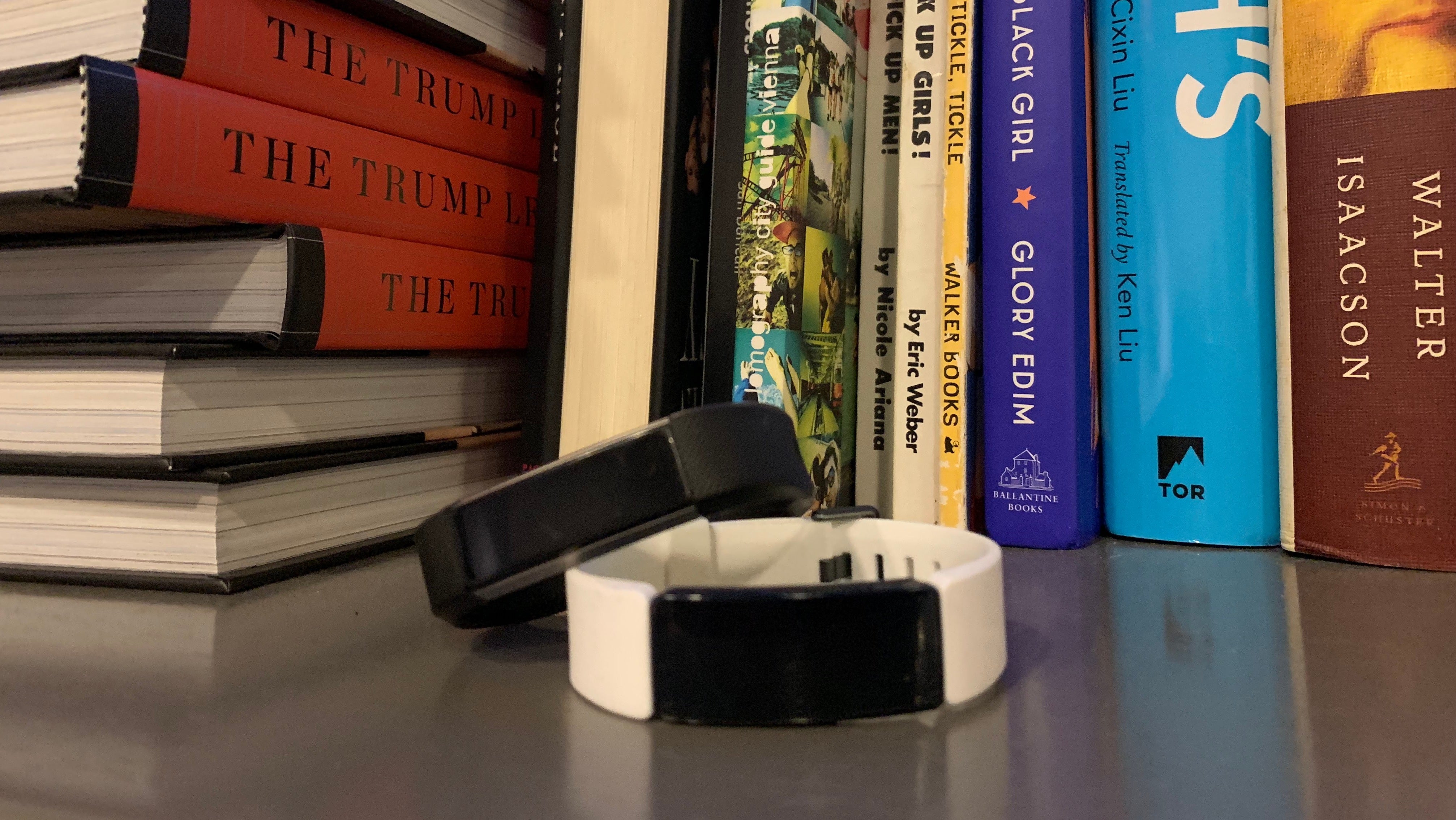 The Fitbit Alta versus the Inspire HR. (Photo: Victoria Song/Gizmodo)

You can, however, opt to do away with straps entirely and plop the tracker into a clip accessory, which used to be the purview of Fitbit’s cheapest trackers. That’s because with the Inspire and Inspire HR, Fitbit is obliterating its entire lower-end product offering. The Inspire trackers will effectively replace the Fitbit Zip, One, Flex 2, Alta, and Alta HR—meaning your only other options in the Fitbit family will be its series of smartwatches and the Fitbit Charge 3.

That’s smart business, but wearing the Inspire HR, I can’t help but mourn the Alta HR. Before the Versa, the Alta HR was the Fitbit I most commonly recommended to casual wearables users. Not only was it stylish and discreet, it also wasn’t horribly priced and it delivered accurate tracking metrics. Other trackers followed suit, and you can definitely notice the Alta HR’s design influence on Garmin’s Vivosmart 4.

It might seem petty to whine about the Inspire HR’s looks, especially since functionally it’s not really a compromise or step down from the Alta HR. But design is a big part of whether you actually stick with a wearable in the long run, or if it simply collects dust at the bottom of your drawer. I’m pretty sure no one is going to compliment me on the Inspire HR unless I opt for a nicer accessory. Meanwhile, I’ve gotten plenty of compliments while wearing the Alta HR and Versa. Sure, it’s extremely vain, but it is a motivating factor in keeping your tracker charged and on your wrist. In that sense, the Inspire HR feels like a blatant corporate cash grab, which is a stinking shame. 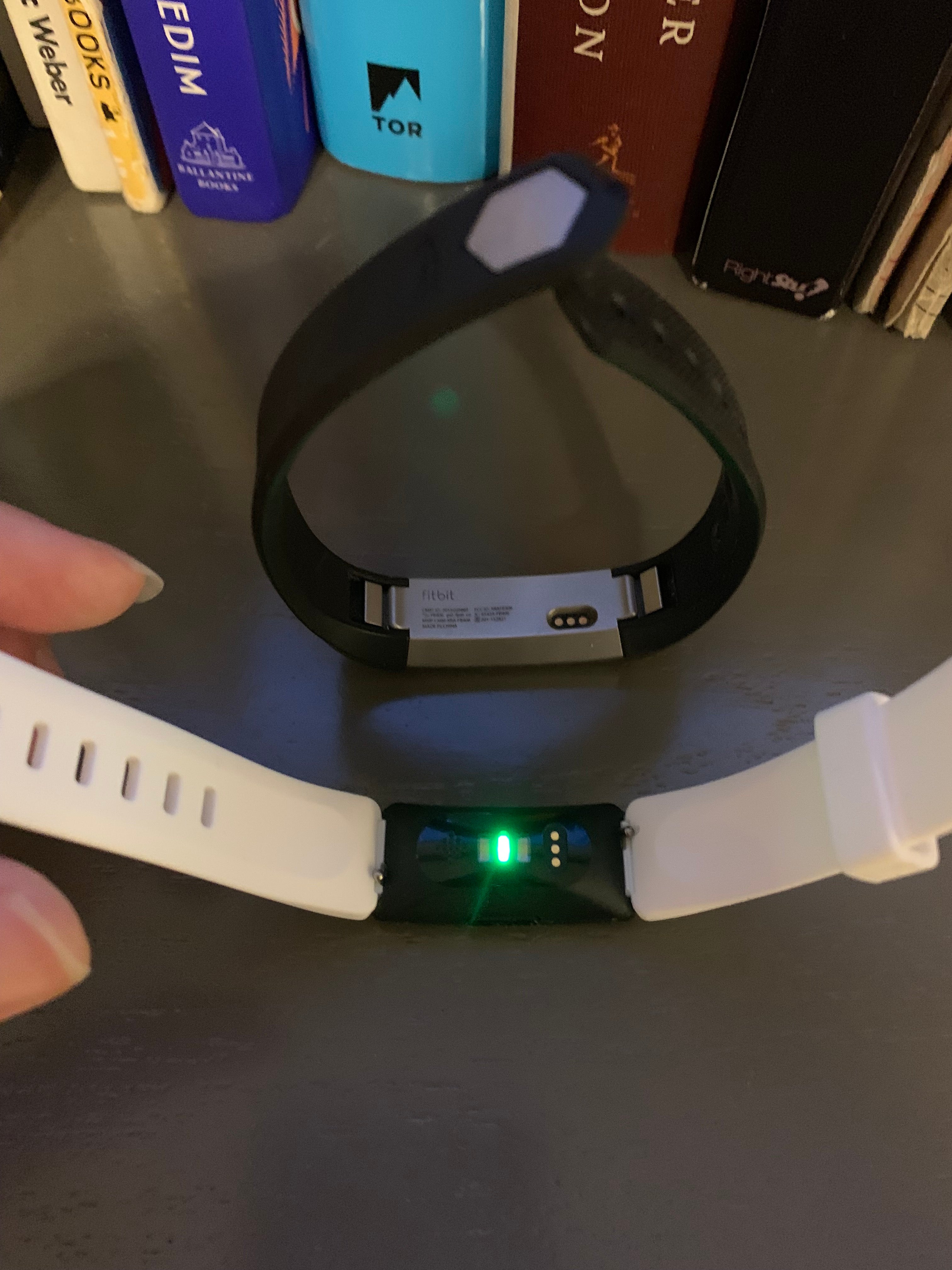 Not a fan of the new pin mechanism, but to each their own. (Photo: Victoria Song/Gizmodo)

All this makes Fitbit’s Charge 3 a much more attractive option for a simple fitness tracker. It’s only £40 more, but you get about seven days of battery life—and yes, an extra two days does make a difference—plus all the same tracking features, and some smartwatch-esque functionality via apps. There’s a bigger touchscreen, haptic feedback, and it’s just a classier looking device. Likewise, Garmin’s aforementioned vivosmart 4 is also a solid alternative. It’s £30 more, and you give up the ability to switch out straps, but it actually makes use of its Sp02 sensors and Garmin’s entire software platform is better suited to anyone who really wants to get into their data. (Fitbit’s platform is much more palatable to anyone who wants a more streamlined view.)

But really, the Inspire HR’s lacklustre design and failure to truly differentiate itself from the Charge 3 just makes me wonder: Why bother at all? After all, Fitbit just released its Versa Lite Edition which gets you all basic powers of its smartwatch ecosystem, for just £60 more than the Inspire HR.

If this sounds harsh, it admittedly may be. It is admirable that Fitbit managed to figure out a sub-£100 tracker, especially since it performs quite well. But naming your tracker “Inspire” ought to evoke that feeling in some form—and it just doesn’t.