How We Turned Gulls Into Trash Birds

By Amy Brady on at

For most of his life, British author and BBC radio producer Tim Dee has been a birdwatcher. But it’s not finches and sparrows that have captured his heart—it’s gulls, those large, squawking sea birds with a fondness for discarded chips. While many of us think of gulls as little more than flying rats, Dee is loves to study gull behaviour in landfills across Britain. He also helps to net and ring them for scientific research. 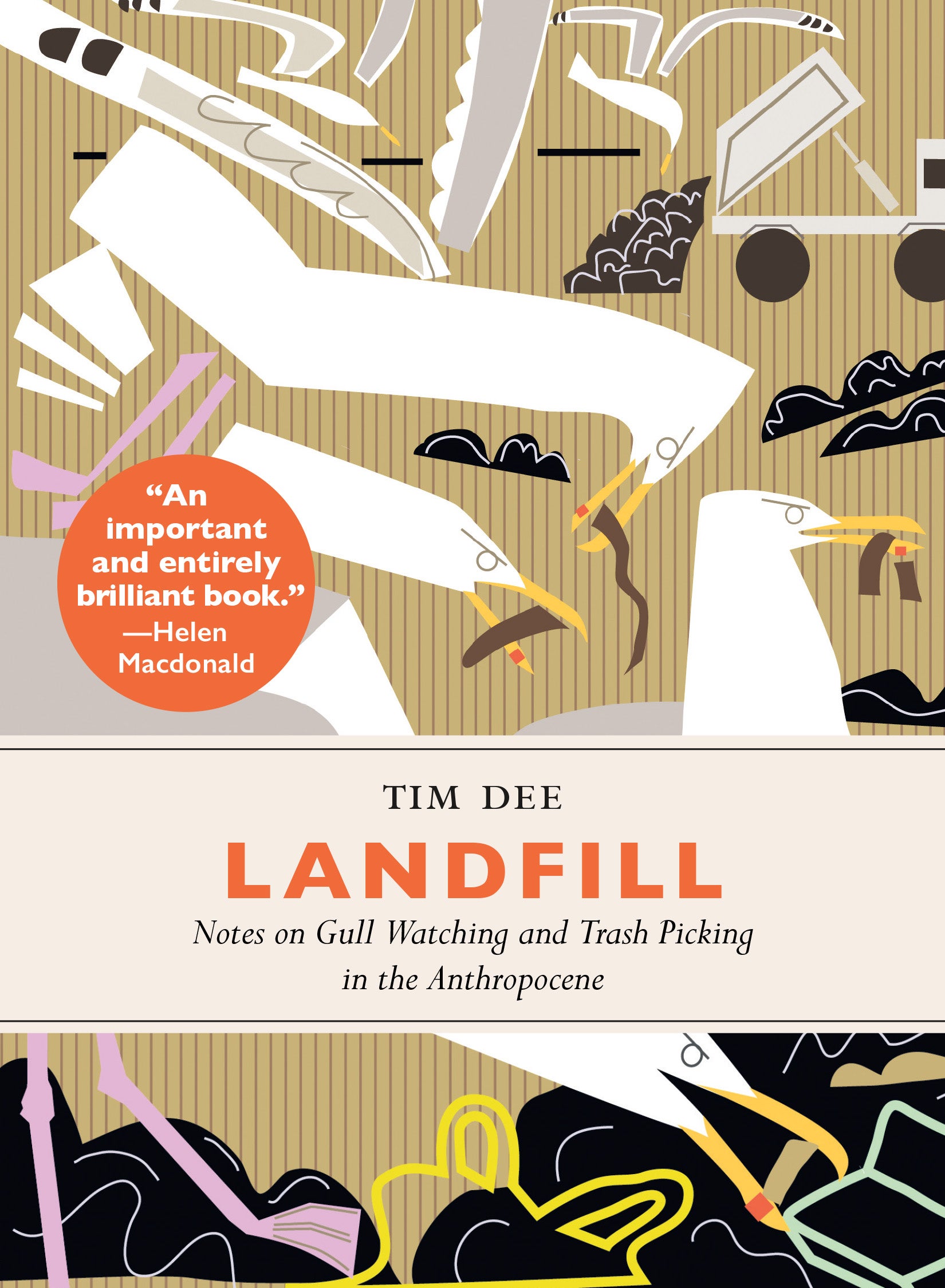 In his recent book Landfill: Notes on Gull Watching and Trash Picking in the Anthropocene, Dee describes those dumps and their inhabitants in all their stinking, sliming glory. Stepping over half-rotting pizzas and hypodermic needles, the author and his colleagues watch as the gulls dig through trash to find whatever’s edible. He considers how our trash habits have created new ecosystems for the birds, and how, as we change those habits, we are affecting how the birds live and feed. Moreover, he comes to realise that humanity’s default view of gulls as “dirty” animals is rooted in how we feel about ourselves.

“Nowadays, gulls are trash birds,” he writes. “Their coming among us has lowered their sea-bird status. Today they are seen as déclassé and mongrelising in their habits. […] By moving towards us, they’ve risked becoming like us.”

Combining travel and science writing, Landfill is a lyrical and sweeping look at how humans and their trash have altered the behaviours of one of the most recognisable groups of wild animals on the planet. We spoke with Dee about the new book. The interview has been edited for length and clarity.

What inspired you to start gulling?

Dee: I’ve been a bird watcher for nearly 50 years—basically all my life. I thought of them [gulls] as the birds that lived around the edges of Britain. But I soon learned that they were congregating in landfills and started to wonder what drew them to these places. I discovered that in the nineteenth century, gulls became urban animals. People would throw bits of food to them during their lunch breaks. What followed was a new way of viewing these birds. Rather than seeing them as the extraordinarily successful and highly adaptable animals that they were and are, they were seen as immigrants, aliens, or an invasive species, coming into our lives and stealing our chips. I was fascinated by this double life.

What is it about landfills that attract gulls?

Dee: In the US and much of Europe, we have become a culture of wastefulness, and landfills have become sites of domestic and restaurant food waste. All that waste is of immense nutritional value for gulls. But as we have become slightly more ecologically minded, especially in Britain, we’re seeing much less food waste going into landfill sites. It’s being separated out, composted. At the same time, some landfills, like Fresh Kills in New York City, are being covered over and landscaped. What this means is that the gull moment that I’ve been enjoying the last thirty years is coming to an end. Unfortunately, this also means that birds are taking bigger risks to find food, such as coming into the streets of urban environments. From Britain they’re also flying to France—where, let’s face it, they make better chips—but it’s hard for a gull to fly across the channel.

This seems like a complicated ethical situation. On the one hand I’m happy to hear of efforts to clean up landfills and reduce waste, but on the other hand, we created these places for gulls to thrive, and now we’re forcing the birds to live elsewhere.

Dee: Yes, this is a classic conundrum of the Anthropocene. The gulls are being forced to live in a much smaller and more crowded environment. Once they move inland, they adapt rapidly, and that feeds into how we feel about these birds and about urban nature in general. They try to make their way alongside us but we find them predatory, even pestilent—the equivalent of flying rats.

“Our rubbish speaks volumes about who we are, or who we think we are.”

In your book you write that gulls have historically served as early indicators of widespread environmental and health problems because they eat our trash.

Dee: By eating our rubbish they’re showing just how long term and poisonous our landfills actually are. There are a number of studies that have proven that DDT, for example, has been accumulating in landfill sites and has been appearing in gull eggs. As it accumulates in the birds’ bodies over time it results in a feminisation of embryos. As another example, one of the people I work with is working on a study about the persistence of flame retardants in landfill sites. It’s highly toxic and has a long life after it has supposedly been cleaned from the environment. It is also accumulating in gulls’ bodies and eggs and has resulted in very high poison loads and that affect the birds’ productivity. Gulls really are early indicators.

Your descriptions of the dumps you visited were hilariously disgusting. You describe a pinkish coating that’s all over everything at these sites. What is that?

Dee: I’m not sure! Other people who’ve been to landfills agree with me that the sites have this neon coral colour. It’s weird. I don’t know what that is. Something rotting maybe, like a fungal rot, or maybe it’s something coming out from below. The smell is amazing.

How do you prepare to spend time in an environment like that?

Dee: There’s a guy who used to visit a landfill site near Bristol. He would bring an old beach chair and a parasol for protection against the spatter of gull shit, and he’d just sit there like a man on a beach holiday. But when we go there, health and safety regulations demand that we wear special jackets and hardhats and steel-toed boots.

Landfills are nasty places that are not for the fainthearted. They are also portraits of our lives. Everything there is something we once wanted and decided we don’t want any longer. They are, in a way, mirrors of us. Our rubbish speaks volumes about who we are, or who we think we are.

Are you hopeful for the future of gulls?

Dee: It’s too early to say what’s going to happen to their population. Scientists say that the population of gulls in Britain is already unsustainable. But who knows. They’re smart birds and very rapidly adaptive. There’s also the fact that societies around the world are becoming more wasteful. I spent some time in Cape Town, South Africa, for example, and the food waste in the dumps there is spectacular. The gulls love it. So we might see the gulls eventually moving around the world as other countries become more wasteful on the human march toward progress, whatever that is.

Landfill: Notes on Gull Watching and Trash Picking in the Anthropocene goes on sale March 12.

Amy Brady is the deputy publisher of Guernica magazine and the senior editor of the Chicago Review of Books.