All earbuds are, at least in my experience, a trade-off of one kind or another, especially true wireless earbuds with words like “sport” or “active” in their name. Ergonomics, battery life, and sound quality all fight for representation in a vanishingly small form factor, at best striking an acceptable balance of mediocrity between all three. Frustrated with many of the other buds I’d tried out, I had hoped the Jaybird RUN XTs would be the pair to solve this conundrum.

To start with the positives, the sound quality from the RUN XT’s is fantastic—a little papery on the high end, but 1) the Jaybird app allows some EQ tweaks that can mitigate harshness in the upper bounds of the audible spectrum and 2) there’s only so much you can expect out of 6mm drivers. By contrast to the last two pairs of sport earbuds I trialled—the tinny JBL Minis and the Phiaton BT 700s, which noticeably distort bass frequencies—Jaybird wins by a mile.

It’s everywhere else that the RUN XT’s suffer. 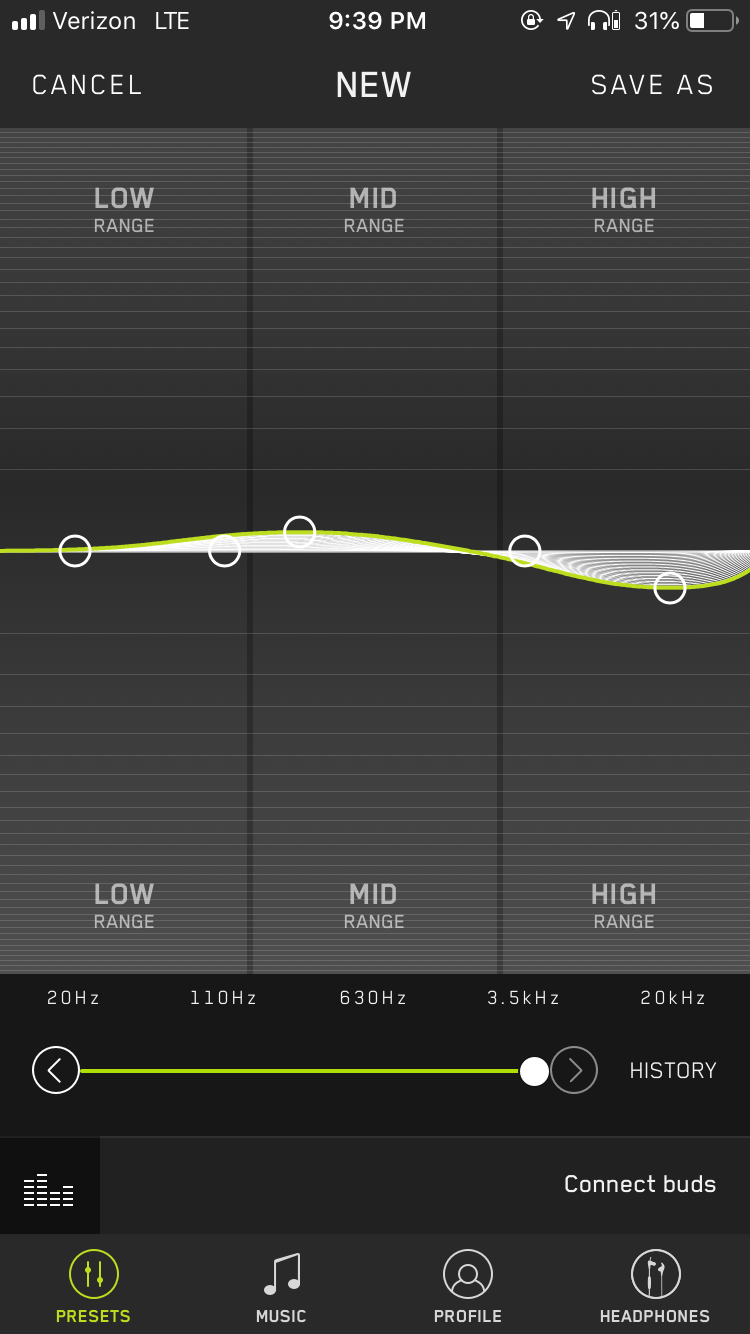 In the acceptably deficient category: the case. Like every other pair of true wireless earbuds, the XT comes with its own little battery sarcophagus. With four hours of life in the buds themselves and an additional eight in this pill-shaped housing, it clocks in a bit below average. Rather than magnets, the buds contact the charging pins by sheer force of the case’s top half closing onto them, which makes the whole package feel chintzy. And unlike the Phiaton case which features four LED indicators to show how much juice is left, Jaybird has two less helpful feedback options: blinking and solid (which mean “still charging” and “all the way charged,” respectively.)

My colleague Adam Clark Estes found the connectivity on Jaybird’s previous sport earbud model to be lacking, and many of those bugs weren’t resolved on either pair of XT’s the company sent me. Over the course of an hour-long bike ride, the left earbud disconnected twice, requiring me to turn Bluetooth off and back on—a task that would have been considerably more difficult and dangerous if I were a road biker instead of on a cowardly in-the-gym stationary type. (Look, it’s cold, I don’t trust drivers in this city, and I don’t really need to go anywhere anyway.) Syncing the XTs to the aforementioned Jaybird app caused some kind of software spasm, replacing the podcast I had on with a steady, piercingly-loud tone.

Do I need battery indicators? Not really. And desynching issues are something that could eventually be patched in future firmware versions. But one thing I absolutely expect of earbuds with “run” in the name is the ability to reliably jog, run, or walk quickly without them careening out of side of my head. The RUN XT is no such device—with my ear shape anyway.

Inside the matte black packaging of the XT’s are various sizes of springy, translucent bud tips and “wings” that wedge into the forward crevice of the ear fold just above the tragus that, after a clean 20 minutes of Google searching, does not appear to have a specific anatomical name. (Correct me if I’m wrong, ENTs, it’s bothering me to not know.) After cycling nearly every combination of fittings I thought I’d nailed the perfect one to match my head meat: smallest tips; second-largest wings. For everyday wear, biking, and lifting they stayed put and survived sweat, accidental falls down a staircase, and a soak with that weirdly-coloured disinfectant spray in every gym. But the jostling of a run instantly sent the right bud tumbling out of my ear canal and under the bed of a neighbouring treadmill. Do you know how dirty the undercarriage of a cheap gym treadmill is? I do, and so do my ears now by extension. The effects are only magnified by the wings’ nearly-adhesive qualities where dust and other detritus is concerned.

After thoroughly wiping them down, I pressed the XTs firmly into my ear canal, screwed the wings against my unnamed ear fold as hard as possible, and tried again. No dice. And again. And same result.

It’s possible I was born with unusual ears. And yes, my running cadence tends to be a bit bouncier than most. But the overwhelming majority of sports involve some degree of running and/or jumping—two forces these sport earbuds are seemingly not designed to cope with.

Weirder still, Jaybird isn’t totally clueless when it comes to building Bluetooth music gadgets that can withstand jostling, their better offerings just happen to have a wire connecting the left and right bud. In the realm of the wired-wireless, Jaybird’s X4 and Tarah Pro are both decent in their own right (ridiculous proprietary chargers aside.) It simply hasn’t cracked the code on true wireless yet, and at a comparable price, Jabra’s sport earbuds perform better in every category.