Jordan Peele Reflects on the Cultural Relevancy of Us, The Twilight Zone, and Candyman

The Lupita Nyong’o, Winston Duke-starring Us had its worldwide premiere at SXSW in Austin, Texas and early reactions have been extremely positive. It’s safe to say that Jordan Peele’s next film is one that will have people talking. If they’re brave enough to see it, that is.

I had the chance to briefly talk with Peele one-on-one the day after Us screened at SXSW. Sitting down across from a half-eaten lunch of barbecue—I couldn’t tell from where—Peele answered questions about his latest cinematic work and other projects that he’s currently working on, including The Twilight Zone.

In the edited interview that follows, the director of Get Out talks subverting expectations, the power of horror storytelling, and the great performances Lupita Nyong’o is in line with after her turn in Us.

Us feels much more ambitious in terms of the scope. With Get Out, you were touching on something fundamental—yet unspoken and uncomfortable—about dynamics that black people experience in this country. For this film, it seems like you scaled it up. It’s not just the vectors of race; it’s about the haves and have-nots and there’s an undertone of commentary on consumerism. Can you talk about the notional space you were in conceptualising another piece of social horror?

Jordan Peele: Well, a big part of this for me was feeling like some of my favourite offerings in the horror genre work allegorically. Which, Get Out was not, really. It wasn’t an allegory. Get Out was about what it was about. It was about race. But horror that pops tends to do so because there’s a bigger picture behind the images. So I wanted to make something in that vein and pay homage to [George] Romero, in that way. The way Hitchcock has done, in that way. So I knew there was going to be a different approach to this. Lead with the imagery, lead with the character, build the levels…and trust that my audience is ready to grapple with it.

About halfway through the first act, it hit me: “This is Lupita’s movie!” Talk about making a black woman the heroine, the main saviour of the story, but also the monster.

Peele: The first part you’re talking about, the emergence, the realisation that ‘right, this is our clear protagonist, this is her story...I feel like Lupita’s the Ripley [from Alien] in this. I feel like she hit [Silence of the Lambs’] Clarice in this motherfucker, you know? Honestly, I was just excited because I loved being able to use an audience’s expectations in my favour. And one of the ways I sort of play with representation is—with black representation, specifically—the boxes we’ve been kept in has established a certain set of expectations. So, the same way I wanted to just absolutely stab the white saviour trope in Get Out, with this one, I wanted to take you along a journey that you haven’t seen a black, female protagonist get to take. 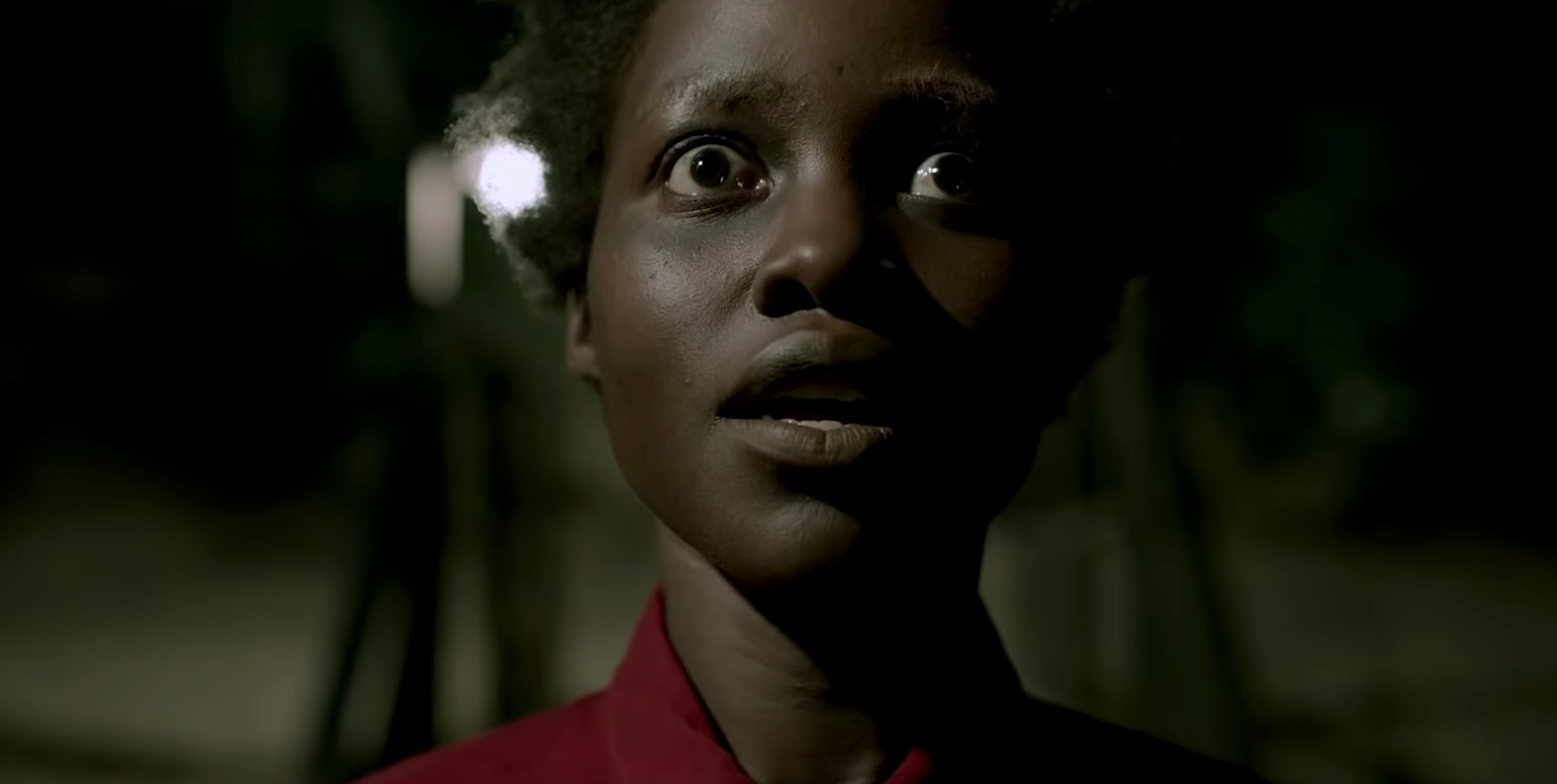 One of the things I liked most about Us is the way you subverted expectations. Like, what happens to Winston Duke from the get-go...

And also, the white family anchored by Tim Heidecker and Elisabeth Moss...that’s you riffing on how black people usually show up in horror movies, right? “Oh yeah, here we are. A little bit of flavouring and seasoning but not the main course…”

Peele: I don’t want to give anything away, but yeah, you’re onto it. I make it clear, as I’m sure you’ve heard, this movie is not about race, but there are so many ways in which America’s about race. And this movie’s about America. So, when you look at what I’m doing with the racial tropes, I’m trying to bust out of those boxes and go the other way.

Moving on to The Twilight Zone, do you think the times that we live in are too cynical to accept the existential metaphors that Rod Serling and his co-creators embedded in speculative fiction? Do you feel like people just want to see weird-ass things happen? How do you try to modulate that?

Peele: I think that Serling hit on something that’s universal and it’s a daunting task to try and follow in his footsteps. He made the greatest show of all time. But he also showed me and taught me that story and parable is the most effective form of communication. It beats lecture, it beats everything. This is why the Bible is the Bible. Because when you can—

It’s not a set of instructions...

Peele: That’s right. And it gives you different points of view of the protagonists. And when we can look through the eyes of someone else in story, I think it promotes empathy. It gives us the muscle to be able to imagine what it’s like to be someone else. Which is everything.

Steven Yeun in an upcoming episode of The Twilight Zone. (Photo: CBS)

It was wild seeing so many people of colour in the Twilight Zone trailer. How did the casting change the sort of stories you were able to tell? Because in the original series, most characters were all white, except when they were pointedly not meant to be.

Peele: Well, we run the spectrum in many ways in that show. We have an episode that deals with race and the race of the characters. I believe that’s one episode. All the other pieces of colourful or diverse representation in the show, I think, are just that. And they’re pushing forward what we recognise from our favourite Twilight Zones. But, you know, we’re really trying to honour Serling and the show I think he would have tried to make today.

I wrote about Candyman a while back and I hadn’t watched it since university. You watch that movie and feel they’re trying to be progressive, but the way they lean on stereotypes…there’s a lot of it that feels fumbly. Do you feel that dissonance is essential to the franchise?

Like the title character himself. He’s erudite, but he’s still a boogeyman.

Peele: Mhmm. And as a horror fan, I grapple with it. First of all, I want to say that Bernard Rose, the director of Candyman, made something that, for me, personally, a seminal film. And his vision, I think, is nothing short of beautiful, albeit complicated. It’s one that I can look at in hindsight with more experience and education and go, “Wow, that is…it’s definitely a mirror.” All I’ll say—because I don’t want to go too far down that rabbit hole—is we’re doing it differently.

Us is in cinemas now; The Twilight Zone premieres on CBS All Access April 1.