When Huawei released the original MateBook X Pro last year, I’m not entirely sure the company knew what it had created. Huawei has only been in the laptop business for about three years, a relatively short time compared to industry veterans like Apple, Dell, Lenovo and others. So when it made a premium 14-inch laptop with a gorgeous (though somewhat derivative) all aluminium body, top-notch specs, a stunning screen, and tricky pop-up webcam, and then priced it at just £1,300 as if all those other features weren’t enough, it transformed the MateBook X Pro into my favourite ultraportable laptop of 2018.

Now for 2019, Huawei is back with a refreshed version of MateBook X Pro sporting a number of notable upgrades that make the company’s flagship laptop an even better package. But before you go all in on the closest thing to a MacBook Pro not made by Apple, there are a few things you should know.

Since the 2019 MateBook X Pro’s aluminium chassis is essentially unchanged from last year (aside from the new block letter logo on the lid), the main differences for this year all are all internal. On the base model, you get an Intel Core i5-8265U CPU with 8GB of RAM, a 512GB SSD, and newly released Nvidia MX 250 GPU, while the i7 model doubles the memory and storage to 16GB and 1TB respectively, while still retaining those MX 250 graphics.

The bad part is that while the spec bump is greatly appreciated, Huawei has also increased the MateBook X Pro’s starting price quite a bit, which makes it feel more like a fair to good deal instead of the preposterously good bargain that was last year’s model. While we’re still waiting on official UK pricing, the numbers we have place it pretty close to 13-inch MacBook Pro pricing, though it’s important to remember that Apple’s smaller MBPs don’t come with an option for a discrete GPU.

It’s hard to fault Huawei for this change though. Previously, the company was probably losing money—or at best breaking even—on every MateBook X Pro it sold just to ensure its top-end laptop wouldn’t get crowded out by its competition. 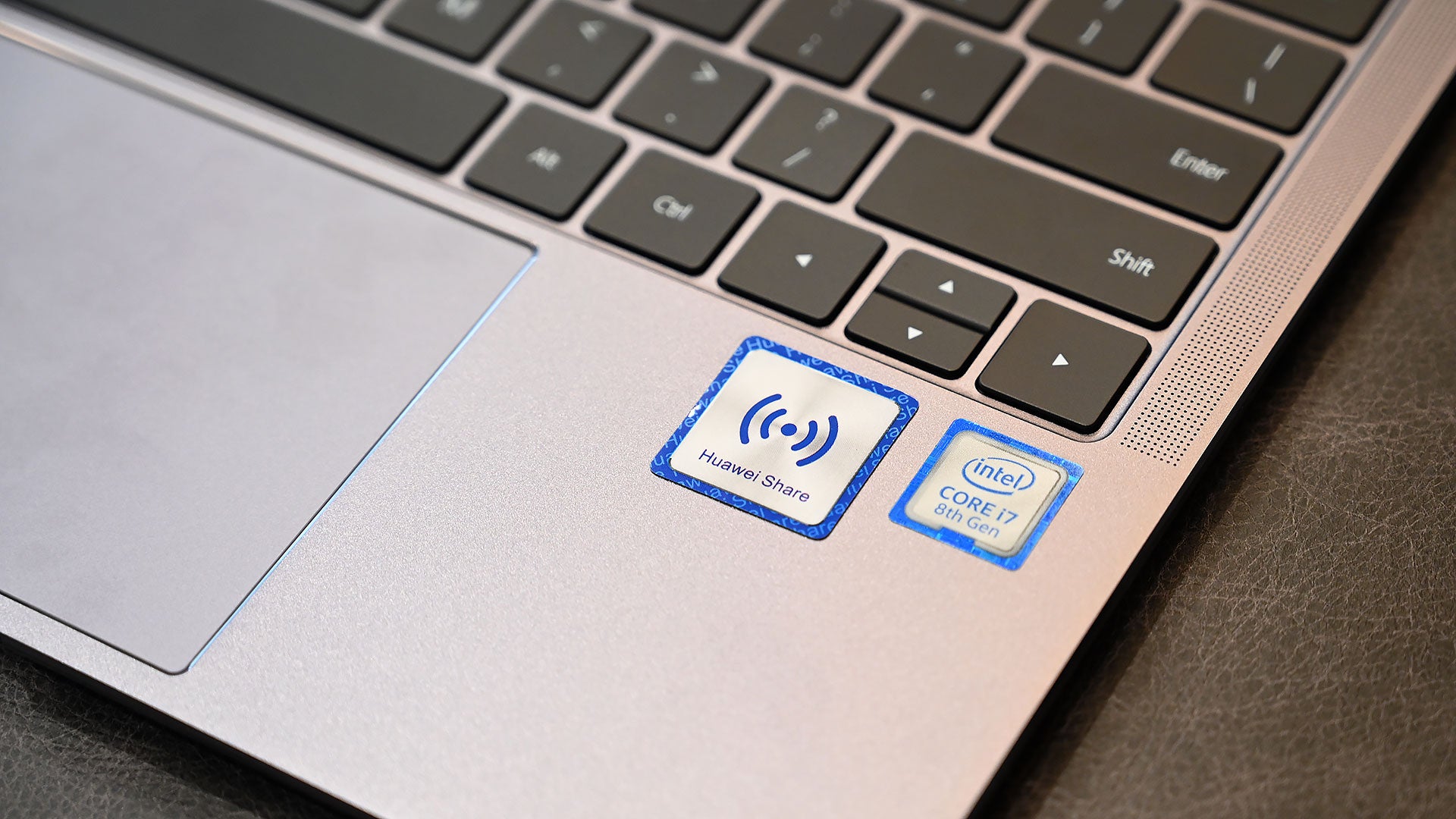 If you do intend to use Huawei Share 3.0, don’t even think about trying to remove that tacky NFC sticker. (Photo: Sam Rutherford/Gizmodo)

OK, so besides faster CPUs, what else is new? Oddly, one of the most important improvements is faster 802.11ac wifi that let me hit peak download speeds in excess of 373.6 Mbps. Obviously, it helps that my internet service at home is relatively speedy, and that I was downloading games from Steam, Blizzard, and EA, who all have fat servers with which to saturate my connection. But being able to cut the download time for games by 20 to 30 per cent is still quite welcome, and carries with it other pluses like better stability when using wifi on networks with shakier connections.

As expected on a laptop this expensive, the X Pro comes with backlit keys. (Photo: Sam Rutherford/Gizmodo)

Systems like the MateBook X Pro make me feel like if laptop makers are going to put fingerprint sensors on a notebook, they might as well build the sensor into the power button. (Photo: Sam Rutherford/Gizmodo)

The USB-A port on the right means you don’t really need to carry a dongle around to connect older peripherals. (Photo: Sam Rutherford/Gizmodo)

Annoyingly, Huawei still partitions the 2019 X Pro’s SSD into a small 80GB drive for Windows 10 and assorted software, with the rest of the space going to a larger partition for extra storage. This sort of drive management made sense when SSDs were smaller and laptops came with supplementary hard disks, but nowadays, it’s not really necessary. You can still combine those two partitions into one big drive with a little effort, I just kind of wish you didn’t have waste time reversing its silly factory settings. There’s only one SSD inside, just make everything a single volume.

The final big upgrade, aside from improved cooling, is Huawei Share 3.0 which includes the company’s new OneHop share feature that lets you transfer pics, videos, and other files between the laptop and a phone just by tapping the handset on the X Pro’s deck. Just so long as you own a Huawei phone running EMUI 9 or higher. 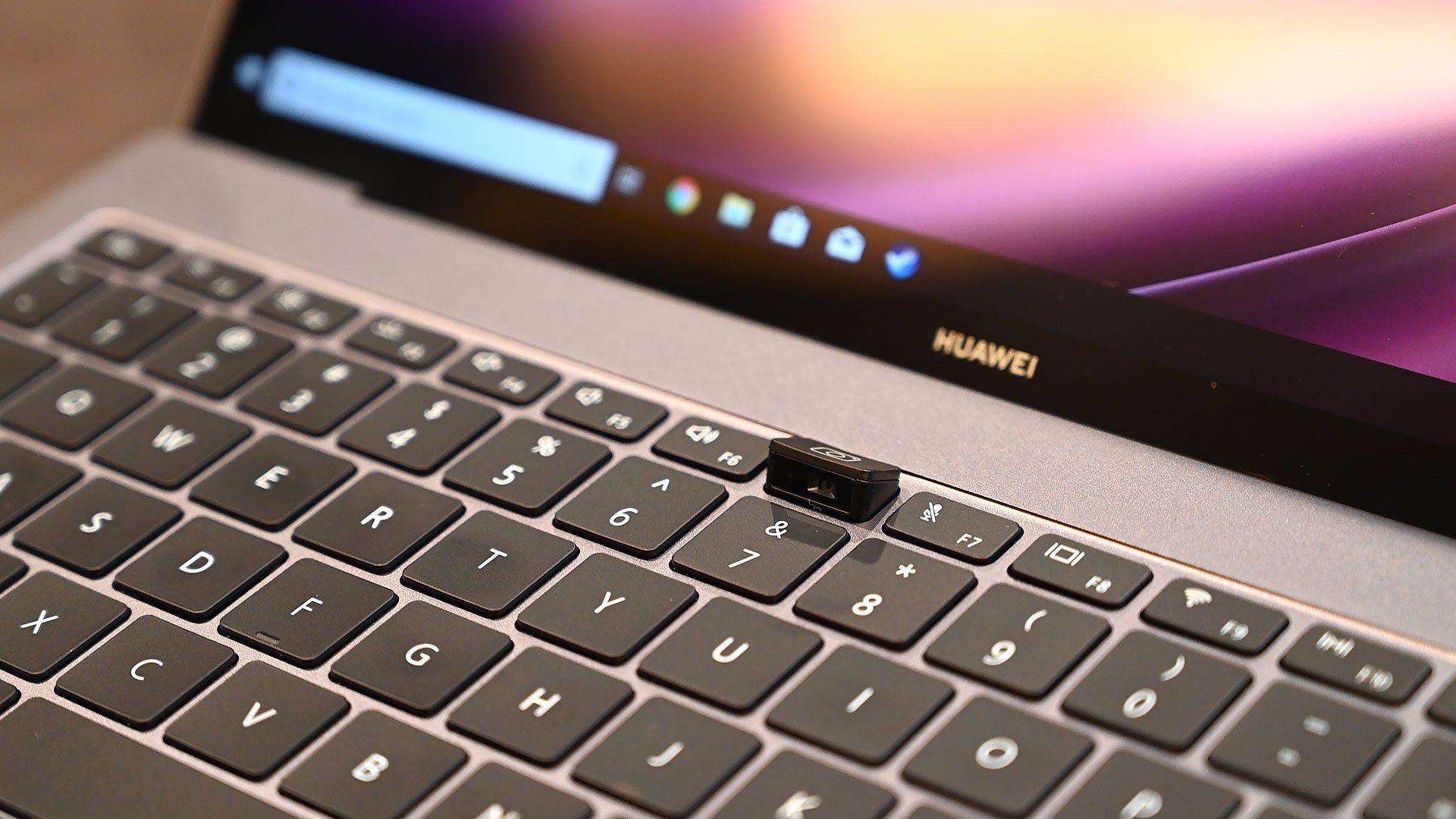 The pop-up webcam doesn’t have the best point of view, but for people who don’t make a lot of video calls, stashing it in the keyboard is a nice and decently secure place for installing a camera. (Photo: Sam Rutherford/Gizmodo)

Elsewhere, the 2019 X Pro comes with all the great features that made its debut so impressive. Its 13.9-inch 3,000 by 2,000 resolution display is incredibly bright and vibrant, its battery life is still strong with a time of 10:36 (though that is a 30-minute dip from last year’s time), and its keyboard remains miles better than anything available on a current MacBook. Oh and that tricky pop-up webcam isn’t gone either, though if you’re the sort of person who frequently makes video calls, it view staring up at your chin isn’t very flattering.

Overall, because of that price increase, I’m slightly less enthusiastic about the 2019 MateBook X Pro compared to systems like the new Dell XPS 13. Now that the XPS 13 has its webcam in the right place, it’s a practically perfect 13-inch notebook that’s even more portable than Huawei’s offering, and with configs starting at as £1,000, the XPS 13 has greater flexibility for people trying to save a couple hundred quid. That pushes the X Pro into a still respectable second place, and for people who want something with a bigger screen, more graphics power, and the convenience of a built-in USB-A port, the 2019 MateBook X Pro holds it down as a solid, if somewhat pricey alternative. 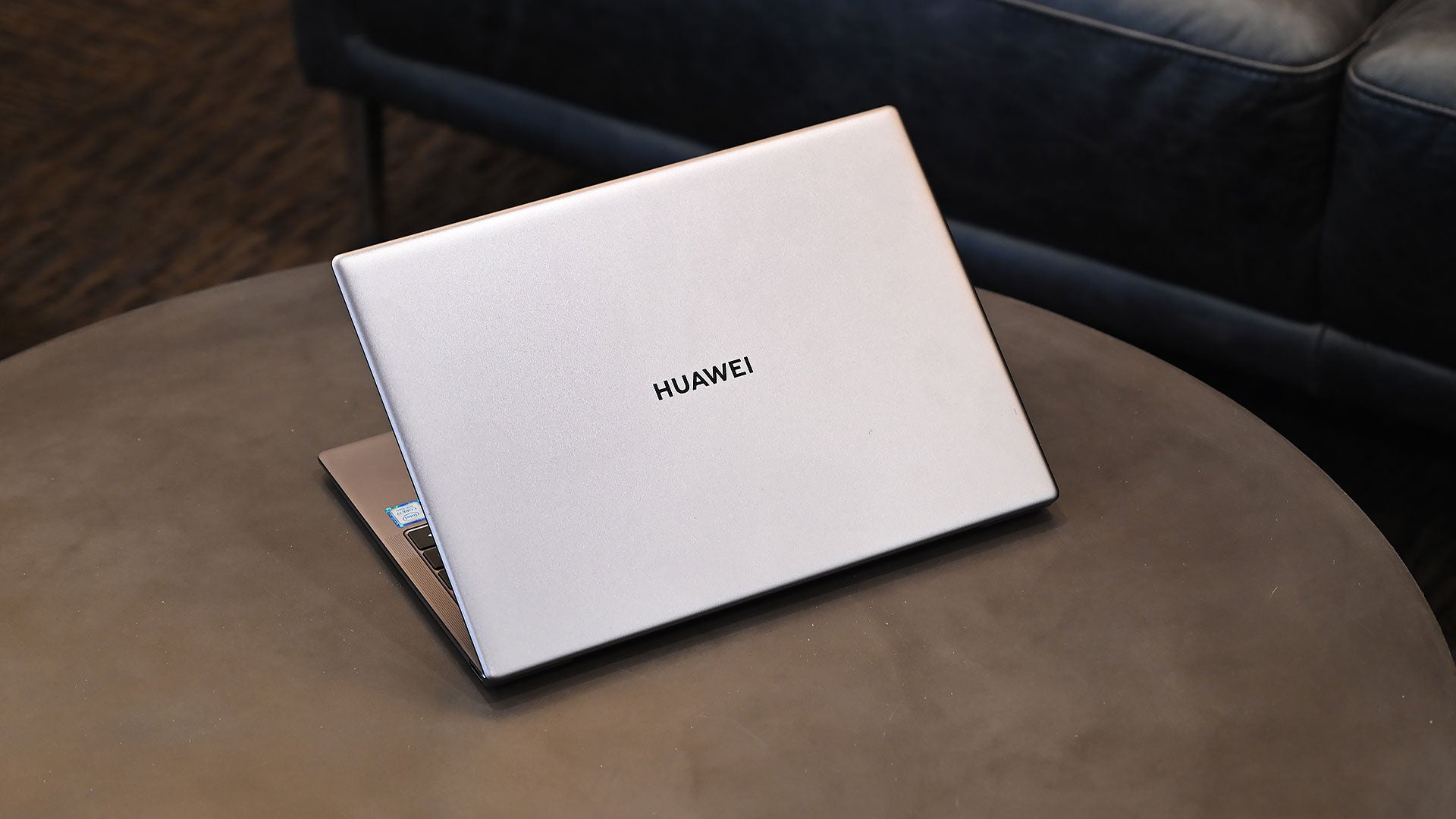