A 99-year-old woman in the US state of Oregon lived a long life with one of the world’s rarest and often fatal conditions: a body in which most of her major organs were on the wrong side. Even more amazingly, the woman remained blissfully unaware of her unusual predicament. It was only after medical students and their professor got to study her body, which she donated to science, that the strange organ arrangement was uncovered.

The women’s amazing case was detailed by Cam Walker, an assistant professor of anatomy at Oregon Health & Science University, as part of a presentation at the American Association of Anatomists’ annual meeting. And though the identity of someone who has donated their organs or body is typically kept under wraps, the family agreed to disclose her name: Rose Marie Bentley.

“I knew something was up, but it took us a while to figure out how she was put together,” said Walker in a statement.

Eventually, Walker determined that Bentley had a congenital condition called “situs inversus with levocardia.” This meant the placement of Bentley’s organs inside the chest or abdomen were mirrored from the average person’s, with the sole exception of her heart, which remained on the left side of her body (levo being Latin for left). 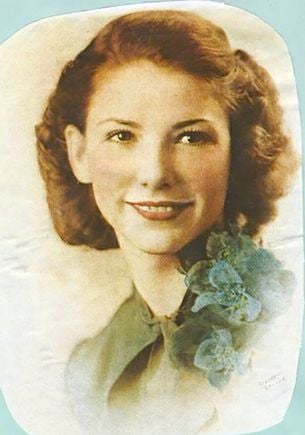 Rose Marie Bentley as a young woman. (Image: Courtesy of the Bentley family)

People can have different arrangements of misplaced organs, but this particular combination—mirrored organs but a normally placed heart—is definitely rare, occurring in only one of every 22,000 births, according to Walker. And Bentley’s long-lived life was especially unusual.

“Normally, what makes [situs inversus] survivable is that all the organs make the same turn. So if the organs in the abdomen are transposed right to left, and the heart follows, that’s great,” Walker told Gizmodo. “But when the heart stays pointed to the left, as with this donor, blood vessels have to change orientation, and that change in orientation commonly leads to serious heart defects.”

These defects in the heart (and oftentimes the spine, too) are usually fatal, and only around 5 to 13 per cent of people born with this condition live past the age of five, according to the limited research available. When Walker looked further, he was only able to find two other cases of similar people living into their 70s in the medical literature, so Bentley’s survival was especially extraordinary. He roughly estimated that the odds of someone with her exact medical situation making it into adulthood are one in 50 million.

Given Bentley’s unique case, Walker received permission from his university’s Body Donation Program to contact the family about what he and his students had discovered.

“They were immediately happy to be contacted and gave permission for us to both do a descriptive case study and to use some of their information when discussing her case,” Walker said.

According to her family, Bentley lived a relatively healthy life until her passing in October 2017. She had no other known health issues, aside from arthritis. And despite having three organs removed over the years, only one doctor noticed that her appendix wasn’t quite where it was supposed to be. Walker and his team did spot that the upper part of Bentley’s stomach had protruded outside of the diaphragm, the muscle that separates the chest from our abdomen, which is a condition called hiatal hernia. But it seems Bentley herself never noticed anything amiss with her insides.

According to Louise Allee, one of her children, Bentley would appreciate the added lesson she was able to provide Walker and his students.

“My mum would think this was so cool,” Allee said in a statement. “She would be tickled pink that she could teach something like this. She would probably get a big smile on her face, knowing that she was different, but made it through.”

Walker says his students were similarly grateful for the knowledge Bentley’s case was able to impart.

“It gave them an experience whereby they had to puzzle out this strange anatomical variation and discuss how this donor was such an unique individual. And that should translate to their professional practice,” Walker said. “When they see incoming patients, it’s important for them to realise that while there might be broad similarities in our surface anatomy, underneath we’re all a little bit different... and to not think that one treatment will fix everyone the same way every time.”