For years, artist Robert Ball has made posters that commemorate the majesty of death. With the support of HBO itself, Ball has been creating posters in a series called “Beautiful Death”, with each original illustration bringing rich artistry to the depiction of one death from Game of Thrones.

Now, with the end of the series approaching, we’re also approaching the end of Ball’s series. Over at Making Game of Thrones, they’re featuring the first of Ball’s posters.

The first death of the season to be commemorated is that of Ned Umber, whose grisly fate at the Last Hearth was the inspiration for a lush illustration juxtaposing the Night King’s cruelty with the temporary idylls of Jon and Daenerys. 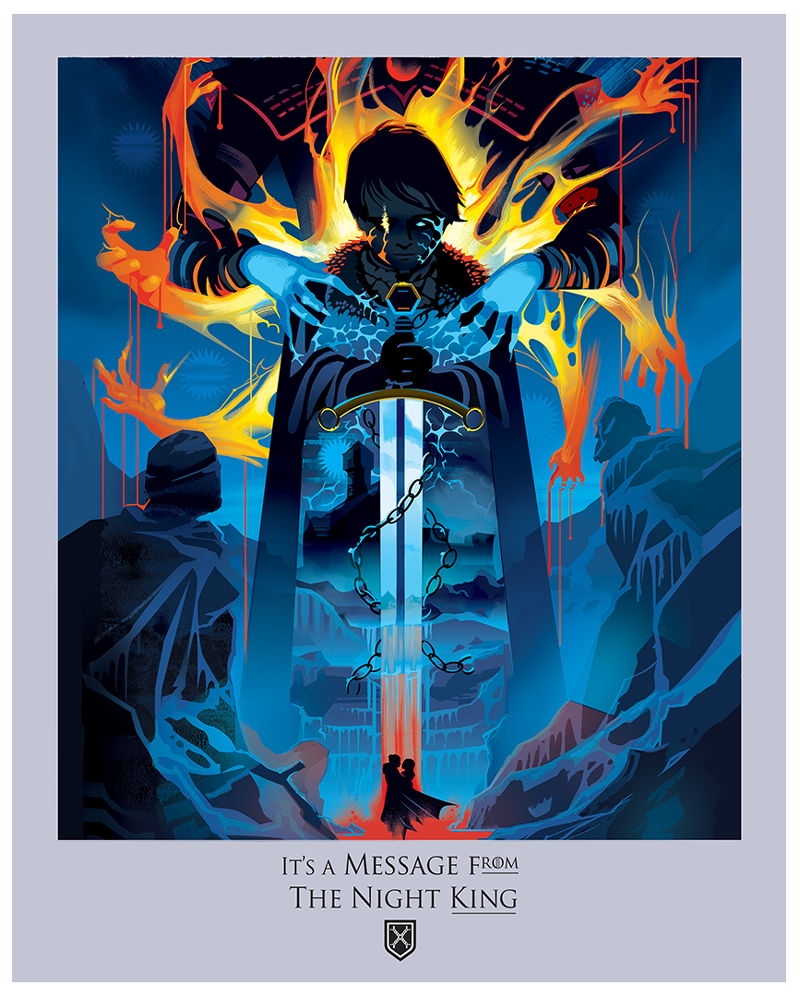 The first death, and certainly not the last. (Illustration: Robert Ball)

Ball told Making Game of Thrones, “I wanted to show the wider impact of the death and the message from the Night King, by picking up a theme from the episode that youth and happiness, and Jon and Daenerys’ brief moments together, will ‘never last.’ I used an image of Ned Umber from the episode where he’s pardoned by Jon Snow — arguably setting him on the path that led to his doom.”

The result is a lush, foreboding poster, one that sends a menacing message to the show’s heroes. Peace is at an end, and winter is coming to burn everything down.

Game of Thrones airs on Sky Atlantic on Mondays.