During the Cold War, the United States flew U2 spy planes over Europe, the Middle East, and central eastern Asia in search of potential military targets. These missions inadvertently gathered historical information, which archaeologists are now using for scientific purposes.

New research published last month in the science journal Advances in Archaeological Practice describes the first archaeological use of declassified U2 spy plane images. The authors of the new paper, Emily Hammer of the University of Pennsylvania and Jason Ur of Harvard University, used the historical images to identify prehistoric hunting traps, ancient irrigation canals, and old marsh villages.

Flying 70,000 feet above the ground, U2 spy planes captured thousands of images during the 1950s and 1960s. The photographs taken during this mission, code-named CHESS, were finally declassified by the United States in 1997, but the data wasn’t immediately indexed or scanned.

Inspired by a Chinese researcher who used the U2 images to view historical aerial imagery of his hometown, Hammer and Ur decided to take a stab at it themselves and see if the copious amounts of declassified data had any scientific worth. They had good reason to be optimistic; much of the landscape in Europe, the Middle East, and central eastern Asia has changed since the Cold War, making these aerial records both historically and archaeologically important.

To make the data usable, however, Hammer and Ur had to systematically build an index of the U2 imagery. The researchers selected film rolls from the National Archives’ storage centre in the US state of Kansas, which were then transported to the aerial film section in Maryland. The selected film rolls included thousands of high- and low-resolution frames—literally hundreds of feet of film—which were unspooled and analysed over a light table. Hammer and Ur photographed the negatives using a 100-millimetre macro lens. The photos were then stitched together, adjusted, and geo-referenced using software. An ancient canal system as seen by the U2 spy planes (top), and how the same area appears today (bottom). (Image: Image: Emily Hammer and Jason Ur/Advances in Archaeological Practice)

“As you turn the spool of a film roll following the path of the U2 plane, you may not know exactly what you’ll see in unfamiliar places, so there’s often a sense of exploration and discovery,” said Hammer in a statement. “Other times, the pilots were flying over regions I knew by heart from travel and study, and I would almost hold my breath, hoping that the plane had veered just a little to the right or left.”

To which she added: “The photos provide a fascinating look at the Middle East several decades ago, showing, for example, historical Aleppo long before the massive destruction wrought in the ongoing civil war.”

The resulting index allowed the scientists to take an unprecedented look at desert kites in Eastern Jordan. Some 5,000 to 8,000 years ago, these stone-wall structures were used to trap gazelles and other animals. As Hammer and Ur pointed out in the new paper, these and other structures were in much better shape during the Cold War than they are today. 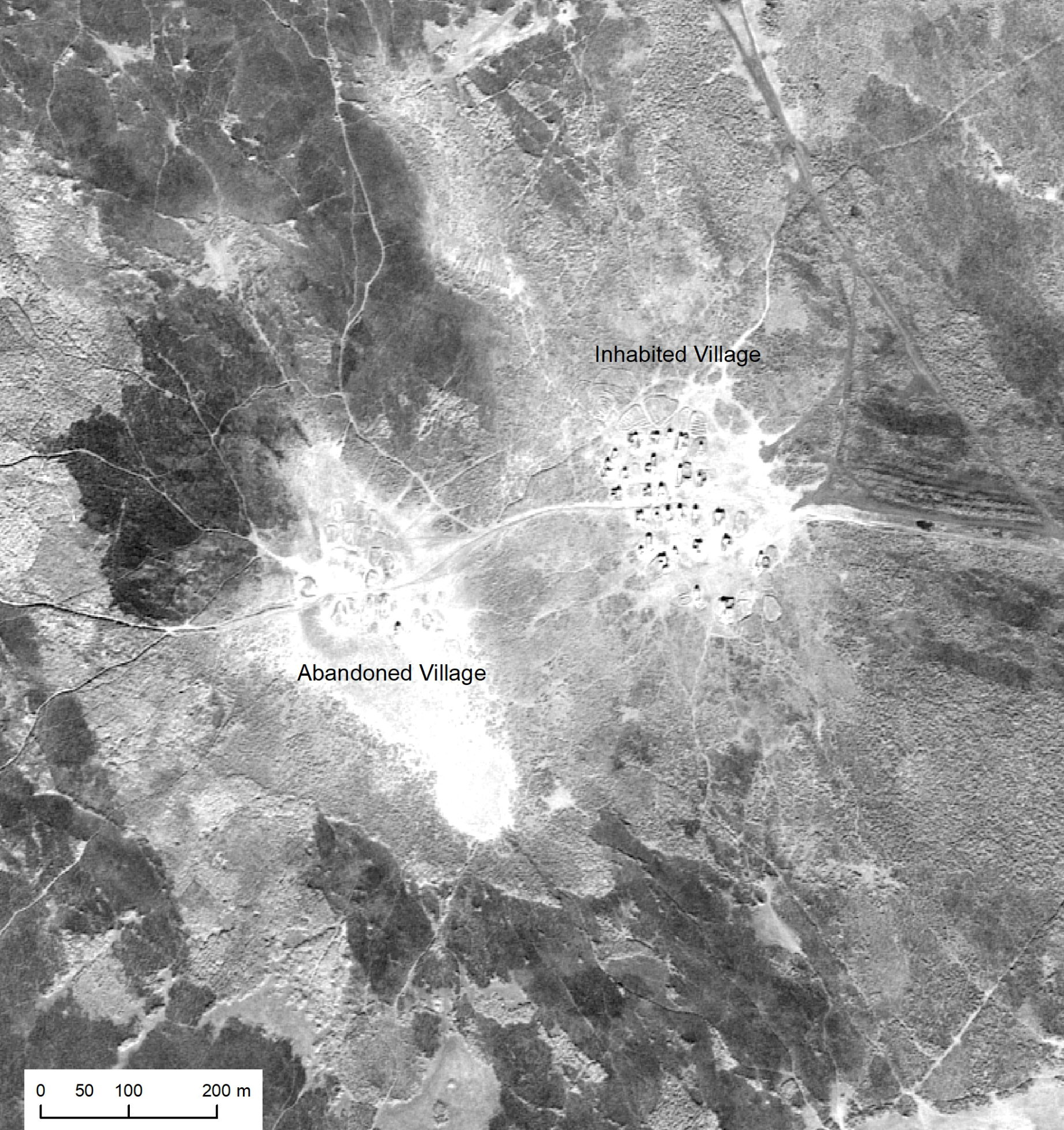 The U2 images taken in southern Iraq show the layout, size, and environmental position of Marsh Arab communities in the late 1950s and early 1960s, many of which were wiped out after the construction of massive hydroelectric dams, and after the government of Saddam Hussein deliberately drained the marshes. (Image: Emily Hammer and Jason Ur/Advances in Archaeological Practice)

“We were able to map many features that have been destroyed since 1960 and are no longer visible in modern imagery,” the authors wrote in the study. “This is particularly true for villages, corrals, and wheel structures, which are smaller than desert kites and more vulnerable to total erasure by modern agriculture and development.”

The researchers also analysed nearly 3,000-year-old canal systems built by the ancient Assyrians in what is now northern Iraq. This irrigation system “fed the royal capitals, made agricultural surplus production possible, and provided water to villages,” noted Hammer in the statement.

The index also also used to do some more recent history, namely a survey of Marsh Arab communities in southern Iraq dating back to the 1950s and 1960s. These communities disappeared after hydroelectric dams were built in Turkey, Syria, and Iraq. The new data allowed the researchers to visualise the layout, size, and environmental position of these historical places.

This work will now be put online and made available to other researchers, who can go through the frames and perform their own landscape and aerial archaeology. Which is very cool, especially given how much work was required to create this incredible—and highly usable—historical record. [Advances in Archaeological Practice]