Zain Qaiser is now 24, but authorities say most of his hacking activity took place when he was 17 through 19, and living at his family home. At the time he worked with a Russian-based global crime group and spent his earnings on a Rolex watch, gambling, drugs, sex workers, and high-end hotels, according to the National Crime Agency (NCA).

“This was one of the most sophisticated, serious and organised cyber crime groups the National Crime Agency has ever investigated,” Nigel Leary, NCA senior investigating officer, said in a statement. “This was an extremely long-running, complex cyber-crime investigation in which we worked with partners in the US, Canada, Europe, and the Crown Prosecution Service.”

Here are examples provided by NCA: 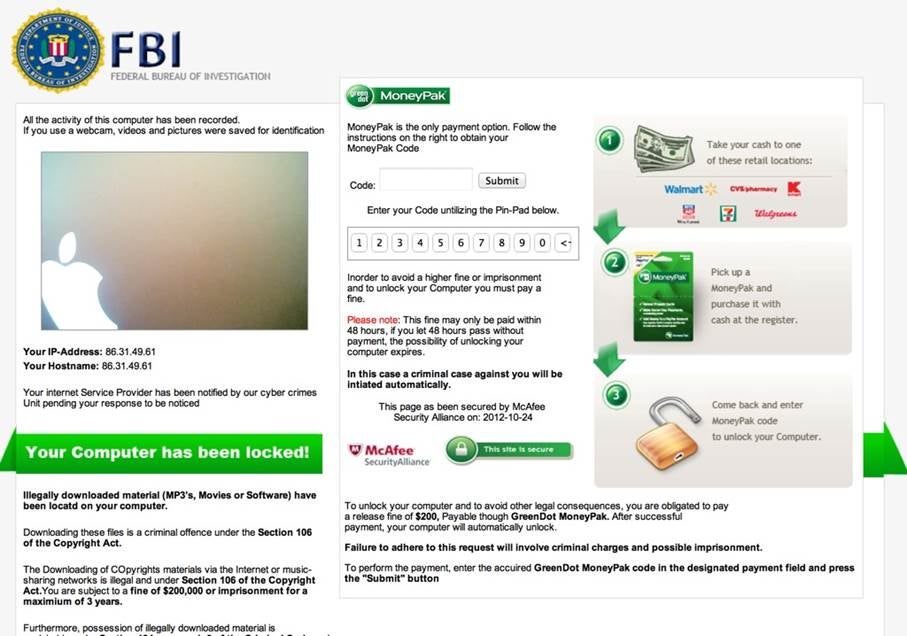 Authorities who searched Qaiser’s financial accounts found he earned more than £700,000 through the operation, but believe he actually received much more, according to the NCA. On Tuesday, Qaiser was sentenced to six years and five months in jail, The Guardian reports.

“The harm caused by your offending was extensive—so extensive that there does not appear to be a reported case involving anything comparable,” Judge Timothy Lamb told Qaiser in court, according to The Guardian. “All the constituent offences were part and parcel of your role as the self-styled ‘K!NG’ of the internet. It has been asserted on your behalf you are remorseful. I have seen no outward expression of that.”

The trial was originally planned for February 2018, but was delayed because the defence lawyer said Qaiser suffered from mental illness.

The Guardian reports that while Qaiser was detained at a psychiatric hospital, the hospital wifi was used to access ad sites that Qaiser had previously used in his ransomware scheme.