By trapping bubbles of atmosphere as it freezes, ice imprisons the climate secrets of Earth’s past. The trick is knowing how to find, and then recover, this buried treasure beneath miles of thick ice sheets in the first place.

Having made stunning gains in the last few decades, ice core hunters are now poised to drill further down, and go further back in time, than ever before. Announced last week at the annual gathering of the European Geosciences Union in Vienna, a team of scientists from 10 different countries is about to start drilling a 1.68-mile long ice core out of East Antarctica, one which will chronicle changes in Earth’s climate going back a record-breaking 1.5 million years.

James Lea, a lecturer in glaciology at the University of Liverpool who is not involved in the project, said that should the researchers successfully obtain a complete core, the implications will be huge. It will give climate scientists “an unprecedented insight into how the Earth’s climate has changed over multiple ice ages,” he said, something that has clear implications for understanding our future.

Forward-looking climate models can be tested by looking at previous warm periods, like the last interglacial. So with this new library of icy information, we will be able to compare the natural fluctuations in the climate of the past to the anthropogenic perturbations we are seeing in the present, and untangle the two with more precision than ever before.

“Understanding past change is crucial to predicting our collective future,” said Chris Fogwill, a professor of glaciology and palaeoclimatology at Keele University.

For Robert Mulvaney, the science leader of the Ice Dynamics and Palaeoclimate team at the British Antarctic Survey and member of the project, it’s more about solving an ancient puzzle than anything else.

Prior to 1.2 million years ago years ago, he said, the switch between frigid glacial and warm interglacial periods was ruled by a 41,000-year cycle, one that is extremely clear in marine sediment records. From 500,000 years ago to the present, though, a 100,000-year cycle completely dominates. So, what caused that switchover?

These cycles are dependent on the way Earth orbits the Sun, with variations in how it wobbles, for example, causing planet-wide changes in glacial extent. These orbital variations likely haven’t differed in billions of years, so it’s clear that something else is contributing to major changes and exacerbating the temperature swings. Among other interlinked factors, Mulvaney strongly suspects greenhouse gases are playing a major role, and this new ice core will likely provide some answers.

“For me, that is where the excitement is,” he said. There are snapshots of carbon dioxide from that cycle switchover period, but this new ice core will be the first continuous record, from modern times through the transition period and beyond, allowing us to see how the cycles evolved and perhaps what drove these changes. 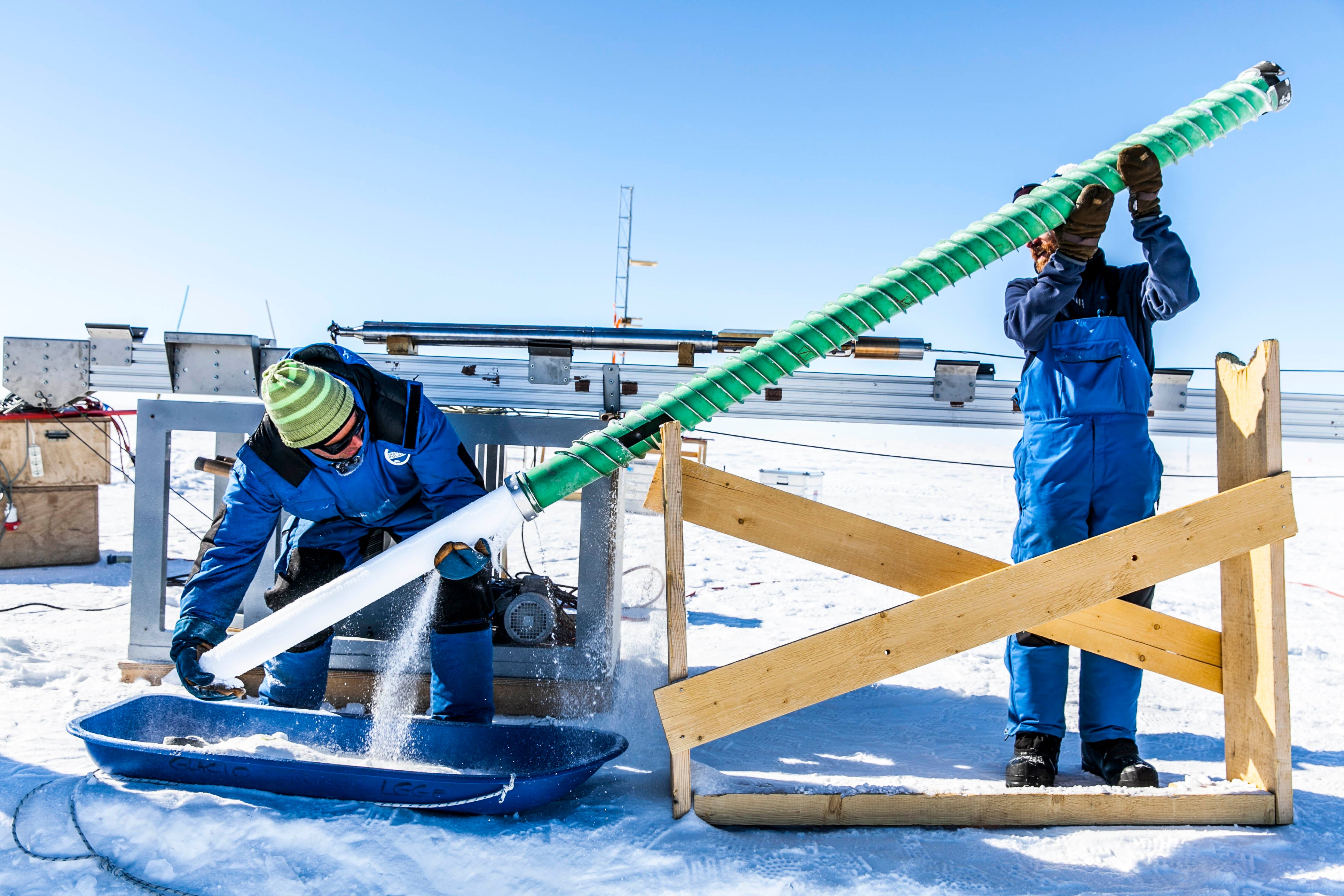 We might even be surprised by what we find. While carbon dioxide is crucial to the warming we’re seeing today, other greenhouse gases, like methane and nitrous oxide, “may prove crucial” to understanding the changing climate, Fogwill explained. Although relatively short-lived in the atmosphere compared to carbon dioxide, “they may have a disproportionate effect during periods of rapid transition.”

The project is essentially a sequel to the original multinational effort, the European Project for Ice Coring in Antarctica, or EPICA. This drilling, from the mid-1990s to mid-2000s, pulled out an ice core spanning 800,000 years of history, at the time a remarkable feat.

The drill spot, dubbed Dome C, was essentially chosen by a logistics expert driving a tractor train full of base camp-building tech up to the highest point in that region of the frigid continent. Deciding somewhat randomly where to stop, they offloaded the equipment, started drilling, and rather serendipitously came across very old ice. They drilled a core just over two miles long, which although longer than the proposed new core doesn’t contain older ice, as the older ice at the base had already melted away.

For the sequel, dubbed Beyond EPICA-Oldest Ice, a lot more work needed to be done first to ensure a 1.5-million-year-old record could be obtained. The researchers had to find a spot where the lowermost ice wasn’t melting, which depends on a huge range of factors including, but not limited to, the ice thickness, the mean annual temperature, the depth of the ice and the flow of heat from various sources in Earth’s crust.

“Finding such old ice is an absolutely monumental scientific and logistical challenge.”

Subglacial melting is pretty common underneath Antarctic ice, so finding that unthawed deep ice was quite the challenge. Calculations and models were used to find areas in which so-called basal ice wasn’t melting. Then, radar measurements and borehole measurements, which took place during three field seasons between 2015 and 2018, were deployed. Altogether, these techniques ascertained where the ice was just the right thickness at the right depth to reliably record such a long span of time. Three places were earmarked as having potential, and one–dubbed Little Dome C–was ultimately chosen.

Mulvaney explained that they will soon use a prototype radar system to try to see if there are well-defined internal layers near the base of the ice, just to confirm their suspicions that this is the best spot to drill. If everything looks good, drilling will then commence within the year. The drilling is expected to take three to four years to complete.

“Finding such old ice is an absolutely monumental scientific and logistical challenge,” said Lea. Aside from making sure the ice is likely to preserve that precious, exceedingly ancient climate record, the team is “working in one of the most harsh, remote locations on the planet. If anything goes wrong the nearest place to get spare parts for the drill rigs can be at least a couple of thousand miles away.”

Winter in Antarctica features temperatures of -80°C, which is nearly as cold as boiling kettle water is hot. With temperatures of around -25°C austral summer is comparatively balmy, which allows the team to drill between 16 and 24 hours per day from December to January. Unlike full-blown Antarctic bases, the Beyond EPICA team members will mostly be living in tents and converted shipping containers.

Mulvaney, in what is surely an understatement, described working in the field as “quite intense.”

As well as the terrifically cold conditions, the drills themselves don’t always work as planned. On the original EPICA project, a drill got stuck at one point, and the team had to move the rig to another location and start all over again. “Every time you send the drill down, your heart’s a little bit in your mouth. Is this the last I’m ever going to see it?” Mulvaney said. “Sometimes the ice decides that you’re not getting your drill back.” 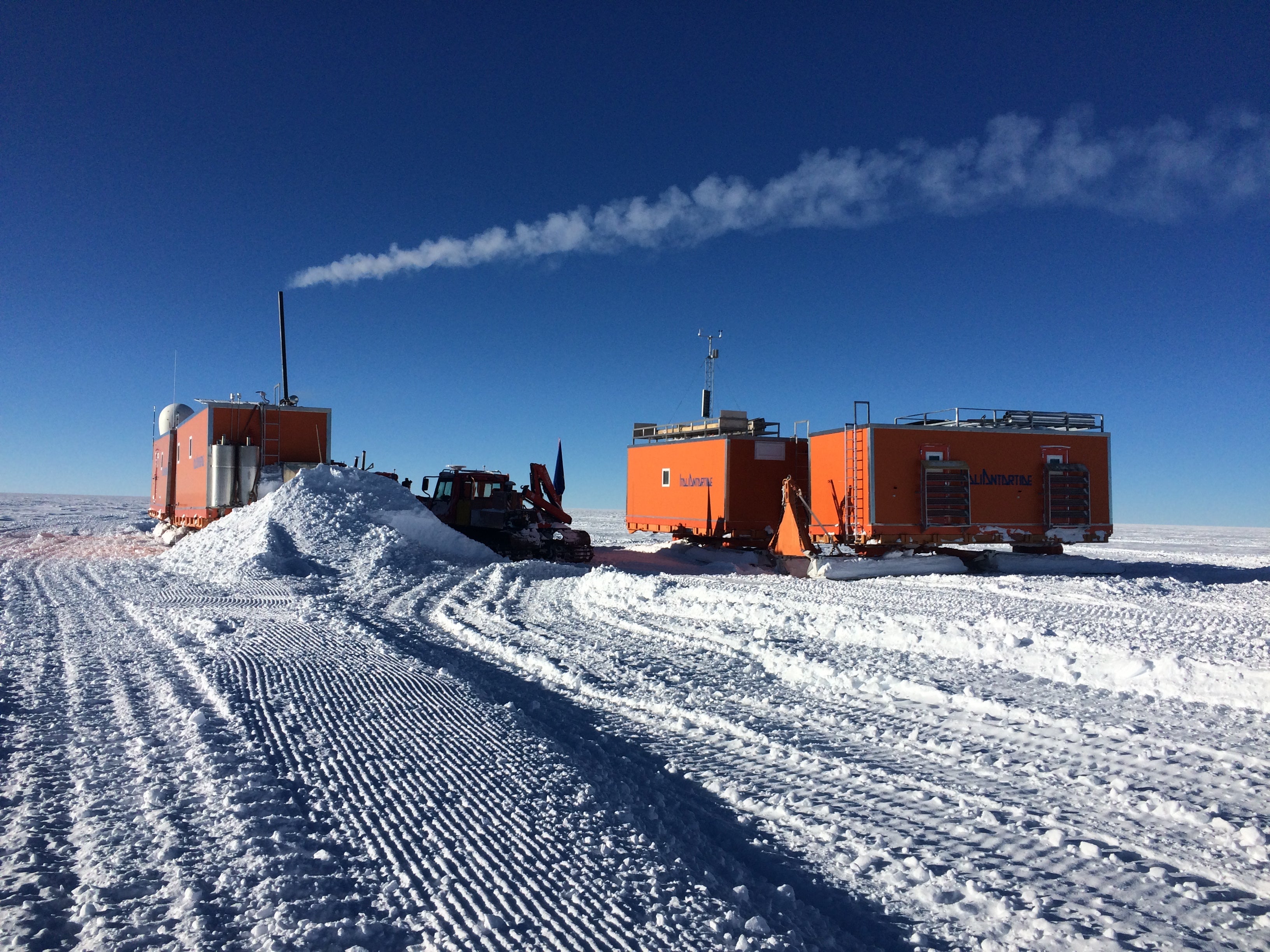 Helle Astrid Kjær, an assistant professor and ice core researcher at the Niels Bohr Institute of the University of Copenhagen–which is also part of Beyond EPICA–said that the troubles don’t end when the drilling stops. Some of the lowermost ice core layers, containing millennia of climate records, will be incredibly thin. With such small samples, it will be a challenge for researchers to measure the greenhouse gases trapped within them.

The ice core community has experienced leaps forward in the experimental methods and technology it uses to retrieve this precious data in recent years, “but another leap is needed to resolve the thin layers towards the bottom” and to see the transitions between the two different glacial cycles. Such advances will likely require more funding for Beyond EPICA, which already has an estimated €30 million (£26 million) price tag, funded by the European Union’s science budget.

That might sound like a lot, but it isn’t when you consider that it will help chronicle a key change in our planet’s climate, the variable that seems to matter over all else when it comes to habitability of our world.