On Monday, Tesla CEO Elon Musk spoke at a company investor day focused on autonomy, relaying news that Tesla had switched to a self-driving computer designed by in-house engineers and dropping some big promises about what, exactly, the future of its Autopilot feature and autonomous driving will look like.

This being Musk, who is well-known for sensationalism and spectacle—and with the New York Times reporting that Tesla is expected to announce a first-quarter loss this Wednesday when it is already burning through billions, giving the event curious timing—there’s a lot to unpack.

Here’s some of the stuff that Musk said on Monday, ranked using our proprietary “How many Elons out of five Elons” system.

The new Tesla micro-chip is “the best chip in the world... objectively”

All Tesla cars being built today have the hardware necessary for full self-driving:

During the event, Musk showed off Tesla’s new “full self-driving computer” or FSD Computer, which according to the company is a high performance, special purpose, Samsung manufactured chip designed with two duplicate systems for redundancy.

Per TechCrunch, Musk told the audience, “How could it be that Tesla, who has never designed a chip before, would design the best chip in the world? But that is objectively what has occurred. Not best by a small margin, best by a big margin.”

This is a big claim! But it is impossible to make a subjective statement “objectively,” which is precisely why it is usually legal to advertise things with language like “World’s Best Coffee” or “Finest Cuban Cigars.” Regardless, according to Bloomberg, even Nvidia—which Musk said Tesla had already transitioned away from as a chip supplier to begin installing the in-house chip—admitted that Tesla had “raised the bar for self-driving computers.” (It also argued that a system using multiple Nvidia chips would be more powerful.)

One out of five Elons.

“I’m very convinced... In the future, people will want to outlaw people driving their own cars because they’ll be unsafe.”

This prediction, per the New York Times, will probably come true, given that driving is basically one of the most dangerous things humans do. But attempts to outlaw human driving will probably not be a thing until the Franchise Wars end and Taco Bell is the only fast-food chain left standing.

Two out of five Elons. 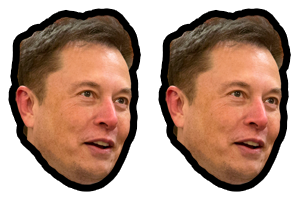 By next year, Musk claimed, Tesla’s chips will be running “feature complete” software that will allow fully computer-controlled driving in any conditions that can be handled by a human. This, as the Verge observed, appears to refer to what is called Level 5 autonomy, which has not yet been developed.

“By the middle of next year, we’ll have over a million Tesla cars on the road with full self-driving hardware, feature complete, at a reliability level that we would consider that no one needs to pay attention,” Musk said, per Geekwire. He also claimed that all current Tesla models have “everything necessary for full self-driving” and that all the company needs to do is “improve the software.”

The Verge noted that Tesla’s current “Full Self Driving” feature is currently “just branding” that allows limited features like lane changes, navigating highway interchanges, and taking exits, as well as parking. Tesla also says it will roll out automatic city driving later this year that will be able to recognise and respond to traffic signals and stop signs. This mode will presumably also still require drivers to pay attention.

Tesla has yet to show it is at Level 4 autonomy, per Business Insider, and the Partners for Automated Vehicle Education industry group appeared to caution against over-promising on the state of self-driving technology on Twitter.

It is damaging to public discussion about advanced vehicle technologies – and potentially unsafe – to refer to vehicles now available for sale to the public using inaccurate terms.

Musk also claimed that lidar (a laser surveying technology that most competitors use to detect nearby objects) is “friggin’ stupid,” saying the Tesla autonomous self-driving system would rely entirely on a machine learning system using radar, cameras, and ultrasonic sensors. Officials with competitors, like Ford chief technology officer Ken Washington, have insisted lidar is crucial because it allows cars to create a real-time 3D map of their surroundings.

MIT AgeLab research scientist and New England University Transportation Center associate director Bryan Reimer told CNN that a state-of-the-art machine-learning method Tesla demonstrated on Monday for detecting whether a bike was on the road or the back of a car was “unbelievable technologically.” But he added that “Everybody else is betting the other direction. At some point, we’ll know whether Musk is right or wrong, but it could be decades.”

“Claiming that the Tesla cars have the hardware for full autonomy and only need the software is like saying that we have seeds, we just need to plough, plant, nurture, harvest and then eat,” Carnegie Mellon University Robotics Institute engineer Raj Rajkumar told the Verge. “Basically they are at the starting point—full autonomy is many years away.”

“The idea that you can have a vehicle that can make complex decisions for full self-driving is just not plausible at this point,” Gartner analyst Mike Ramsey told the Times.

Please, if you own a Tesla, do not stop paying attention to the road sometime between one year and one year and three months from now. Three out of four Elons.

Musk also asserted that Tesla owners will be able to make their cars available for an Uber-like ridesharing service that only takes a 25 to 30 per cent cut before passing the rest on to the owner.

That’s right, baby. Tesla is now Uber, but for Teslas. (Technically, Musk originally floated this idea in 2016, but this time it’s approaching full-on pitch for the future of the company status.)

Also, there will be more than a million of these in operation by sometime in 2020, or somewhere in the general range of the total number of Uber drivers at the end of 2017.

“From our standpoint, if you fast forward a year, maybe a year and three months, but next year for sure, we’ll have over a million robotaxis on the road,” Musk said, per TechCrunch. “The fleet wakes up with an over the air update; that’s all it takes.”

A Reuters analysis on Monday argued that “self-driving is almost an irrelevance for Tesla in the short term,” as the company is currently undergoing major governance changes and among automakers is “practically alone at present in burning cash and could have less than $2 billion on hand by the end of the year, according to Evercore ISI.” There’s also the potential regulatory issues, which could be gruelling.

Please keep in mind that the Elon-ranking system I am using is not linear, but exponential, with each successive Elon having an increased risk of shedding exotic, high-energy particles that do not appear to obey the known laws of physics and cannot be controlled by any known method. Four out of five Elons.

“Probably two years from now we’ll make a car with no steering wheels or pedals.”

This quote, per Reuters...

Five out of five Elons.

“Only criticism, and it’s a fair one, sometimes I’m not on time. But I get it done, and the Tesla team gets it done.” 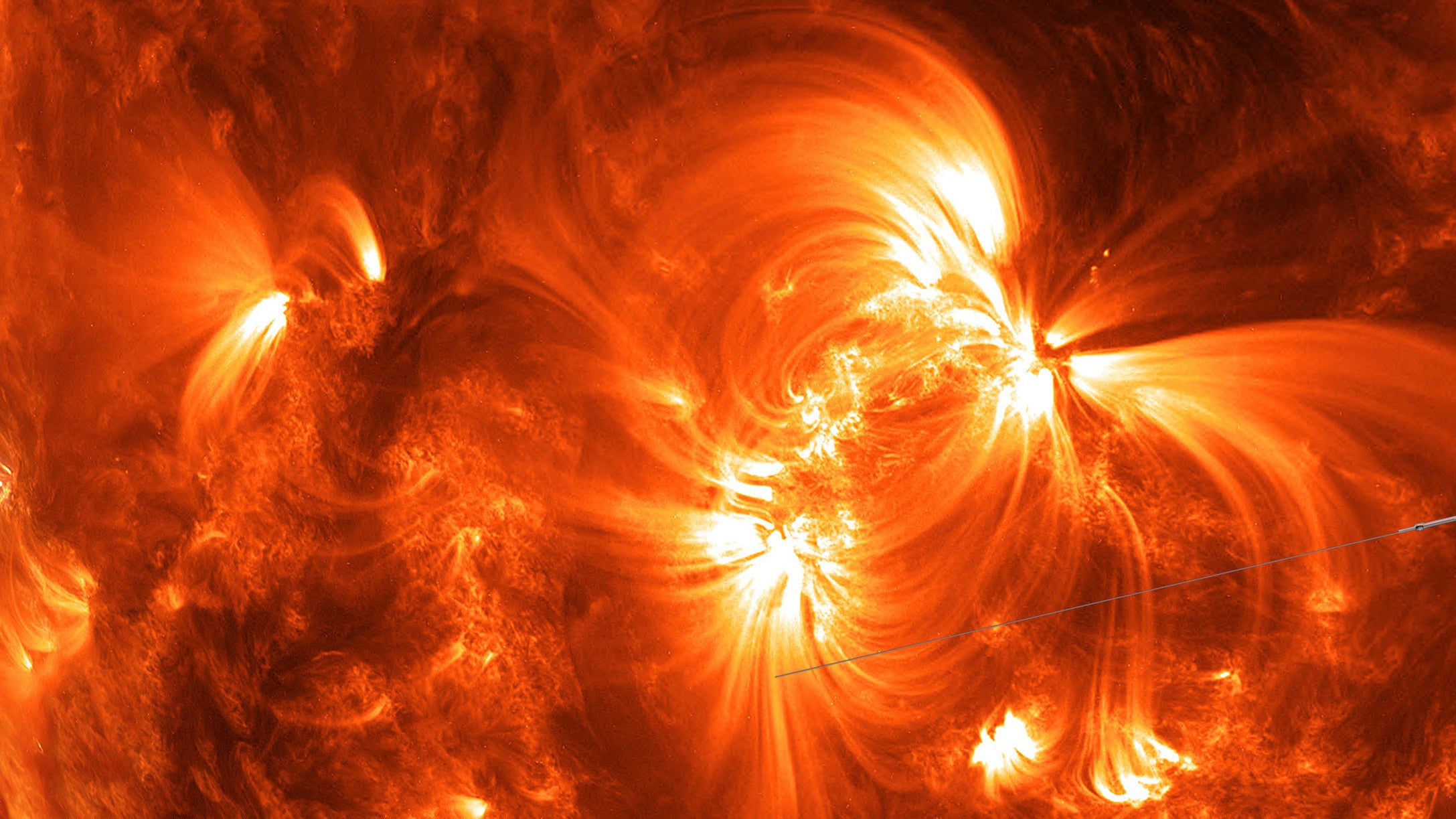 Please be advised that an unknown individual has taped over the pre-recorded emergency evacuation procedure.

Please stand by to listen to the pre-recorded emergency evacuation procedure.