When they looked to the future, some in the 20th century imagined wondrous technological advancements. Others foresaw a world of global totalitarian control. The future we ended up with, however, has had a little bit of both—plus a beverage company offering to send a hater some human urine on social media.

This strange marketing moment culminated in Vita Coco exchanging messages with blogger Tony Posnanski, who eventually stated, “I would rather drink your social media persons piss than coconut water.” Then, Vita Coco offered to send him some.

Along with the offer, Vita Coco’s Twitter account shared a photo showing a young woman holding an alarming large jar of cloudy liquid. When asked by Gizmodo via Twitter DM if the substance “was really piss,” Coco Vita responded, “Yes, it’s pee.” 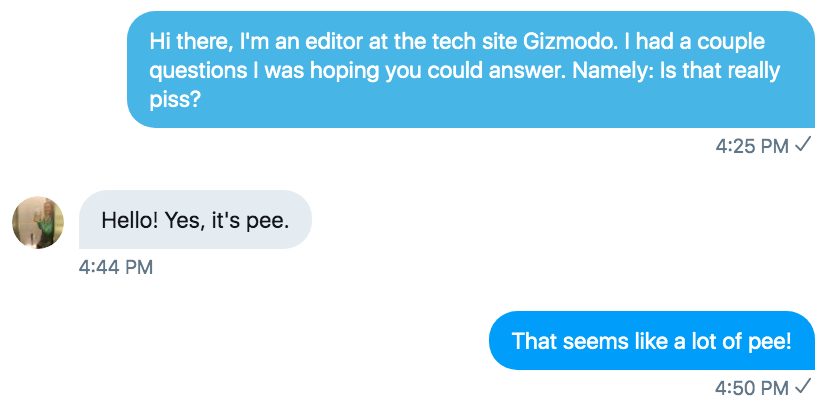 Earlier this month, I warned that rewarding brands for their increasingly brazen attention-seeking behaviour would result in a world where corporate entities will openly threaten us little people—and we will enjoy the hell out of it. You can decide for yourself whether this is true, but consider that, as of Wednesday evening, Vita Coco’s piss tweet has almost 5,000 likes.

In May 2019, this kind of bizarre behaviour is notable. Soon, other brands will realise this, and it won’t be. Welcome to the future, folks. We don’t have flying cars, but at least the piss is free.