America's Failed Airlines That Were Too Weird for This World

Flying can be an excruciating experience these days. The CEO of United Airlines recently admitted that by the time passengers sit down on his planes, they’re already “pissed at the world.” But plenty of airlines have tried to make things more fun over the years, even if they were incredibly weird. So weird, in fact, that they went out of business.

Flying used to be more luxurious, but it also used to be much more expensive. Which is perhaps why, in America, so many strange airlines cropped up in the 1980s after the country's airline industry was deregulated in 1978, abolishing government mandates on the price of fares and the kinds of routes that airlines could fly. Prices were coming down, but specialised airlines wanted to give their passengers a unique experience.

There’s the religious airline of the 1980s that fell apart because the co-founders accused each other of being cult leaders and in league with the devil. There’s the smoking-friendly airline of the 1990s that wanted to hand out free cigarettes. There’s more. Today, we’re taking a look at five of those airlines that were simply too odd for this world.

The 1980s was filled with plenty of brands that tried to profit from the excess of the Me Generation, more commonly called the Baby Boomers these days. So it seems only natural that the 1980s would give America an airline that was supposed to embody the selfishness and snobbery of the Worst Generation. Billionaire casino owner Kirk Kerkorian started MGM Grand Air just for them.

MGM Grand Air flew just one route, Los Angeles to New York, and a single one-way ticket would cost $1,400 (£1,068), or almost $2,800 (£2,137) adjusted for inflation. And the early pitch, according to a corporate video about the airline that you can watch on YouTube, was that no flight would have more than 33 passengers, and every plane would have five flight attendants to look after your every need. Pretty soon, MGM Grand Air was carrying celebrities like Madonna and Axl Rose.

The airline flew the Boeing 727-100 and the DC-8-62, and every seat was deemed first class. The interior of the Boeing planes were outfitted in gaudy 80s style finishes, something that might be described as just one step below Trump-esque. There was plenty of gold plating, and even the bathroom looked like something out of the hit TV show “Lifestyles of the Rich and Famous.” In other words, all shine and no class.

“The customer looks upon our service as if it were their own private corporate jet,” one airline executive said in a 1989 promotional video. “And as such enjoys, and expects the stress-free, hassle-free environment.”

On major benefit to MGM Grand Air? There were personal entertainment machines, complete with VCRs. And while that might be old hat for people flying today, it was the height of luxury in the 1980s.

As aviation geeks point, out, the only airline of the early 21st century that compares to MGM Grand Air might be Emirates Air, widely regarded as the “pace-setter of luxury.”

MGM Grand Air eventually expanded service to Orange County, California and Las Vegas, but it started to suffer financially and in the end they couldn’t make it work. The airline went out of business in January of 1995 and billionaire founder Kerkorian died in 2015. When the US Federal Aviation Administration (FAA) banned smoking on almost all domestic flights in 1990, plenty of people were upset and even claimed they were being discriminated against. But two businessmen in the US state of Florida decided to do something about it.

William Walts and George “Mickey” Richardson planned to start their own airline called Smokers Express. And as you might have guessed, every single flight would be smoker-friendly.

But how would Walts and Richardson get around the federal rules? Their plan was to charge people $25 (£19) for a “membership” to the airline, making it a private “travel club” instead of a traditional airline.

The Baltimore Sun laid out the appeal of the airline in a 2 April 1993 article:

And it wasn’t just the smoking and free lotto tickets that were going to make the airline unique. The airline wanted to sell ads on the sides of its planes.

“We are also interested in advertising on our planes like racecars do,” Richardson told Florida Today in January of 1993.

The airline got off to a rocky start in 1993 and couldn’t quite get things rolling, despite the fact that in September 1993 Richardson claimed that he had sold between 5,000 and 6,000 memberships. They simply never raised enough money to make their smoker’s paradise in the sky a reality. 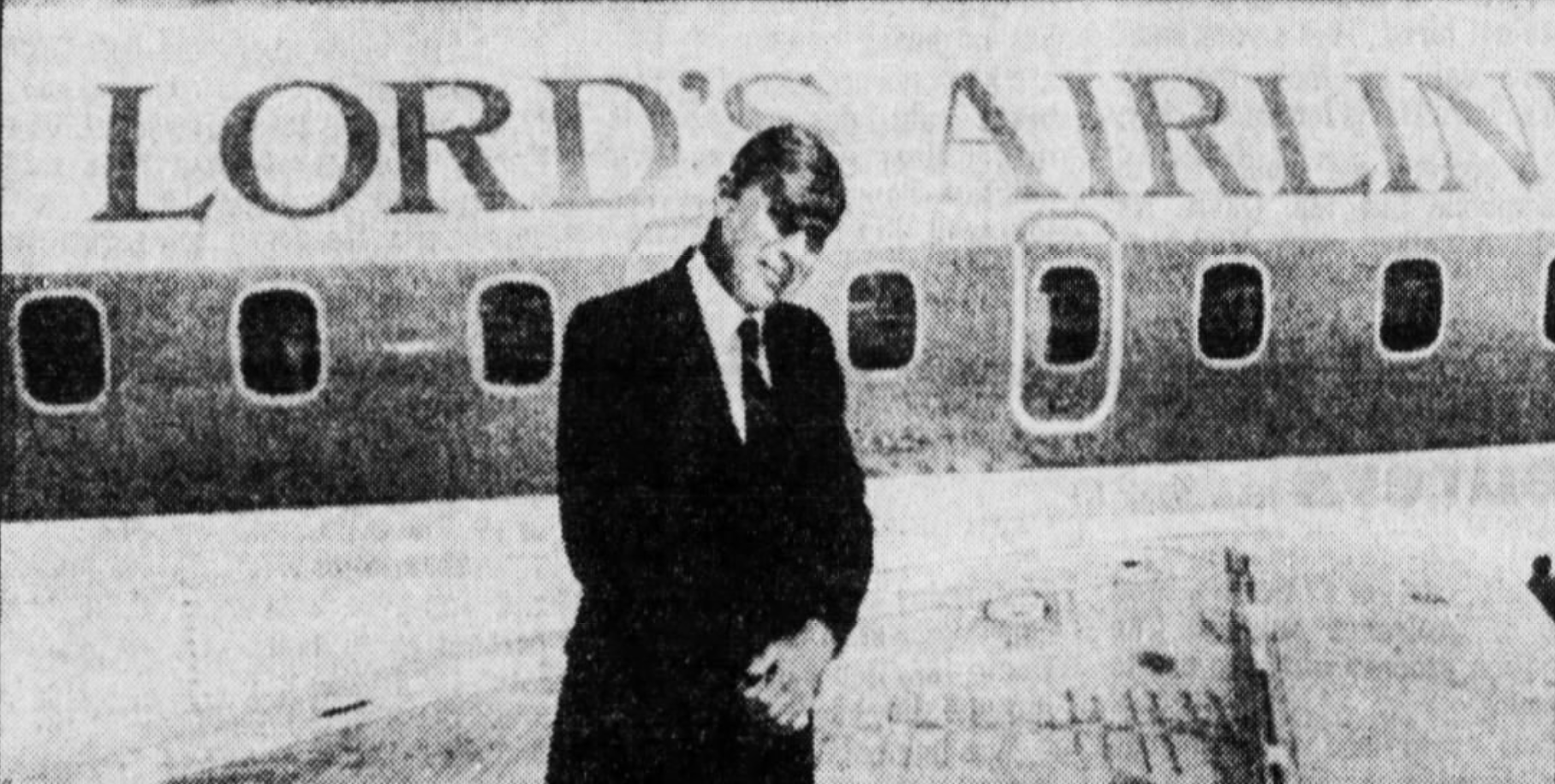 Ari Marshall in the 11 November 1985 edition of the Pittsburgh Press (Photo: Newspapers.com)

“Fly the heavenly skies.” That was the tagline of a small carrier called The Lord’s Airline that never could quite take off.

“The theme is a Judeo-Christian atmosphere,” Ari Marshall, the airline’s born-again Christian founder, told UPI in November 1985. “The aeroplanes will have a biblical theme, with Bibles for the Christians and Torahs for the Jewish passengers.”

The airline planned to fly three times a week from Miami, Florida to Jerusalem. And yes, the back of every seat was supposed to have a plaque with the Ten Commandments and there would even be in-flight religious classes for kids. All the movies would be religious, of course, and alcohol would be strictly forbidden.

“The Russians have their airline. The British have one. So does Playboy. So why shouldn’t the Lord have an airline all his own?” Marshall asked Reuters in 1986.

The airline bought a single DC-10 jetliner but failed to get FAA approval for the modifications they wanted to make to the aircraft. And investors started to get restless with the constant delays.

By 1987, it was becoming clear that this airline was going to get rolling. And investors started to get even more angry than you’d expect. Marshall traded barbs in the press with his old business associates, calling one a “power hungry leader” who would be “Jim Jones Number Two,” a reference to the cult leader of the Peoples Temple who told his followers to drink poison-laced Kool-Aid that killed 918 followers, hundreds of whom were children.

“He openly claimed 45 per cent of his power comes from the devil,” Lyszczasz told the Central New Jersey Home News in 1987. “That is when we realised this guy is sick.”

To make matters even weirder, Lyszczasz’s brother Gary and a friend, Joseph Ozechowski, were charged with criminal trespassing after allegedly going to Ari Marshall’s home and threatening to kill him. Theordore Lyszczasz was also indicted for making terrorist threats. The men were acquitted and the dream of an extremely religious American airline fizzled out in the aftermath. 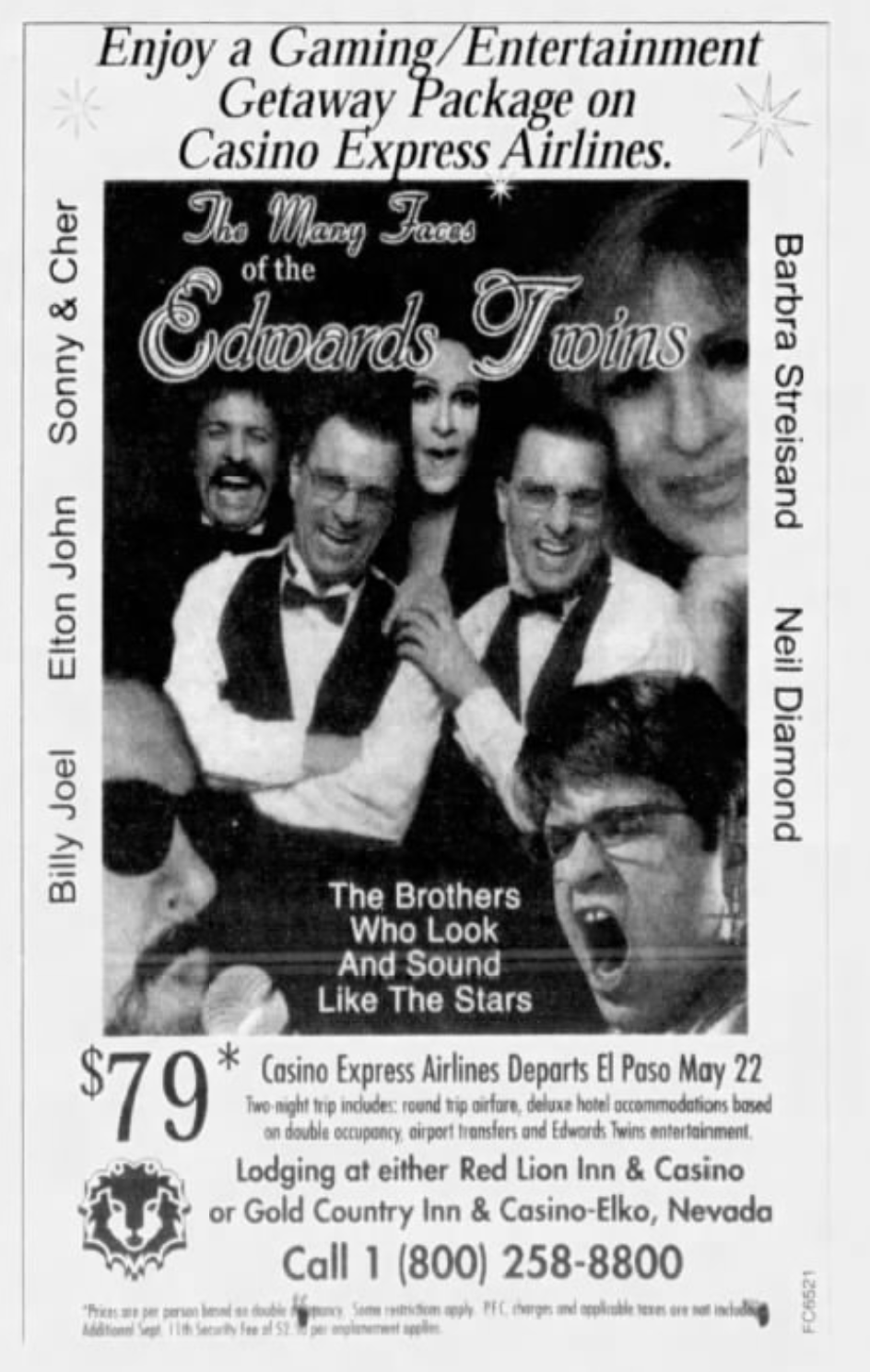 Just as there was an airline that wanted to cater to smokers, there have been other airlines with a single-minded schtick in mind. But unlike Smokers Express, Casino Express actually got off the ground.

Casino Express Airlines was founded in 1987 and started operations in 1989 with just one Boeing 737-200 plane. The airline flew for Red Lion Hotel and Casino in Elko, in the US state of Nevada, and flew nonstop flights between Elko and nearby cities like Portland, Oregon; Seattle, Washington; Santa Fe, New Mexico; and El Paso, Texas. The flights were extremely affordable, running as low as just $49 (£37) round trip for a weekend visit. Naturally, the prices were low because they were banking on the fact that travellers would spend money in the casino.

The airline helped bring 40,000 people a year to the small northern Nevada town of Elko, which currently has a population of just 20,000 people and relies heavily on gambling tourism. But the airline couldn’t make it work and was sold to Xtra Airways in late 2005. 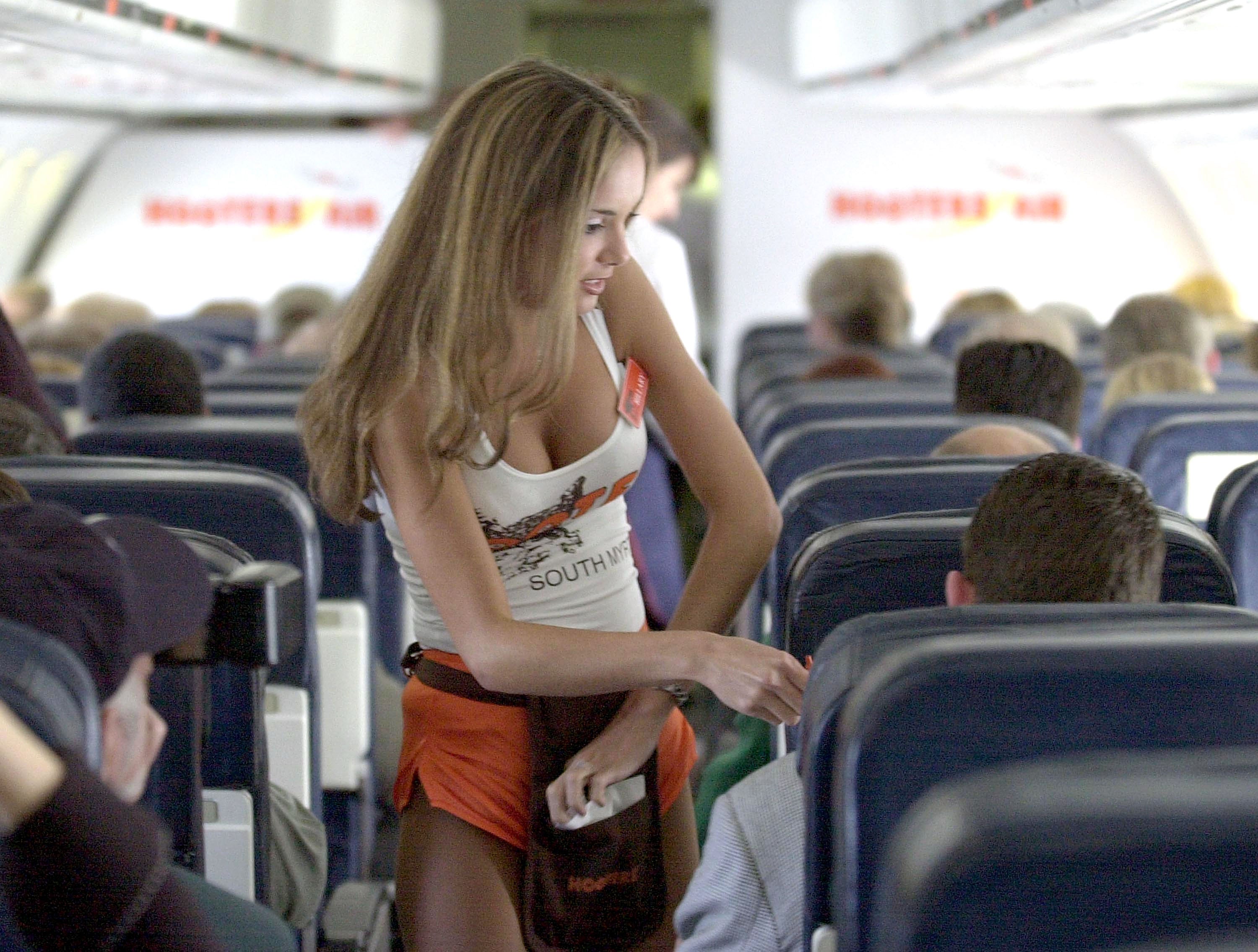 Hooters is best known as America’s original “breastaurant” chain, with waitresses wearing revealing clothes and regularly enduring sexual harassment from customers. In 2003, the restaurant tried to move their business to the skies, launching Hooters Air.

The Hooters brand ambassadors weren’t certified as flight attendants so their role was limited to drink and food service. Supposedly known for their wings, Hooters Air didn’t serve their signature dish, just soft pretzels and pigs in blankets.

At its peak, Hooters Air flew to 15 different cities, many of them smaller markets like Allentown, in the US state of Pennsylvania, and Columbus, in the state of Ohio.

Local TV news was there to cover the airline’s flight in June of 2004 from the city of Gary, in the state of Indiana, to Myrtle Beach, in the state of South Carolina. The reporter couldn’t help himself from calling the women “girls” and making jokes about “touching.” The whole thing is as cringeworthy as you’d expect.

Hooters Air lasted just three years and ceased normal operations on 17 April 2006. The Hooters chain of restaurants and even the Hooters Casino and Hotel in Las Vegas are still doing their thing.