The best visual effects are the ones you don’t even know are there. In a film like Avengers: Endgame, it’s fairly obvious something like the Hulk is a digital effect. The final battle, of course, is largely put together using VFX as well. But you probably didn’t realise how something as simple and quaint as a small fishing village could be a massive digital effect too.

One of Endgame’s many fun surprises was that the Asgardians who survived the events of Thor: Ragnarok and Avengers: Infinity War settled on a Norwegian shoreline in a village they renamed New Asgard. The village was largely shot on location in Scotland but was expanded and altered drastically by the team at Industrial Light and Magic, even though you may not have noticed.

“The hills and roads were there. Buildings were there,” said VFX supervisor Russell Earl. “But we changed the buildings, added buildings and added the hills coming into the hills that existed there. Then we added detailing and texture to the existing walls and modified the ships. Depending on the shot, most of the time you’re seeing buildings, we replaced the buildings. “

The reason for all that effects work is the village had to look, well, like a new version of Asgard, blending the natural locale with architectural inspirations from another planet. So the team went back into the previous Thor films. 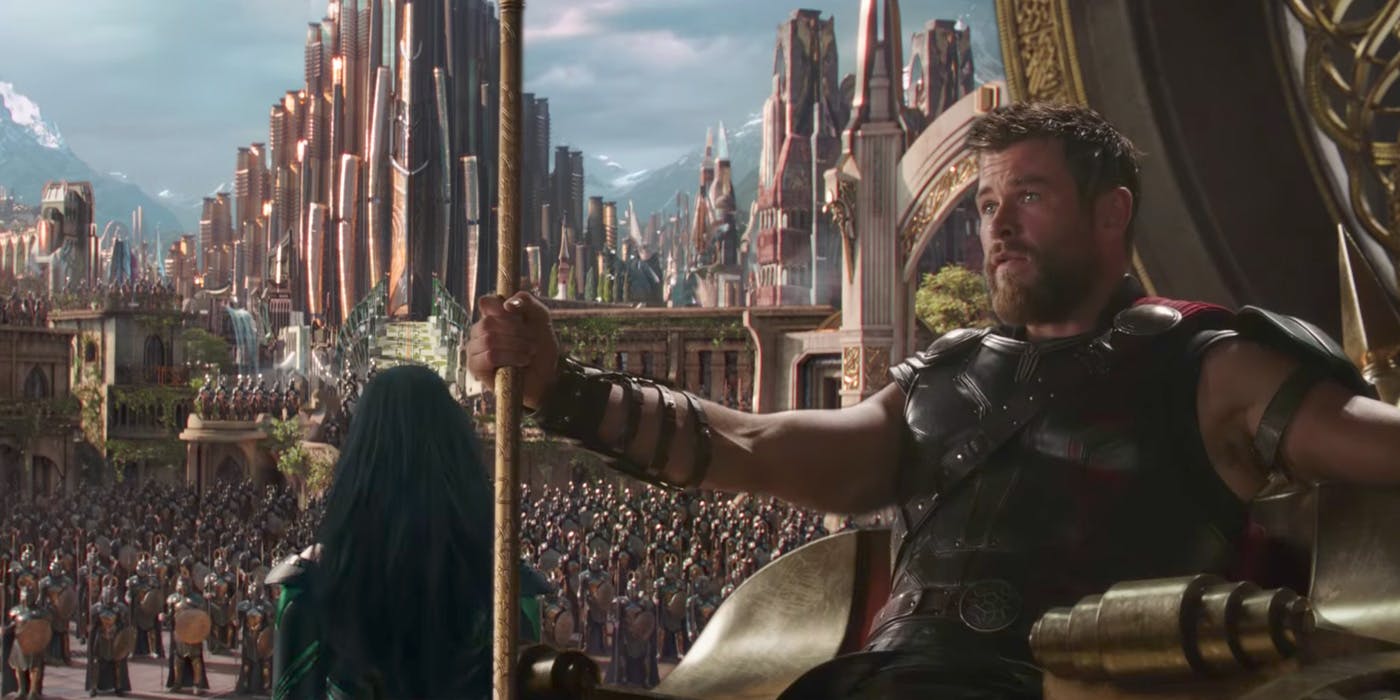 Asgard has a very specific look in the previous films, like Ragnarok. (Image: Disney)

“We were looking at the previous films and then...I’d Googled some Norwegian fishing villages,” Earl said. “The biggest [addition] would be the chapel...If you look carefully there’s a church in there which is from Tønsberg, which is in one of the prior films. A little bit of an Easter egg.”

You have to look for it but, in some of the establishing shots in the film, the church looks very, very otherworldly, a clear indication of ILM’s work.

That work didn’t just stop with the setting, though. The most significant scene in New Asgard is when Hulk and Rocket discover a very depressed Thor hanging out with some familiar friends. ILM did that scene too, bringing back Miek and putting Korg in a very familiar looking shirt. 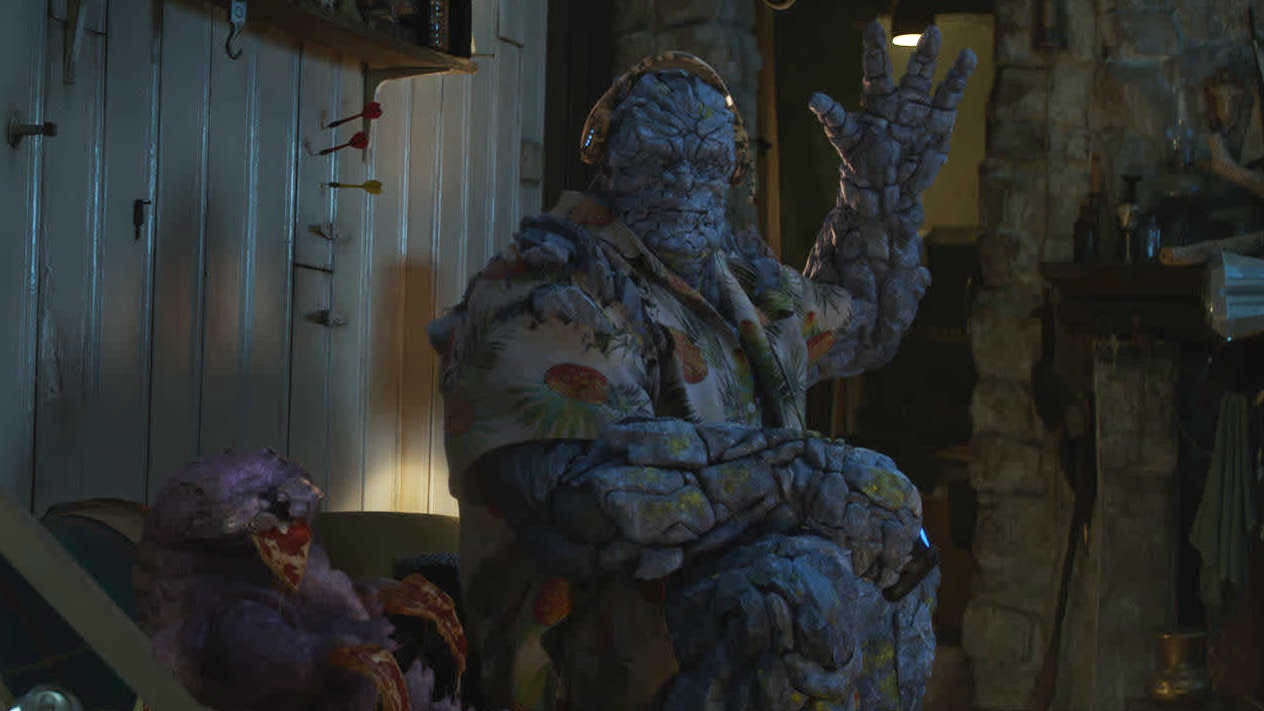 “Taika Waititi, who directed the last Thor movie [and plays Korg], has this pineapple onesie or jumper,” Earl explained. “There are some photographs of him on set where he’s wearing it proudly...and everybody thought it was hilarious. So they thought it would funny if Korg, in his downtime, sort of wore the same pineapple shirt that Taika wore on set. So we built him this little pineapple jumper outfit and give him some flip flops as well.”

As for Thick Thor, Earl confirmed that the effect was almost completely prosthetics and makeup, but ILM did help out a tiny bit. “There was some scene cleanup and in a couple of shots we added a little bit of jiggle,” Earl said. “But for the most part that was makeup.”

From the buildings to the belly jiggle, the best effects are the ones you don’t even notice.