A man says he paid €134 (£116) for what was promised to be a clean home with a private bathroom in Amsterdam, only to find that his Airbnb was a shipping container illegally parked on the side of the road with a bed in it. 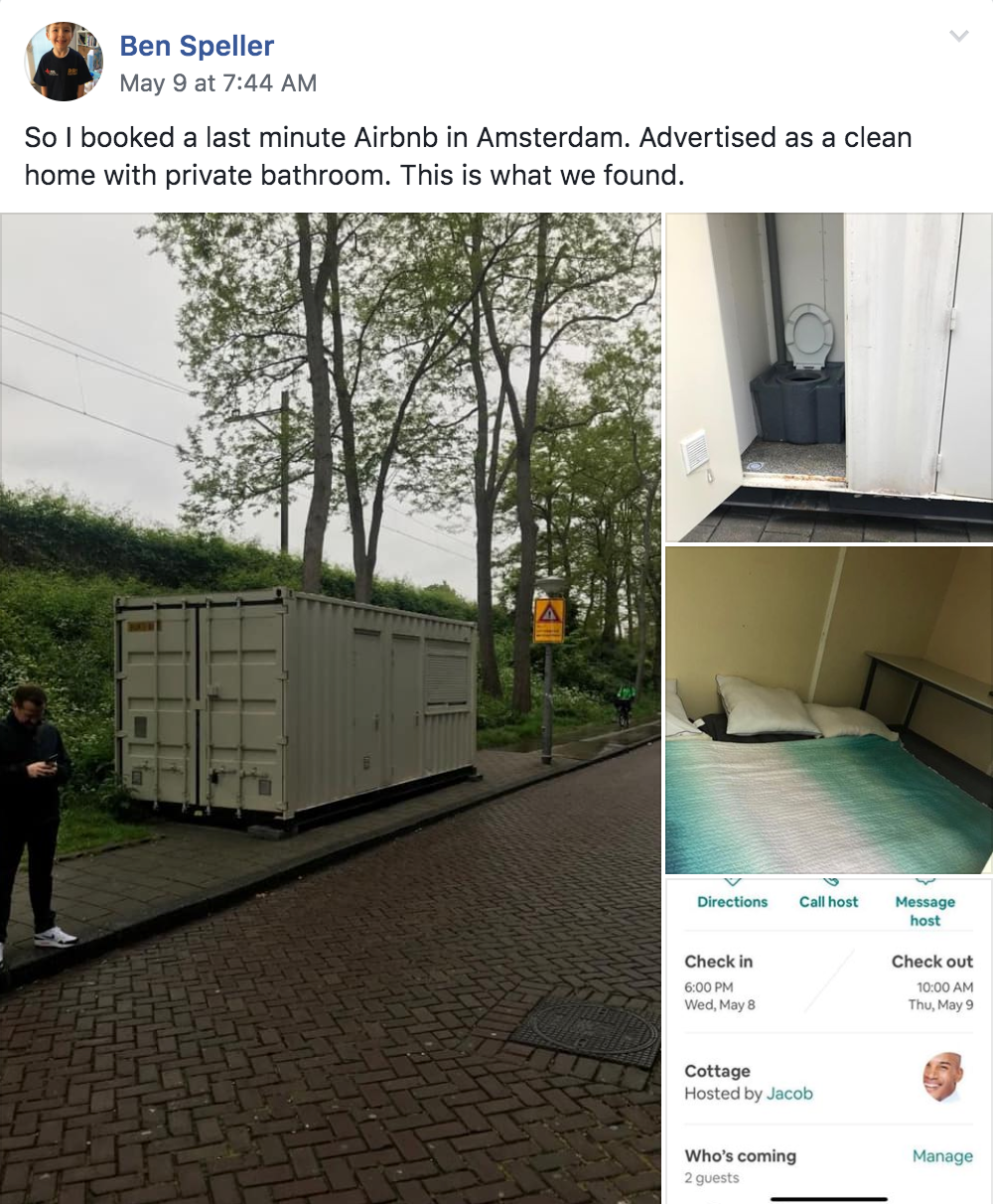 Ben Speller, a British tourist who was visiting Amsterdam, shared photos of his Airbnb as well as a screenshot of the listing in a Facebook group, indicating that the home was categorised as a cottage. The listing has reportedly since been taken down. He commented in the Facebook post that Airbnb refunded him after the host, listed as “Jacob,” refused a refund. Amsterdam had the shipping container removed, according to local television news outlet AT5.

The host, listed as Jacob, reportedly had another shipping container on Airbnb as well. The municipal authorities also had that one removed, but it was reportedly still up on the home-sharing site even after Speller’s story started making headlines (although it has now been taken down). The authorities are investigating the bogus listings, and police haven’t been able to locate the host.

An Airbnb spokesperson told Gizmodo in an email that they removed both the host and the listings from the platform. “Misrepresented or fraudulent listings have no place on our platform, and our team works hard to constantly strengthen our defences and stay ahead of bad actors,” the spokesperson said. “Over half a billion people have travelled on Airbnb and, with over 2 million guests checking into an Airbnb every single night, issues like this are incredibly rare.”

Airbnb horror stories are hardly uncommon, and there have been a number of incidents at properties that are inarguably more traumatising than Speller’s laughably shitty receptacle. But it’s another cautionary tale of just how easy it apparently is to totally dupe someone on the site.

Why You're Anxious About Coming Out of Isolation, According to Experts