Could Apple Really Bring Back Touch ID on the iPhone 11?

When Apple kills a piece of tech, it’s typically gone for good. That’s how things went for the FireWire and USB Type-A ports on old MacBooks, along with the “courageous” removal of the headphone jack back on the iPhone 7. However, if a new patent obtained by Apple is any indication, it’s possible that we might see the return of Touch ID to the iPhone lineup.

However, according to a filing (patent number 10,275,638) first discovered by Patently Apple, what Apple is envisioning on future devices isn’t quite the same as the Touch ID home button you get on an iPhone 8/8 Plus, which was the last iPhone to offer a fingerprint reader.

Instead, it seems Apple will follow in the footsteps of phones like the Samsung Galaxy S10 and others by incorporating a fingerprint scanner that’s built into the iPhone’s display, so that users will be able to unlock their phone, make online payments, or enter passwords simply by touching the screen. 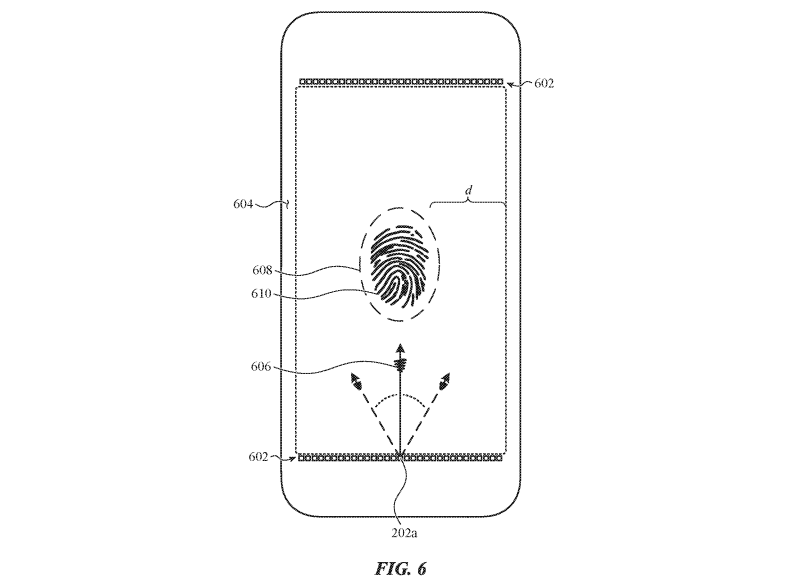 Illustration: Apple (via the US PTO)

In the patent, Apple even specifies that its in-screen fingerprint reader will use an acoustic imaging system to scan the surface of an object placed against the phone’s screen, a technique which is generally regarded as slightly more accurate and secure than the optical in-screen fingerprint sensors found in phones like the OnePlus 6T, which use light rather than sound to scan your digits.

By using acoustic imaging, Apple can create high-resolution texture maps of an object that can differentiate between things like the ridges in a fingerprint, scars, and other defining characteristics in order to prevent false positives. Additionally, it seems Apple isn’t just thinking about scanning fingers either, as a section of the patent mentions using its tech to scan people’s ears or cheeks—which Apple could use to do things like verifying that you are the person make calls or texts on your phone, and not someone who happened to swipe your phone while it was unlocked.

While all this sounds pretty good, this isn’t the first time Apple has thought about adding tech like this to the iPhone, as way back in early 2016, the company was already thinking about ways to create an all-screen iPhone with no bezels, buttons, or other distractions on the front. Even this particular patent was originally filed back in Q3 2016. It just didn’t get published by the US Patent and Trademark Office until this week. 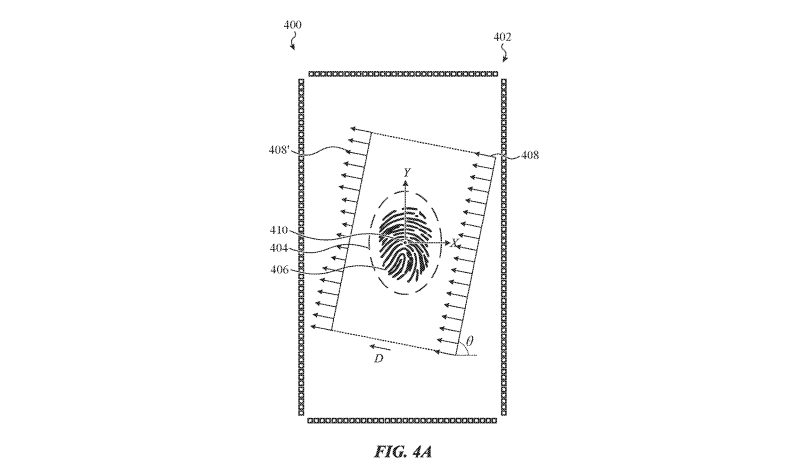 Illustration: Apple (via the US PTO)

But the big question is if this tech will find its way into the iPhone 11 (or whatever Apple call the next iPhone) when it gets officially announced later this year, or if it’s slated for another iPhone that will get released sometime in the future.

Either way, while the revival of Touch ID might seem like a rare backslide for Apple, that’s not exactly the case. That’s because even though Apple’s old Touch ID home button and its ideas for in-screen fingerprint scanner can accomplish similar tasks, the acoustic imaging tech described in Apple’s recent patent is more sophisticated and multipurpose than any kind of fingerprint reader Apple has ever used before.

Additionally, this patent doesn’t mean that the notch will go away, at least not immediately. While Touch ID and Face ID serve similar purposes, they do so in different ways, and like we’ve seen on a number of Android devices, face unlock and fingerprint unlock can live side-by-side in the same device.

That said, I have to ask, with the widespread acceptance of Face ID on the iPhone X, XS, and XR, is the return of Touch ID something iPhone fans really want?