If you’ve lived long enough to remember the early days of digital photography, you may well have hundreds of thousands of pictures squirrelled away on your computer, from various cameras and phones and the web, all terribly organised and almost beyond hope as far as sorting and cataloguing goes. That was my situation—until Google Photos came along.

You’ve no doubt heard of Google Photos, but you might not realise just how smart it is behind its deceptively plain exterior, or how it can help people like me who weren’t born into a world where Google Photos and iCloud Photo Library and Dropbox already exist.

This isn’t a sponsored Google Photos post or an argument about using it over those competing services out there. Google’s primary goal, with any of our data, is to use it to better create ads to target us. It’s created a real privacy issue for the company that it’s only started to truly address recently. Using its services is free, but will cost you in privacy and it’s up to each of us to determine how much privacy we’ll give up for convenience. For me using Google’s AI-driven photo tool finally fixed years of frustration, so I don’t mind. 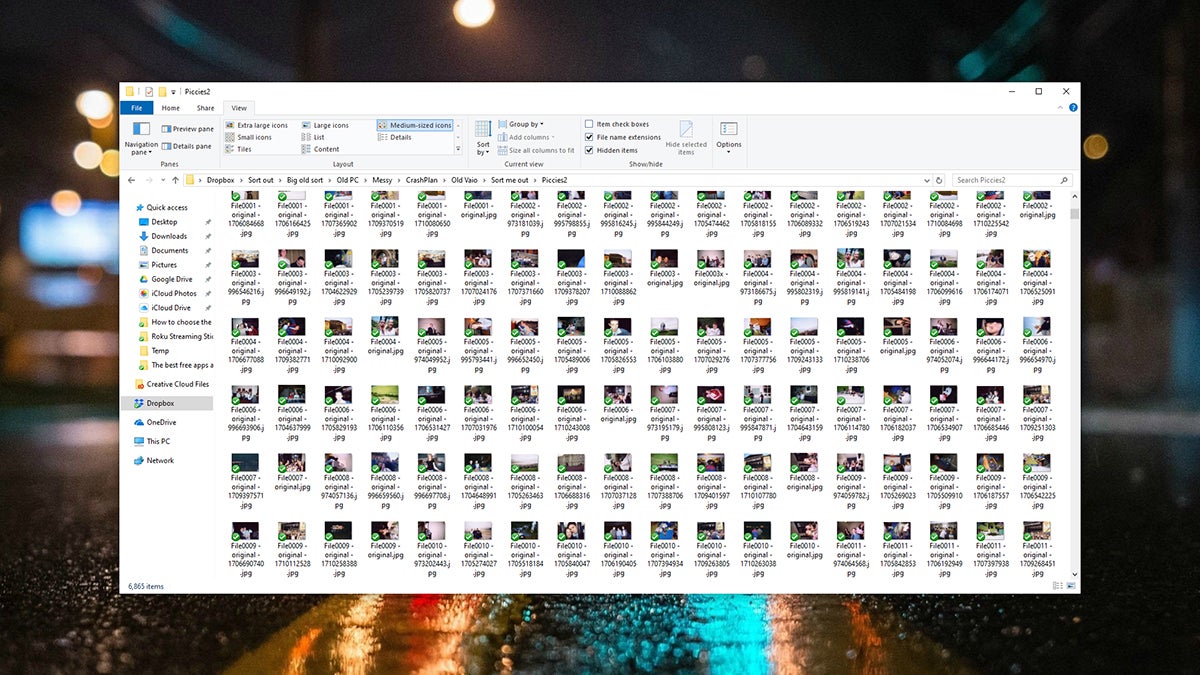 Those first few years of digital picture taking were quite a mess. Photos stayed on your camera, or your phone, unless you took the time and trouble to take out a USB cable or a memory card reader; and once you had them on your computer, getting them organised wasn’t particularly intuitive.

As the quality of photos improved, as internet and cellular speeds increased, as Facebook took off, it became easier to get your pictures straight to the web from whatever device you were taking them on. Flickr was one of the first sites to really understand digital photo management properly, even if it has since lost its way somewhat.

Here was my situation: Masses of photos (we’re talking tens of thousands) on my hard drive, collected from all the phones I’d ever owned, and all the pictures my friends had ever sent me and shared on the web, mixed in with all the cool artwork and photos of my favourite bands I’d collected over the years. 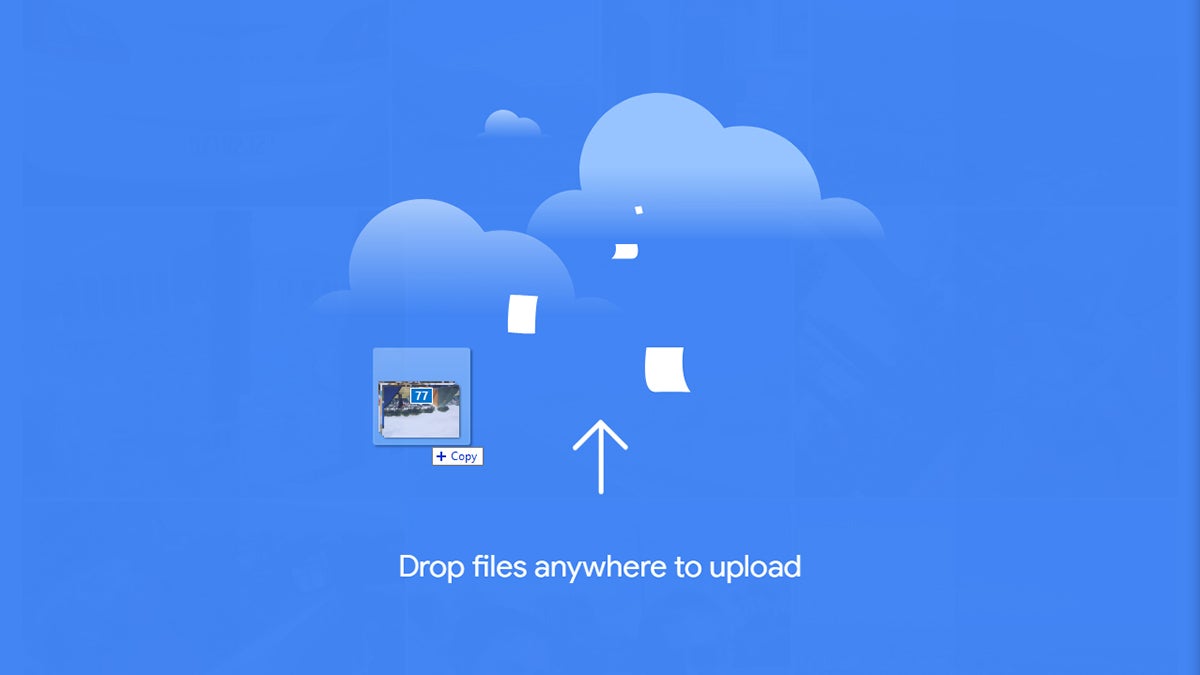 It was a mess—a mess I kept promising myself to sort out, year after year. Something I should really get around to cataloguing and organising. I’d made attempts to get started, with carefully named and numbered folders, but again and again I’d run out of time to finish the job and then have to start from scratch again.

Even now the latest version of Windows struggles to open up some of my local photo folders and display thumbnails for them all. With space on my hard drive running out, and years of fruitless attempts at organising behind me, I was on the verge of just erasing all these old pictures and forgetting everything from before the time when auto-photo uploads became commonplace on smartphones.

Then Google Photos came along. Or rather, I got round to using it properly. 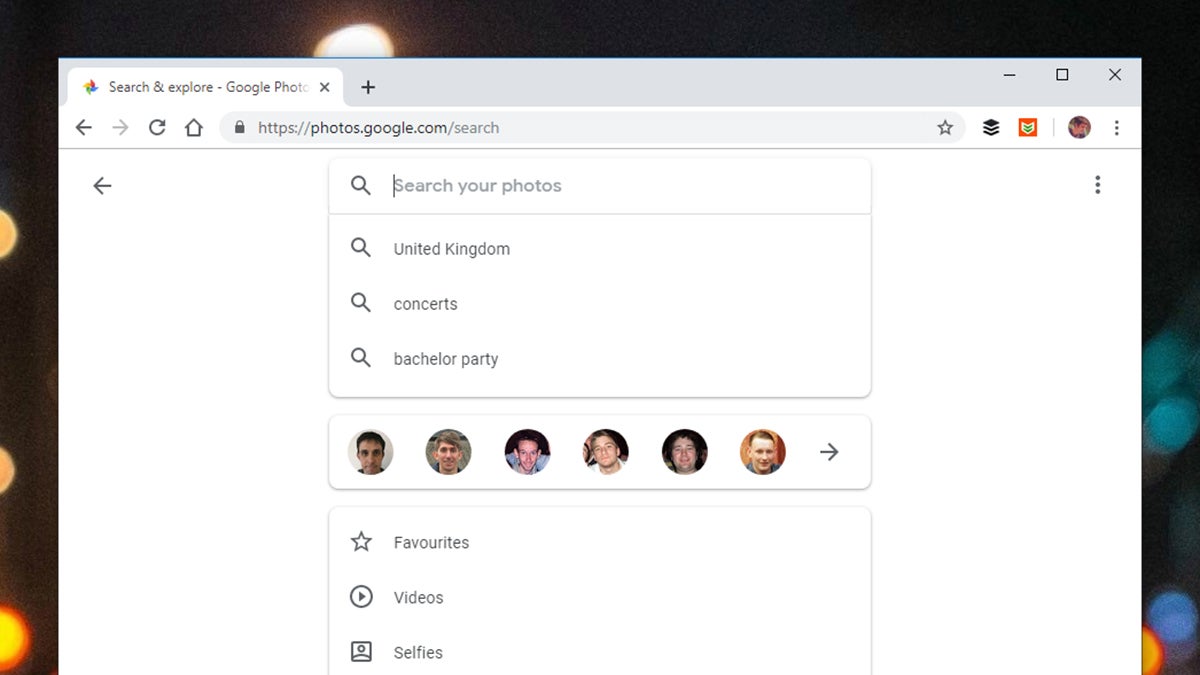 Much easier than hundreds of folders. (Screenshot: Gizmodo)

Here’s what I did to fix all my photo archive annoyances: I uploaded all my pictures and videos to Google Photos. And... that’s it.

What is it that makes Google Photos such an apparently magical solution? For a start, it doesn’t care how many photos you throw at it (paid cloud storage plan permitting)—it handles tens of thousands of images much better than my Windows 10 desktop does. Images upload and appear in a snap.

Second, it automatically detects duplicates, images that are exactly the same, and removes them. This was a huge problem for me, with years and years of accumulated photo folders—photos with a lot of sentimental value that I thought I’d got stored elsewhere but couldn’t be sure about. Google Photos sorted all that. 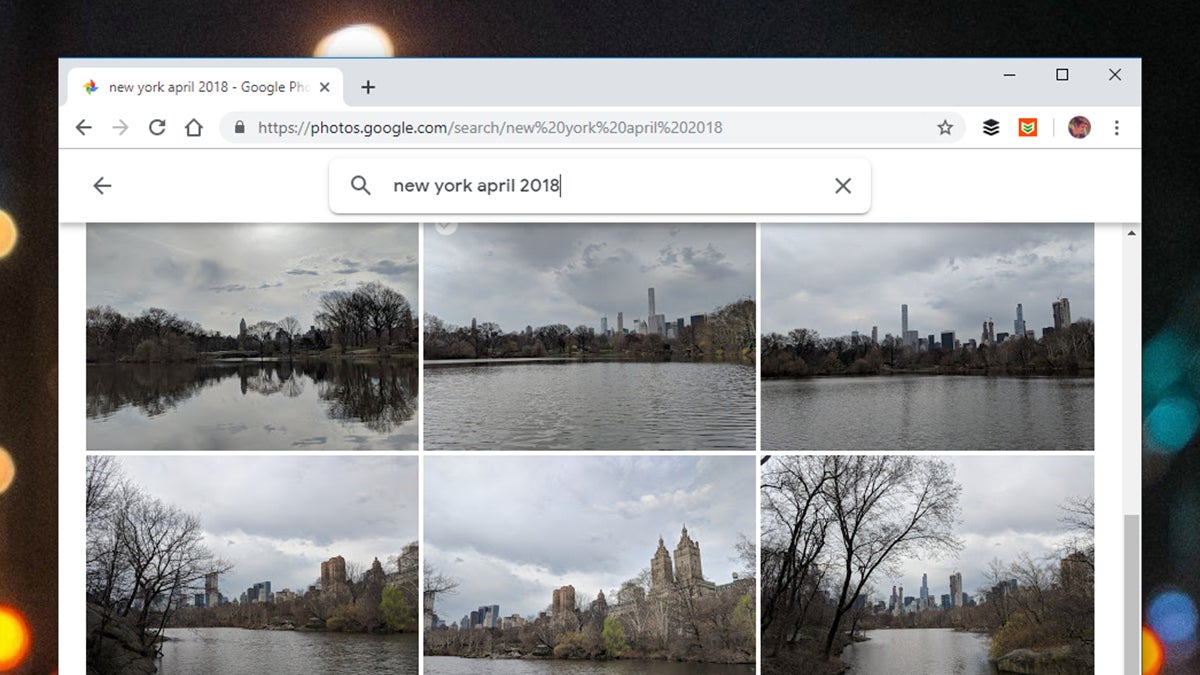 Third, it takes care of tagging automatically: As with Gmail, there’s no need for folders. You want to see your photos from New York in April 2018? Or every picture you’ve ever taken of a sunset? Or all the pictures from your recent skiing trips? Google Photos takes care of all this in the background to save you hours of manual tagging.

This auto-tagging starts with dates and places and then extends to people—Google’s AI is uncannily good at spotting who’s who in your images, even as they grow older over time (hello, fellow old people). Give one picture a label with the correct name, and all the others get tagged as well.

It’s a great way of discovering old photos of people you’d completely forgotten about or getting together a collage to celebrate someone’s birthday, or finding all the photos that feature you and a particular person. If Google Photos gets confused about whether two faces are the same person, it’ll ask you for clarification. 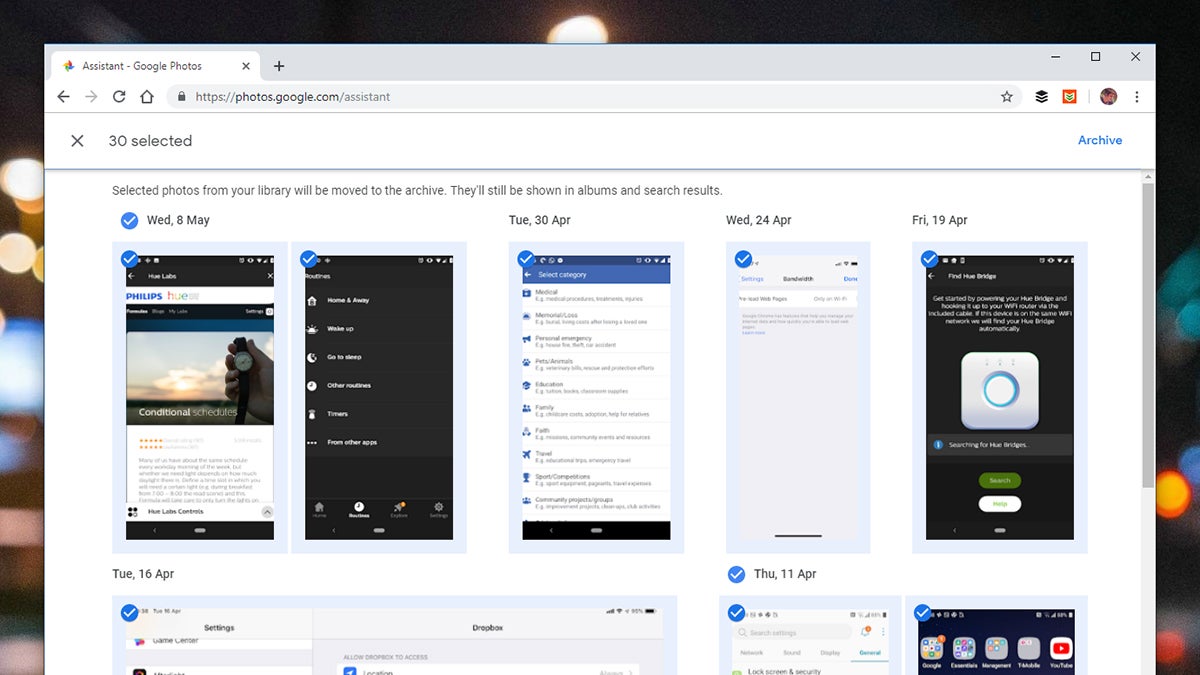 Google Photos can also spot and sort different image types, such as selfies and screenshots (very useful for tech journalists, that last one). One click in the search box and you can look for something particular or have a browse through Google’s suggestions.

Of course, Google Photos isn’t perfect for everyone: When you go above 15GB of room, you need to start paying (unless you’ve got a Pixel). You have to be okay with Google having access to all your photos and video. And if you spend a lot of time on Apple devices, iCloud Photo Library may well be a better bet for you. It does things quite similarly to Google, but natively on iOS and macOS via the Photos app.

What I can say is that Google Photos is fast, intelligent, and the reason I just freed up gigabytes of room on my hard drive. It’s hard to overemphasise just how much of a relief it is, after years of failed attempts at photo organisation, to just throw everything into the cloud and let Google Photos take care of it.