Here's a First Look at the New MacBook Pro Keyboard

Apple is on the verge of perfecting the low profile keyboard, and so far, it’s only taken them three tries and an endless repair programme to get here. The fourth attempt can be seen in the latest version of the MacBook Pro, which our friends at iFixit recently tore down. The key design in this generation of very expensive laptops is new. Does it work? Don’t know yet.

The new generation of Apple’s low profile, “butterfly” MacBook key design looks an awful lot like the previous problematic generation except for a few subtle differences. While the third generation of this key design added a foggy, tacky, silicone-like membrane to protect the switch mechanism, the newest butterfly key design features a transparent, smooth material. The iFixit investigators have identified the new material as polyamide, also known as nylon. 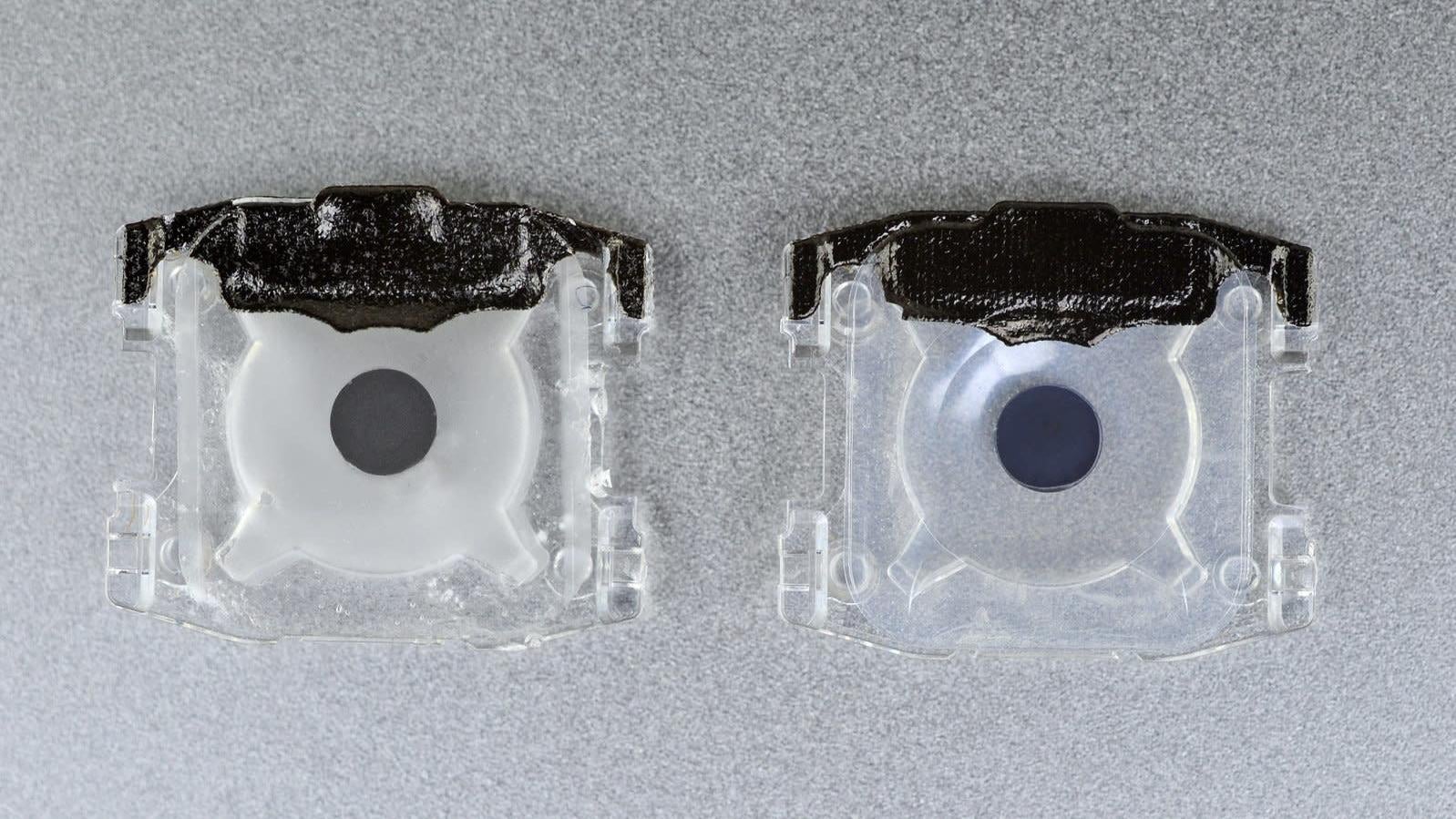 The previous generation of MacBook Pro keys (left) has a foggy silicone membrane, while the new generation (right) has a smooth, transparent membrane. (Photo: iFixit)

That crinkly new protective layer isn’t the only new thing about the 2019 MacBook Pro keyboard. According to iFixit, the metal dome that actually makes keystrokes register also has a new design. These domes are kind of like the safety cap on a jar of jam or bottle of iced tea that pops up after you open it. You know that satisfying feeling of clicking the top of a Snapple? That’s basically how the MacBook Pro keyboard works. If the metal dome gets damaged or distorted, the key might stop working. The new metal dome, MacBook enthusiasts would hope, might be more resilient.

Then again, we have no clue! Apple has been designing and redesigning these butterfly keys since they debuted in 2015, and it feels like it’s been using thousands upon thousands of its money-spending users as beta testers. It took Apple a couple of years to acknowledge flaws in the original butterfly key design and offer a free repair programme. As each subsequent design has failed, Apple has been similarly slow to expand that programme, until earlier this week, when the company announced that pretty much every MacBook with the butterfly key design qualified for a free repair. Apple announced its new line of MacBook Pros as well as the latest new and improved key design at the same time. 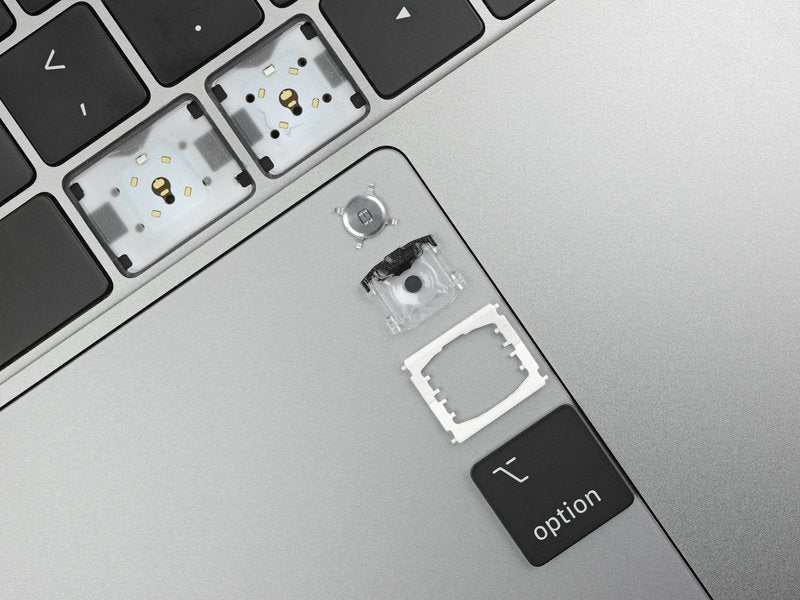 The little metal dome works a bit like the top of an iced tea bottle. (Photo: iFixit)

We don’t yet know if this new attempt at designing a keyboard will work out for Apple. The trillion-dollar company has certainly impressed the world with its ability to create popular mobile phones, but longtime fans might worry that Apple is losing touch with its roots in building computers. Keyboards, of course, are a key component of computers, including laptop computers. Has Apple finally figured out how to create an operational laptop computer keyboard? We’ll see.