Android is the world’s most popular OS, but it's not just for phones or tablets. That’s because changes to Google’s flagship operating system also impact other platforms like Android Auto and Android TV too. So here’s all the new stuff coming to the Android ecosystem later this year.

While beta versions of Android Q have been available for a couple months, new additions so far have mostly been focused on simple UI improvements, new themes (including a system-wide dark mode), and developer tools like better support for devices with flexible screens. But at I/O 2019, Google shed light on some more exciting features coming to Android Q when it officially goes live sometime this autumn. 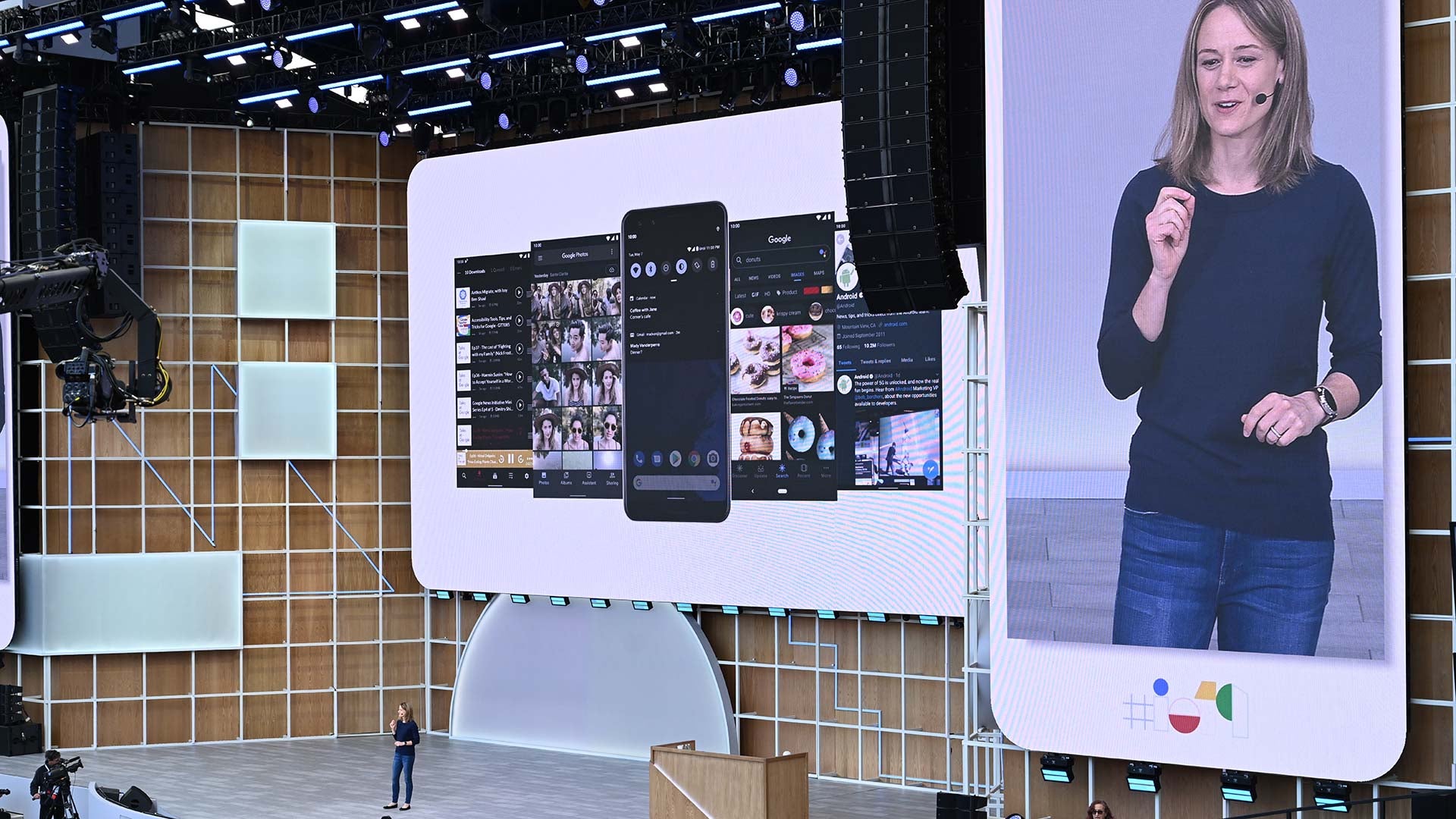 For the 10th major version of Android, Google is focusing on a few big categories: innovation, privacy, and digital wellbeing. When it comes to innovation, Google highlighted a feature it calls App Continuity, which allows devices with bendy screens like the Samsung Galaxy Fold to switch between apps on a small screen, and then seamlessly transfer those apps to a larger flexible display just by unfolding the device. Google also mentioned better support for upcoming 5G phones, but didn’t really say much more than that.

Google is also touting better support for on-device machine learning, so you can better use things like Smart Reply or image recognition, which not only makes these features faster, but also improves your privacy and security, since none of your info ever leaves your phone or tablet.

But to really make sure your data is safe, Google is changing the way you can control and assess what kind of data gets stored on your device, and how it gets shared. In Android Q, you will have the option to share location only while data is being actively used. But the real big boost to security is a new Android OS framework that allows people to get the latest Android security patches over the air, without ever needing to restart your phone. 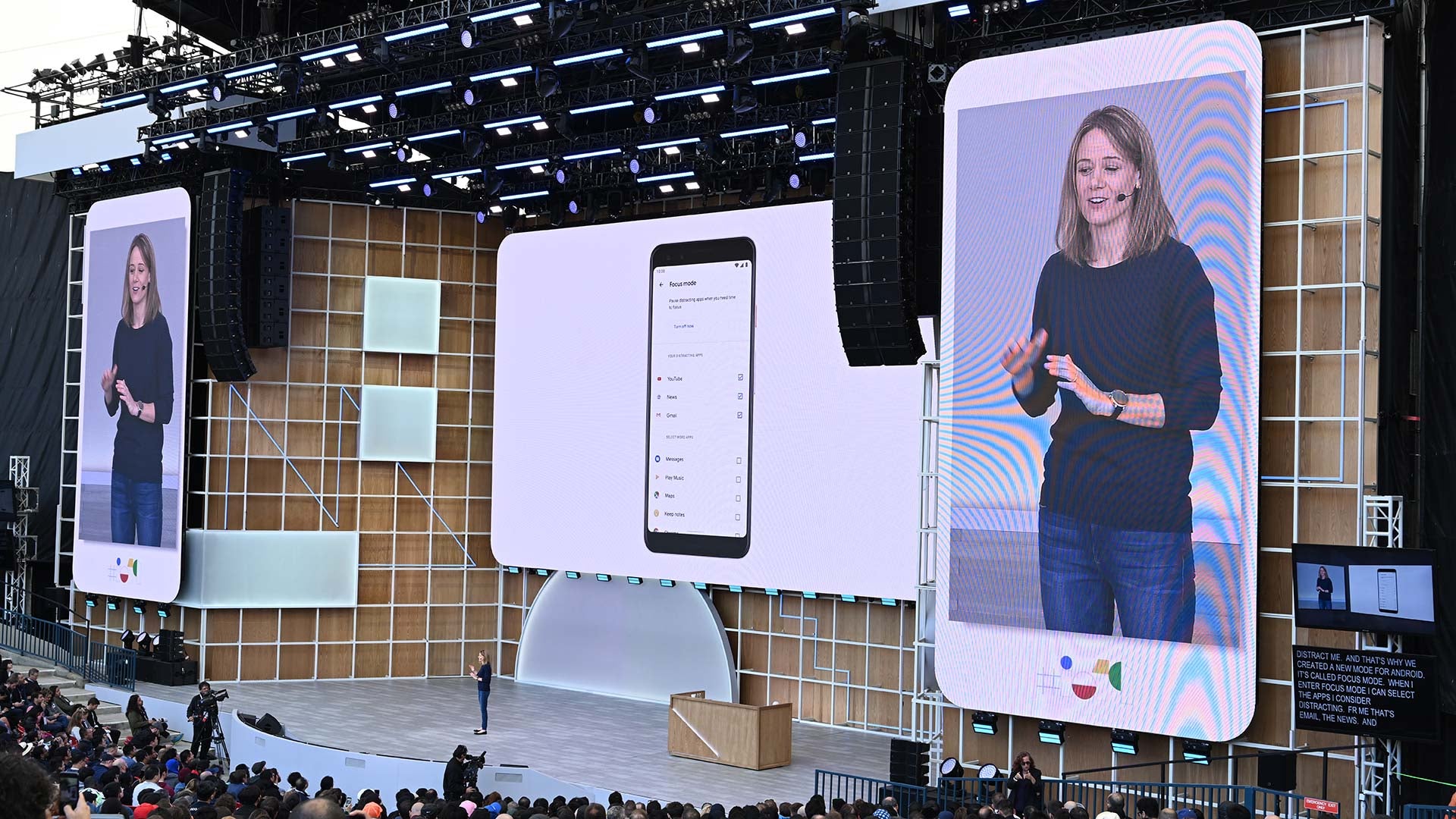 With Focus Mode, Google is making it easier for Android to help you stay on track and get work done. (Photo: Sam Rutherford/Gizmodo)

Meanwhile, when it comes to digital wellbeing, Google has seen a huge improvement in its ability to help people wind down and feel less addicted to tech, using features and tools first introduced in Android 9 Pie. So for Android Q, Google is taking that idea one step further with the introduction of Focus Mode, a new mode in Android that allows users hide or disable your device’s most distracting apps so you can actually get some work done. Google is also improving parental controls so that parents can set usage limits on individual apps as well. No more sneaky marathon Fortnite sessions kids, sorry.

Also, while it’s not strictly an Android feature, Google Assistant is also getting some important new abilities, especially as it pertains to speed. Previously, every request to the assistant required help from the cloud in order to recognise voice commands. However by figuring out to how reduce the size of its speech recognition library to under half a gigabyte, Google has made it possible for the Assistant to respond to voice commands completely on-device, without the need to ping the cloud. That means the speed of Google Assistant's responses will no longer be at the mercy of your network connection. 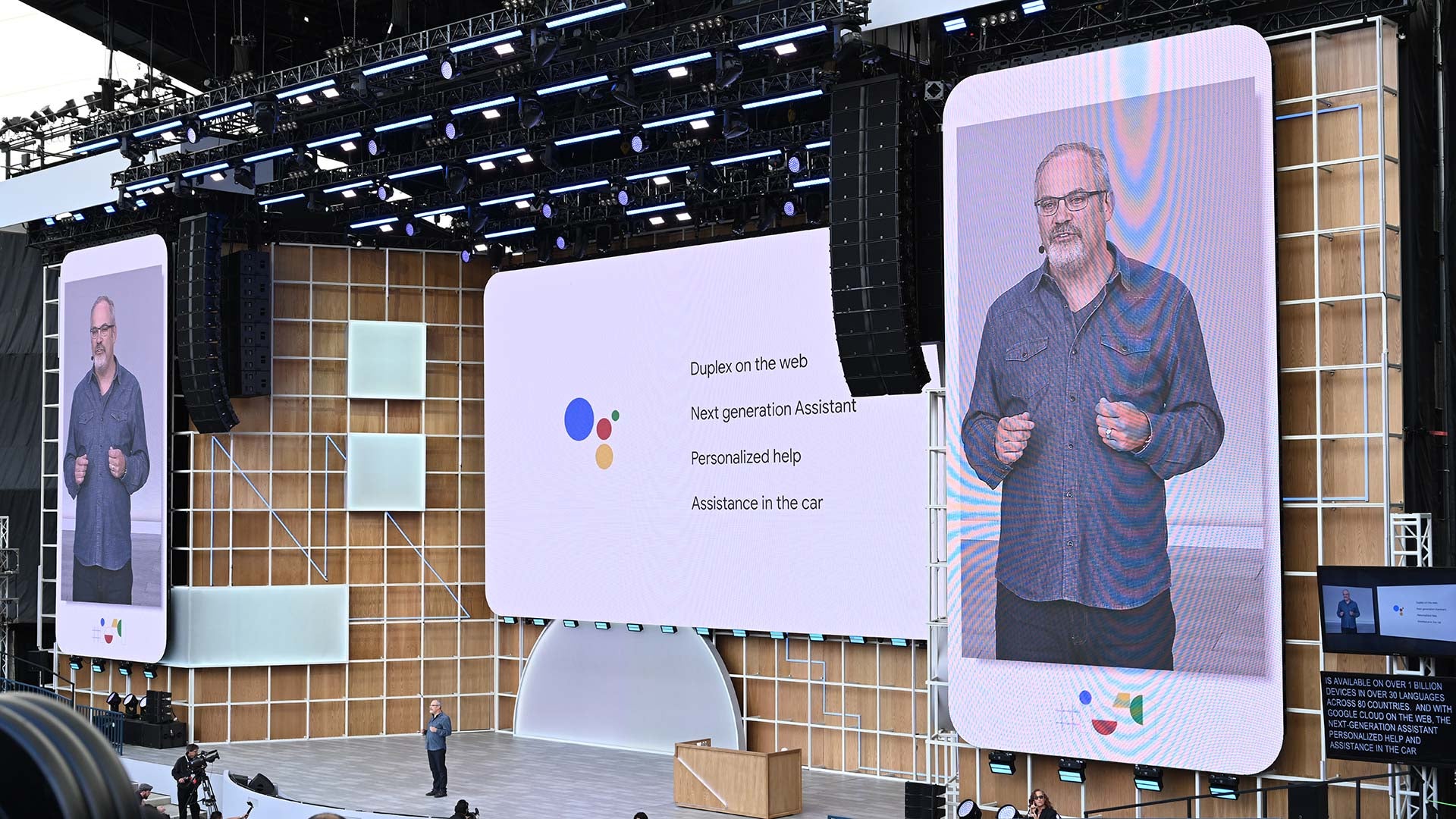 Another small but important new ability for the Google Assistant is the ability to snooze or dismiss timers and alarms just by saying stop. No need to say “OK” or “Hey.” (Photo: Sam Rutherford/Gizmodo)

Furthermore, Google is also giving the Google Assistant the ability to respond to multiple requests without saying “OK, Google” or Hey, Google” every time, which essentially supercharges how fast you can converse with Google Assistant. And if that’s not enough, the Google Assistant is also getting a dedicated driving mode to help keep distractions to a minimum while you’re in the car, and new, more personalised suggestions when you’re searching for things like recipes.

Android Auto gets a fresh face (and a dark theme too)

With the first car ever to run stock Android Auto out of the factory slated to hit the market later this year, Google decided to give the entire platform a new look for 2019 that makes Google’s car platform both easier on the eyes and easier to see important apps and info with just a glance.

Not only does the new Android Auto interface have a new dark mode theme to prevent any sort of night blindness along with better support for widescreen car display, there’s also a new navigation bar that lets you see your turn-by-turn directions and things like phone controls and your favourite apps, all at the same time.

On top of that, the Android Auto notification centre has been upgraded to better highlight the latest messages and alerts, so you can better decide what’s important right now, and what can be safely ignored until your drive is over.

Finally, Google has also streamlined Android Auto’s startup, so that as soon as you turn your car on, Android Auto will start playing whatever song you were listening to last and pop up your favourite navigation app. Look for these updates to roll out to compatible Android Auto infotainment systems later this summer.