Across the US, industrial machinery creates a constant underground hum that sends vibrations through the surface of the Earth. Scientists are now mapping that subterranean humming.

In any experiment, it’s crucial to understand what’s going on in the background—what noise already exists—in or to fully characterise any signals you’re seeing. Scientists have realised that Earth is full of vibrations from turbines, regularly spinning fans that send low-frequency pulses through the ground. Those hums could interfere with some scientific research, including the work done by seismologists and even particle physicists.

The industrial “hum” is much like a hum you hear when you walk into a room where a fan is running—a persistent signal, but much lower in frequency. Wind turbines and turbines in hydroelectric systems can produce these hums, which can get in the way when you’re trying to study earthquakes, scientist Omar Marcillo from Los Alamos National Laboratory said in a press statement. Indeed, the researchers first noticed the hum when it showed up in data about ocean storms. It could even show up in sensitive physics experiments, where even the slightest vibrations can produce false signals. 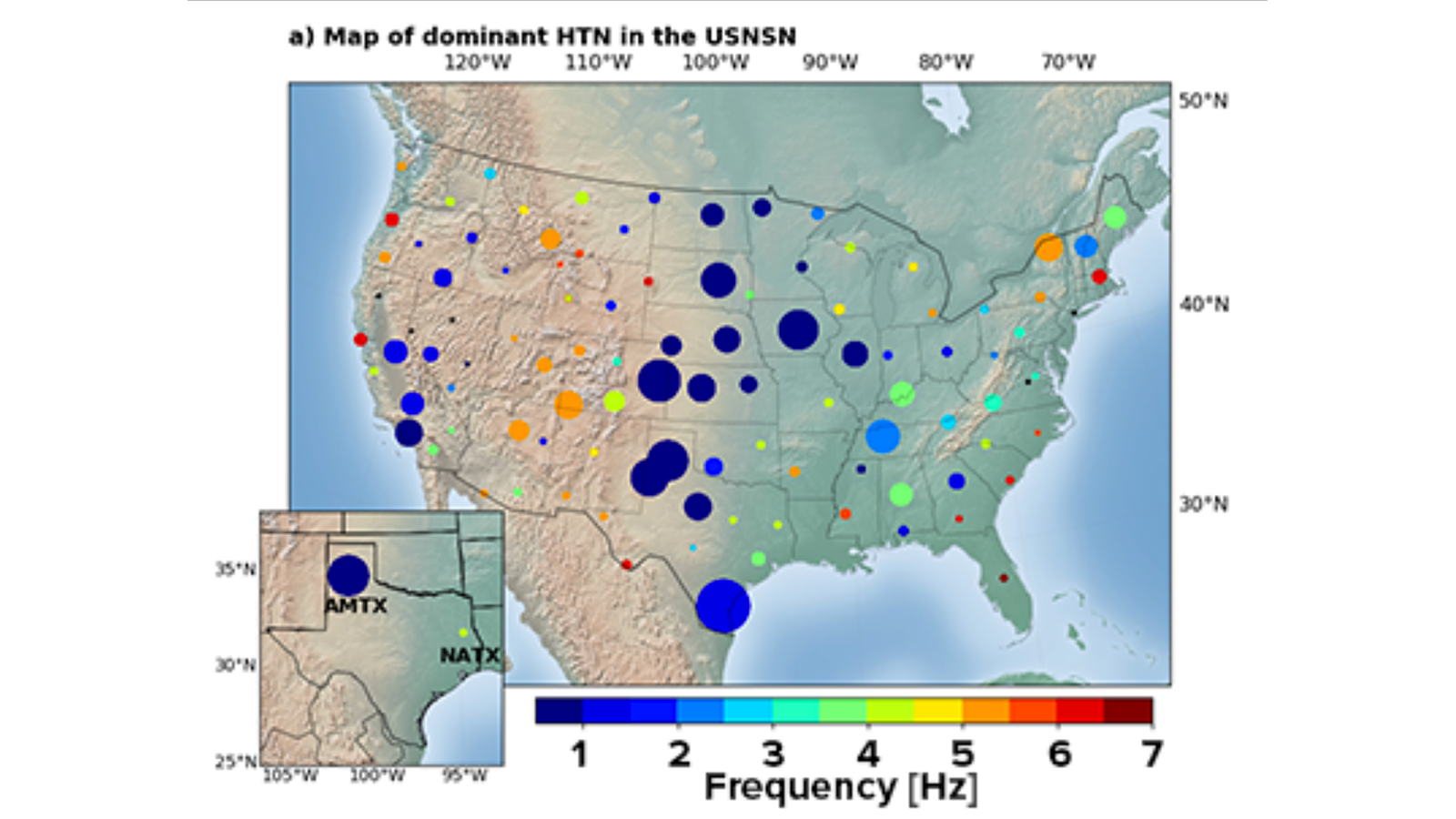 An early version of the map. (Image: Omar Marcillo/LANL)

The researchers started with two seismic stations in the US state of Texas. Now, they have added signals from 400 mobile seismic stations called the US Transportable Array, giving them more than 10 years of data, according to a press release from the 2019 Seismological Society of America Annual Meeting.

Crunching all the data from all of those stations has been a challenge, according to a project update from the team published in Eos—analysing 13 years of data from two stations took over 30 hours. But with updated computing methods, they were able to crunch the numbers from 100 stations in the same amount of time. The researchers are now moving their analysis to data from 1,690 mobile stations, according to the update. This will allow them to create an even more detailed map of the hums across the US.

Truly, the entire world is vibrating with the hum of humanity.