The Director of Godzilla: King of the Monsters Talks Making Things Biblical

“The Godzilla Sequel Will Feature Mothra, Rodan, And King Ghidorah!” That was a headline back in 2014 when Legendary Pictures first announced the film that would become Godzilla: King of the Monsters, which, after five long years, finally hits cinemas this week.

At that time, the film’s eventual director, Michael Dougherty, had nothing to do with Godzilla. He was simply a fan working on another movie called Krampus. It wasn’t until years later that he’d come on board and in that time, things changed. Legendary told Dougherty it was willing to remove Big G’s previously announced co-stars if he so desired but he was having none of that. Dougherty too wanted the movie the fans were promised.

“Even though [Legendary] had secured the rights to the characters it wasn’t a mandate that they had to be in it,” Dougherty told us last week in Los Angeles. “Legendary was very firm in saying, ‘Listen. It’s whatever you think is best but we have these [characters] if you want them.’ And I would’ve chosen those [characters] anyway. They are just as iconic as Godzilla in some ways.”

Adding legendary kaiju like Mothra, Rodan, and Ghidorah instantly upped the ante for the Godzilla sequel which, of course, is what sequels do. Simultaneously, their addition made another mandate Dougherty gave to the film even easier.

“[I wanted to] make it feel more biblical,” he said. “To make it really feel like we’re witnessing the rise of ancient almost Lovecraftian Gods. The old ones. And how that would change [he paused for emphasis] everything.” 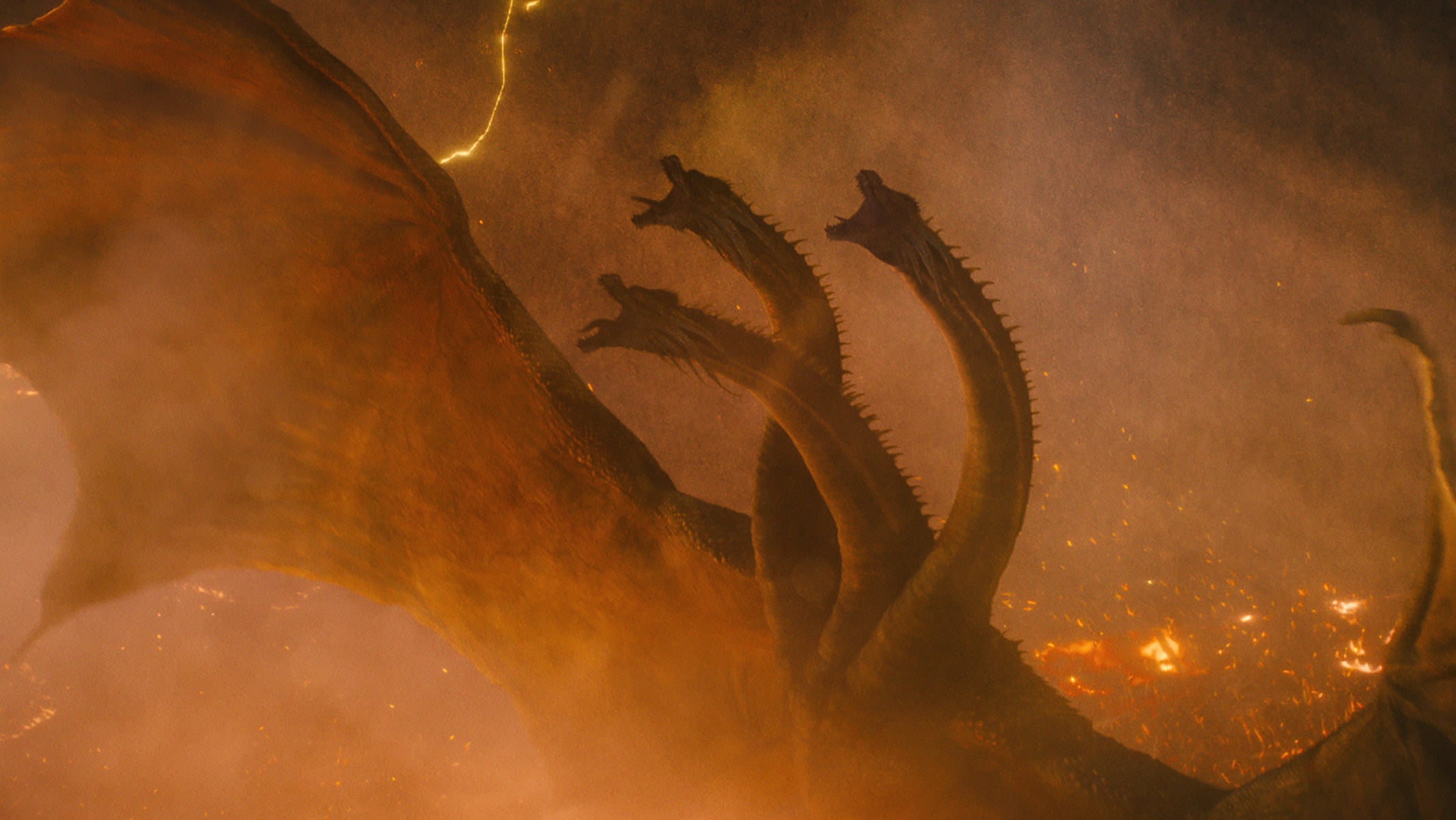 Some of the images in Godzilla: King of the Monsters look like paintings, and some even started that way. (Image: Warner Bros.)

As King of the Monsters begins, the emergence of Godzilla in the 2014 film has done that. The world is different. New black markets and massively influential corporations have been created. Citizens across the globe are watching and waiting for monsters like Godzilla to appear. But the stakes had to be even bigger to achieve “biblical.”

“Rodan emerging from a volcano isn’t just a big bird climbing out of a mountain,” he said. “It changes the whole colour palette of the sky. Ghidorah is more than just a three-headed dragon. If he takes to the air, there would be a chain reaction that the atmosphere would go through. Having a giant three-heading dragon emitting electrical pulses would trigger super storms potentially. So it’s like each creature is breaking a seal of Armageddon.”

Mothra, on the other hand, was not as easy to incorporate into the story.

“I was a little hesitant about her because she’s a giant moth,” he said. “But the more I thought about it and the more I went back and watched a lot of giant insect movies, including Starship Troopers by the way, the more I realised this is an opportunity to do something very cool and different and bring in Mothra as sort of a balancing force to the other creatures.”

Dougherty’s film thrives on that as well: doing things differently from Godzilla movies in the past, and sometimes by doing things none of the other films have ever done in the 65-year history of the character. 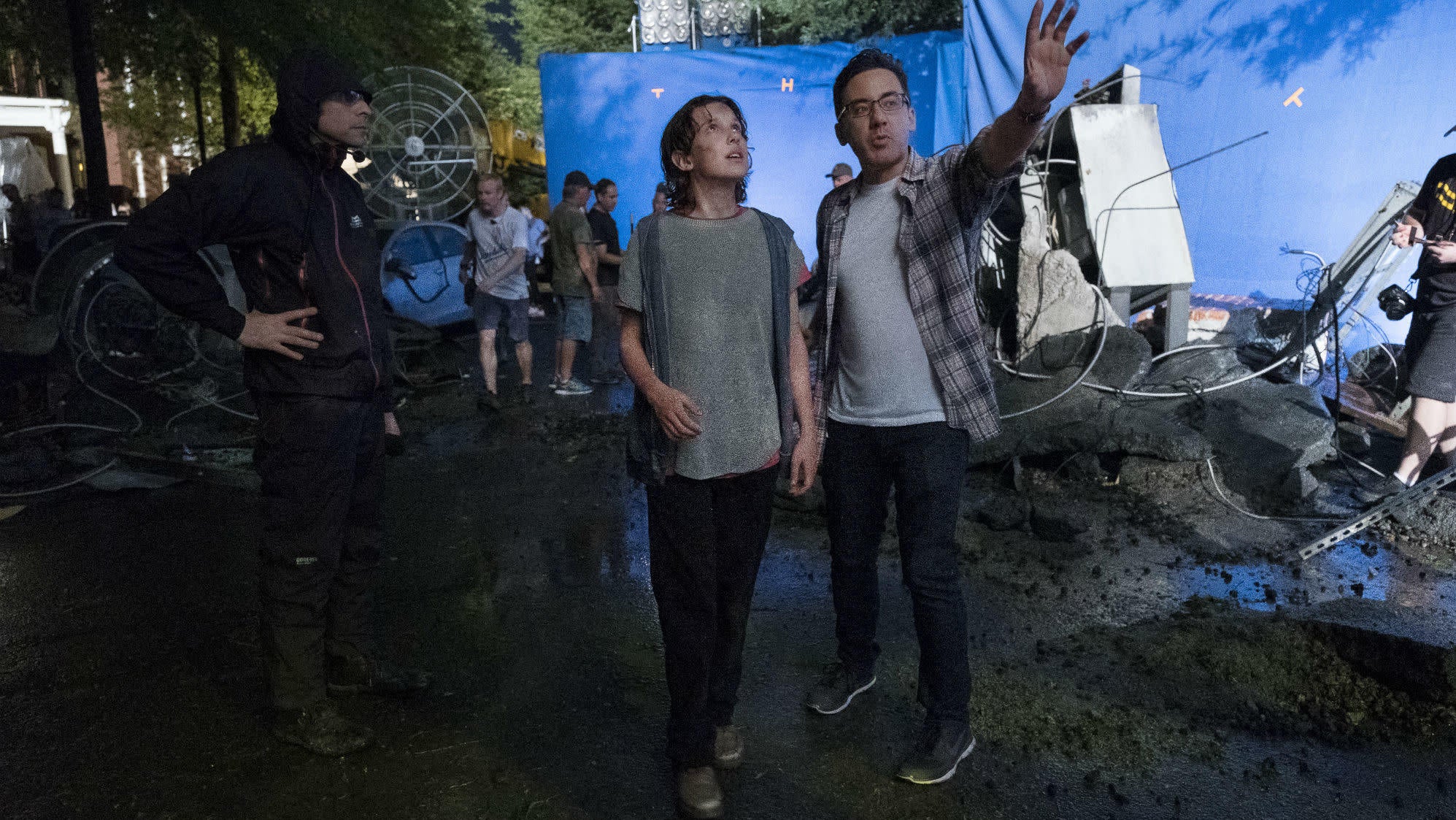 “I’ve had a list of moments and ideas that I’ve always wanted to see done in a Godzilla film but strangely, in 65 plus years of movies, hadn’t been done,” Doughtery said.

One example was reintroducing Godzilla’s theme music, which had never been done in any of the American remakes. The others, well, are a little too spoilery to talk about before people have a chance to see the movie. Surprisingly though, big mythological revelations or moments were all greenlit fairly easily by Toho, the company that controls Godzilla. There was one weird thing the company wasn’t OK with, though. At least initially.

“The idea of the creatures actually eating people was something that they initially pumped the brakes on,” Dougherty said. “I just naturally assumed, as a fan of this genre, that part of the instinctive fear we all have is ‘Oh a giant monster might eat us.’ So I wanted to show that. And initially, they said ‘Oh the kaiju don’t eat people, they eat radiation.’ So it was more of a conversation but ultimately we got there.”

Another place Godzilla will ultimately get is into a showdown with King Kong. That’s coming in next year’s Godzilla vs. Kong, which is currently in production from director Adam Wingard. And while Godzilla: King of the Monsters has a lot of references to Kong as well as his home of Skull Island, Doughtery says most of that was just put in for fun. 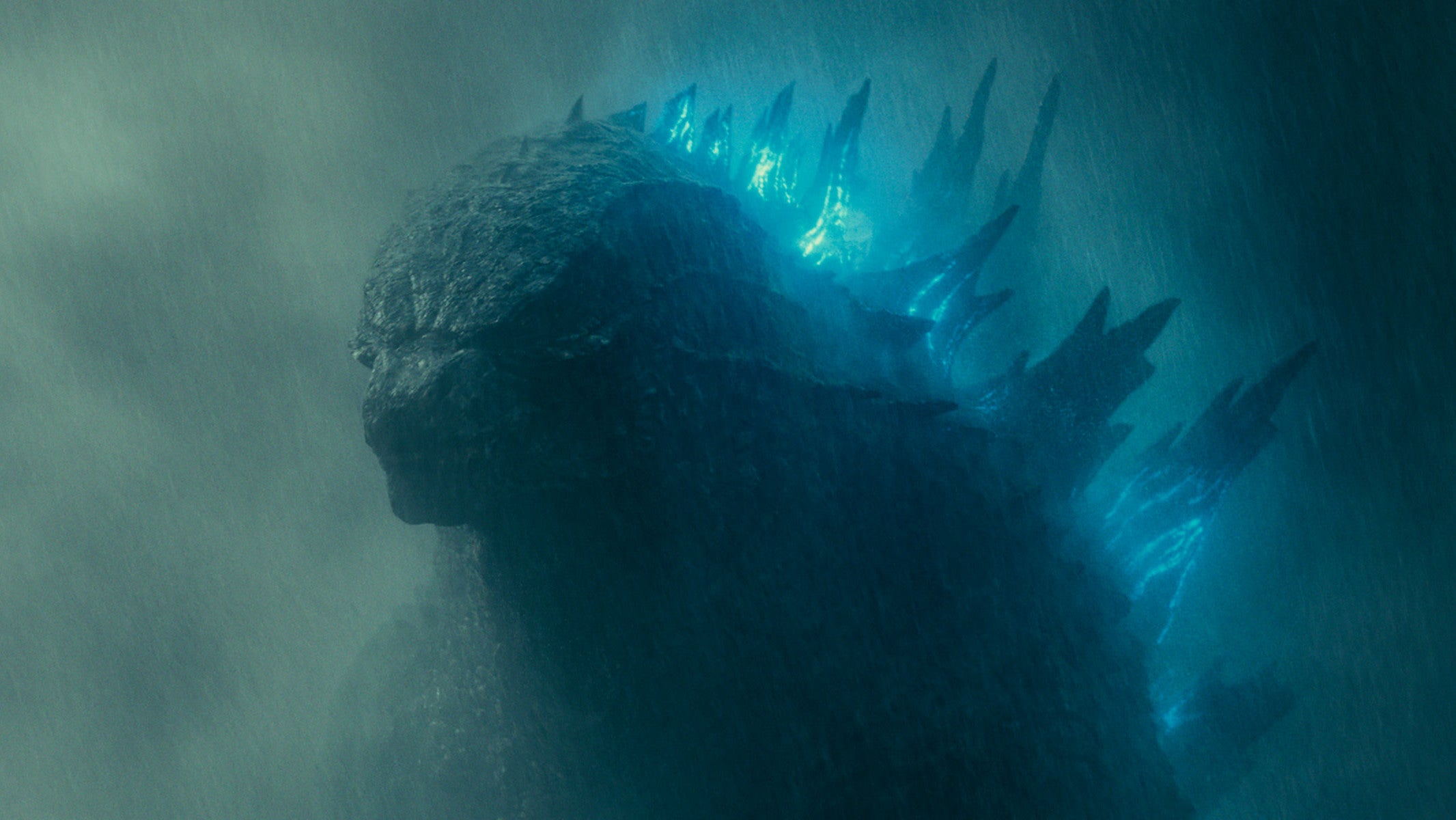 “To me, it just comes naturally. You want to hint the story and the world you’re witnessing is still bigger [and] there could potentially be more to come,” he said. “Legendary didn’t mandate it by any means, but I knew that Godzilla vs Kong was on the horizon [and] nobody was going to stop me from mentioning it.”

Nope. We’re not buying it. Some of those references have to add up to something, right? They can’t just all be in there for fun.

And so Godzilla will return, thanks to the biblical effort of director Michael Doughtery.