This Is the Fitness Smartwatch You Should Buy

If you’re serious about starting or maintaining an exercise routine, fitness trackers and smartwatches are a great way for both beginners and veteran athletes to track progress and stay motivated. Still, there are a tonne of options out there with different features and advantages, so which one should you choose?

Simple trackers, like the £90 Fitbit Inspire HR, are a budget-friendly choice, but they often use small monochrome screens that don’t offer a lot of information at a glance and are difficult to read in direct sunlight. Smartwatches offer larger, easier to read displays and can give you better insight into how you’re doing mid-exercise, making them the superior outdoor fitness companion.

Fitness-minded smartwatches have come a long way in the past few years. While they all generally offer heart rate monitoring and built-in GPS—the two most important factors for tracking outdoor activity—more sophisticated options come with onboard music storage, NFC payments, automatic activity tracking, and experimental features like stress monitoring. The more you get, the pricier the watch.

Speaking of price, a good fitness smartwatch can range anywhere from £200 to £800. That’s a significant investment, even on the lower end. To see which offers the best bang for your buck, we tested five contenders from the major players in this category: the Samsung Galaxy Watch Active (£230), the Apple Watch Series 4 (£400), the Fitbit Ionic Adidas Edition (£280), the Polar Vantage M (£250), and the Garmin Fenix 5S Plus (£700).

For this Battlemodo, we tested these five devices on three criteria: How well they work without a companion phone, automatic tracking, and accuracy.

Which smartwatch lets you leave your phone at home?

When it comes to running or cycling outside, figuring out where to put your phone is a big pain. It can be distracting to adjust an armband on the fly, and worrying you’re going to drop your phone (and probably crack the screen) is no fun when you’re trying to enjoy the scenery.

Here’s why cheaper trackers and smartwatches aren’t the best companions for outdoor activity—they rely on your phone’s GPS to track your distance. All five of our contenders feature built-in GPS, meaning you can safely leave your phone at home. That said, GPS accuracy and signal can widely vary among devices. Water, tall buildings, and even dense trees in a park can mess with a device’s ability to get a good signal. 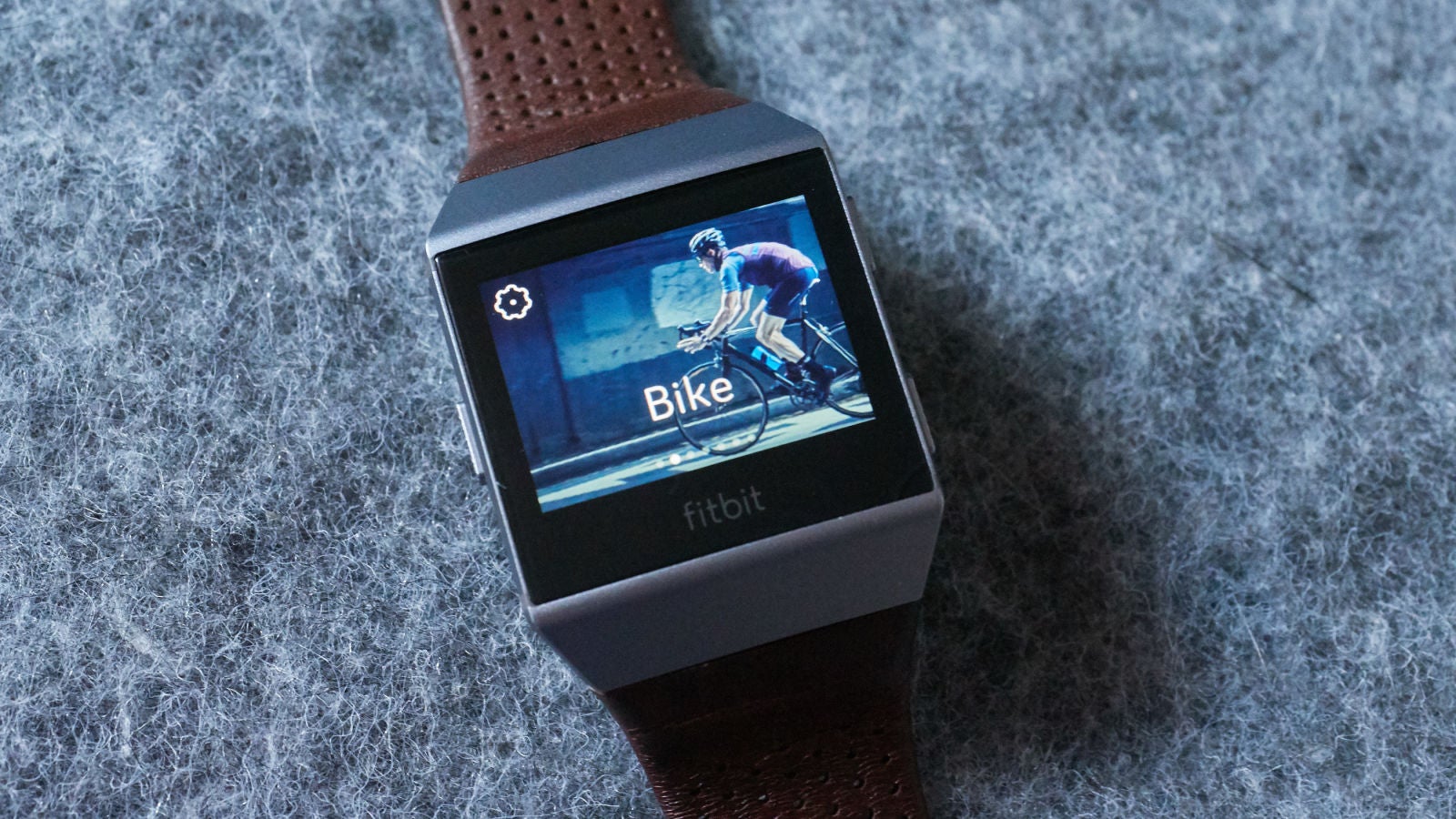 This is the regular Ionic. Looks wise, it’s pretty much the same as the Adidas Edition, which just comes with a godawful perforated strap, some extra running features, and an Adidas exclusive watch face. (Photo: Alex Cranz/Gizmodo)

To test the GPS accuracy on these smartwatches, we trekked to the nearest park with a running track. Race tracks give you a fixed, measurable distance—we know that four laps are the equivalent of one mile. So, we ran four laps while wearing the watches and then compared the result.

All of the watches over-reported the distance. The most accurate of the bunch was the Fitbit Ionic Adidas Edition at 1.03 miles. The Polar Vantage M came in second with 1.06 miles, followed by the Samsung Galaxy Active and Garmin Fenix 5S Plus at 1.07 miles. The Apple Watch did the worst, measuring 1.1 miles. Now, a tenth of a mile might not seem like a lot, but it adds up if you run longer distances.

I also tested all five watches individually over a few weeks to see how they did on longer, casual outdoor runs. The standouts of this bunch were again, the Fitbit Ionic, the Polar Vantage M, and the Garmin Fenix 5S Plus. The transflective displays on the Polar and Garmin made it easy to see my data. The Garmin also offers on-wrist GPS maps, which I didn’t find useful, and its button navigation was a little too confusing to use during a run.

However, I love that the Fitbit Ionic Adidas Edition let me store music onboard, and succeeded in automatically pausing my workout at stop lights. The Apple Watch can also store media, as does the Samsung Galaxy Watch Active. But when you consider the Ionic’s reasonable price and superior accuracy, it’s the clear winner for a hands-free run.

Which watch has the best automatic tracking?

The absolute last thing you want is to lose credit for a workout you’ve already done. Imagine you huff and puff for three miles, look down at your smartwatch and doh, you’ve forgotten to record, but you also swear you hit that record button.

Automatic tracking is something a lot of fitness smartwatches boast, but the results are often wonky. Sometimes, you dance for a whole hour and a half, and your watch says you did nada. Other times, it seems like you take a brisk walk and you get credit.

For this battle, I strapped on all five watches and went for a power walk to see which watch would notify me of my activity. That means getting my heart rate up to at least 110 beats per minute, well above my 60 bpm resting rate. 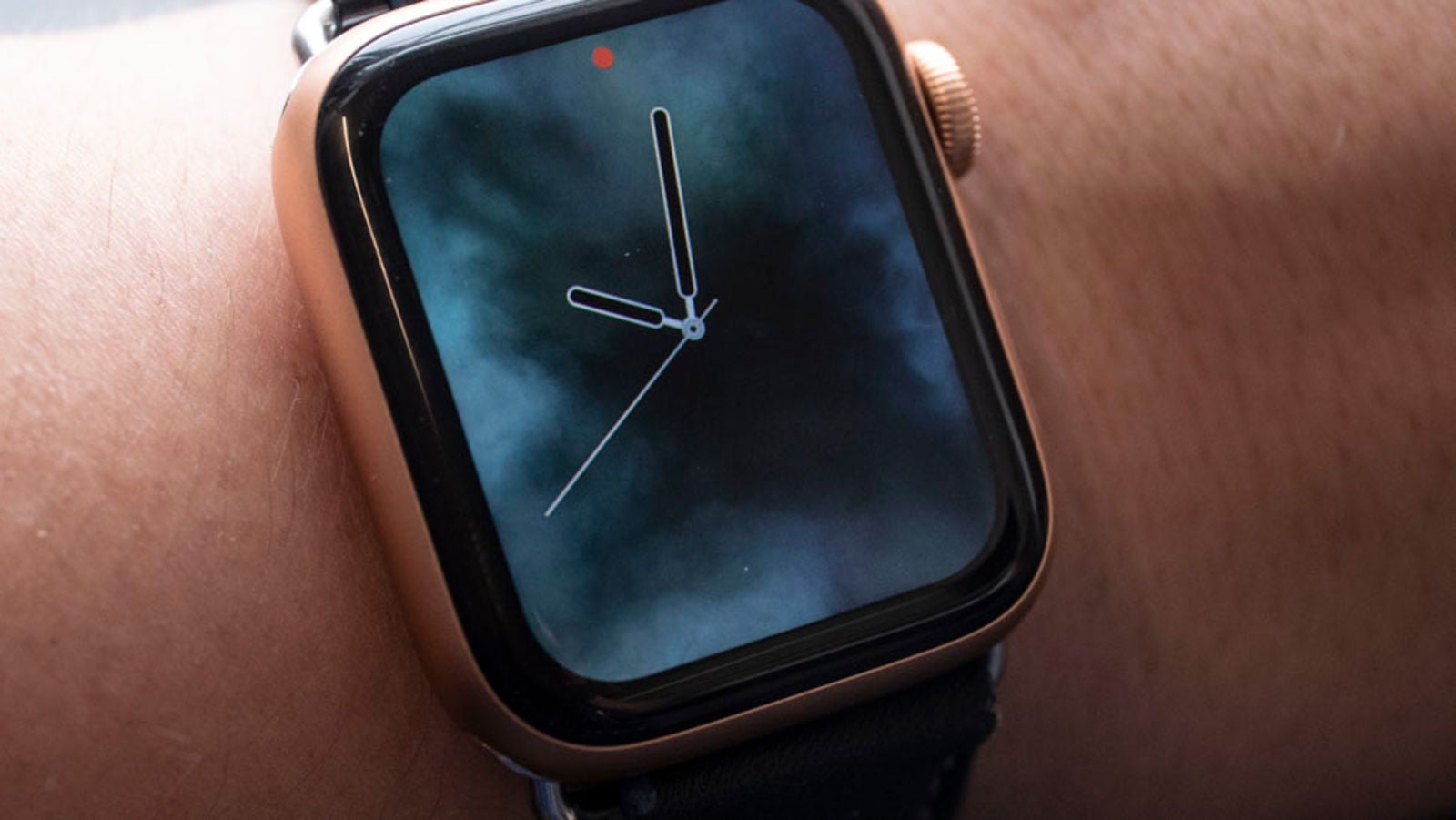 It took the Apple Watch only 10 minutes to recognise that I was in the midst of some activity, and I got a handy notification asking if I wanted to record an outdoor walk. To give the other watches a fair chance, I kept walking for another five minutes but got no notifications. (What gives?)

However, credit where credit is due. In individual testing, the Samsung Galaxy Watch Active regularly tracked walks lasting longer than 12-13 minutes. The Fitbit Ionic Adidas Edition also ended up tracking that 15-minute walk when I synced with the app later in the day—I just got no on-wrist notification. It also did a better job of recognising runs when I deliberately did not hit the manual record button. However, it often got the start times off by a couple of minutes, which was frustrating. (I want credit for the extra five minutes I ran!) Meanwhile, the Apple Watch more consistently auto tracked both walks and runs, though it struggled a bit with more unconventional exercises like aerobics and dancing.

Which delivers the most accurate and useful metrics?

Fitness smartwatches track a whole lot—steps, distance, elevation, calories burned, and so on. But for serious athletes, steps isn’t really a useful metric. What’s important is a watch with accurate heart rate monitoring, as companies will often factor it into other algorithms to calculate metrics like sleep quality and recovery time.

For this battle, I strapped on a Polar H10 chest strap for comparison and wore only one watch per wrist. A chest strap is more accurate than wrist-based heart monitors because it uses an electric signal to measure your heart rate, whereas smartwatches rely on optical sensors which can trip up if you don’t place them in the optimal area. All five performed well here. I got my heart pumping, and at no point were any of the watches more than 5-10 beats per minute off from the chest strap. The maximum, minimum, and average heart rates for a period of activity all corresponded.

But it’s not just how accurately the device records your data. It’s how it makes use of it. Unfortunately, it wasn’t always easy to see what my current heart rate was on the Apple Watch, Fitbit Ionic, Samsung Watch Active, and Garmin mid-exercise. It was much easier on the Polar, and after a run, I could see directly on my wrist how much time I spent in each heart rate zone.

The Polar Flow app also displays information better, so it’s easier to digest how metrics like cadence and running index relate to my overall progress. Of the other smartwatches, only Garmin provided a similar level of detail, but I found it harder to understand my progress.

Which fitness smartwatch should you buy? 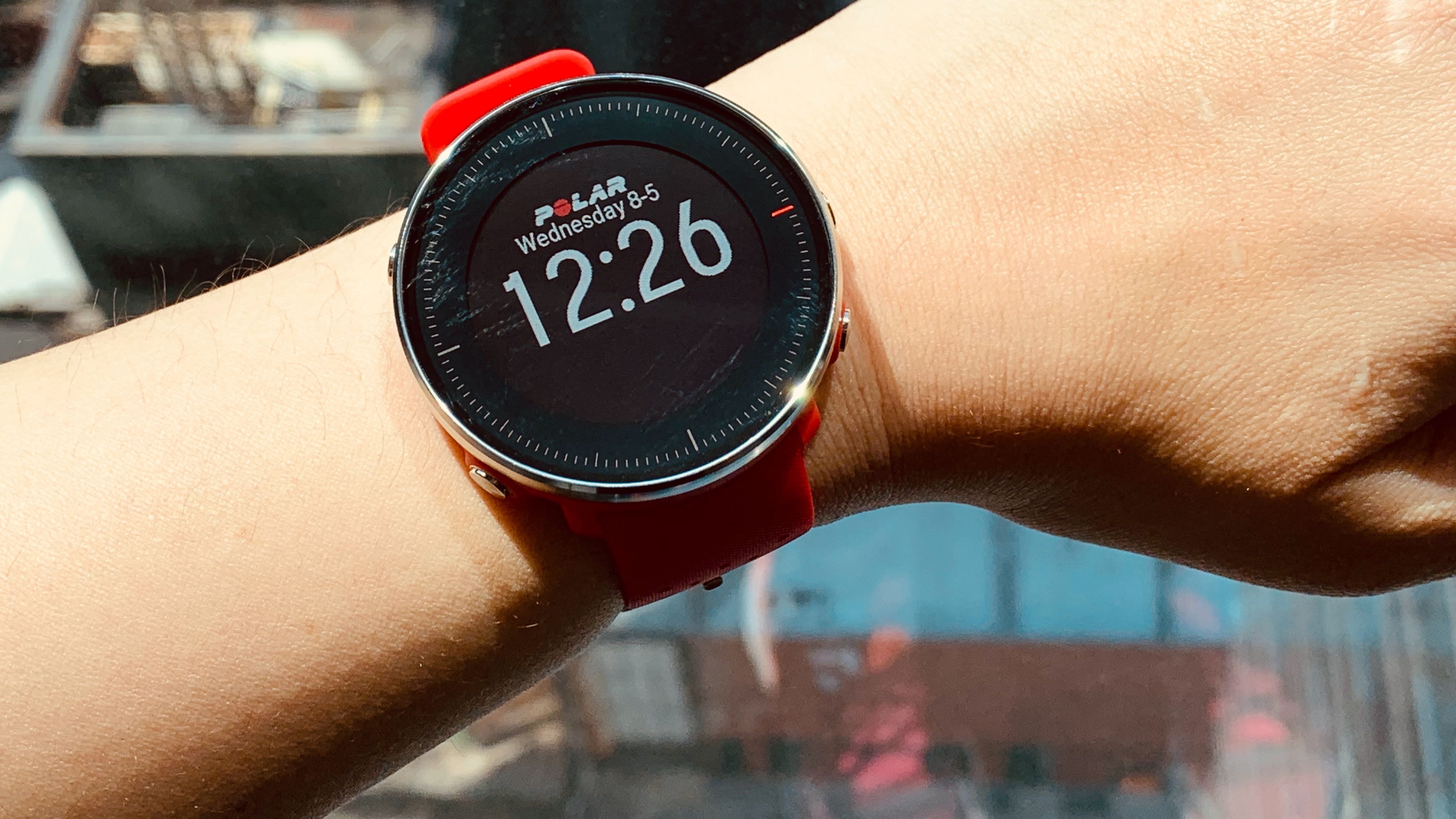 We have a different winner for each battle, which is a testament to how far these watches have come, and how close the field is. You’d be well served by any of the winners of each battle—depending on what your individual needs are.

But this is Battlemodo, and there can be only one winner. That honour goes to the Polar Vantage M. It was the clear winner when it came to tracking progress and heart rate, and it was a close second in GPS testing. What it lacks in fancier features like NFC payments and music storage, it makes up for with an easy-to-read display, long battery life (in testing I got over a week of all-day wear on a single charge), a reasonable price, and insightful metrics for monitoring your long-term progress.

If you need music and payments, the Apple Watch and Fitbit Ionic are solid choices for a similar price. But after a few weeks of testing, I found I didn’t miss those features and was more invested in monitoring my improvement. For outdoor enthusiasts, the Polar Vantage M truly offers the right balance of smarts and affordability.