It’s become abundantly clear that Amazon is interested in incorporating surveillance into many of its products and services—through the internet, in our homes, and from the sky.

Last month at Amazon’s annual shareholder meeting, investors pressured the company to block sales of its facial recognition system to government agencies unless there is first a board assessment and conclusion that the use of such technology doesn’t violate human rights. And earlier this month CNET reported that Amazon was allowing law enforcement to access video recordings from its Ring doorbells installed in households across America.

It seems Amazon is also considering integrating surveillance technology into its future fleet of delivery drones. A patent, filed in June 2015 and approved earlier this month, describes technology that would allow a delivery drone to “perform surveillance action at a property of an authorised party” by making a “geo-fence” of the property and then “imag[ing] the property to generate surveillance images,” after or during which, the image data that is not within that geo-fence would apparently be obscured.

The patent states the cameras could capture infrared, thermal, or night-vision imaging, as well as audio. It suggests that customers could opt to use the service weekly, daily, hourly, or just one time.

Under this application, the images could be stored or sent to a device along with “service alerts.”

The patent uses a dystopian-sounding phrase to describe this technology: “surveillance as a service.” 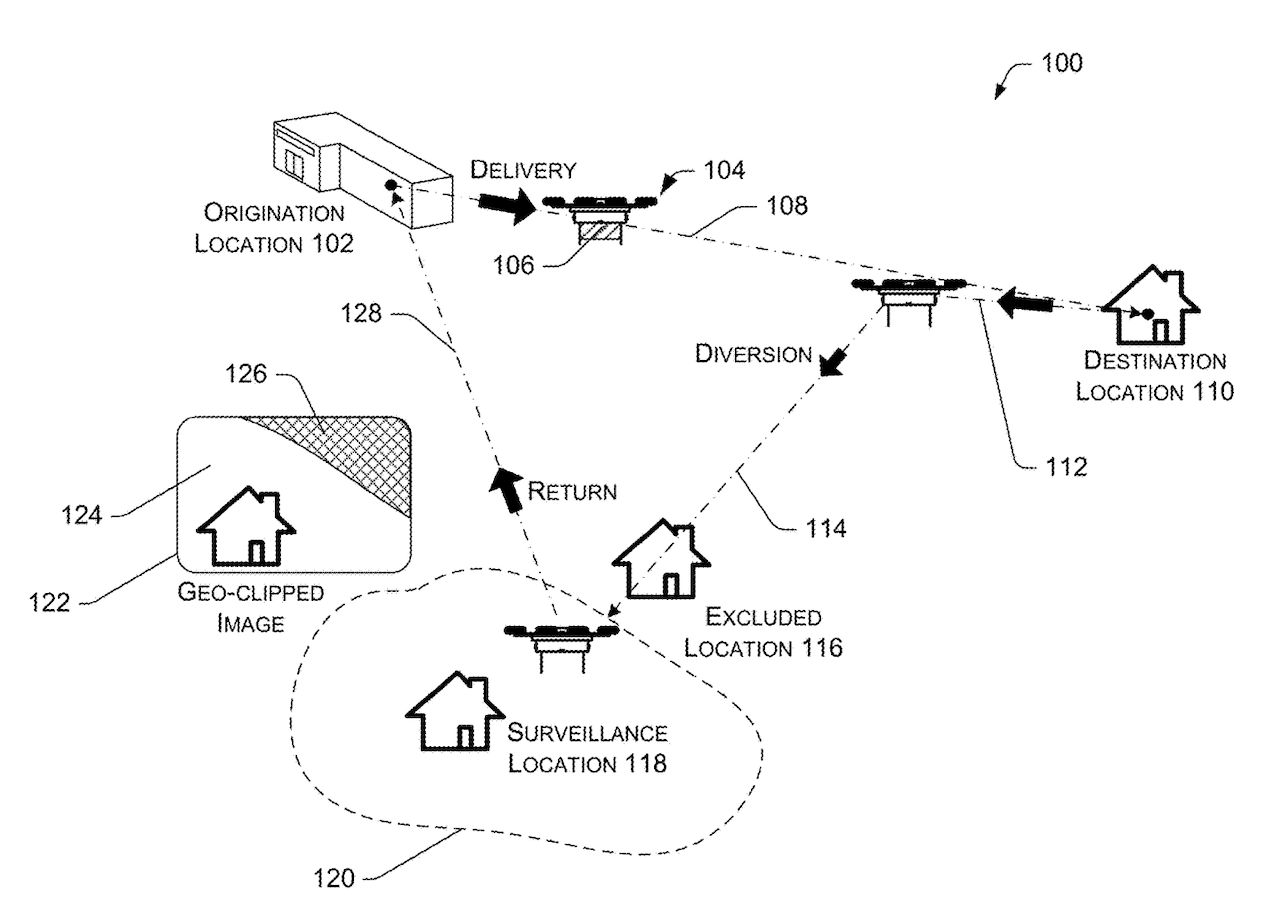 Screenshot: US Patent and Trademark Office

Amazon did not respond to a Gizmodo request for comment on the patent, but when asked about patents in the past, the company has said that “we file a number of forward-looking patent applications that explore new scientific ideas that may not make it into customer-facing products.”

Of course, it has also filed many patents that do make it into customer-facing products, and this drone patent shows that Amazon is at least considering ways to use delivery drones for other purposes besides expedited shipping, namely aerial surveillance. That was less concerning when the idea of drone delivery looked like one of those pipe dreams that would continually be pushed into the future. But a few weeks ago, Amazon showed off a working design for its delivery drones and said they are expected to begin deliveries “within months.”

The Prime Air delivery drones were unveiled at the Amazon Re:Mars conference on 5th June, a day after the “surveillance as a service” patent was granted.