Apple's Got a Fresh Plan to Make HomeKit Actually Useful

When it comes to smart home platforms, Apple HomeKit’s been sort of like the ugly stepchild. Smart home devices were much slower to adopt it than Amazon Alexa or Google Assistant, and even though it works well, it required a bit more research to make sure the devices you were buying specifically supported it.

But at WWDC 2019, Apple proposed a few privacy-focused features that could make HomeKit way more appealing.

First off is HomeKit Secure Video. If you’ve ever had an Amazon Echo Show, a Google Nest Hub, or god forbid, a Facebook Portal—it can be unnerving giving all the big tech giants a live feed into your home. HomeKit Secure Video is meant to process video locally on-device and encrypt it before sending it to iCloud. The way many connected security cameras currently work, that video data is often stored on a camera’s own cloud service. Another added benefit is users will be able to store up to 10 days of footage at no extra charge and it won’t count against your storage limit. Users can have a single camera with a 200GB plan, and up to 5 cameras with a 2TB plan.

Again, if Apple’s gung-ho approach to privacy appeals to you, you’ll still have to put up with doing a little extra research for a HomeKit Secure Video-compatible camera. That said, it seems like there’ll be plenty of options, with Logitech, Eufy, Arlo, and Netatmo named among the first security camera makers to support it. 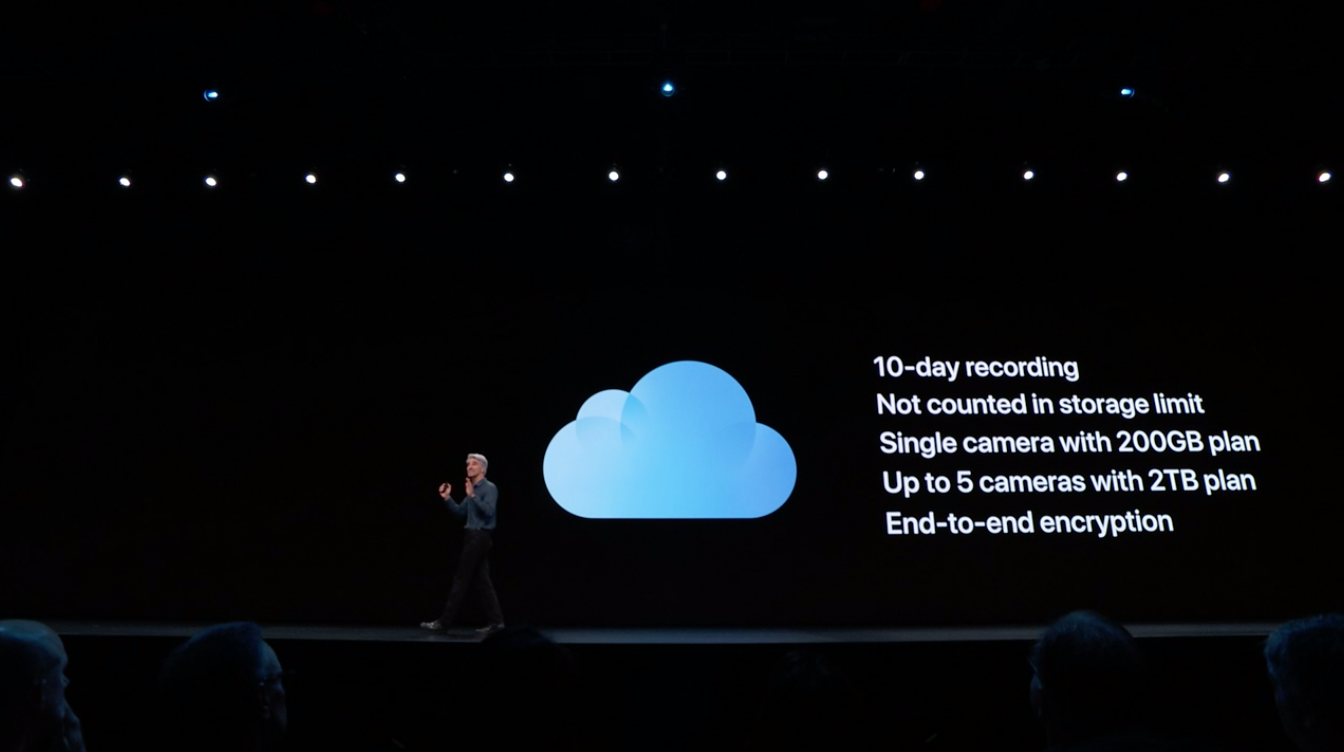 HomeKit is also coming to routers. The draw here is the HomeKit routers will supposedly enable firewalls so you can quarantine off hacked devices from the rest of your network. (Again, provided they all support HomeKit.) The first HomeKit-compatible routers will be available from Linksys, Eero, and internet service providers like Charter Spectrum later this year.

While Apple’s been slowly adding greater HomeKit functionality over the past few years, this is the first time it feels like Apple is addressing a huge concern among smart homeowners. Given that Apple’s been vocal about its commitment to privacy, this seems like a savvy move for a category that’s routinely plagued with news of hacks, leaks, and smaller companies not properly securing the data they collect.