A new experiment in which bees were trained to associate symbols with numbers suggests we can communicate with insects in ways not thought possible.

An Australian-French collaboration is claiming to have taught honeybees to match specific characters with quantities. The new study, published in Proceedings of the Royal Society B, suggests bees are capable of linking symbols to numbers, a cognitive capacity that, as this research suggests, may have emerged relatively early in our planet’s evolutionary history.

“It is often believed that mathematics is a uniquely human capacity, and perhaps a very recent one that depends on the invention of counting words and numerical symbols,” Brian Butterworth, a professor at the University of College London’s Institute of Cognitive Neuroscience, told Gizmodo in an email. “However this study is yet another demonstration that other creatures, without language and perhaps without symbols, also have a numerical ability, though of course, not to the same level or extent,” said Butterworth, who wasn’t involved with the new research.

If this sounds familiar, you’re likely thinking of similar work conducted by this very same, apparently bee-obsessed team. These scientists from RMIT University, the University of Toulouse, and other institutions have performed similar experiments evidently showing that bees can do basic maths and understand the concept of zero, though at least one expert we spoke to wasn’t convinced, saying the bees may have been prompted by other cues, among other complaints. Regardless, these experiments showed that a lot more is going on inside those tiny bee brains than is typically appreciated.

For the new study, the researchers are offering new evidence showing that bees can associate symbols to a numerical count. That’s never been shown before, and in fact, this study, as far as we know, marks the first time that humans have communicated with insects using a symbolic language.

Scientists have already shown that animals like chimps, monkeys, pigeons, and parrots can learn to use symbols to represent numbers. This capacity, however, had not been demonstrated in insects. That said, and as demonstrated by the Nobel Prize-winning scientist Karl von Frisch, bees are capable of communicating with members of their own species through a dance-like language.

“Mathematics is regarded as a universal language amongst humans, and we wanted to know if bees could understand the basic building blocks of this language that we have developed.”

What wasn’t known going into the new study was whether interspecies communication is possible between humans and insects—a fair question to ask, given that bees have fewer than a million neurons in their brains, compared to the 86 billion neurons found in human heads. Indeed, an unanswered scientific question is how big a brain needs to be in order to support communication via language.

“Mathematics is regarded as a universal language amongst humans, and we wanted to know if bees could understand the basic building blocks of this language that we have developed,” RMIT University associate professor Adrian Dyer, a co-author of the new study, wrote in an email to Gizmodo. “Our previous research on bees has mainly explored how they can processes relationships, like the concept of zero, but this new work explores how bees can use symbolic representations for numerosity.” 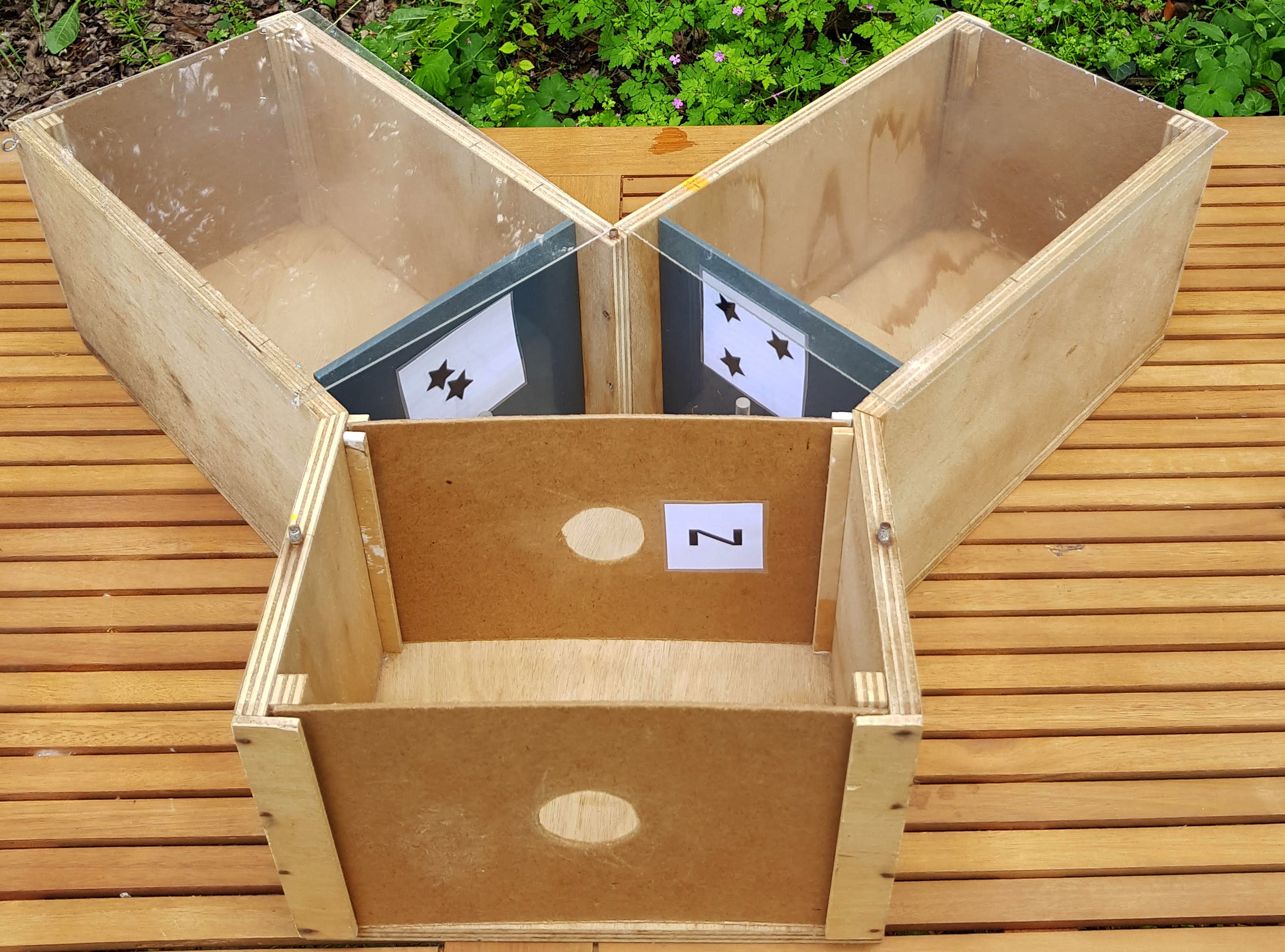 The experimental setup used in the study was actually quite simple.

For example, if a bee saw the symbol for the number three outside of the maze, the bee needed to locate the room designated by a sign containing three objects, such as three stars. After around 50 trials, the bees from both groups were achieving success rates between 80 and 90 per cent. 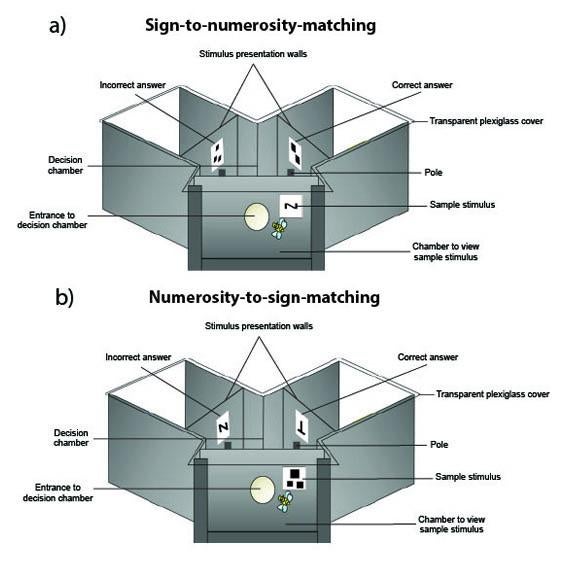 “Bees in both groups demonstrated significant learning over the course of the... trials to match either signs to numerosities or numerosities to signs, demonstrating that bees learnt the two signs had corresponding matching quantities associated with them,” the authors wrote in the new study.

That said, the bees really struggled to transfer their newfound skills when confronted with the opposite of what they had learned. That is, either character-to-number, or number-to-character, but not both. In these scenarios, the bees basically flipped a coin, getting it right about half the time.

“This suggests that number processing and understanding of symbols happens in different regions in bee brains, similar to the way separate processing happens in the human brain,” said Scarlett Howard, the lead author of the paper and a researcher at the University of Toulouse, in a statement. “Our results show honeybees are not at the same level as the animals that have been able to learn symbols as numbers and perform complex tasks.”

That said, Howard said the results “have implications for what we know about learning, reversing tasks, and how the brain creates connections and associations between concepts.”

“This suggests that the building blocks for the amazingly complex language we humans have, could have started a long time ago and our brain acquired more capacity, as we evolved,” he told Gizmodo. “This fits a very Darwinian framework of how complex behaviours may evolve.”

In terms of limitations, Dyer said the bees were only tested two choices of rooms. The bees might have been able to do more, he said, “but it was important to communicate this breakthrough in our understanding to hopefully enable more researchers to start exploring numerosity processing with bees.” To which he added: “The research potentially opens the door for new methods of communication with many animals, and perhaps new was to think about communication with AI.”

For Butterworth, Dyer’s suggestion that humans might be able to communicate with insects using symbolic language is a bit of a stretch.

“This seems to me a very optimistic claim: individual symbols may have references, but language requires combining symbols, a grammar, and this has not been demonstrated,” Butterworth told Gizmodo. “At most it shows that bees can learn or have innately neural representation of at least two abstract quantities—twoness and threeness—and can link these representations to arbitrary symbols.”

Despite our dramatically different brains, he said, humans and bees must share “a very simple mechanism that can be implemented in very few brain cells.” Unfortunately, however, the “authors of this study have not gone the next step and proposed what such a mechanism might look like,” Butterworth told Gizmodo.

No doubt, more work needs to be done in this area—but this line of inquiry is certainly fascinating. Clearly, tiny bee brains pack a powerful punch. The more we learn about insects’ brains, the more we’ll learn about how we acquired our own.