Bose's Latest Headphones Tackle a New Frontier of Noise Cancelling, But Is It Worth the Extra Cash?

The new Bose Noise Cancelling Headphones 700 aren’t so much a successor to the current QC35 II headphones. Instead, they’re an addition to Bose’s line of noise-cancelling headphones. A pricey addition. At £350 the 700s are £50 more than the QC35s. The step up in price doesn’t include huge tweaks to the noise-cancelling or the audio profile of the headphones. Instead, the big improvement and the one Bose hope you’ll pay a premium for, is superior audio fidelity when talking on the phone or using a digital assistant.

Typically when you’re on the phone in a noisy environment, like the middle of a city, the person on the other end hears EVERYTHING. My best friend can hear conversations on the other side of the park and that one knife sharpening van that plays a creaky jingle as it motors down the street when she’s on the phone with me.

Apple does a decent job reducing that noise with the AirPods, but most other wireless headphones, from tiny buds to Bose’s over-ear QC35, are absolute junk at reducing the noise.

To combat that problem Bose added two more microphones to the 700s directed at the mouth of the wearer. These microphones are supposed to pick up your voice clearly while reducing all the ambient noise around you. Bose showed off the feature by having a rep sit in a Starbucks across the street from where we were meeting. The rep first spoke to us via a camera and I could hear the clear strains of David Guetta and Sia’s “Titanium” playing.

We then called his phone, and he answered wearing the QC35s. The song was still quite clear in the background. Same with the voices of some men sitting nearby. He switched the Qc35s off and connected the 700s, and instantly, everything went silent. No talking. No crooning. Nothing.

When he spoke a few strains of the song could still be heard, but deeply muffled so that his voice sounded clearer. It wasn’t exactly podcast-worthy audio, but it was a far cry better than the QC35s.

To further illustrate the apparent improvement, Bose set up two dummy heads wearing the two pairs of headphones and attached to iPads that transcribed everything they said. A cacophony of noise played as the little dummy heads played a voice saying the same thing. The 700s appeared to transcribe mostly what the dummy said, while the QC35s tried to transcribe both the dummy and the surrounding conversation at once, leading to a whole mess of gibberish.

The QC35s were terrible at transcribing the series of commands dictated by the head. (Photo: Alex Cranz/Gizmodo)

For a controlled demo, it certainly seemed impressive—impressive enough to spend an extra £50? I’m not so sure.

Bose is hoping to lure folks to the 700s not just with an improved voice experience, but with a new design. The 700s look sleeker than the QC35s. The headband appears to cover the cans themselves, and slotting them into place doesn’t move the earcups in a way that might painfully catch your hair. The bifurcation of the earcups also makes it easier to find the touch controls. Instead of being in the general area of the centre of the earcup, they’re set firmly to one side of the headband and cover the usual functions like adjusting volume and switching tracks and answering calls. The right earcup also has physical buttons for connecting to Bluetooth and activating a voice assistant (Alexa, Google Assistant, and Siri are all supported). 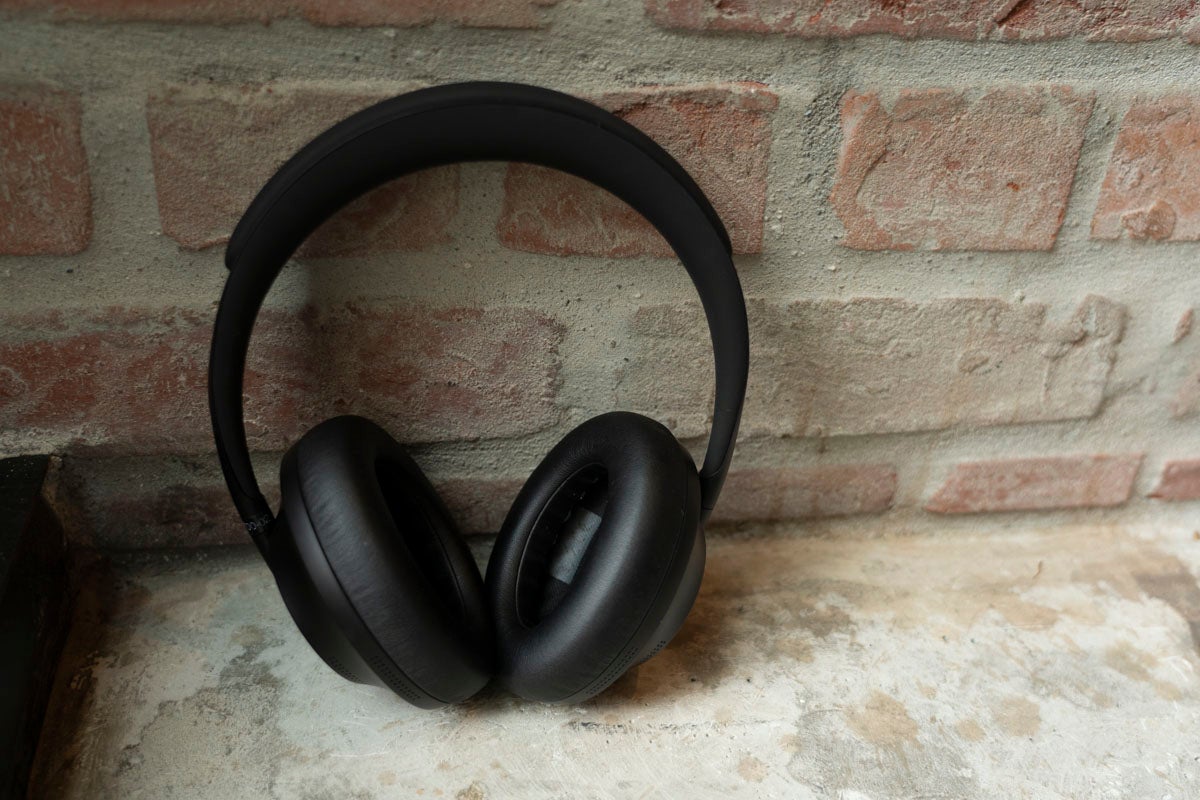 The left earcup has a button for controlling the noise-cancelling level. It’s preset with three levels, ranging from the kind that muffles every single thing around you to the "0" setting, which passes through audio from the outside world. Bose claims it’s worked hard to make the 0 setting sound as natural as possible, and in my quick trial, it worked quite well.

The Earbuds 500 will be available later this year. (Photo: Alex Cranz/Gizmodo)

They’re much smaller than the SoundSport Free. (Photo: Alex Cranz/Gizmodo)

In addition to the extended demo with the 700s, Bose also had a new pair of in-ear headphones on hand: The Bose Earbuds 500. Bose didn’t demo the new earbuds, which will replace the £180 SoundSport Free. Instead, it told me they were to be expected later this year. According to the Bose, the drivers were moved so that they sit further down your ear canal, which required rethinking how the silicone tips worked, as well as hopefully improving passive noise cancelling and enhancing audio.

Bose admitted that the real show stopper would be the versions planned for early next year: the Bose Noise Cancelling Earbuds 700. Those buds will not only be truly wireless but also have active noise-cancelling. One engineer boasted that in his 20-plus years of headphone design, they were the most advanced he’d worked on.