Archaeologists in Bulgaria are claiming to have uncovered stone cannonballs used during Vlad III Dracula’s assault on the historic Zishtova Fortress. The unusually cruel military commander—famously known as Vlad the Impaler—wrested the stronghold from the Ottoman Turks in 1461.

Zishtova Fortress, which dates back to the 13th and 14th century AD, sits atop a hill at the centre of Svishtov, a northern Bulgarian town on the Danube River just south of the Romanian border. The medieval fort was used up until 1810, when Russian troops burnt it down during the Russo-Turkish War (1806-1812). Now in ruins, the walls of Zishtova Fortress remain in remarkably good shape despite the castle’s long and tortured history. 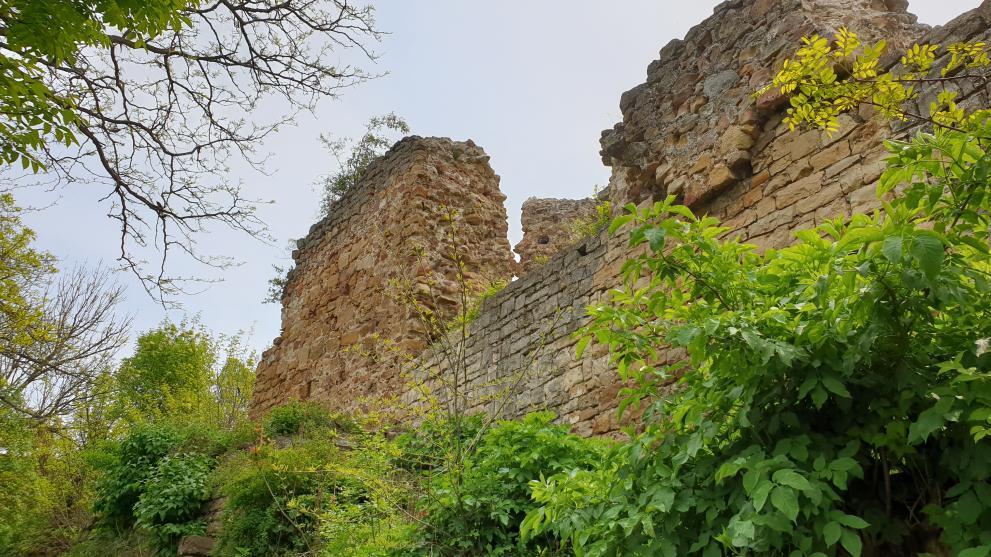 The ruins of the Zishtova Fortress in Svishtov, Bulgaria. For a few months during the winter of 1461-62, Vlad Dracula called this place home. (Image: Svishtov Municipality)

An archaeological team led by Nikolay Ovcharov from the National Institute and Museum of Archaeology in Sofzia are currently conducting excavations at the site and the area around it. In mid-May, the team stumbled upon some cannonballs dating back to the mid-15th century—a time that coincides with a siege of the fortress, according to the website Archaeology in Bulgaria. This siege is notable in that it involved forces led by none other than Vlad III Dracula, aka Vlad the Impaler.

Dracula had three stints as the Voivode—an old Slavic term for the ruling military commander—of Wallachia, a late medieval principality situated between the Danube River and the Carpathian mountains. He was known for his unusual acts of cruelty, especially his excessive use of impalement to torture and kill his victims. Tales of Dracula’s brutality eventually reached Germany and Italy, inspiring a series of bestselling books. Bram Stoker may have taken inspiration from Dracula’s infamy, naming his vampire accordingly. 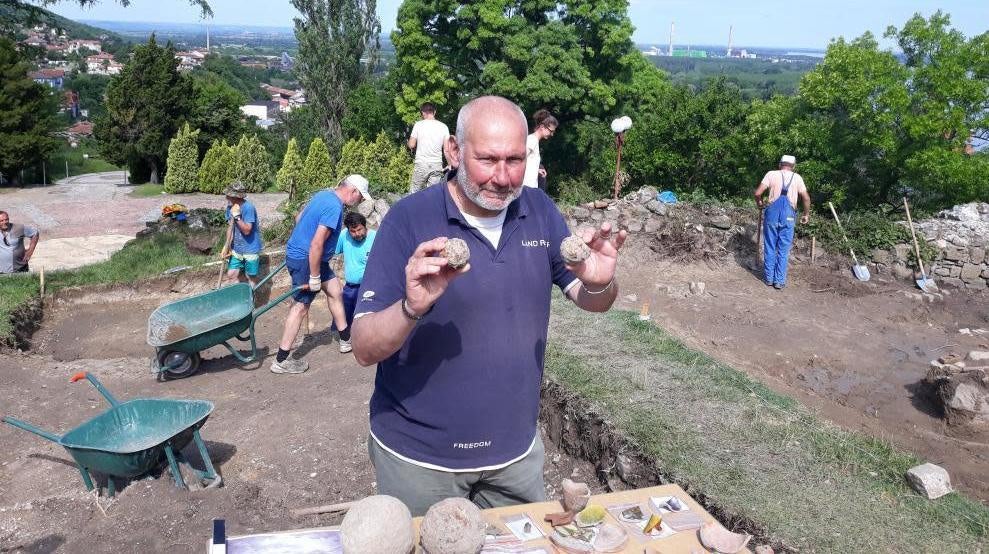 The stone cannonballs were found in a layer dating to the 15th century, leading Ovcharov and his team to suspect the relics were used during Dracula’s conquest of the Zishtova Fortress during the winter of 1461-1462, which had been held by the Ottoman Turks. The cannonballs were likely fired by Dracula’s forces, or the defending Turks, from culverins, a 15th-century precursor to larger cannons and handheld muskets.

“What’s really interesting is that from the [early] Ottoman period we have found cannonballs,” said Ovcharov at a press conference held in late May, reported by Archaeology in Bulgaria. “We rejoice at those small cannonballs because they are from culverins. These were the earliest cannons which were [in use during the] 15th century, up until the 16th century, [but] they weren’t in use after that. These were still very imperfect cannons. That was precisely the time of Vlad Dracula, there is no doubt that they are connected with the siege [and conquest of the Zishtova Fortress] by Vlad Dracula in 1461,” he said.

Dracula spent the better part of his life at war with the Ottoman Turks, which controlled much of the surrounding area. By this time the Ottoman Turks had already subdued much of the Second Bulgarian Empire south of the Danube River and the Byzantine Empire—a conquest that culminated in the Fall of Constantinople (now Istanbul) in 1453, as noted by Archaeology in Bulgaria. A recent post from the History Blog provides some added context:

In 1389 [Zishtova Fortress] was besieged by the Ottoman forces of Sultan Murad I commanded by Grand Vizier Çandarlızade Ali Pasha, only falling when the last of its supplies ran out. Pasha’s campaign forced Bulgarian tsar Ivan Shisman to surrender to the Ottoman Turks and while fighting would continue in some areas for another five years, Bulgaria would remain largely under Ottoman control from that point until the Russo-Turkish War of 1877-78.

But it was during the winter of 1461-1462 that Dracula’s forces managed to capture—and for a brief time hold—Zishtova Fortress.

“[We] have a letter by Vlad Dracula to the King of Hungary, in which he boasted that he had taken [the fort] after a fierce battle, and that about 410 Turks were killed during the siege,” said Ovcharov. “Some of them were probably impaled, in his style.”

Dracula likely lived in the castle for a few months afterwards, as he apparently didn’t immediately return to Wallachia north of the Danube, added Ovcharov. 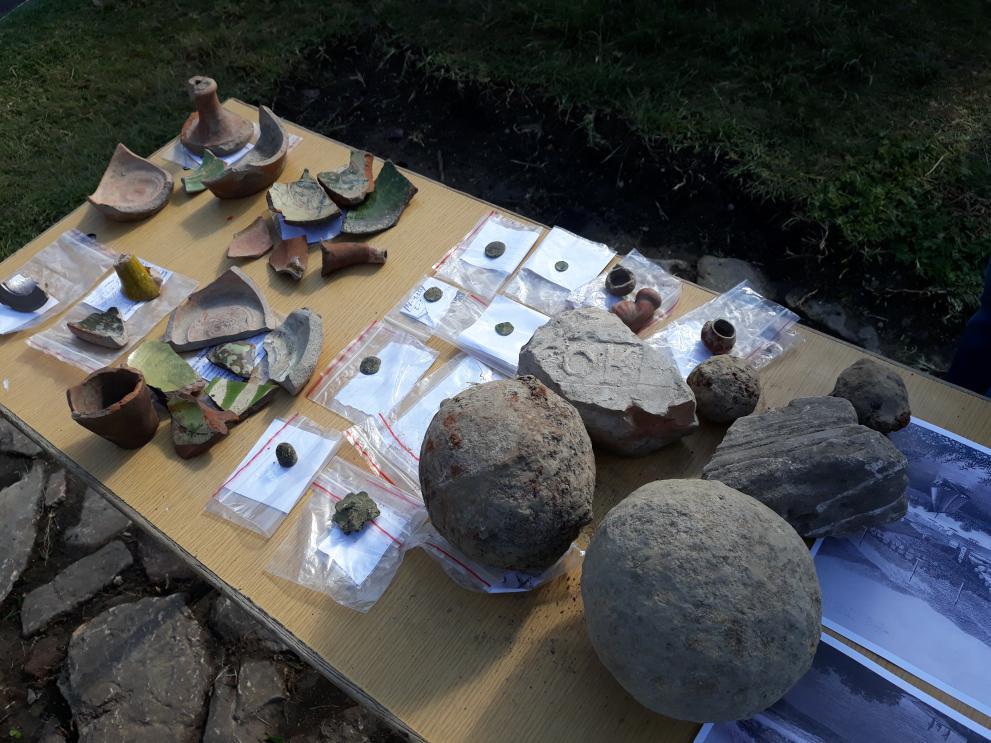 Cannonballs and other artefacts found at the fort. (Image: Svishtov Municipality)

In addition to the cannonballs and other relics, Ovcharov’s team found a partially preserved inscription dating back to the 4th century AD. The inscription contains a reference to a cohort (a Roman military unit consisting of one-tenth a complete legion) of the Roman Empire’s First Italian Legion (Legio I Italica). An area near Svishtov once hosted a “major Ancient Roman military camp and city” called Novae, which lasted from the 1st century AD until the 4th century AD, as noted in Archaeology in Bulgaria.

Excavations at Zishtova Fortress are scheduled to continue until mid-June. The archaeologists then plan on taking another year or two to explore the surrounding area. Following this work the fortress will undergo restorations. Personally, I’d love to visit this historic fortress, simply to be able to say I visited Dracula’s Bulgarian castle—even if he only lived there for a short time.