During the Ice Age, Long-Legged Hyenas Prowled the Arctic

A pair of fossilised teeth confirms the presence of hyenas north of the Arctic circle during the last Ice Age. The discovery fills an important fossil gap that finally explains how hyenas ended up in North America.

A pair of isolated hyena teeth found in the Old Crow Basin of Canada’s Yukon Territory shows that hyenas occupied the Arctic during the last Ice Age, according to new research published in the science journal Open Quaternary. Palaeontologist Zhijie Jack Tseng from the University at Buffalo, in the US state of New York, identified the teeth, which were kept at the Canadian Museum of Nature in Ottawa, as belonging to the Chasmaporthetes genus, also known as the “running hyenas” on account of their generally longer legs compared to other hyenas.

The two isolated teeth were identified from over 50,000 mammal fossils collected over the course of the last 100 years in the Old Crow Basin. The hyena fossils were recovered in the 1970s and tentatively classified as belonging to hyenas. Tseng visited the museum in Ottawa earlier this year to take a closer look and, as an expert in hyenas, he immediately identified them as belonging to the the Chasmaporthetes genus. 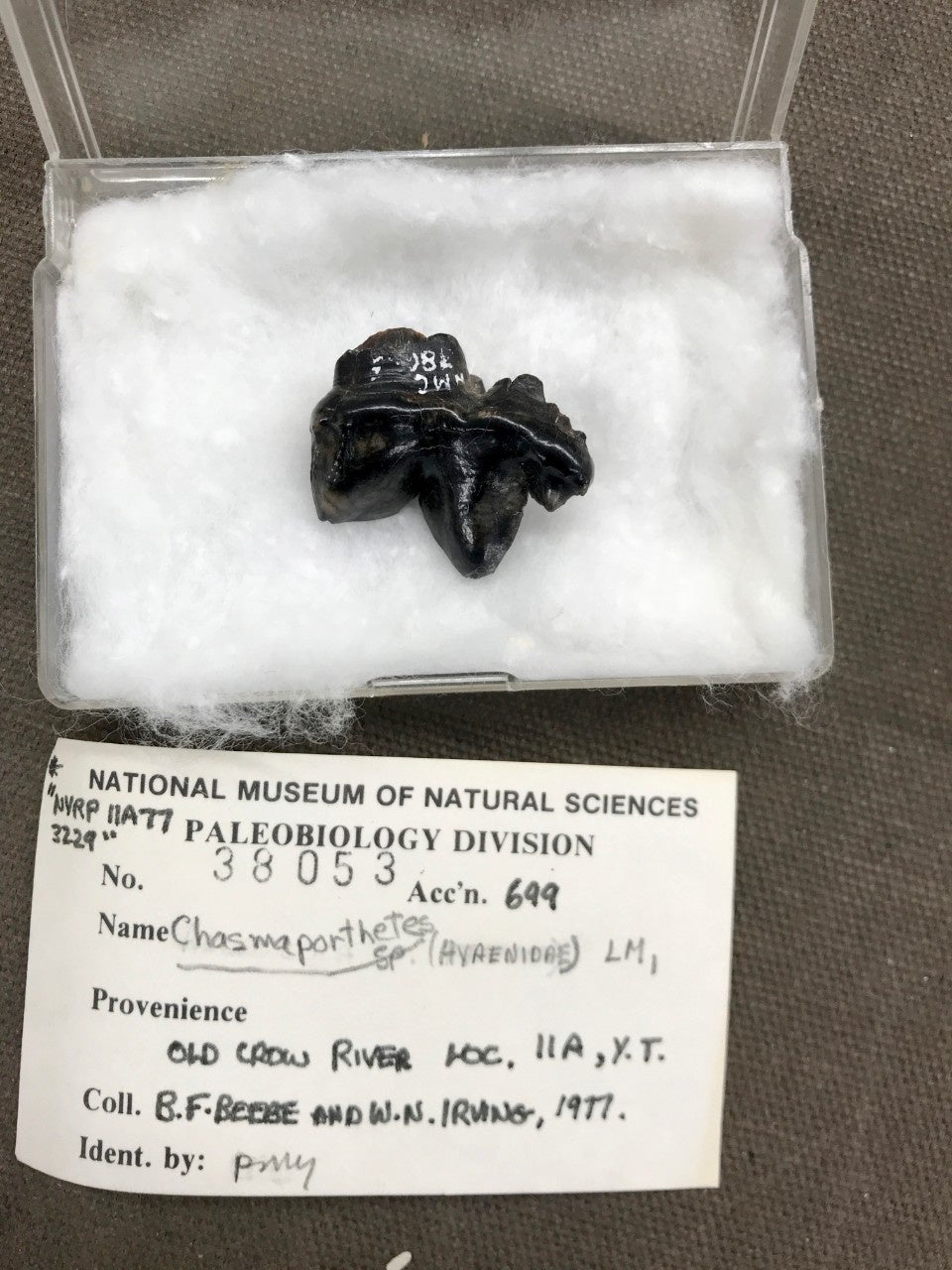 “The size, shape, and arrangement of the cusps on the two teeth are characteristically hyena, in that the teeth are very robust, and with sharp shearing blades,” explained Tseng in an email to Gizmodo. “We also compared tooth measurements against a global sample of hyena fossil measurements.”

The teeth were originally identified as belonging to another genus of hyenas, Adcrocuta. However, “based on the geologic and geographic record of the two different groups of hyenas, we concluded that these specimens are unlikely to be Adcrocuta,” said Tseng.

As to why it took so long to identify the teeth, Tseng said the specimens were “out of sight, out of mind,” tucked away in a museum collection for decades. Only a few hyena fossil experts have examined them, “and once we did, it was quite straightforward to identify and describe the specimens,” he said.

Previously, palaeontologists had uncovered evidence of ancient hyenas in Africa, Eurasia, and southern North America. The lack of fossil evidence in the northern Arctic regions, however, was like a giant jigsaw puzzle with a glaring hole in the middle. The two hyena teeth are the missing piece that completes the puzzle. 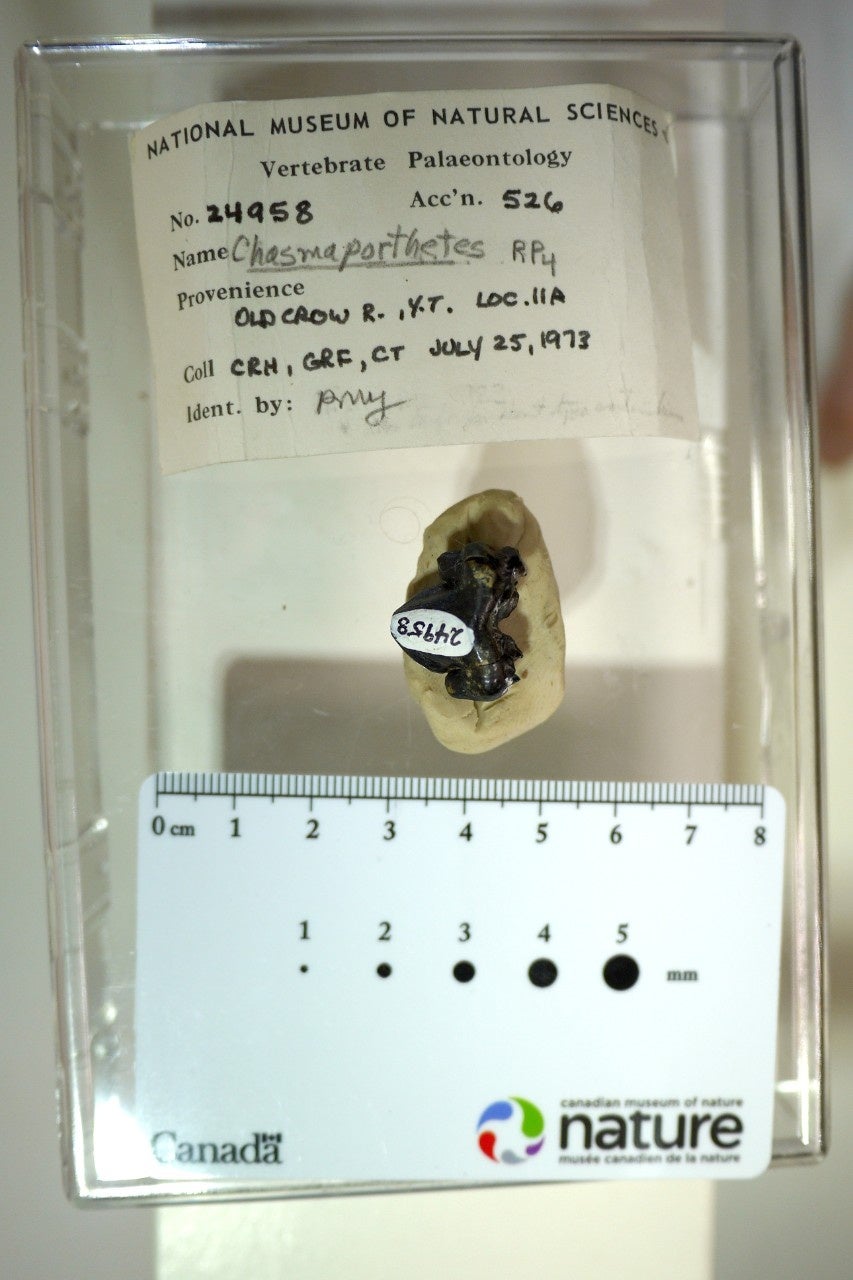 Importantly, the new evidence suggests ancient hyenas crossed over from Eurasia into North America by travelling over the Beringia land mass during the last Ice Age when sea levels were much lower than they are today. We now have “physical evidence of Chasmpaporthetes travelling through, or living in, the Arctic region between their ancestral home in Asia and their newfound territory in North America,” Tseng told Gizmodo.

Humans took a similar route to reach North America some 15,000 years ago, but the hyena migration happened much earlier. The teeth were dated by other researchers to between 1.4 million and 850,000 years ago, with confidence leaning more toward the older figure. It’s important to note that the earliest evidence of hyenas in North America dates back a whopping 5 million years, so the first hyenas must have crossed over from Eurasia well before then.

Incredibly, the new evidence also fills a massive geographical fossil gap—a distance spanning more than 10,000 kilometres between the previously known New and Old World records of this lineage, according to the new study.

“It is amazing to imagine hyenas thriving in the harsh conditions above the Arctic Circle during the Ice Age,” said study co-author and Yukon palaeontologist Grant Zazula in a University at Buffalo release. “Chasmaporthetes probably hunted herds of ice age caribou and horses or scavenged carcasses of mammoths on the vast steppe-tundra that stretched from Siberia to Yukon Territory.” 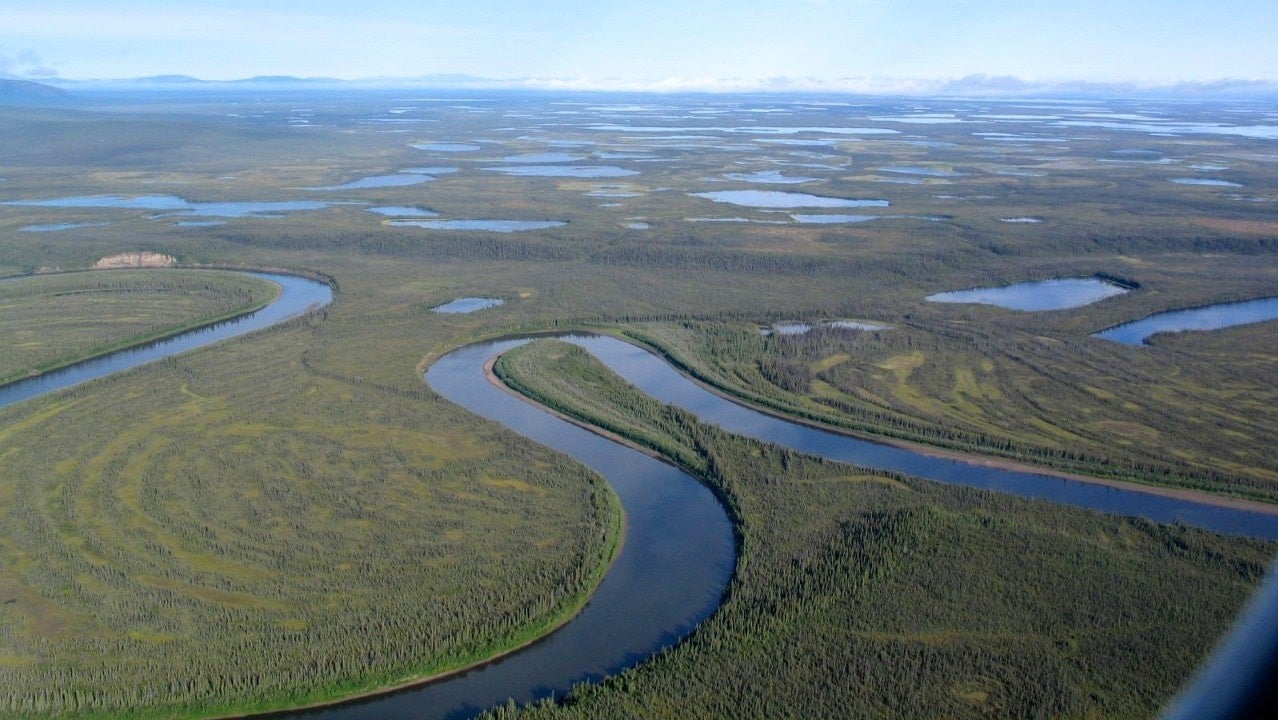 Indeed, these ancient Arctic hyenas, like those still around today, were both predators and scavengers. Scientists used to believe that Chasmaporthetes were less capable of bone-cracking than other hyenas, but Tseng said they could crunch bones as well as they could cut through meat.

“So they are an all-around ‘triple-threat’ of a predator, being able to run with their long legs, hunt and cut meat with their sharp teeth, and scavenge with their powerful premolar teeth,” he said.

There are only four species of hyena around today, but these animals were once diverse, featuring dozens of species that spanned the Northern Hemisphere. By the time humans arrived in North America, the hyenas were long gone, having disappeared at some point between 1 million and 500,000 years ago. Reasons for their extinction aren’t entirely clear, but it could have something to do with competition from Arctodus simus—a short-faced bear whose North American reign lasted until the end of the last Ice Age some 12,000 years ago. 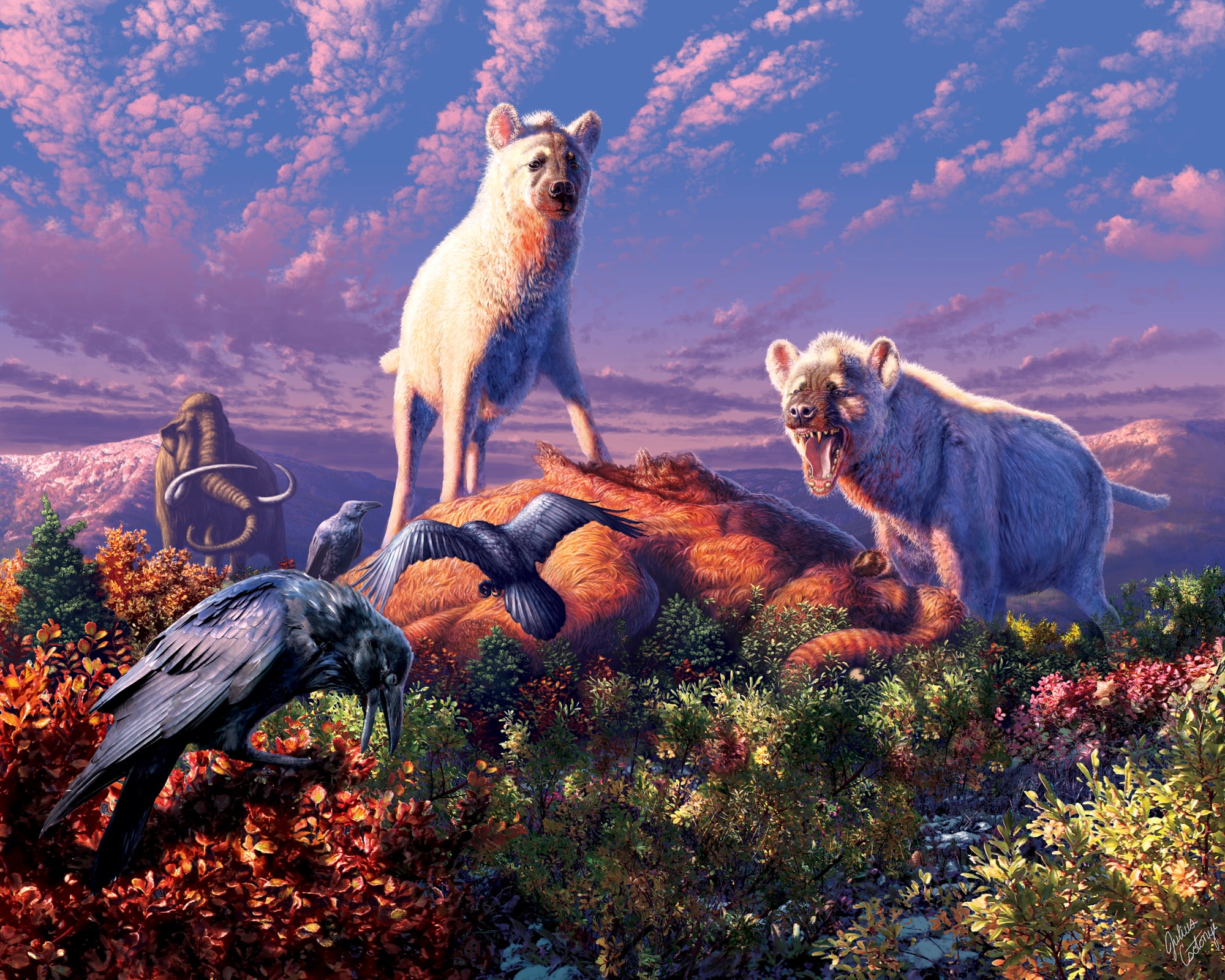 As a final note, Gizmodo asked Tseng about the stunning rendering of the ancient Arctic hyenas (shown above in its uncropped form). He said his team was “very fortunate” to collaborate with Canadian artist Julius Csotonyi on this amazing artwork.

“We wanted to portray the Arctic in early Spring, with local plants and animals. We intended to be provocative with the pale fur of the hyenas, to speculate on potential camouflage these Arctic predators may have had,” said Tseng. “The baby mammoth represented some of the most common herbivores that may have fallen prey to the hyenas. Julius used a ‘photorealistic’ style of illustration that really draws us into frigid tundra of the Ice Age!”