It’s not uncommon for Apple’s annual developer conference to start a little sleepily. That was not the case yesterday, as Tim Cook and friends made significant announcements including the death of a legendary app and the birth of a brand new computer. It actually felt a little bit exhilarating.

Of course, many people expected to see iTunes die and a new Mac Pro to be born at the 2019 World Wide Developer Conference (WWDC) keynote. What seemed a little more surprising were all of the little details and new features announced in between those big moments on stage. We saw intriguing updates to each one of Apple’s platforms, but as usual, we also saw Apple playing catch-up by adding features that some of its competitors have offered for years. So in no particular order, here is everything Apple announced yesterday.

Let’s get this hardware stuff out of the way. Following years of ignoring the product, Apple announced a brand new and very eye-catching Mac Pro. The company says it’s the most powerful Mac ever with 8th-Gen Intel Xeon processors with up to 28 cores, up to 1.5TB of RAM, and a bonkers 1,400 Watt power supply. The all-new modular design features a riff on the “cheese grater” mesh design last seen on the G5 version of the Mac as well as the ability to easily swap out components on eight PCIe slots. UK pricing has yet to be announced, but in the US the base model will sell for $6,000 (£4,735), and we don’t even want to know how much the maxed out model will cost. 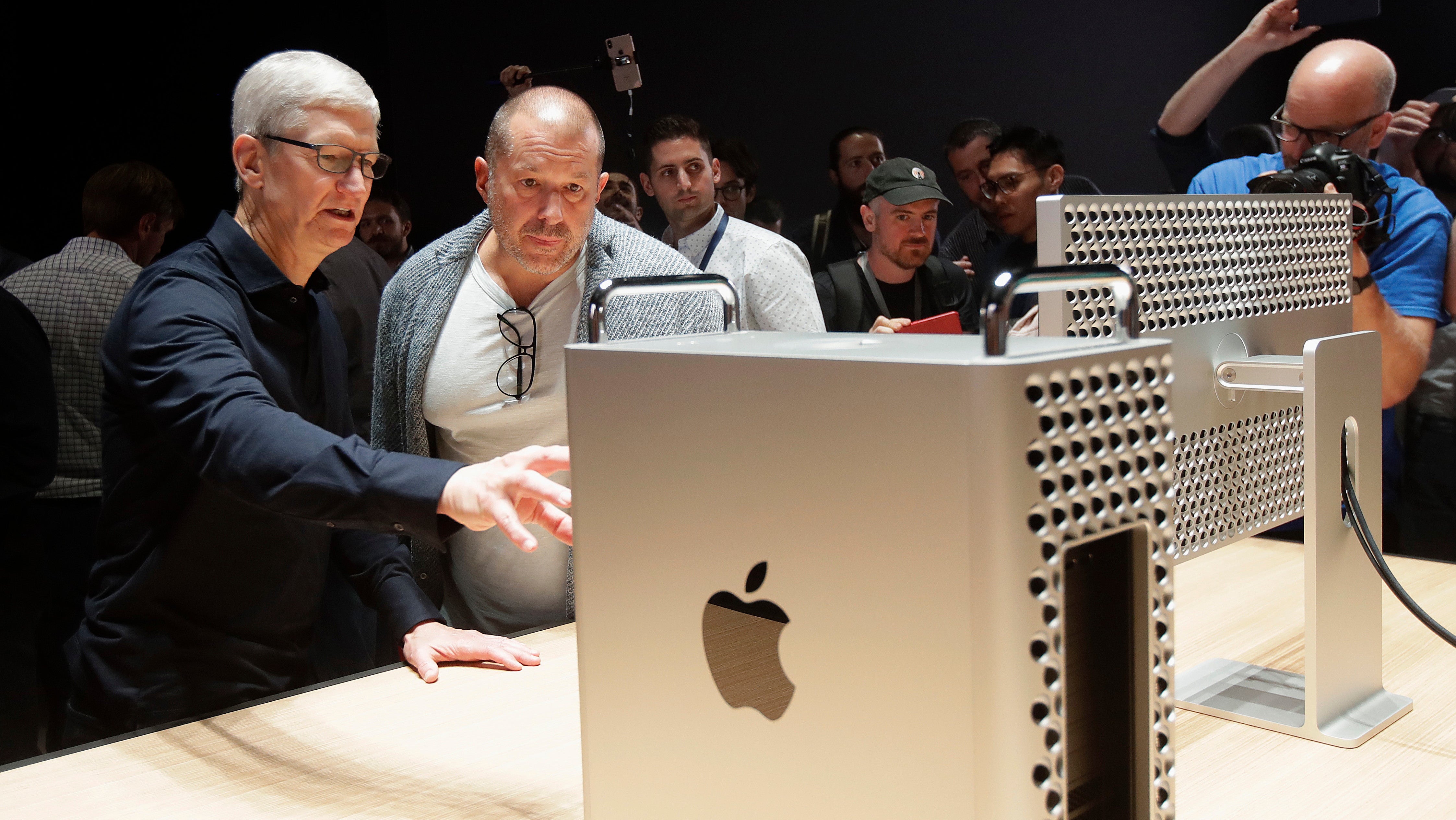 What good would a hyper-powerful new desktop computer be without a badass new display? Probably fine, but Apple went ahead and built one called the Pro Display XDR. The company says this 32-inch Retina 6K display can rival a $40,000 reference monitor and handle 1,000 nits of brightness until the end of time thanks to its cheese grater-like heat sink on the back that matches the Mac Pro. The Pro Display XDR also comes with the option to add a fancy stand and hinge that lets you swivel the screen into portrait mode. It’s all very expensive, too. As with the Mac Pro, we're still waiting on UK pricing, but in the US the display itself costs $5,000 (£3,946), and the stand costs $1,000 (£789).

Now, let’s talk briefly about the death of iTunes. Apple’s Craig Federighi did an admirable job downplaying the fact that the company was finally killing its popular music/podcast/movie/TV show/iOS device management app with the release of three new standalone apps: Music, Podcasts, and TV. Those three apps handle those three types of media, while iOS device management now gets a special little section in the Finder app. That’s it, don’t cry for iTunes!

It turns out Apple’s new operating system for Mac computers is about more than a future without iTunes. The successor to macOS Mojave is called macOS Catalina, and it’s breezy. A new feature called Sidecar lets you use an iPad as a secondary display or drawing tablet. Find My combines the functionality of the various Find My [insert device or Friends here] functions into a new app that also adds the ability to find a device that’s been powered down by using a secure Bluetooth beacon. The Screen Time app is coming to your Mac too, and you can also expect a lot more new Mac apps with the release of Project Catalyst, a new universal framework that makes it easier for iOS and tvOS developers to build apps for macOS.

Here’s where Apple is playing a lot of catch up. Like the latest version of Android, the new version of iOS features a dark mode that, well, makes everything darker. Apps like Safari, Mail, and Notes are also getting some UI upgrades and new features. Maps, in particular, looks better thanks to more detailed images and a new Look Around feature that appears to be Apple’s version of Street View. On the data protection front, iOS 13 will give users more control over how third parties use stuff like location data as well as new ways to see which apps are accessing your data and how. The public beta for iOS 13 will launch in July, and the full release goes live this autumn.

The alphabet soup of Apple operating systems gets really confusing with the launch of iPadOS. This new iPad-specific operating system is built on iOS but gives developers more options for how iPad apps work. It basically helps iPads work more like a laptop and less like a large iPhone. Visually, this means more multitasking options and the ability to run multiple windows within a single app, including new Split View options. Functionally, a much more robust Files app brings more macOS-like features like column view and metadata access. You’ll also finally be able to plug a thumb drive, external hard drive, or camera into an iPad. On top of these iPadOS-specific features, all iPads will get to enjoy the iOS 13 updates as well.

Apple didn’t forget about its tiny screens this year. The company made the Watch even more of a standalone device with the launch of the Watch App Store. Now you can browse and download apps directly to your Watch without needing to be tethered to a phone. You can also stream audio directly to the Watch which maybe (just maybe) means you could soon listen to Spotify while you’re running with no phone. The Health app now tracks activity trends over time. Apple also announced Noise app for monitoring hearing health and a Cycles app for period tracking. Oh, and there are some new bands and watch faces.

Rounding out the Apple platforms are a couple of small updates to tvOS and a potentially big one. Leading up to the launch of the TV+ service later this year, Apple is giving the TV app a new look that makes it quicker to jump right into watching when you open the app. It’s also adding support for multiple users, which means that various members of a household can get personalised recommendations. And leading up to the launch of Apple Arcade this summer, Apple is adding support for Xbox One and PS4 Dual Shock controllers for games.

As Apple continues to struggle its way into the smart home space, HomeKit is getting an upgrade. Privacy and security are central to the plan, which has HomeKit working with more device partners. In the coming months, Apple will roll out a new HomeKit Secure Video service that will offer users encrypted video streams and storage. That means you can buy a HomeKit Secure Video camera from a hardware partner like Logitech or Arlo, and then all of your security cam video data goes straight to an iCloud account—instead of, say, a Google server—that only you can access. A similar HomeKit program will be available for wifi routers made by companies like Eero and Linksys. 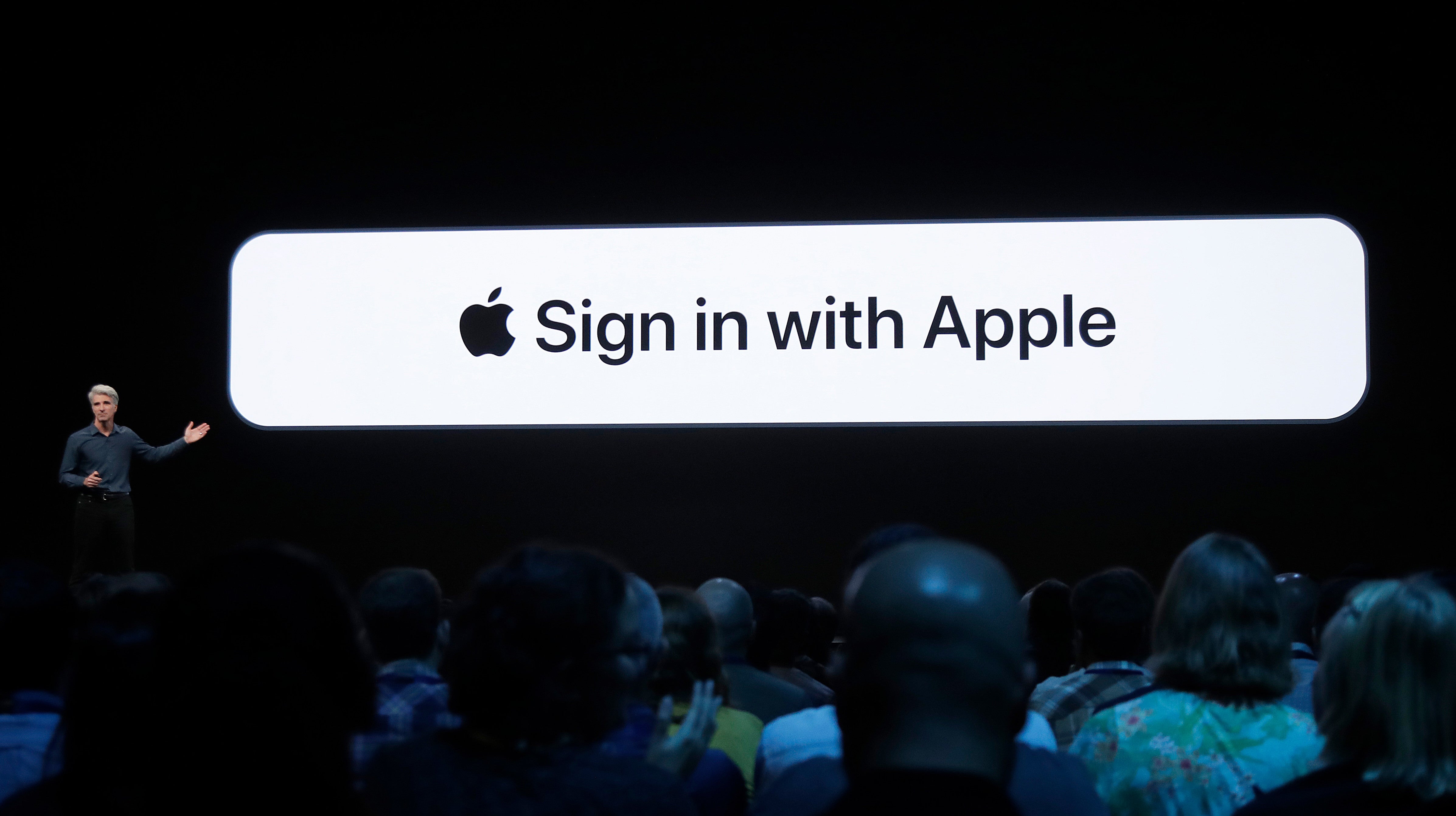 It might have been a small blip in the keynote, but a new program called Sign In With Apple could change the way a lot of people log in to various apps and services. Much like similar services offered by Facebook and Google, Sign In With Apple allows you to sign in using your Apple ID quickly. More specifically, when you choose this option, your device will use Face ID to authenticate and then let you decide how much of your data to share with the site. If a site wants your email address, you can even get Apple to create an anonymous email address that will forward emails to your main inbox so that you don’t have to give away your email address.

No, Apple did not announce new AirPods. In a sort of intriguing move, however, the company announced some new features that will be coming to existing AirPods thanks to iOS 13. Siri’s can now read you your text messages when you receive them and let you immediately respond. There’s also a new way to bump iPhones and share a song with a friend. 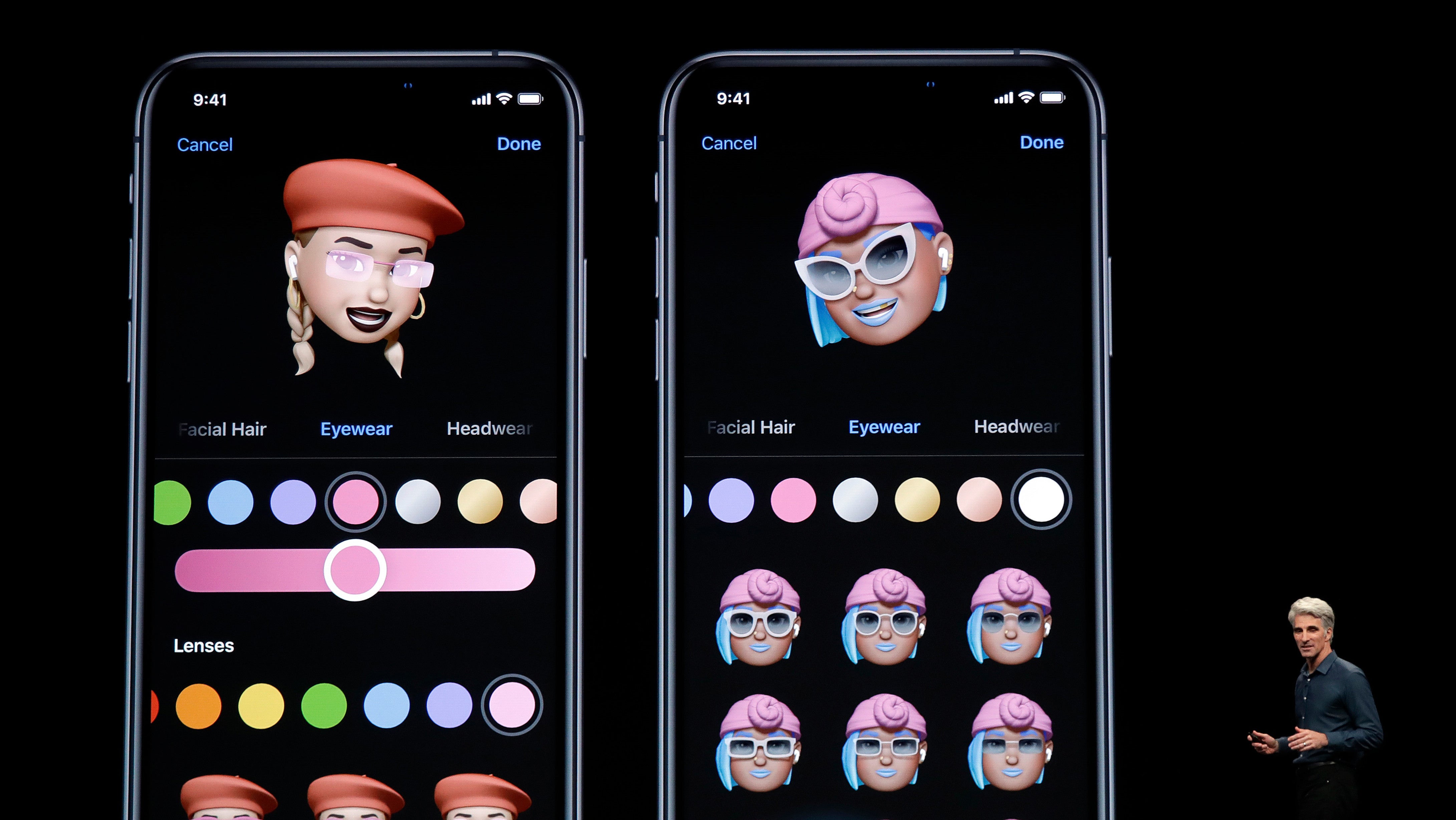 You knew this was coming. Apple continues its quest to turn us all into cartoons with a bunch of new ways to personalise your Memoji. Now you can add makeup, jewellery, more hairstyles, and even hats to your Memoji. You can also use so-called Stickers to turn your Memoji into traditional emoji. Picture the exploding head emoji, but instead of a generic yellow smiley face, it’s your face with an exploding head. Wild, right?