RCS, or Rich Communication Services was supposed to be the messaging protocol that banished SMS to the dark ages and upgraded today’s texting experience with modern features like read receipts, better multimedia sharing, way bigger character limits, and more.

Back when the SMS protocol was implemented on early mobile phones, its creators didn’t really envision the kind of modern networks and fast data speeds we have today. They were working limited bandwidth and had to take into account components like T9 keypads while also ensuring compatibility with devices like pagers, which is also why sending images and videos over SMS is typically a huge pain in the ass.

However, with RCS, texting, or chatting as Google would have you call it, offers character limits of up to 8,000 (instead of 160), cross-platform messaging (for when you want to send texts via your PC or another device), and support for audio messages, sending texts and images/videos over wi-fi instead of cellular networks, and enhanced group chat functionality. Basically, RCS allows texts to behave more like modern messaging apps such as WhatsApp, Facebook Messenger, and Google Hangouts.

But the problem for RCS is that after buying Jibe Mobile and championing the RCS Universal Profile so that it would be adopted by the GSMA, Google made the mistake of leaving the implementation of RCS to carriers and handset makers. This turned the rollout of RCS into a splintered mess, because depending on your device, what carrier it’s on, and if you bought it unlocked or not, it’s often incredibly difficult to know if your phone or favorite texting app supports RCS.

This is an issue Google is very aware of, and in a recent appearance on the Vergecast, Google senior vice president Hiroshi Lockheimer even admitted that he has been frustrated by the speed at which carriers have been rolling out RCS and that “it needs to get better.”

That brings us to now, where in an interview with the Verge, product manager for Android Messages Sanaz Ahari announced that Google is going to step in directly and offer RCS as an opt-in feature in the Messages app, starting in the U.K. and France later this month.

This means that instead of waiting for carriers to implement RCS, Google is going to enable RCS for users who opt-in, and will even use Google servers to help relay RCS messages from one device to another. And after Google enables RCS in the U.K. and France, it hopes to bring RCS to more countries later this year. 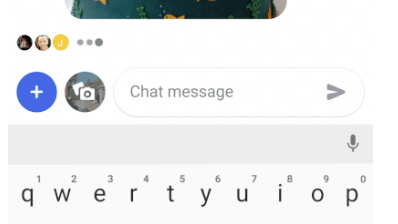 This is what you’re looking for to see if RCS is working.

As far as data privacy goes, Google says that it will delete any messages that pass through its servers. However, because RCS currently does not support end-to-end encryption, that still means your texts aren’t completely safe from any bad actors that manage to intercept your messages. That said, there are no technical limitations that prevent RCS from getting end-to-end encryption in the future, though Google will have to push the GSMA to agree to add that spec to the RCS universal profile.

In the meantime, if you’re wondering if the Messages app on your Android phone is using RCS, all you have to do is look in the text box and see if it says “text” or “chat.” If it says “chat” then congrats, you’re using RCS. Although, just because texts between you and someone else supports RCS, that doesn’t hold true for all of your messages, as RCS requires devices on both ends of the conversation to support the RCS Universal Profile.