In July of 2015, Ikea finally acknowledged the increased tip over risk of several of its Malm dressers when drawers were left open; first responding with free anchoring kits, and then following up with a full recall in the US. Several children in America were unfortunately killed by the design flaw, which ultimately led to a $50 million (£39 million) lawsuit, several Malm pieces being discontinued, and the introduction of the company’s new Glesvär dresser line yesterday, with features specifically designed to reduce tipping risks.

Furniture tip-overs aren’t necessarily an issue that’s exclusive to Ikea, it can happen with almost any piece of tall furniture that isn’t properly anchored or secured. It was also common when large CRT TVs were perched atop pieces of furniture, making them top heavy and easier to tip. What made it so common with Ikea’s Malm dressers was the popularity of the pieces given their affordable price tags, and the use of cheaper and lighter particle boards resulting in their centre of gravity easily shifting when filled drawers were left open. Heavier solid wood dressers are less susceptible to this happening given their centre of gravity doesn’t shift as easily, but it can still happen.

As part of its efforts to ensure tip overs don’t happen as frequently—or hopefully ever—Ikea’s new Glesvär dressers features some innovative safety features. First, a new interlock mechanism allows only one drawer to be opened at a time until the dresser has been secured to a wall, at which point multiple drawers can be opened simultaneously. This is similar to how several of Ikea’s filing cabinets work by default. Those cabinets are often filled with heavy stacks of paper and can easily tip over by themselves with multiple drawers open. 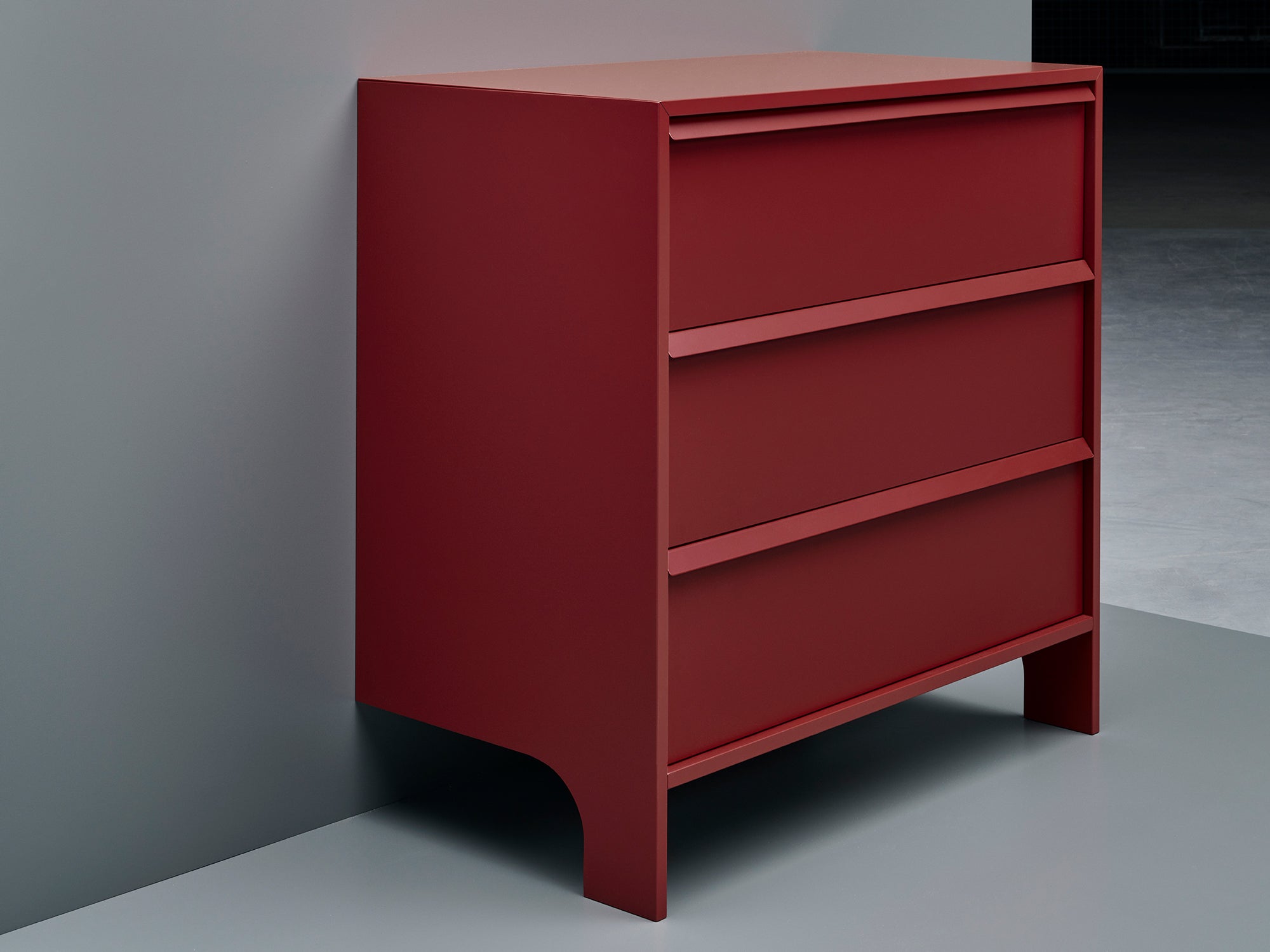 But since the best way to guarantee that a dresser won’t tip over is to tether it to a wall, Ikea will also sell a version of the Glesvär that can’t be opened at all until a forced wall attachment feature has been properly installed and secured. Finally, a third piece in the line features more than just added safety features. It’s been designed with just two legs and is completely dependent on a supportive wall to stand on its own. The unique approach not only helps keep its centre of gravity shifted towards the back, but it also forces the piece to be secured to a wall before it can be used.

Ikea’s Glesvär line will first be available in the UK and Germany starting in October this year. A US rollout is planned for December 2019, and it will then be introduced in other markets starting in 2020.