Astronauts aboard the International Space Station caught the spectacular eruption of the Raikoke volcano off of Russia’s Kamchatka Peninsula over the weekend. 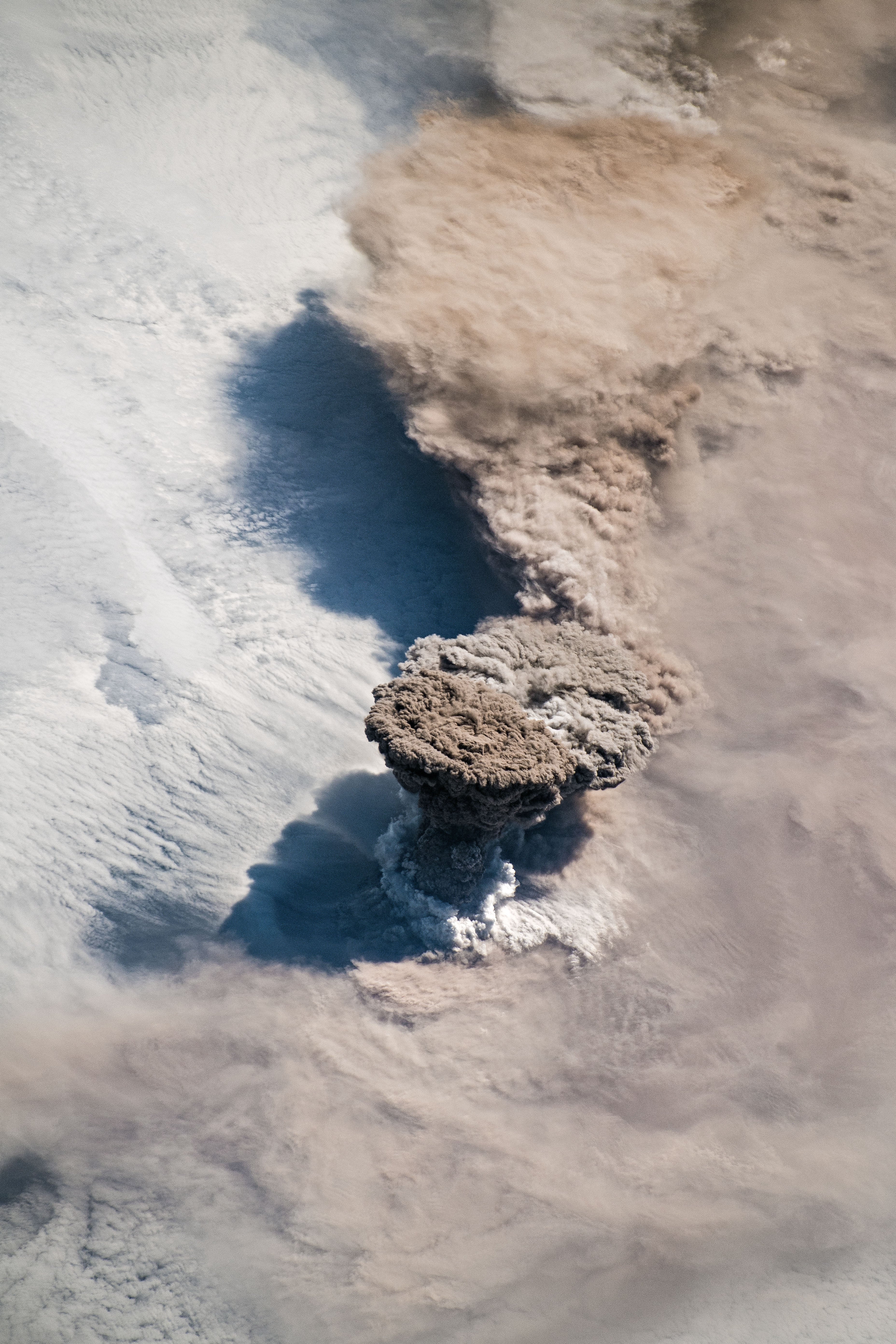 The image shows the classic shape of a volcanic plume rising, and then ash spreading at the top. It’s surrounded by a ring of white clouds, likely either water vapour condensing out of the air or steam from magma entering the water, Simon Carn, a volcanologist at Michigan Tech, said in a NASA Earth Observatory post. Aircraft and satellite data show that the ash could have reached altitudes of 8 to 10 miles. 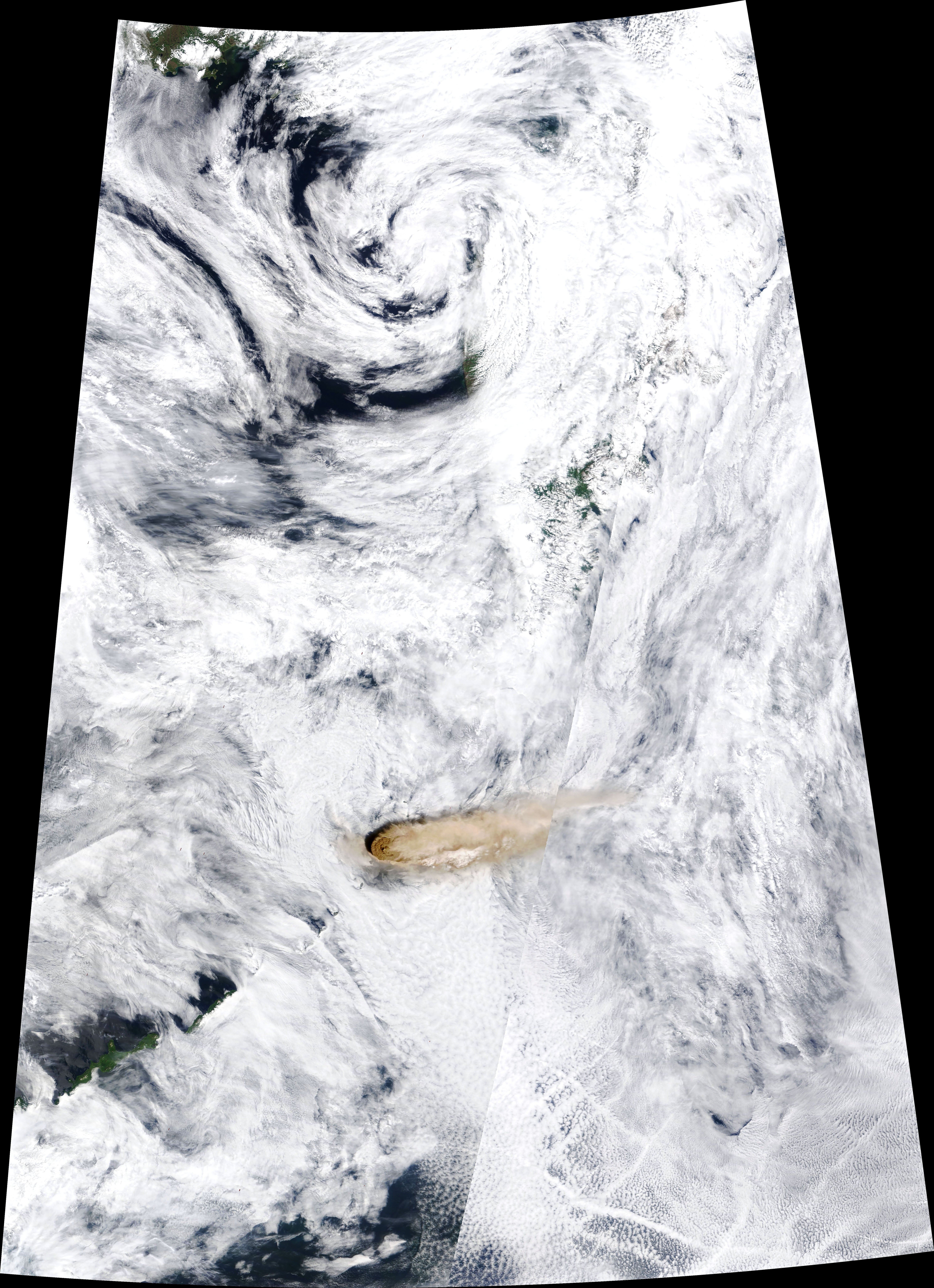 Volcanic plumes that are tall enough to reach the stratosphere are of special interest to volcanologists, since they impact climate and aviation the most, according to the NASA release.

Raikoke is an uninhabited volcanic island with a 1,808-foot peak and is part of the Kuril Islands, an archipelago that spans from Japan to Russia’s Kamchatka Peninsula. It sits on the Pacific Ring of Fire, where the Pacific tectonic plate meets other tectonic plates and where most of the worlds’ earthquakes and volcanic eruptions take place. 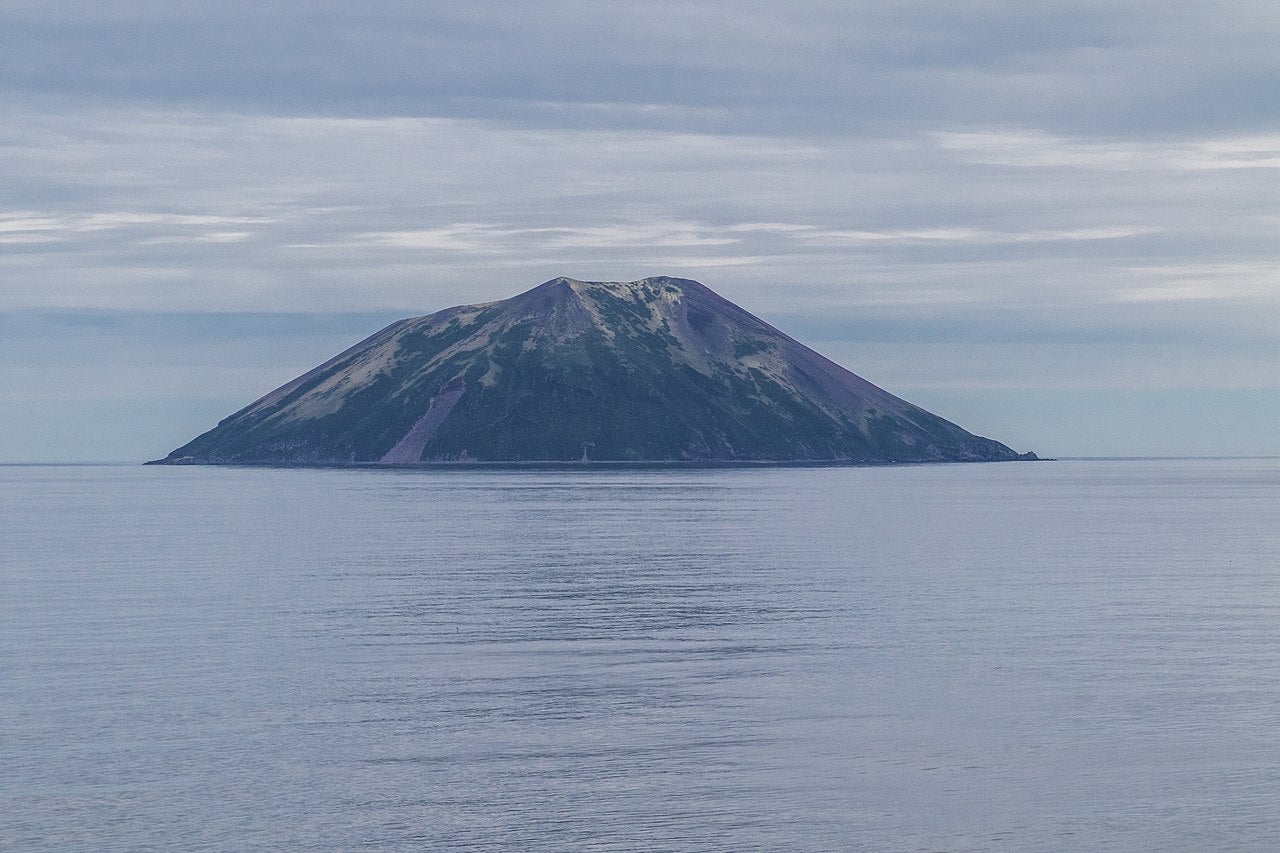 Raikoke prior to the most recent eruption. (Photo: Bigwumpus/Wikimedia Commons)

Raikoke previously erupted in 1924 and in 1778. The Kuril Islands have other active volcanoes, as well. In 2009, the ISS flew over the Sarychev volcano in the islands and snapped a photo. That image generated lots of scientific debate about the eruption’s specific features, according to another NASA Earth Observatory post.

The volcano’s ash plume is currently drifting north over the Bering Sea as of yesterday, according to the European Space Agency.