iPadOS: A First Look at Apple's Vision for the Future of Its Tablets

Apple has been trying to market the iPad as a budget solution for people who want an Apple laptop, but the iPad has never really held up to that promise. Sure it’s a great device that’s fast enough for general tasks like web browsing, light enough to take anywhere, and long-lasting enough to support you through a few hours of movies sans plug. Yet inevitably we reach for a “real” computer when the work is demanding enough. Apple clearly wants that to change, if today’s news is anything to go by.

The most surprising news broke just before the actual event started— Bloomberg’s Mark Gurman confirmed that iOS for the iPad is now called iPadOS after developer Steve Troughton-Smith noted the name change in Apple’s developer portal.

The move isn’t too surprising given the iPad’s slow push into becoming a laptop. It needs an operating system to support that move and iOS, a touch-based OS intended originally for small phones, simply isn’t going to keep cutting it.

And as my colleague, Sam Rutherford, noted via the Gizmodo US liveblog, this is also a way for Apple to test out more demanding applications and workflows on an ARM-processor like the one found in each iPad, before making the long-rumoured move to ARM CPUs on Mac products.

But splitting iPad’s operating system off from the core iOS wasn’t the only big move for the newly branded iPadOS.

iPadOS tightens up the app grid and also allows you to pin widgets on the home screen, as you would on an Android device. Slide Over, the multitasking function that lets you keep multiple apps on screen in a widget like situation, now lets you switch between the apps just as you would in the normal app switch mode. 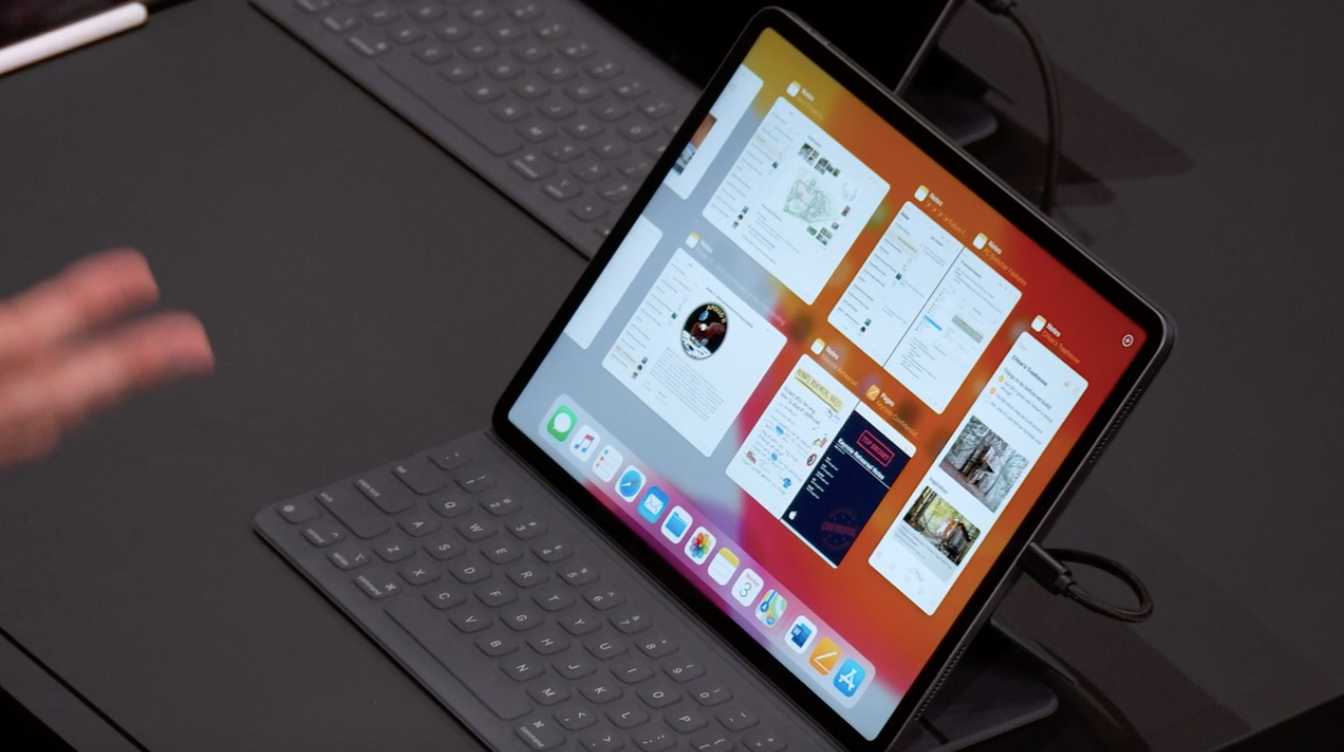 Split View also gets an update so you can split the view with the same app. So you can have two instances of, say, the Notes app, on the same screen. And if you need lots of apps to be viewed at once the app Expose view from macOS is coming to iPadOS to show you every open app window at a glance.

The File app is also getting an update so it has more macOS features, including folder sharing, column view, metadata, and server access. But the best File app update is the ability to plug in a thumb drive and access files like you would on a Mac or Windows device. Want to import images? You can bypass the Photos app and import directly into Lightroom. 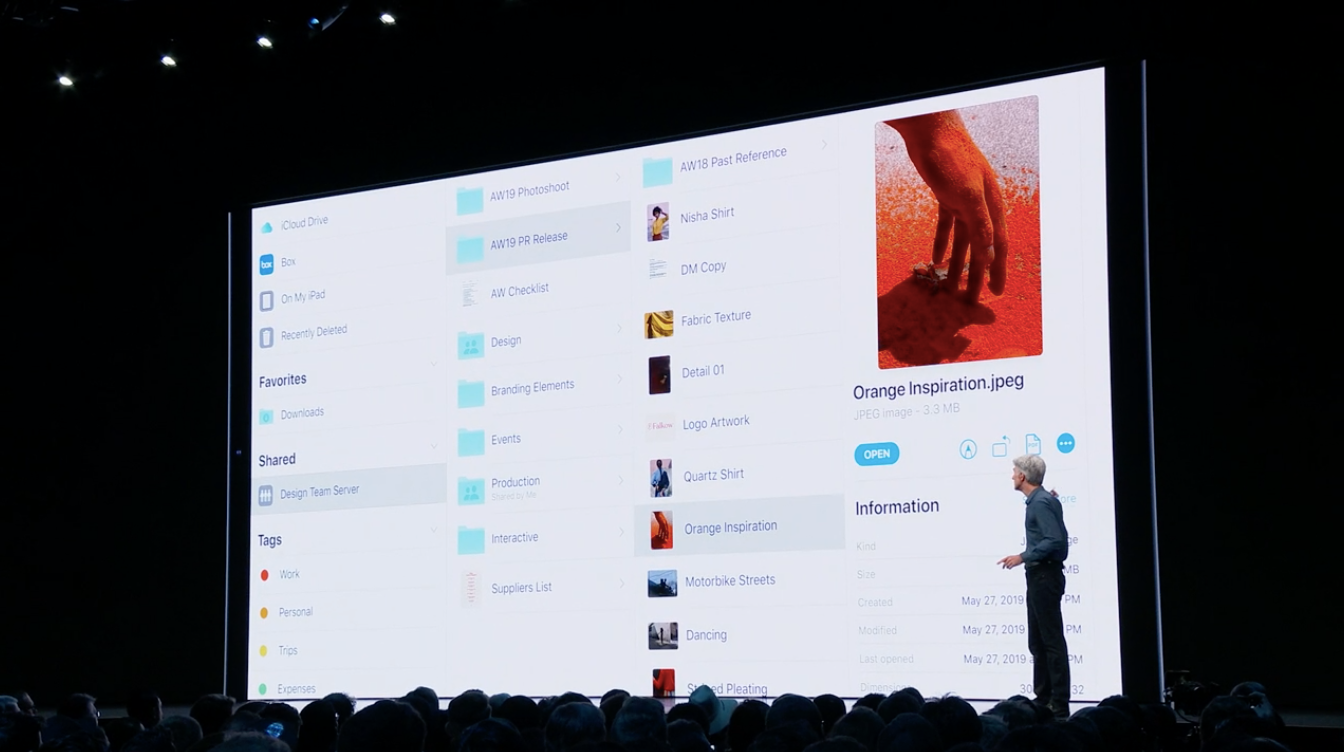 Because the iPad is supposed to function more like a desktop replacement, it is finally getting desktop browsing. No more being served the mobile version of websites. You’ll automatically load the desktop version instead. And when downloading content from Safari you’ll get an actual download manager instead of just downloading into the ethers of iOS and praying you find whatever you downloaded. That’s handy in case you want to take advantage of another new feature, custom font support. 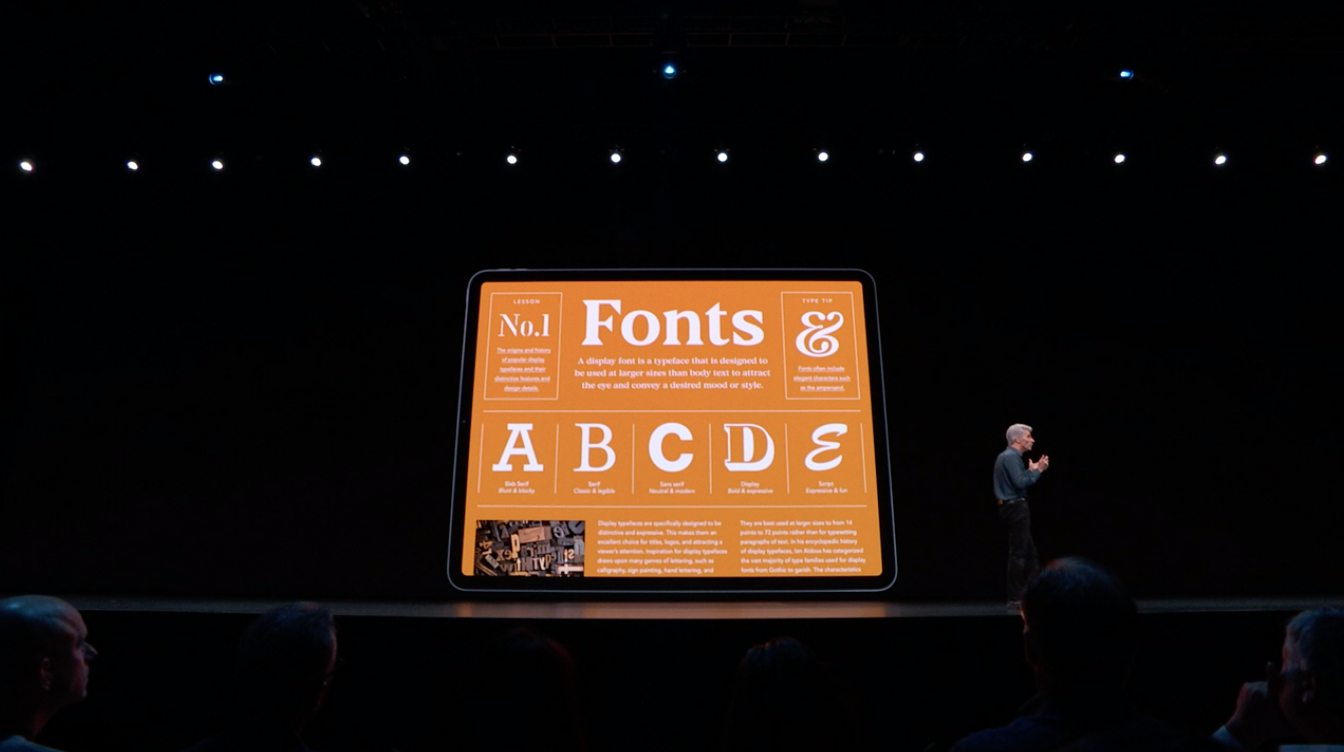 Besides the app updates, there are also some significant input updates. So now you can cut and paste content with a three finger pinch and zoom. Apple also claims it has improved the latency of the Apple Pencil, reducing latency from 20ms to just 9ms.

The new version of iPadOS will be available later this year, and in addition to all the new iPad features, iPadOS will get all the iOS 13 goods as well.