Nobody messes with the king. Well, except for the relentless passing of time.

Scientists analysing a large collection of trilobite specimens realised that one species, Redlichia takooensis, seemed to fit into two different shape categories. They suggested splitting off the larger group into a new species, Redlichia rex, which, like T. rex, uses the Latin for king. And it was big, by trilobite standards—up to the size of a human hand. Not the biggest, though.

Trilobites are perhaps some of the most famous fossils, representing one of the earliest groups of arthropods, animals with exoskeletons and segmented bodies. They appeared during the early Cambrian Period, when multicellular fossils became common in the fossil record, and stuck around for another 300 million years before dying out in the mass extinction that preceded the Triassic. Trilobite fossils appear all over the world, including in gift shops of natural history museums. Trilobite fossils generally have a top half-circle piece followed by a pinecone-like series of spines.

These creatures lived in the oceans and had hard skeletons. It’s hard to say what their behaviour was like (since they’re extinct), but researchers often find broken-up trilobite pieces in rocks and in coprolites, or fossilised poo, implying that they were probably eaten by some other predator, according to a release from the University of Adelaide. It’s even possible that R. rex ate other trilobites. 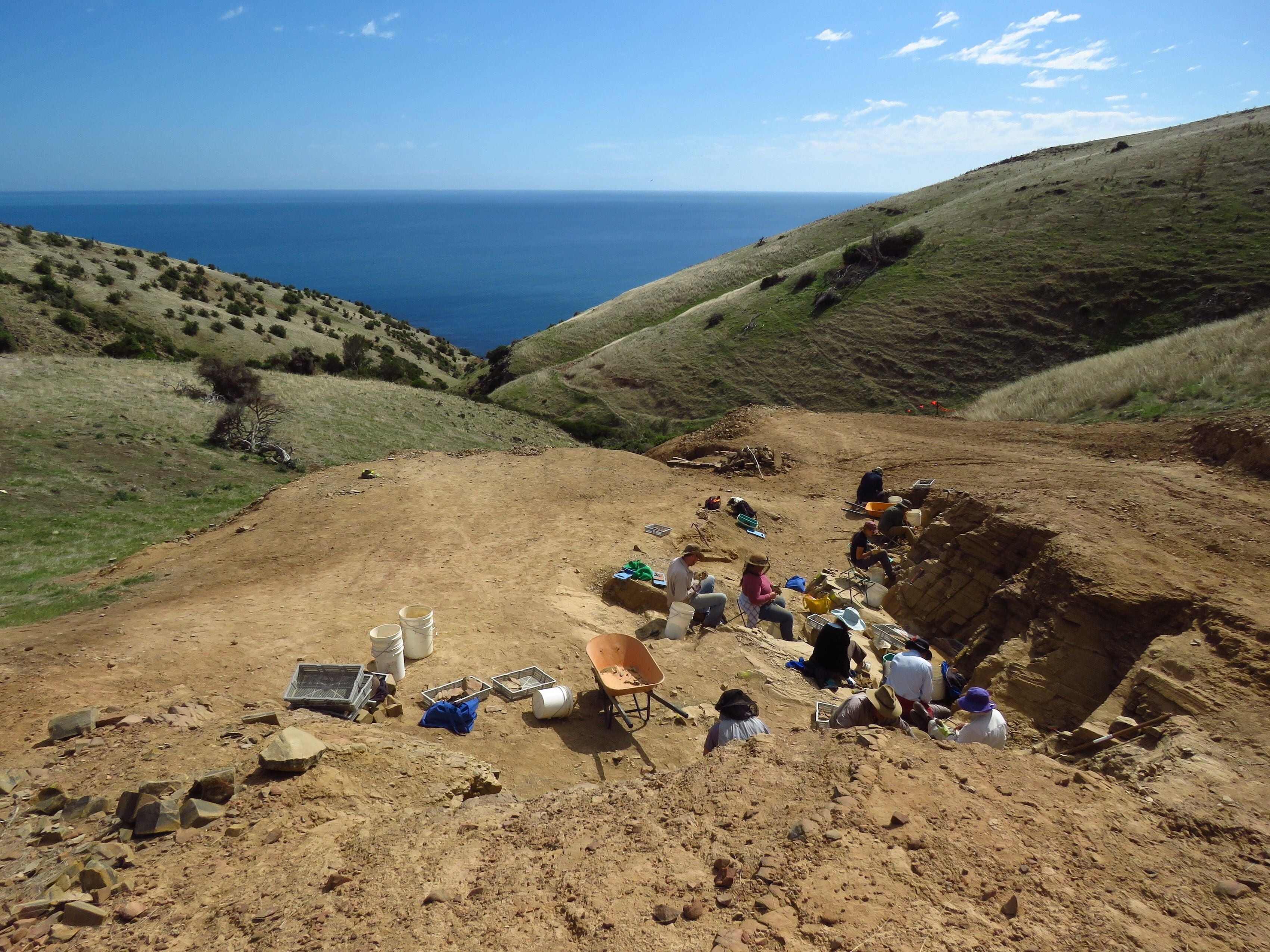 The specimens come from the Emu Bay Shale, a layer of exposed rock found on Kangaroo Island off of South Australia. The researchers compiled 482 total Emu Bay Shale Redlichia specimens from the South Australian Museum, as well as some specimens from the Natural History Museum of London. Many of the fossils were complete and even contained evidence of soft parts. The team measured and recorded various lengths and proportions of these specimens, then analysed them.

The trilobites seemed to fall into two categories for shape—the R. rex fossils were generally larger and thicker, with more spines and a few other differences involving the angles in the head segment, according to the paper published in the Journal of Systematic Palaeontology.

Splitting creatures into species is a human concept we use to understand our world, so it’s not that something new was discovered—it’s more that researchers think they’ve noticed an intriguing difference between these animals that was worth codifying. The researchers also note that their work is only as good as the samples collected, and even that can be biased (smaller fragments are less likely to appear in museum collections than full specimens, for example). And, of course, we can only tell what these creatures looked and acted like based on fossils they left behind, where they were found, and what other creatures and things they were found with. So our knowledge of them will always be limited.

But R. rex was not the largest trilobite. That goes to Isotelus rex, which measures nearly 30 inches long. But R. rex emerged far earlier on in the Cambrian Period.

The research further illustrates the kinds of species around during the Cambrian explosion, a period around 550 million years ago when multicellular life began to flourish.