Samsung, What on Earth Are You Doing?

The Galaxy Fold still hasn’t gone on sale, and yet, it seems Samsung has caught a full-on case of foldable fever because based on a number of reports and rumours, Samsung might already have as many as three more foldable phones in the works.

Now I know product development at big companies—particularly ones the size of Samsung—typically require a company to have multiple projects in various stages of production going at any one time. But damn Samsung, what are you doing? Can we at least get an updated release date for the Galaxy Fold before we start hearing about future stuff?

Ostensibly, by green-lighting a variety of new foldables, Samsung is hoping to cement its leadership in an emerging device category while simultaneously taking advantage of Huawei’s recent placement on the United States’ “Entity List” to widen the gap between itself and its biggest competitor. But as we’ve seen with delayed launches for both the Samsung Galaxy Fold and Huawei Mate X, making a foldable phone is really hard, even for the two biggest handset makers on the planet.

That said, if Samsung is content with burning a mountain of cash to speed up the technology’s development and iron out the potential issues before devices hit store shelves, I’m all for it. Though, based on the reaction some fellow Gizmodo staffers had to the Galaxy Fold’s £1,800 list price, it might be in Samsung’s best interest to figure out a way to make its future foldables a bit less expensive.

Regardless, with so many devices in some state of production, it’s probably time to break down everything we know about Samsung’s current and future crop of foldables. 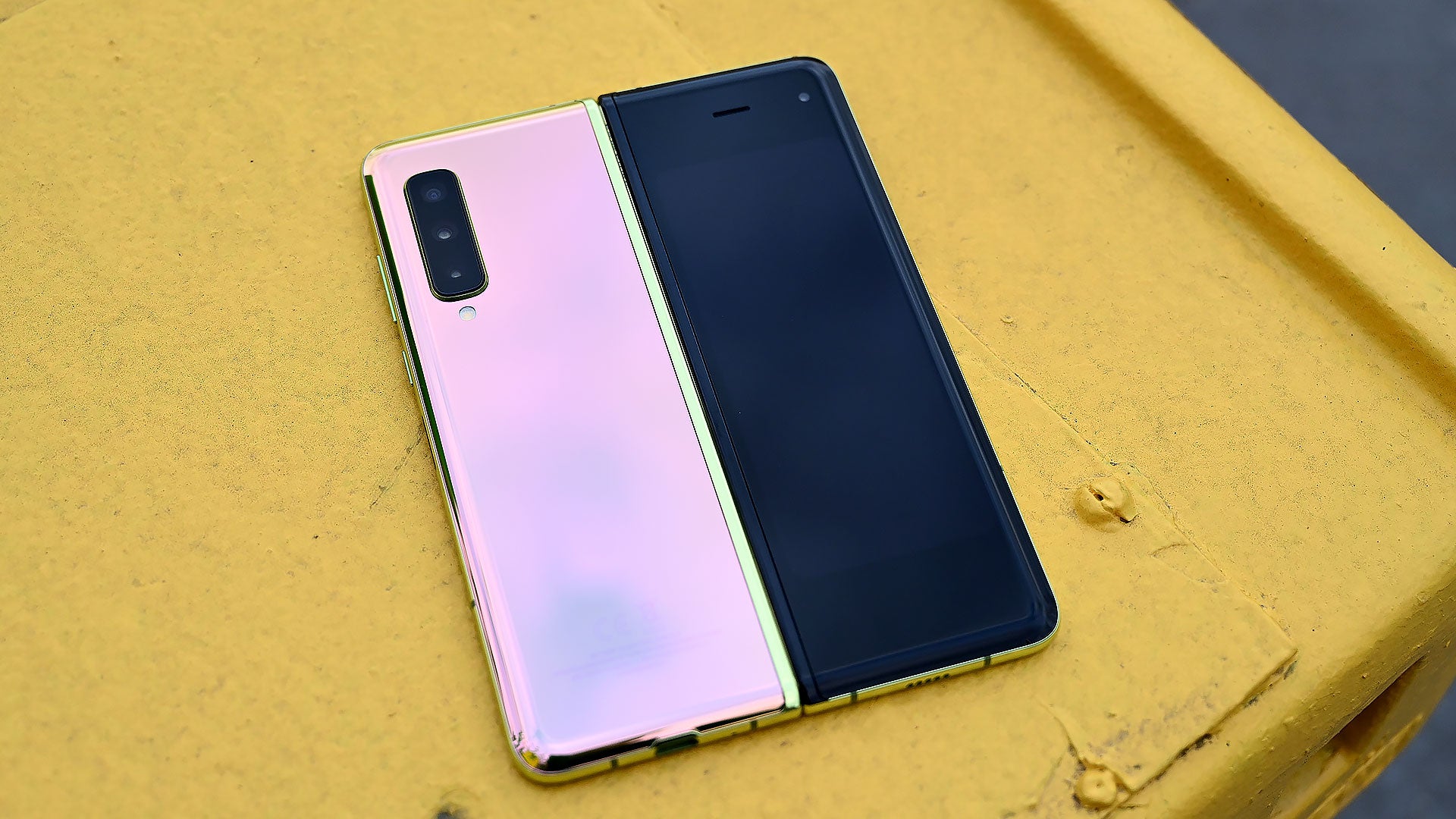 While we continue to wait for a revised launch for the Galaxy Fold, Korean site the Investor has reported that Samsung Display vice president Kim Seong-cheol told attendees at a recent industry event that “Most of the display problems have been ironed out, and the Galaxy Fold is ready to hit the market.”

Previous reports indicate that as part of its efforts to address the Fold’s durability concerns, Samsung has increased the size of the protective film that covers its foldable display so that the edges of the film lie underneath the Fold’s bezel, which should make it much harder to accidentally peel off that film and damage the device. Another report from Yonhap News also claims Samsung has decreased the size of the gaps between the Fold’s screen and its hinge, in order to prevent any foreign materials from getting inside the device and damaging its display.

Hopefully, these two fixes should go a long way towards making the Fold consumer-ready, but based on the Fold’s early troubles, Samsung is still facing a serious uphill battle when it comes to convincing people to buy its first-gen £1,800 foldable phone. 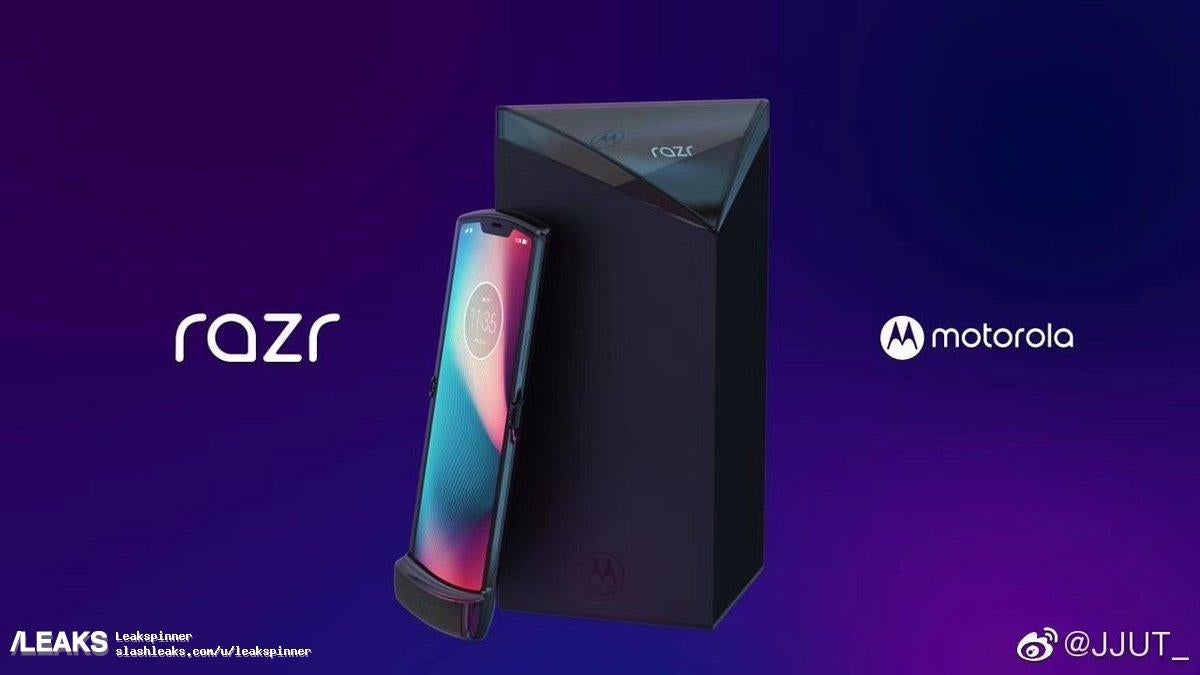 Motorola has long been rumoured to be working on a reboot of its iconic Razr phone that replaces the tiny 2.2-inch screen and T9 keypad on the original model with a new foldable screen around 6.2-inches in size. Now, just this week, a new report out of South Korea claims that Samsung is working on its own foldable clamshell device with a slightly larger 6,7-inch screen that could enter mass production as early as this November.

While a design like this isn’t quite as ambitious as what you get on Galaxy Fold, the creation of a modern smartphone that’s smaller and more pocketable, but also features a familiar design could go a long way towards making the entire foldable category more approachable to the average user. And with this rumoured model sporting a 6.7-inch screen compared to the 7.3-inch screen on the Galaxy Fold, it might be cheaper too.

Even though it took Samsung eight years of R&D to create the Galaxy Fold, its still way too early to say if the Fold’s inward-folding screen is superior to the Mate X’s outward-folding design. So in order to explore a different way of designing a foldable phone, the Korea Herald reports that Samsung is already working on creating its own outward-folding bendable handset. What’s more is that according to the Korea Herald, Samsung may even try to push its outward-folding phone to market before Huawei releases the Mate X, which according to Huawei’s president for Western Europe, could happen as soon as this September.

If true, this would allow Samsung to offer two different types of foldable phones, and in the west where Samsung will have a much easier time getting past tariffs and various governmental policies, this move could really limit the global appeal of the Huawei Mate X, along with any subsequent Huawei foldables.

As much as I like the Galaxy Fold, there was clearly some room for improvement. The 4.6-inch cover screen on the outside of the Fold is simply too small, and unlike Samsung’s Galaxy Note line, the Fold doesn’t offer any kind of stylus support. So to address those issues while also increasing the size of its main flexible display, it seems Samsung is already working on a successor to the Galaxy Fold featuring a larger 8-inch screen and S-Pen integration.

While this report does not explicitly mention that Samsung is planning to increase the size of the Galaxy Fold 2's cover screen, by making the interior screen bigger, Samsung would also have more room to increase the size of its the Fold 2's exterior screen, and in my opinion, not using the additional space on the outside of the device to the fullest would be a big mistake.

And with the report saying that this rumoured Galaxy Fold 2 could be available sometime early next year, Samsung could have a truly compelling foldable on the market before too long.

5. Dreams of a rollable phone 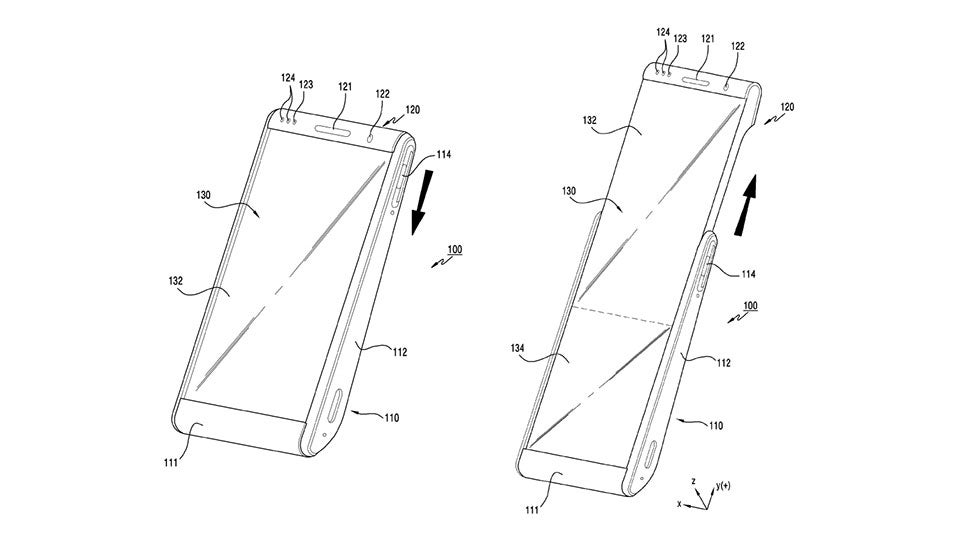 While this last entry only exists in the form of a patent application, it’s clear Samsung is planning to do more with its flexible screen tech than just make phones that fold in half. By making a phone with a screen that can be extended simply by grabbing opposite sides of the phone and pulling, Samsung would be venturing into sci-fi territory. It won’t be easy, but what if Samsung could actually pull it off?

So what else is left?

And all this doesn’t even factor in the use of foldable display tech in other devices categories, such as TVs like the one LG showed off at CES 2019 or laptops such as Lenovo’s foldable notebook concept. So even though you might not care about foldables now, it’s going to be quite some time before Samsung even thinks about giving up on the tech.