A fresh Martian crater has been detected in a stunning new image taken by NASA’s Mars Reconnaissance Orbiter.

Using its High-Resolution Imaging Science Experiment (HiRISE), the spacecraft photographed the new feature on 17 April 2019 from an altitude of 255 kilometres (158 miles), according to a HiRise press release. The crater is located in the Valles Marineris region near the equator, and it formed at some point between September 2016 and February 2019. We can’t yet monitor the entire Martian surface at shorter intervals, hence the uncertainty as to when it formed.

The HiRise release described the new photo as a “work of art,” saying “the darker material exposed beneath the reddish dust” is what makes this particular crater stand out. The bluish areas in the false-colour image above show areas in which the red surface material was most disrupted by the impact. 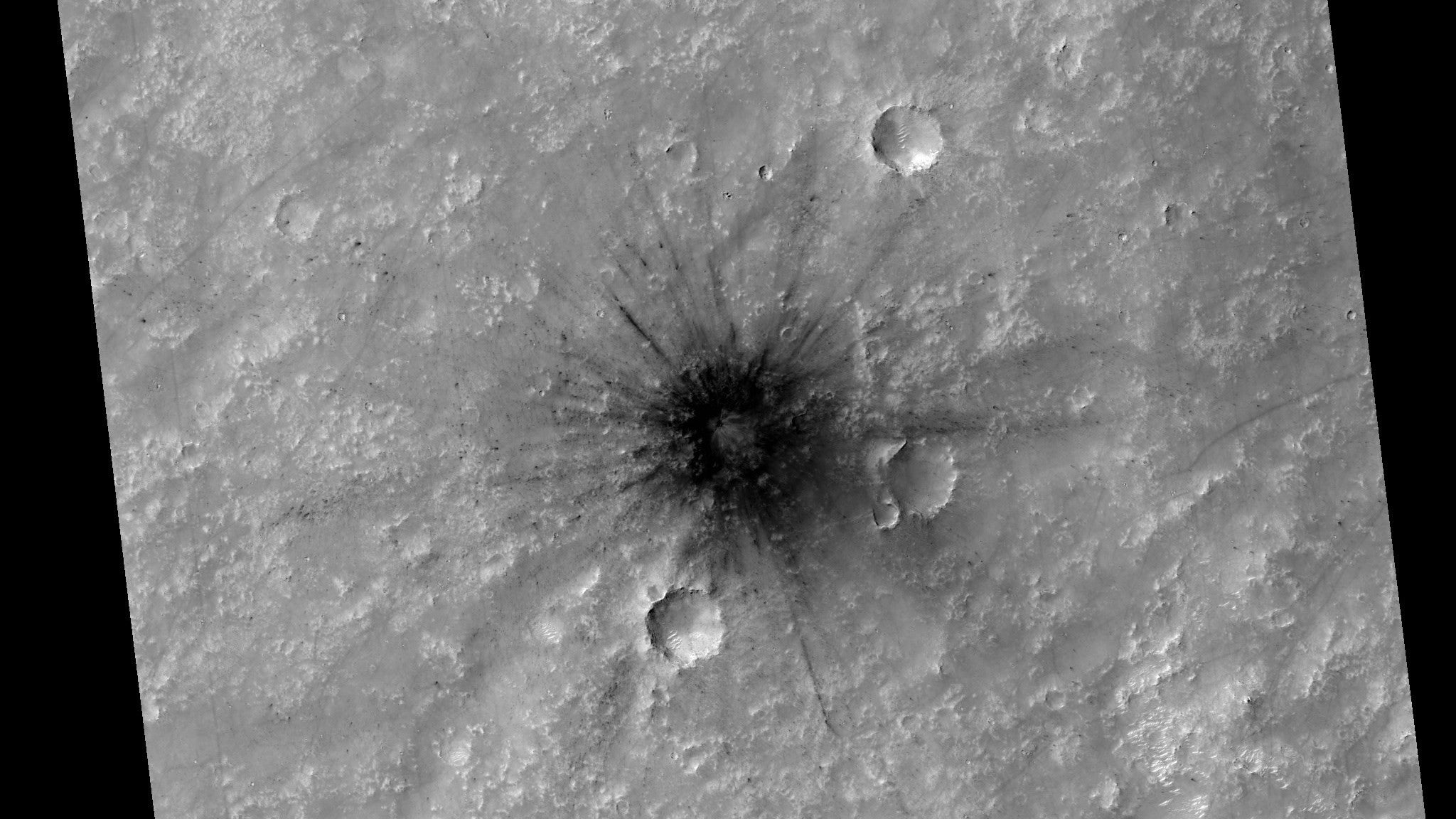 Black-and-white photo of the new crater. (Image: NASA/JPL/University of Arizona)

HiRISE team member and University of Arizona staff scientist Veronica Bray told Space.com that the crater is about 15 to 16 metres (49 to 53 feet) wide. The dark splotch created by the impact is around 500 metres wide (1,640 feet). Bray estimated the size of the meteorite at around 1.5 metres (5 feet) wide. This chunk of space rock probably wouldn’t have survived the journey through Earth’s thicker atmosphere, she said, but the rock was likely quite solid, as there’s no evidence it broke up into smaller pieces during atmospheric entry. The impact may have exposed basaltic rock from beneath the Martian surface, but it’s not clear if the impact churned up subterranean ice, she told Space.com.

Discovering fresh impact craters on Mars is nothing new for the Mars Reconnaissance Orbiter. Other notable examples include a crater discovered inside the much larger Corinto Crater in 2018, and a 30-metre-wide (100-foot) crater spotted in 2014.

In other MRO news, the spacecraft recently spotted a strange Martian surface feature that bore an uncanny resemblance to the Starfleet logo from Star Trek. 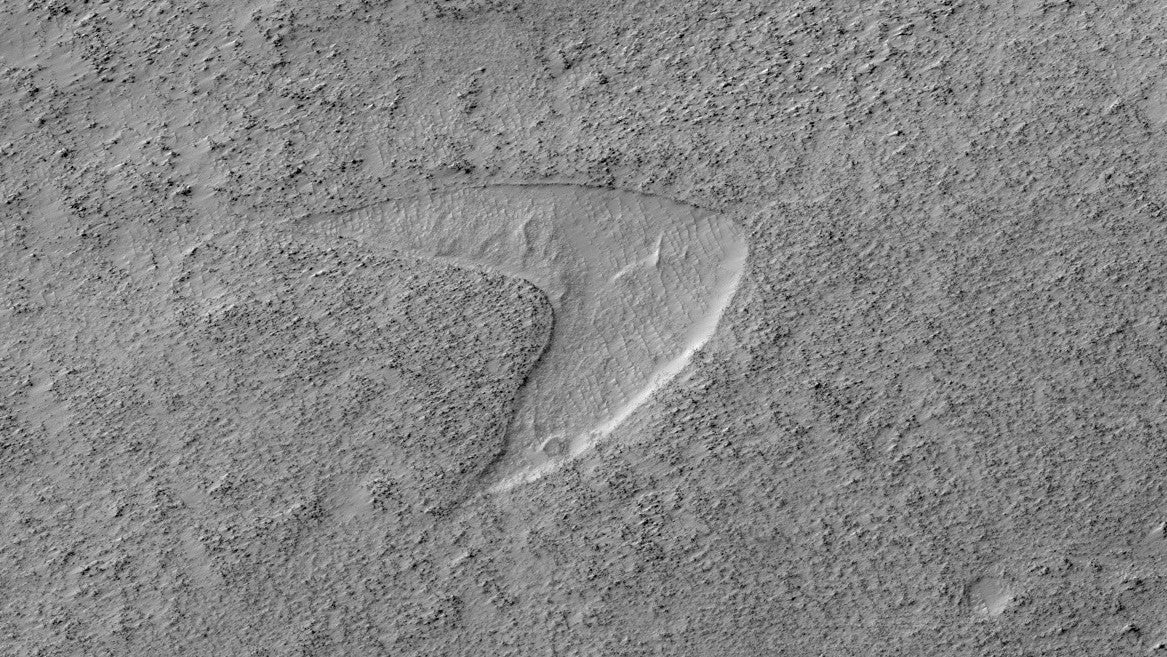 As noted in the HiRISE press release, this odd, chevron-like shape is the combined result of dunes, lava, and wind:

Long ago, there were large crescent-shaped (barchan) dunes that moved across this area, and at some point, there was an eruption. The lava flowed out over the plain and around the dunes, but not over them. The lava solidified, but these dunes still stuck up like islands. However, they were still just dunes, and the wind continued to blow. Eventually, the sand piles that were the dunes migrated away, leaving these “footprints” in the lava plain. These are also called “dune casts” and record the presence of dunes that were surrounded by lava.

The Mars Reconnaissance Orbiter remains an unsung hero of science. This spacecraft entered into Mars’ orbit in 2006, and its mission was only supposed to last two years. Thirteen years later, the MRO is still blowing us away. Fingers are crossed it’ll continue to serve as our eyes on the Red Planet for a long time to come.