Palaeontologists in Australia have identified a previously unknown plant-eating dinosaur from the mid-Cretaceous. Remarkably, the fossilised bones of these creatures, which glisten in hues of blue and green, are preserved in opal.

New research published yesterday in the Journal of Vertebrate Paleontology describes Fostoria dhimbangunmal, a dinosaur species that’s closely related to Iguanodon and Muttaburrasaurus. Fossils of four specimens were found in Lightning Ridge, a small town in the Australian Outback. As reported in The Australian, palaeontologists recovered the opal-encrusted fossils in 1984 after being alerted to their presence by an opal miner, Robert Foster, who was working 10 meters (33 feet) below a field known as the “Sheepyard.” 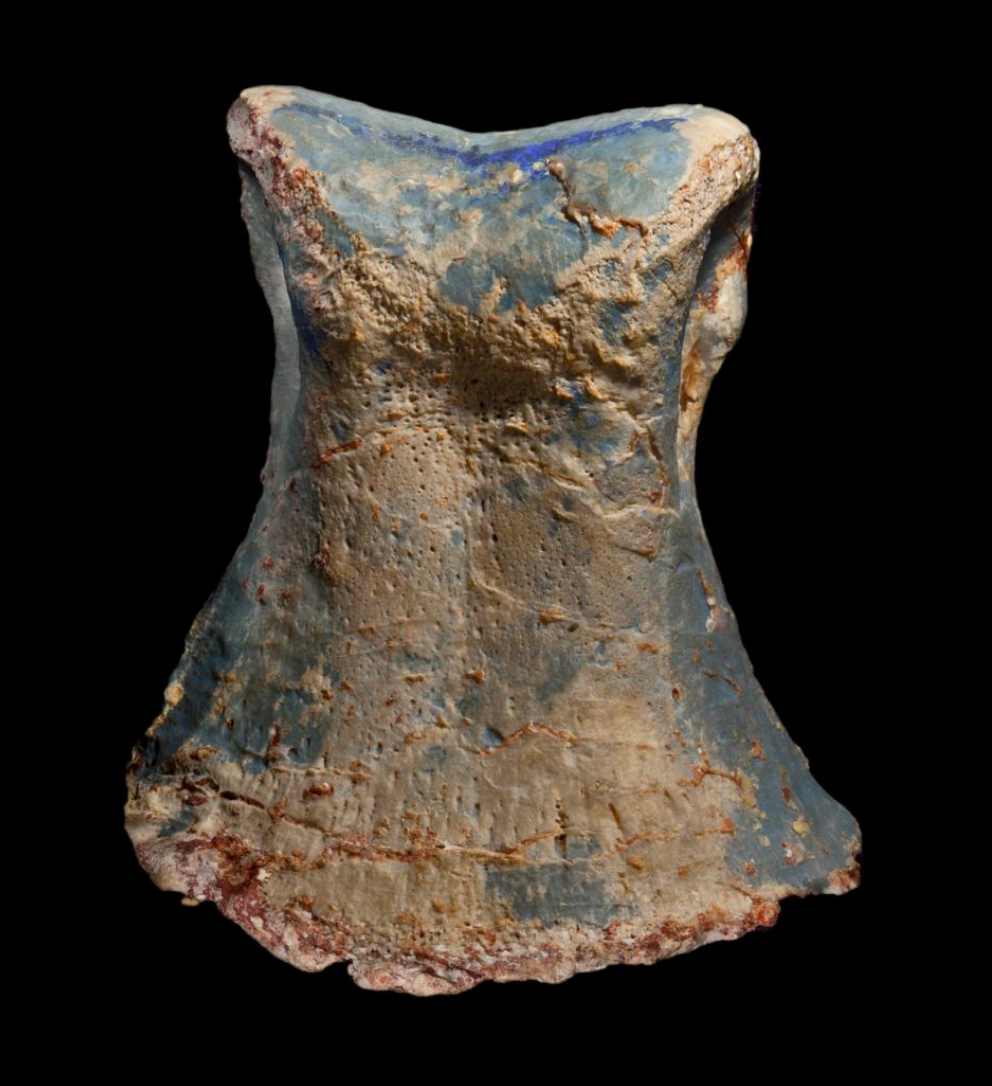 After the excavation, these fossils went on display at the Australian Museum in Sydney, where they remained for decades. The Foster family recently donated the fossils to the Australian Opal Centre, where researchers recognised the palliated items as deserving of further investigation. The analysis, led by Phil Bell from the University of New England in Armidale, Australia, revealed the fossils belonged to a new species. The researchers named the dinosaur in honour of Foster and the field above the deposit where the bones were found; the name dhimbangunmal (pronounced dim-baan goon-mal) translates to sheep yard in Yawaalaraay, the local indigenous language.

Lightning Ridge is famous for its opal gemstones, which form underground over long timescales from a solution of silicon dioxide and water (more about the process here). It’s not uncommon to find the odd bone or tooth that has undergone opalisation, but the discovery of around 60 opal-encrusted bones (including the braincase) from a single individual—an adult Fostoria—is without precedent.

The opalised fossils of another three individuals, all juveniles, were also identified in the new study. The remains were all found jumbled together in the opal mine, leading Bell to speculate that the individuals were once part of a herd or a family, as reported in National Geographic. The researchers used a CT scanner to analyse the fossils without having to damage them. 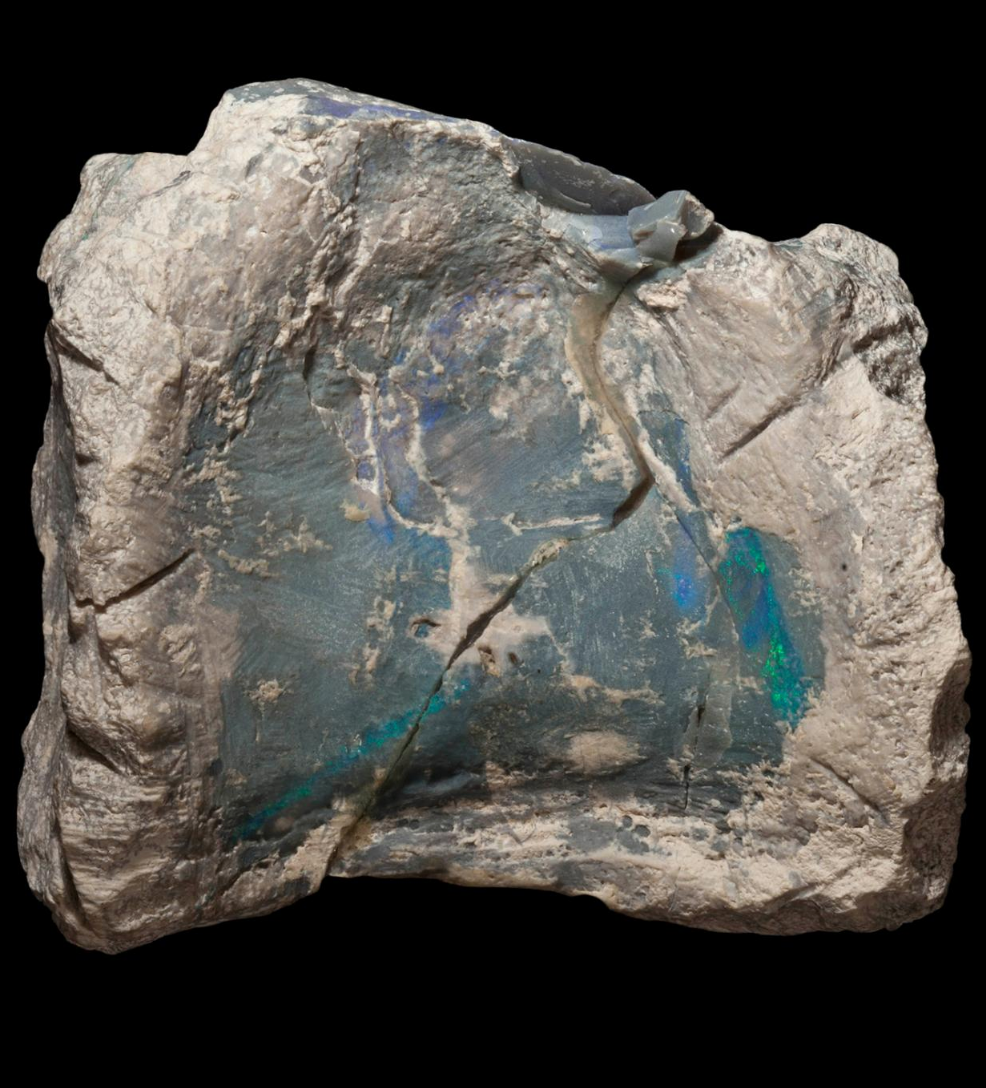 Fostoria is now the earliest known iguanodontian dinosaur ever found in Australia. Dating back to the mid-Cretaceous some 100 million years ago, these flat-toothed, herbivorous creatures foraged as they stood on their hind limbs. Today, this region of New South Wales is barren and dusty, but during the mid-Cretaceous it contained rivers, lagoons, and vast tracts of vegetation. Importantly, Fostoria was “an early member of a group that would elsewhere evolve into the duckbilled hadrosaurs, which were common in North America and Asia toward the end of the time of the dinosaurs,” James Kuether wrote for National Geographic.

“It’s exciting enough to have a bonebed of new dinosaurs from Australia,” Liz Freedman Fowler, an assistant professor of biology at Dickinson State University, said in an email to Gizmodo. “To also have them preserved in beautiful opal is a spectacular bonus. Kudos to the original discoverers for recognising the importance of their find so the bones could be excavated safely and scientifically,” said Fowler, who wasn’t involved with the new research.

Australia has a long history of producing “bizarre and amazing creatures,” according to palaeontologist Clint Perry from the Department of Biological Sciences at North Carolina State University, also not involved with the new study. Perry attributed this to the continent’s isolated geographic position. The Fostoria discovery “fills in a glaring gap in our understanding of duck-billed dinosaur evolution in a spectacular way,” explained Perry in an email to Gizmodo.

To which he added: “It’s hard to imagine a more perfect shape for gemstones than a new species of dinosaur.”