It’s no fun being a fan of retro gaming if you grew up a fan of Sega consoles. Emulators and game-bundled throwback consoles have been notoriously bad, but recently things have improved—as long as you’re a Sega fan happy to throw money at your passion. The $190 (£149) Mega Sg console plays classic Sega games flawlessly, and there’s now a disc-free cartridge that brings SegaCD games back to life.

Released back in the early '90s, the Mega-CD was a CD-ROM drive for Sega's Mega Drive that not only increased the size of games (allowing for full-motion video to be included), it also added processor and graphics hardware improvements so the Mega Drive could match some of the Super Nintendo’s features like the Mode 7 rotating background effect. Despite being an expensive upgrade, the Mega-CD introduced a few memorable games, like the controversial Night Trap, which can now be played on modern systems without the need for the actual Mega-CD hardware. 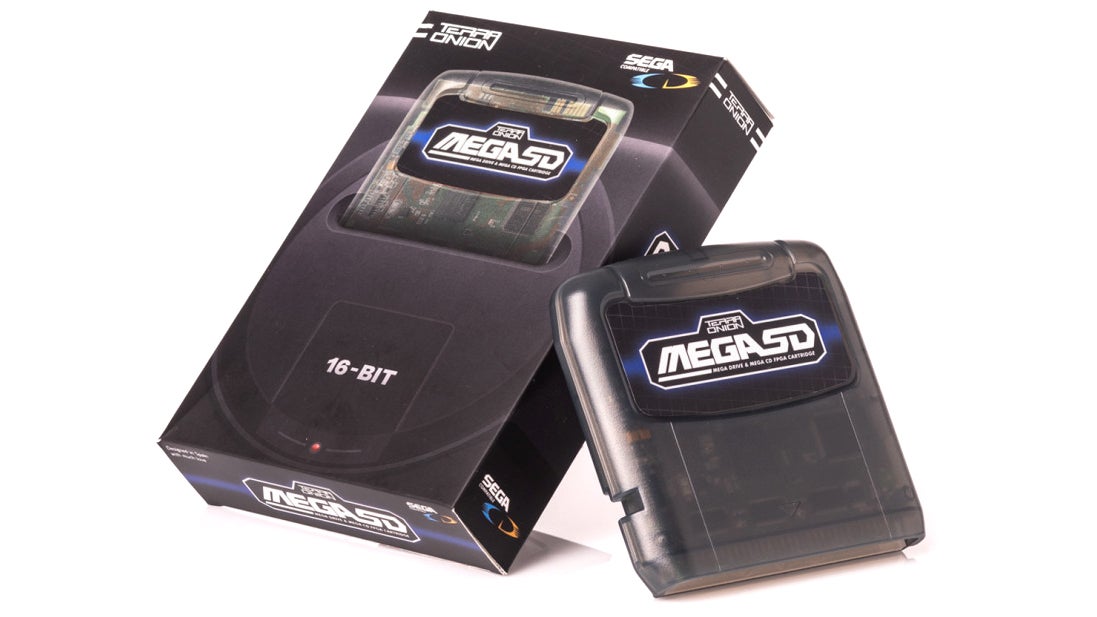 The MegaSD (based on the international name of the Mega-CD) is more than just a cartridge slot-friendly flash card that can be loaded with Sega Master System, Genesis, and Mega-CD games ripped from the original discs. It features a custom-developed FPGA (essentially a programmable chip) that perfectly emulates the Sega CD’s hardware so that disc games not only play perfectly off it, they’ll actually have much-improved load times.

YouTube’s RetroRGB’s excellent review of the MegaSD explains why it just might be worth the steep price tag.

The custom hardware helps explain why the MegaSD card will set you back over €232 (£207); a price tag that doesn’t include a Mega Drive console required to play any of your favourite games. If money is no object for satiating your retro gaming cravings, pairing the MegaSD with the $190 (£149) Analogue Mega Sg will undoubtedly give you the best experience possible. You could also find an original Mega Drive on eBay for cheap, or even at a garage sale, but keep in mind it won’t connect to your modern flat-screen TV as easily as the HDMI compatible Mega Sg will. Nostalgia is quite a racket.