The release of AMD’s latest GPUs should have been exciting. At E3 in June, the company announced the Radeon 5700 and 5700XT, and according to AMD, they would often be faster than Nvidia’s rival RTX 2060 (£299.99) and 2070 (£398.99), but for just £20 to £40 more than Nvidia’s offerings. It was a notable about-face from AMD’s previous pricing strategy of undercutting Nvidia – as if the company felt it could compete on even ground. 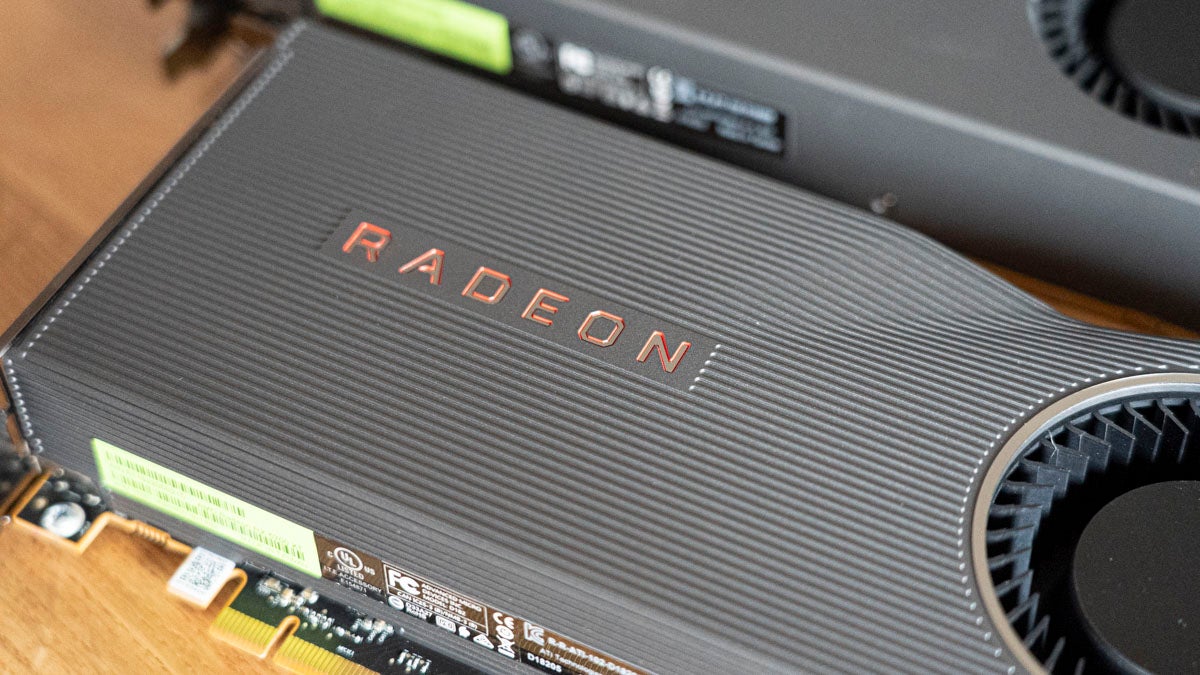 What is it? AMD's first RDNA GPUs.

Like: They're the fastest GPUs in their price range.

It was a bold move from a company that has increasingly ramped up its rivalry with Nvidia. Only Nvidia, it seems, was ready. Last week, Nvidia launched updated GPUs, the RTX 2060 Super (£379) and RTX 2070 Super (£475). Those GPUs are very fast, especially for their price, and now it looks like AMD’s big bold launch is screwed.

Or it did until Friday night. That was when AMD suddenly announced a price drop on both products. It was foreseeable – the company’s whole business model is undercutting competitors, and if it had gone to market with the Radeon 5700 priced at £300 and the 5700XT priced at £360, they would have been absolutely miserable flops. Now, with a price drop, the 5700 (£289) and 5700XT (£329) are pretty damn solid alternatives to Nvidia’s offerings – especially if you don’t care about ray tracing.

The AMD Radeon 5700 and 5700XT are the first GPUs released based on the RDNA microarchitecture. Frequently referred to as Navi before the announcement, this microarchitecture has been hyped as a gamechanger by AMD and AMD fans. (Navi is the name for the line of cards, not the microarchitecture).

Navi will not only power many of AMDs GPUs (including many future ones integrated with AMD’s CPUs), but it’s also the heart of the next generation of Sony and Microsoft gaming consoles. By the end of next year, a whole lot of people are going to be playing video games on Navi-based devices, whether they know it or not.

But these first two GPUs aren’t ridiculous performance devices and, beyond microarchitecture, they don’t share a lot in common with the future of consoles. They’re midrange GPUs intended for PC gamers who want to improve performance and are willing to spend the cost of a whole console on a single component just to get it.

As midrange GPUs, they’re quite good and both sport AMD’s Radeon software, which has finally improved enough to rival Nvidia’s GeForce Experience. That means its easier to tweak GPU settings (including global colour profiles) and get the best performance possible out of the card for specific games.

If you’re buying either of these GPUs you’re going to have a solid experience in most games (AMD’s game support has improved tremendously over the last three years). You’re also going to have excellent performance for the price in pro applications.

We benchmarked all the products on the same testbench outfitted with an Intel i9-9900K, 16GB of RAM, and a 256GB SSD. They were all tested on the latest version of Windows 10 and using the latest drivers from AMD and Nvidia (those drivers do not play well with one another so the drivers not in use were uninstalled). We pitted the Radeon 5700 and 5700XT against the RTX 2060, RTX 2060 Super and RTX 2070 Super. To have a good understanding on how much RDNA is an improvement over AMD’s previous generation of GPUs we also included AMD’s Vega 56 GPU, introduced in 2017, which uses AMD’s previous Vega microarchitecture and can be picked up as low as £269.99 at the moment and.

The Radeon 5700 is £289, and when it was announced, it was compared primarily to the RTX 2060, which launched in January. The performance difference between the two is stark. In nearly every benchmark the 5700 easily surpasses the 2060. If you only have £289 to spend, there’s no question. Get the Radeon 5700. 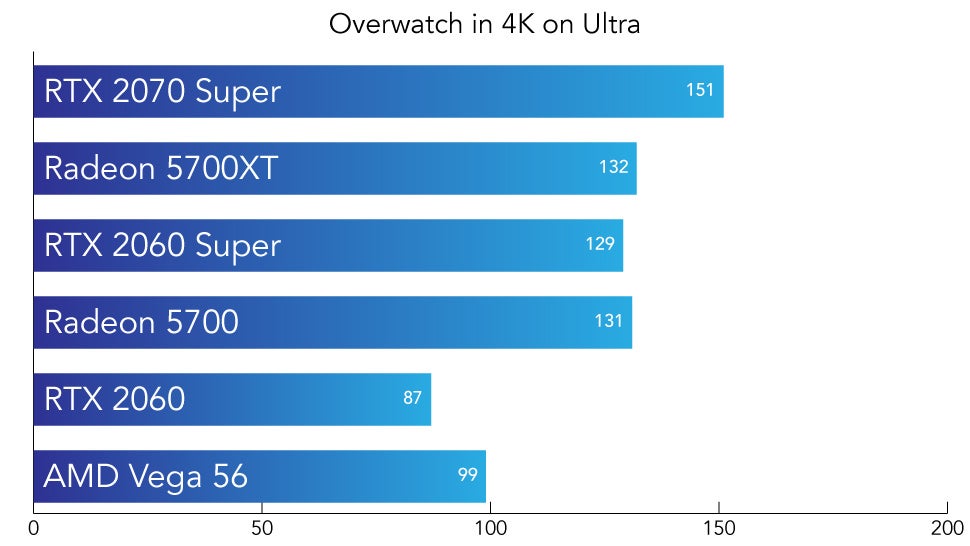 Time to render an image in seconds. A lower number is better.

Time, in milliseconds, to render a frame. Lower is better.

Time, in milliseconds, to render a frame. Lower is better.

Particularly when it comes to more professional applications like Blender, a tool used by 3D artists. We measured how long it takes to render a single 3D image in the application, and the 5700XT competed the task faster than every other GPU tested.

The 5700XT also did well in the synthetic benchmark Luxmark, which tests a GPU’s ability to handle software accelerated ray tracing. The Nvidia products all have hardware acceleration for ray tracing, but Luxmark ignores that to give a better sense of the raw power of the GPU. Here, the improvement in performance is apparent, but not necessarily earth-shattering.

The AMD Radeon 5700 and 5700XT were supposed to be AMD’s cheeky response to Nvidia’s super expensive GPUs that pushed ray tracing and high prices onto PC gamers. A last minute price drop kept them in the running, and now, instead of a cheeky alternative, they’re simply a fine one. AMD has typically been on par with Nvidia when it comes to performance, lagged behind it when it comes to support for games, and creamed it when it comes to price. Here’s it tried to beat its rival on all three fronts has done a reasonable job. Particularly the Radeon 5700. If you’ve got £289 and a need for a new GPU it should be your first choice.