It appears Apple is testing out a feature that will help users fake some intimacy during video calls. There’s a new feature in the third developer version of iOS 13 beta, called FaceTime Attention Correction, which corrects your gaze to make it look like you’re staring into the camera.

App designer Mike Rundle was among the first to point out the existence of the feature, which Gizmodo has also spotted in iOS 13 beta and tested out. My colleague Victoria Song FaceTimed her friend, who said that “Your eyes look kind of funny, but it’s not that noticeable.”

Software engineer Dave Schukin pointed out on Twitter that the feature uses Apple’s ARKit “to grab a depth map/position of your face, and adjusts the eyes accordingly,” sharing a video of how it works.

How iOS 13 FaceTime Attention Correction works: it simply uses ARKit to grab a depth map/position of your face, and adjusts the eyes accordingly.

Notice the warping of the line across both the eyes and nose. pic.twitter.com/U7PMa4oNGN

The feature is reportedly only available on iPhone XS and iPhone XS Max if you have the beta operating system installed on your phone, and it’s unclear whether this is a feature Apple plans to roll out more broadly down the line. We have reached out to Apple for comment and will update with a response.

Video chatting is certainly more intimate than other text-based forms of communication, but the design oftentimes has you looking into the screen rather than the camera—that’s how you can see the person on the other end. This feature effectively allows you to continue to do that while also making it appear to the person you’re talking to that you’re looking them in the eye. If it works as intended and doesn’t lead to some wonky eye contact, it’s a pretty useful feature for those who want to appear peak invested without having to stare into that tiny little camera lens. 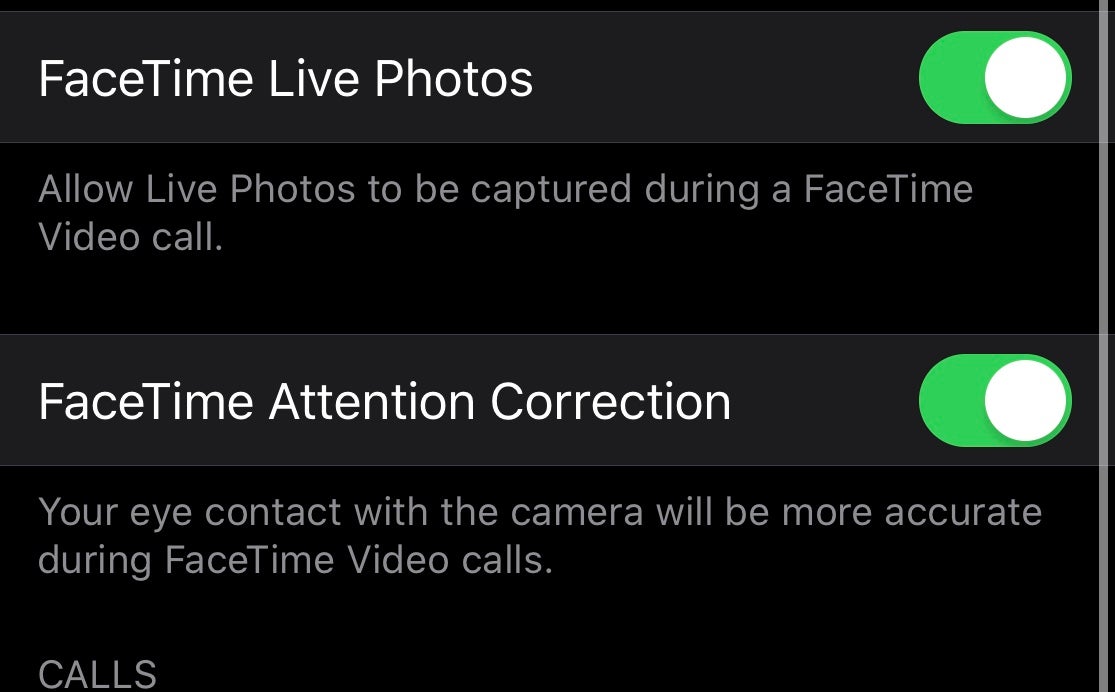