Asus May Have Made the Most Powerful Android Phone Yet

Last year’s ASUS ROG Phone felt like one of the first gaming phones that actually made sense. But for its second attempt, Asus has doubled down on everything: Between its big 6.6-inch screen, a new processor from Qualcomm, and an absolutely massive battery, Asus may have just created the most powerful Android phone on the market.

Let’s start with its display. Instead of sticking with a 90Hz refresh rate, Asus selected an OLED screen with an even faster 120Hz refresh rate, which is the first of its kind among phones and apes the trend towards more responsive displays we’ve seen on gaming PCs. The screen also features a touch sampling rate of 240Hz for more accurate input recognition, which, according to Asus, is four times more sensitive than the 85Hz and 87Hz sample rates seen on the OnePlus 7 Pro and Galaxy S10. 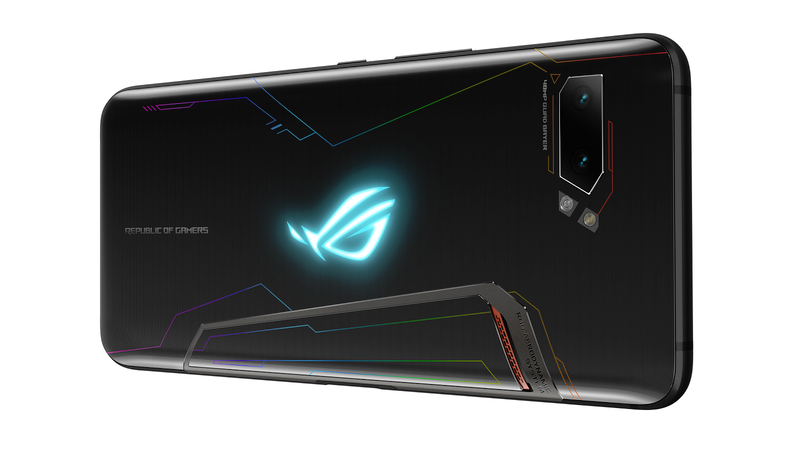 Then on the inside, Asus combined a whopping 12GB of RAM and 512GB of storage with Qualcomm’s recently announced Snapdragon 855 Plus chip, which not only sports higher clock speeds than the standard Snapdragon 855, the processor also has its own set of special set of gaming features such as Qualcomm’s Game Jank Reducer and Game Fast Loader.

But the ROG Phone 2's real shocker is its monstrous 6,000 mAh battery. For comparison’s sake, the first ROG Phone only had a 4,000 mAh power pack, while other flagship phones like the Galaxy S10+ and OnePlus 7 Pro are in the same neighbourhood with 4,100 and 4,000 mAh batteries, respectively. 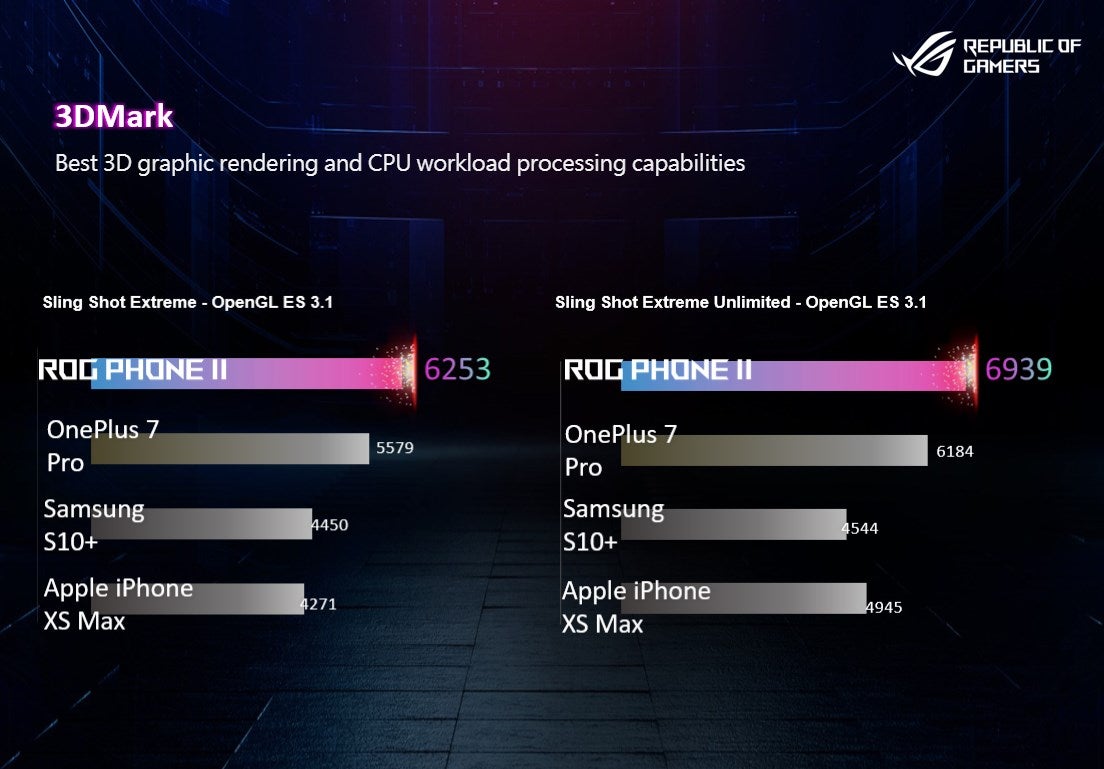 With its Snapdragon 855 Plus chip, the ROG Phone 2 is claiming about a 10 per cent advantage in performance compared to today’s fastest phones. (Graphic: Asus)

For anyone who knows how fast games like PUBG Mobile and Fortnite Mobile can kill a phone, this extra battery capacity should be a welcome upgrade. In fact, Asus is promising that the ROG Phone 2 can play PUBG Mobile for over seven hours straight on a single charge, though that’s only with the screen set to 60HZ instead of 120Hz.

The ROG Phone 2 includes a number of other performance boosters including a built-in vapour chamber for better cooling, multiple USB-C ports (so you can keep the phone topped up while gaming without cords getting in the way), and more responsive versions of the touch-sensitive Air Triggers buttons used on the original ROG Phone.

Asus even crammed in more powerful vibration motors to give you a little extra rumble while gaming and an in-screen fingerprint sensor to boot. The only thing the ROG Phone 2 doesn’t seem to have is support for 5G. And to my disappointment, the ROG Phone 2's design doesn’t look all that different from last year’s model. 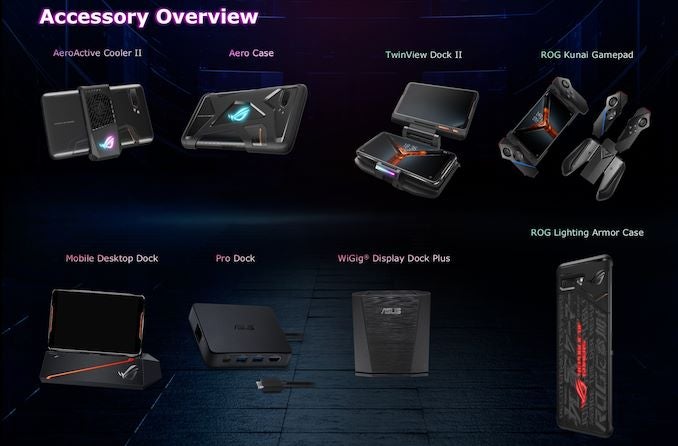 Just like the last model, the ROG Phone 2 will also come with a bunch of gaming accessories including a refreshed Twin View dock, new Kunai controller, and an add-on cooling fan. (Photo: Asus)

But if you want a real beast of a headset, Asus’ ROG Phone 2 has just jumped to the top of the list. In some ways, this might even put pressure on Samsung, because with the launch of the Note 10 expected to happen on 7 August, it wouldn’t be a great look if Samsung’s traditionally spec-laden phone line comes up short against Asus’ latest offering.

The ROG Phone 2 is expected to go on sale globally sometime in September. And while Asus has yet to reveal specific pricing, the company says it will be in the same range as the original ROG Phone, which went for around £800 when it launched last year.