Even though he’s won an Oscar and made a tonne of hugely popular films, Danny Boyle still auditioned to make his new film, Yesterday. However, it was his choice to do so and a technique he learned from a very unlikely source.

“That’s something, actually, I learned from Leonardo DiCaprio,” Boyle told us on the phone last week. “He was the biggest star in the world at the time when we worked together [on The Beach]. But he said, ‘Let me audition. Listen to me playing the part and see if this is something we should do together.’”

Boyle was immediately captivated by the idea of someone obviously qualified to do a job still feeling a need to prove themselves to the creative team. So, when he was approached about Yesterday, Boyle did the same for screenwriter Richard Curtis.

“I said to him ‘Let me explain to you what I will try to do with the film and see if you like it because if you don’t we should call it quits here,’” Boyle said. “With a writer that’s their baby. They just put [years] in and they imagined [the film] with such tenderness. Then somebody comes in and walks all over it doing something that they never intended. They should know about that, really.”

Yesterday is the story of Jack Malik (Himesh Patel), a talented young musician who is going nowhere. That is, until he gets into a horrible accident after a worldwide blackout and wakes up in a world where no one remembers the Beatles...except him. He decides to steal their songs to become an incredibly successful recording artist, which in turn ruins his relationship with his best friend Ellie (Lily James.)

Among the ideas Boyle pitched to Curtis was that the songs in the film had to be performed and captured live, on set. 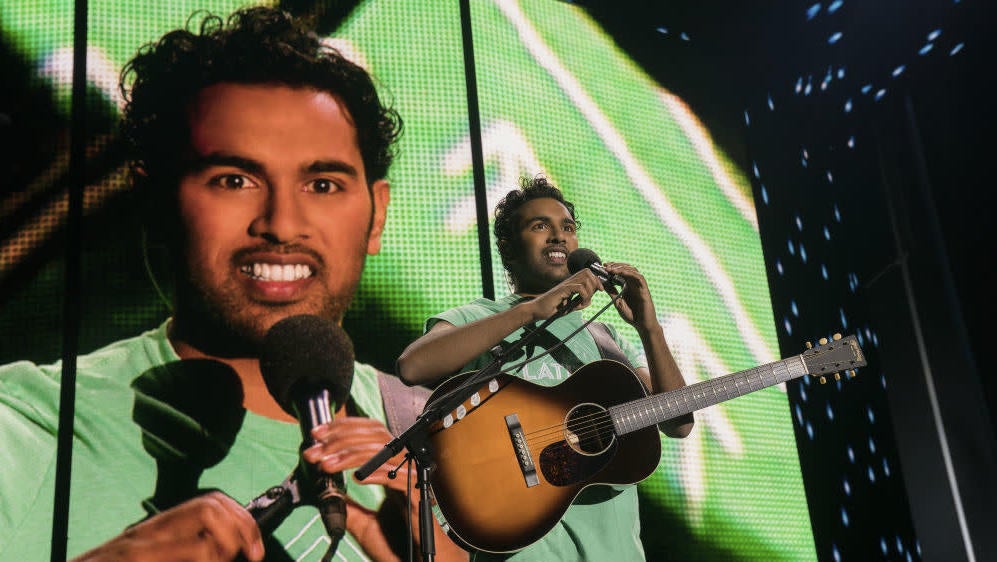 “I was terrified that the technicalities of sound recording would brutalise [Himesh Patel’s] approach to the music. That we’d lose something,” Boyle said. “Because he had an approach to the songs that made you question—briefly, obviously, because you’re a rational person—the ownership of the songs. He’d play the songs and I’d occasionally get pulled into thinking it’s his song. Then I think ‘No it isn’t, idiot. It’s Paul McCartney’s song.’ It’s just a blink in time but, I thought, that’s exactly what we’ve got to keep.”

But no one wanted to let Boyle do that. Everyone told him the takes wouldn’t match up in editing. They told him there were easier, safer ways to record the music. But for Boyle, this was non-negotiable.

“I was absolutely adamant that every single song would be recorded live,” Boyle said. “That was a wonderful challenge because it means you are putting it all on the line [with] a performer. And with this kind of film, it should be on the line with the performer. Either he can do it or you can’t and you’ll fall if he can’t—and hopefully, if he can, which I think he does, you will take people with you on that journey.”

That journey would have been impossible, of course, without the approval of the Beatles. The necessary approval was granted early on—but, as Boyle explained, in a way that lined up with their unique sense of humour and gave a glimpse into how special this film could be. 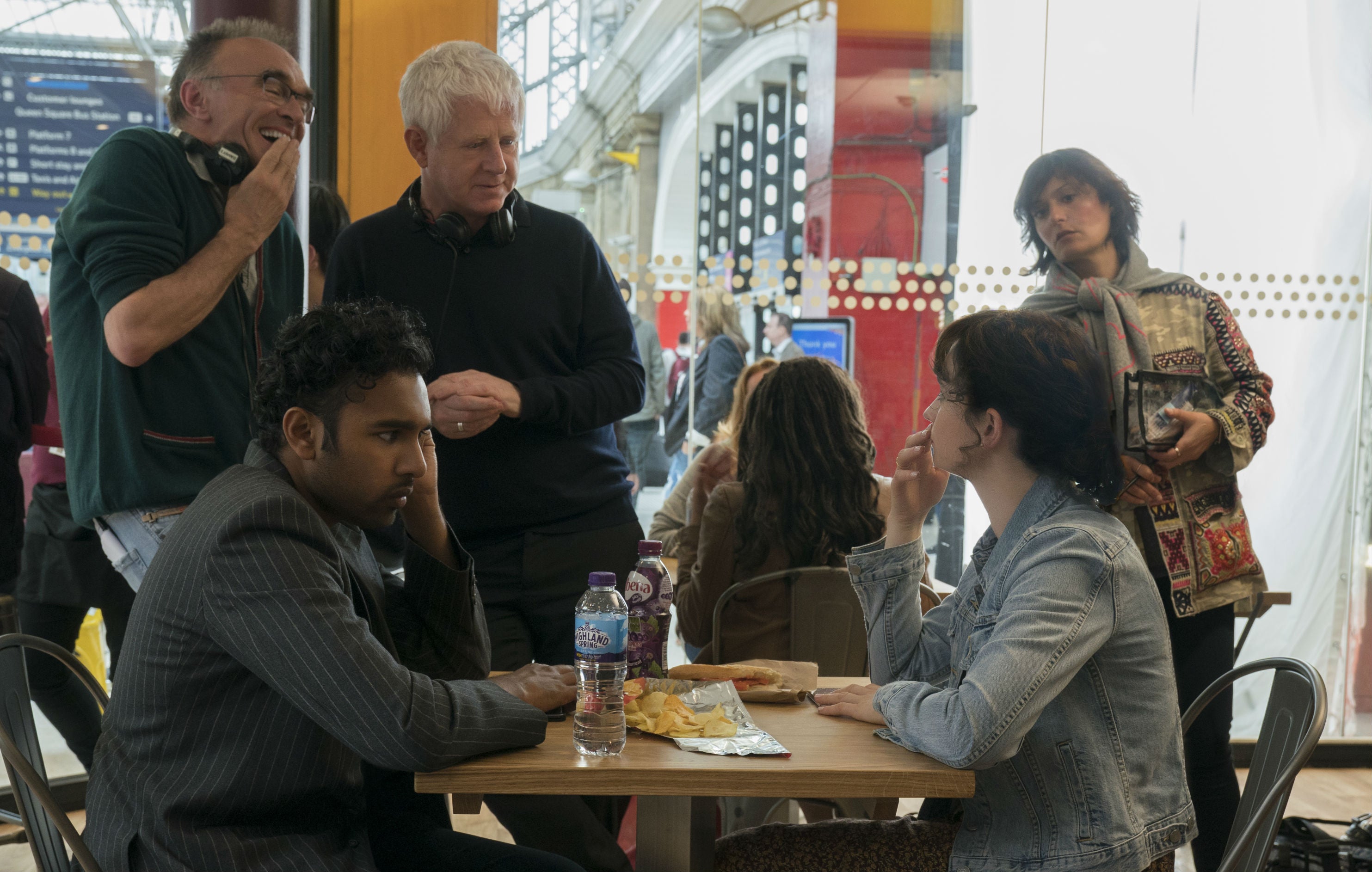 Boyle and his actors during a particularly brutal moment in the film. (Photo: Universal)

“What I found really refreshing is that, in a time where films exploring or exposing a back catalogue are often done as biopics or life stories, they gave the go-ahead to a film that was imagining their entire disappearance,” Boyle said. “They literally are erased from the world’s consciousness. I thought it’s funny they’ve approved that because it’s a wonderful prism to see their songs through. You’re not just hearing the song again...[it] allows you to almost lose sight of the Beatles for a while. And then, of course, you get a greater understanding of what their value is. “

According to Boyle, he sent the finished film to Ringo Starr, Paul McCartney, and the families of George Harrison and John Lennon. And while McCartney hasn’t seen it yet (though he loved the trailer and gave special permission to use “Yesterday” as the title), Boyle did hear from some of the others.

“We had a lovely message back from Ringo and Barbara and also one from Olivia, George’s widow,” Boyle said. “Beautiful messages. They were really special.”

While that feedback was exceedingly positive, Boyle has had some less than positive feedback in recent days about some things he said in regards to women in film. When asked by The Independent what he thinks about the fact that he’s never made a film with a woman as the lead, he said, “You obviously have a concern, especially now—and it’s a growing concern—where you don’t want to [make a female-led film as a male director], because you’d feel like an impostor. I certainly respond to that.” Many sites, such as Indiewire and Stylist, called him to task for the response.

When asked to respond, and how he could work to amplify women’s voices, Boyle seemed keen to set the record straight. 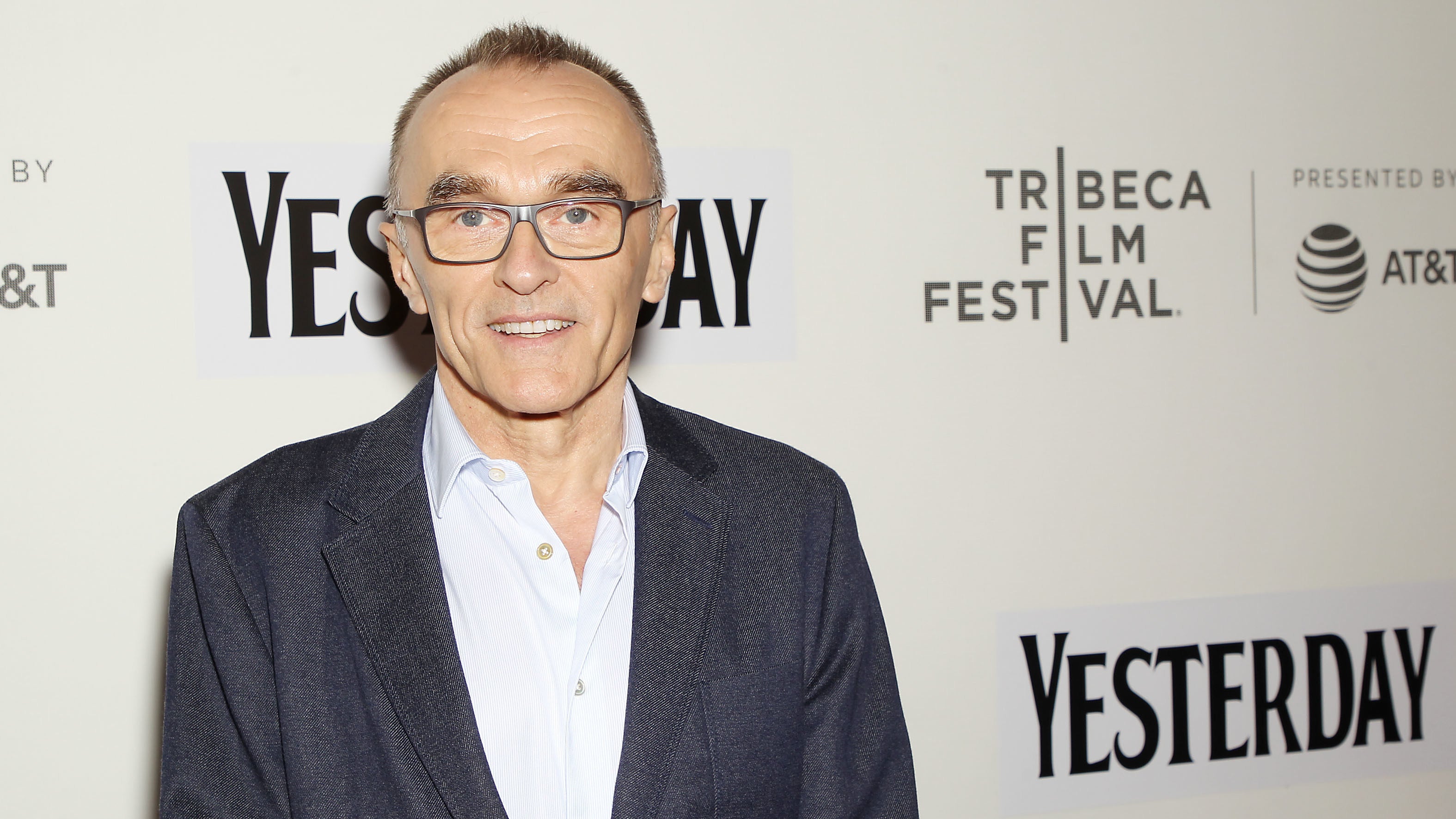 Boyle at the Tribeca premiere of Yesterday. (Photo: Universal)

It’s something I’m not best qualified to do. I understand why my daughter is. My two daughters are and their mother is and other filmmakers are and we must encourage those filmmakers to make those films. That’s not to say men can’t make them, of course.  You can try to but I think we have to acknowledge that over half the sky has not been given its proper place in our [film] narratives. [But] I think things are changing. Definitely. I’m ashamed of my lack of contribution to that. And I fully acknowledge that I would love to make a late change, if I could. So you’re aware of that and [when] one is aware of one’s own limitations, that’s an important thing to say. Also...it would be very wrong to imagine that if I did change, I would make a big difference. I think the big difference has to come from themselves and I think it will begin to emerge.

That’s a complex response, to be sure, and its slightly mixed messages kind of mirror the complexities Boyle imagined for Yesterday. It’s a film that’s a “what if?” wish-fulfilment fairy tale, a love story, and an ode to probably the great band of all time.

“The film is a double helix really,” he said. “A magical event ignites a double helix and the double helix is a love letter to the Beatles’ music through this prism of having forgotten them, and a love letter from, weirdly, Ellie to Jack, who is so obsessed with belonging, with achieving in terms of his work, that he ignores the actual most important thing in his life, which is Ellie...and his despair when he begins to realise it may be too late.”

It’s not too late to see Yesterday, though. The film is in cinemas now.