Has the Code Been Cracked on Key Switches?

I don’t know if there is a single holy grail for keyboard nerds. Every nerd is different. But some switches, like the IBM Beam Spring, are so beloved that even the most curmudgeonly keyboard fan thinks of them wistfully. “It’s the ultimate clicky switch as far as I’m concerned,” one member of the keyboard enthusiast forum Deskthority claimed in a post about them. Now Input Club, a company of opensource keyboard enthusiasts based out of the US state of California, thinks it’s cracked the code and figured out a way not just to bring the Beam Spring into the modern keyboard era, but also to create a keyboard so customisation that the input the keyboard reports changes depending on how hard you press the key.

I know that is wild, confusing, and impossible sounding. What the hell is going on?

Input Club claims that its new SILO switch feels like typing on a Beam Spring in one configuration, while all configs will give you better control over actuation and what occurs during that actuation. What’s actuation? It is the moment the keyboard registers a keypress. On your laptop, that actuation point typically happens when you “bottom out” the key. That’s because you don’t have to press very hard and the key doesn’t have very far to travel. Mechanical keyboards use switches with a wide variety of travel and actuation points. The Cherry Green switch, for example, requires you to exert a lot of pressure for the switch to actuate, despite not having to travel all that far. While others, like Kailh’s speed switches, might require less pressure and have less distance to travel to actuate (so they feel “speedier” to type on).

Enthusiasts all have different opinions on the perfect amount of pressure and length of key travel. What I find pleasing in a keyboard is different from what you might. 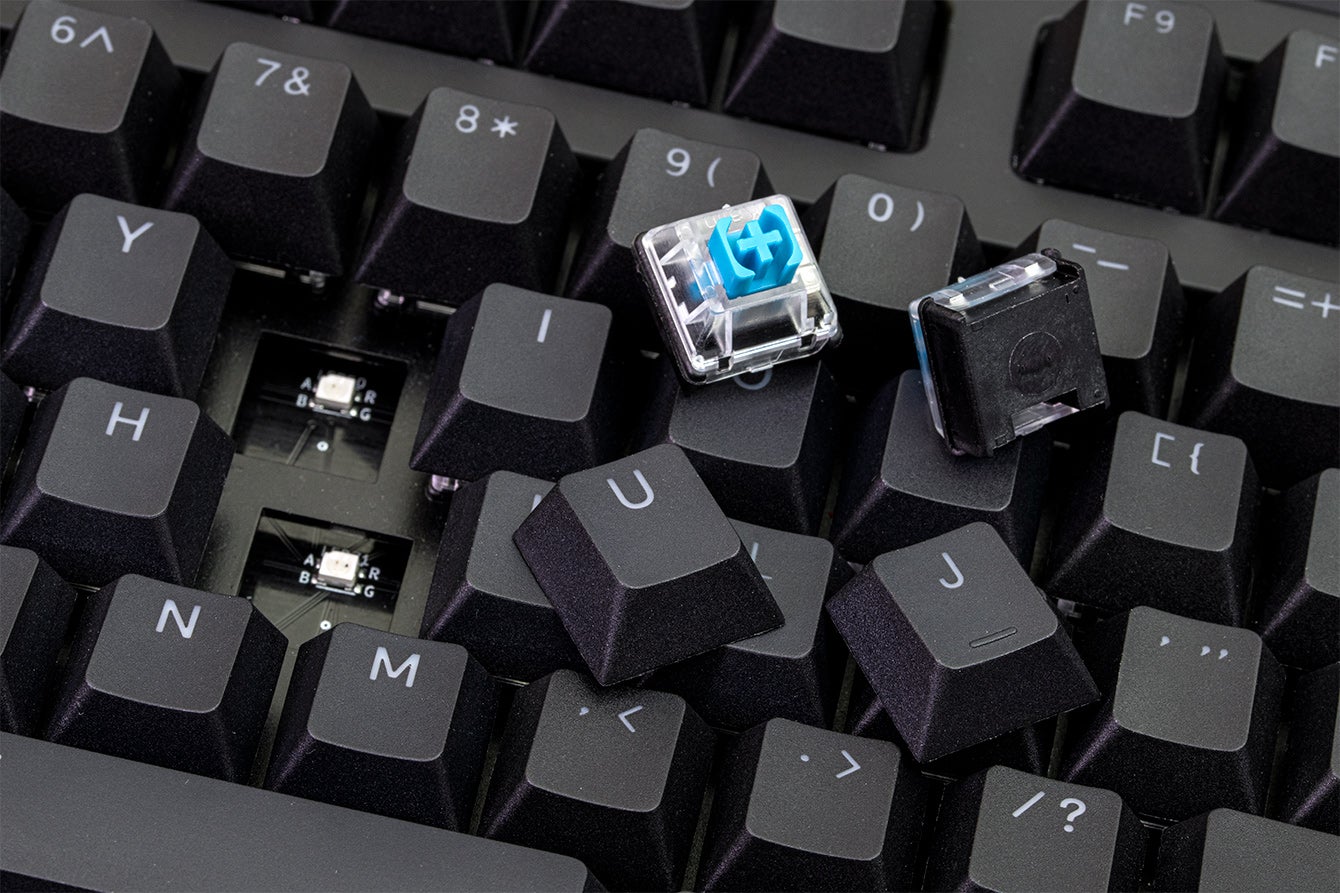 Changing the pressure needed to actuate isn’t easy to modify on the fly (it’s dependent on the actual mechanical components of the key), but the SILO switch allows you to adjust the travel distance for actuation, and doing that with little more than a keypress is really exciting.

Input Club isn’t the first to offer a switch with a customisation actuation point though. RealForce’s RGB keyboards introduced the feature in 2017 and SteelSeries followed up with the Apex Pro in May of this year. RealForce’s key is based on the Topre electro capacitive switch that’s a hybrid of a membrane and mechanical switch, while SteelSeries’ Omnipoint switch is based on the Cherry Red linear switch and uses magnets to adjust the actuation point.

Those magnets take advantage of something called the Hall effect. Thanks to the Hall effect the voltage of a sensor can adjust based on the proximity of a magnet, which makes it useful for small switches and sensors (like the magnetic latch in your laptop that tells it when to go to sleep). Those sensors have gotten much more accurate over the last few years and can now be used in something demanding finer control like a keyboard.

Which is why the Input Club SILO switch will also use magnets to allow for adjustable actuation. Every individual switch in the keyboard will have its own magnet and because the magnet mechanism frees up room in the switch’s housing, Input Club can cram in a spring similar to that found in the Beam Spring, which should hopefully give it that pleasing click. Though if the clicky spring is too noisy for you, the Silo switch will also have tactile (where you feel the bump of actuation but have no click) and linear (no bump or click) alternatives. 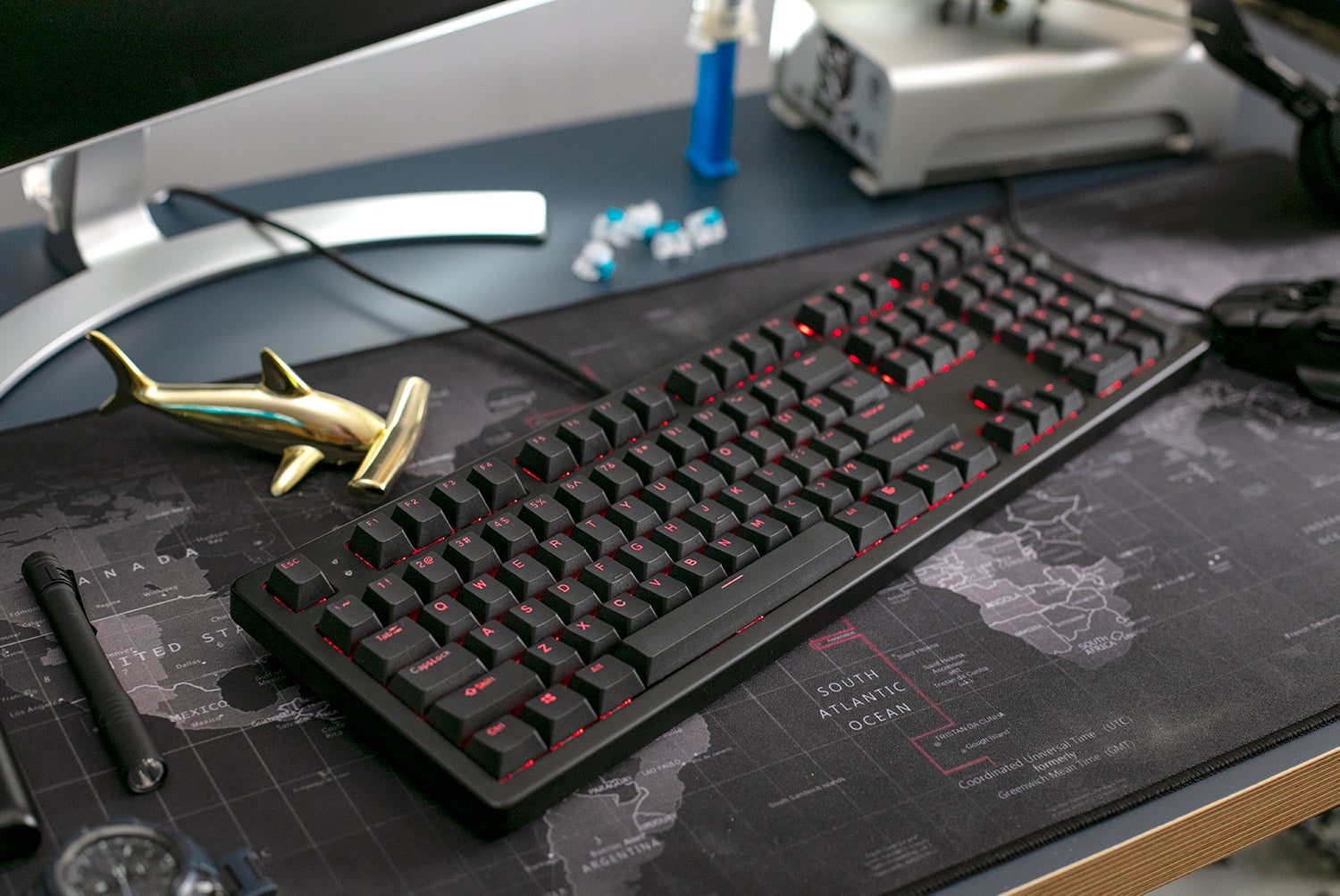 Next, again because of the magnets, there’s no metal pin sticking out of the bottom of the key switch’s housing. That means it doesn’t need to be soldered onto the board and can be swapped or rotated at whim.

Finally, (again because of the magnets) you can actually give the switch multiple actuation points and dictate what happens at each point. Input Club’s Andrew Lekashman told me via email that you can note at least 100 different points per switch. He used the example of programming a button so that the very top of a press triggers CTRL+C and the bottom triggers CTRL+V. The possibilities this kind of extreme customisation create are enchanting. Imagine being able to just type your entire address with a single press of a button or create macros for your most used programs.

However it seems likely that this customisation will have a learning curve—a damn steep one. I’m not sure how willing the average person will be to overcome it. Lekashman and Input Club are sure this is the future of typing and could radically change how we use our computers.

But if that’s the case it will need to be easy to customise and easy to learn. Lekashman seems aware of that and says the software to adjust the actuation point is still in development, and that the UI needs some work to be friendly enough for less tech-savvy people to use. He also says it will be available for Windows, Linux, and macOS.

All these new switches will first be available in the Keystone keyboard which launched on Kickstarter yesterday. Early birds can get the Keystone for as little as $100 (£80), but the final price will range from $120 (£96) to $180 (£145) depending on how many keys are on the board and whether you opt for RGB or white LEDs. While a Kickstarter with such bold promises is generally a big red flag, Input Club has put out a number of keyboards at this point and we’re optimistic about the Keystone shipping relatively on time and intact.