In Space, No One Can Hear You Scream...for These Gabz Star Wars and Alien Posters

Every artist has their own unique style. Some produce work that’s broad and colourful; others prefer detailed and dark. Then there are some whose work is so spot-on accurate it’s hard to tell it’s not a photograph. Gabz is one of those artists.

Gabz, real name Grzegorz Domaradzki, has been lighting the pop culture art world on fire for some time now, with amazing posters for Star Wars, Indiana Jones, and many others. Now, though, he's finally opened “I Am Gabz,” his first solo show at the Bottleneck Gallery in Brooklyn, New York. Co-presented by Grey Matter Art, the show is comprised of prints and originals spanning all manner of pop culture, and we're excited to debut posters for a few sci-fi movies you may have heard of: Alien and Star Wars.

The show is on now and runs through 14 August. That's also when all of the below art, as well as over two dozen originals, will go on sale.

We’ll start with the Alien, available in a regular edition... 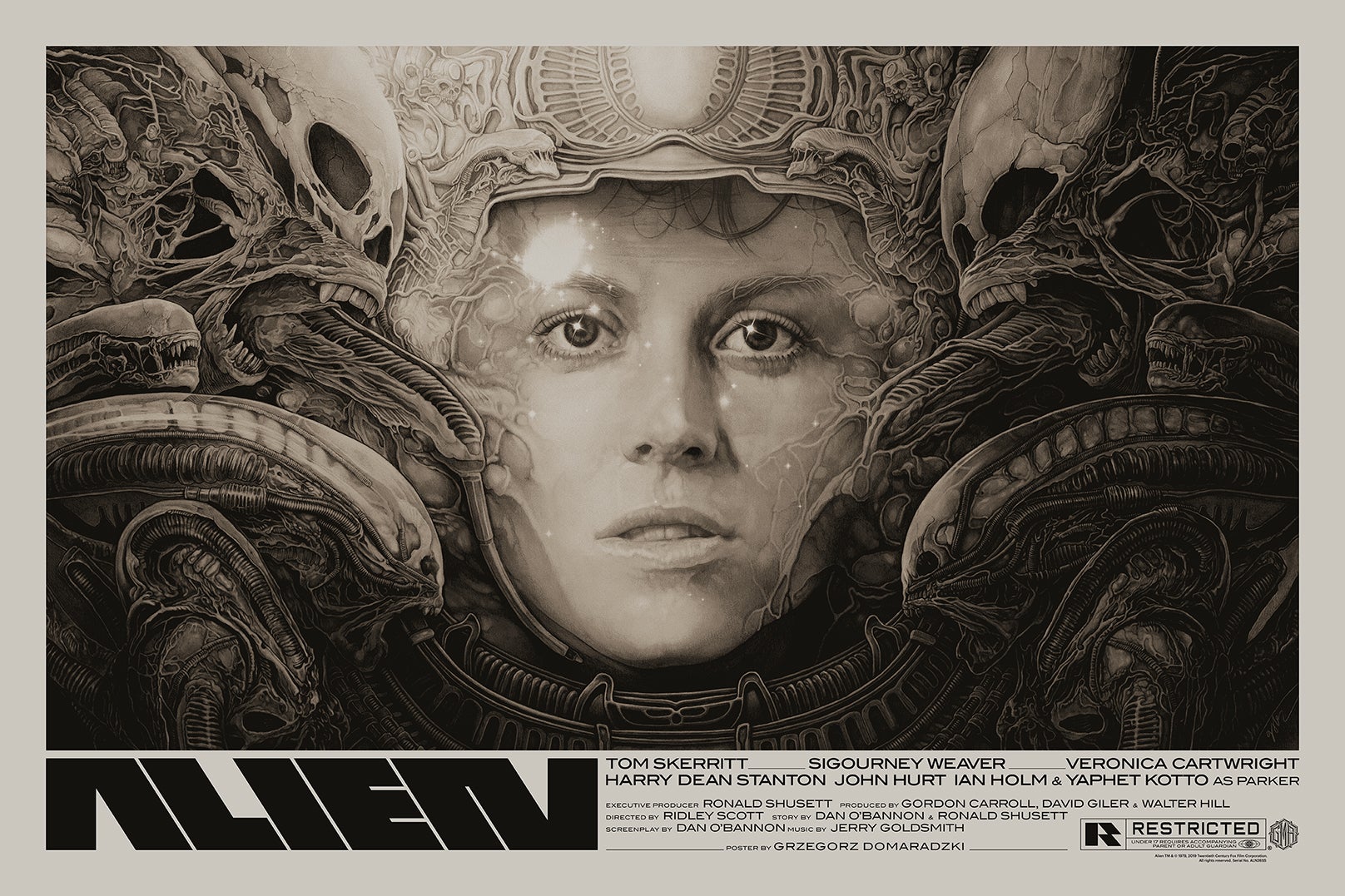 ...as well as a variant edition. 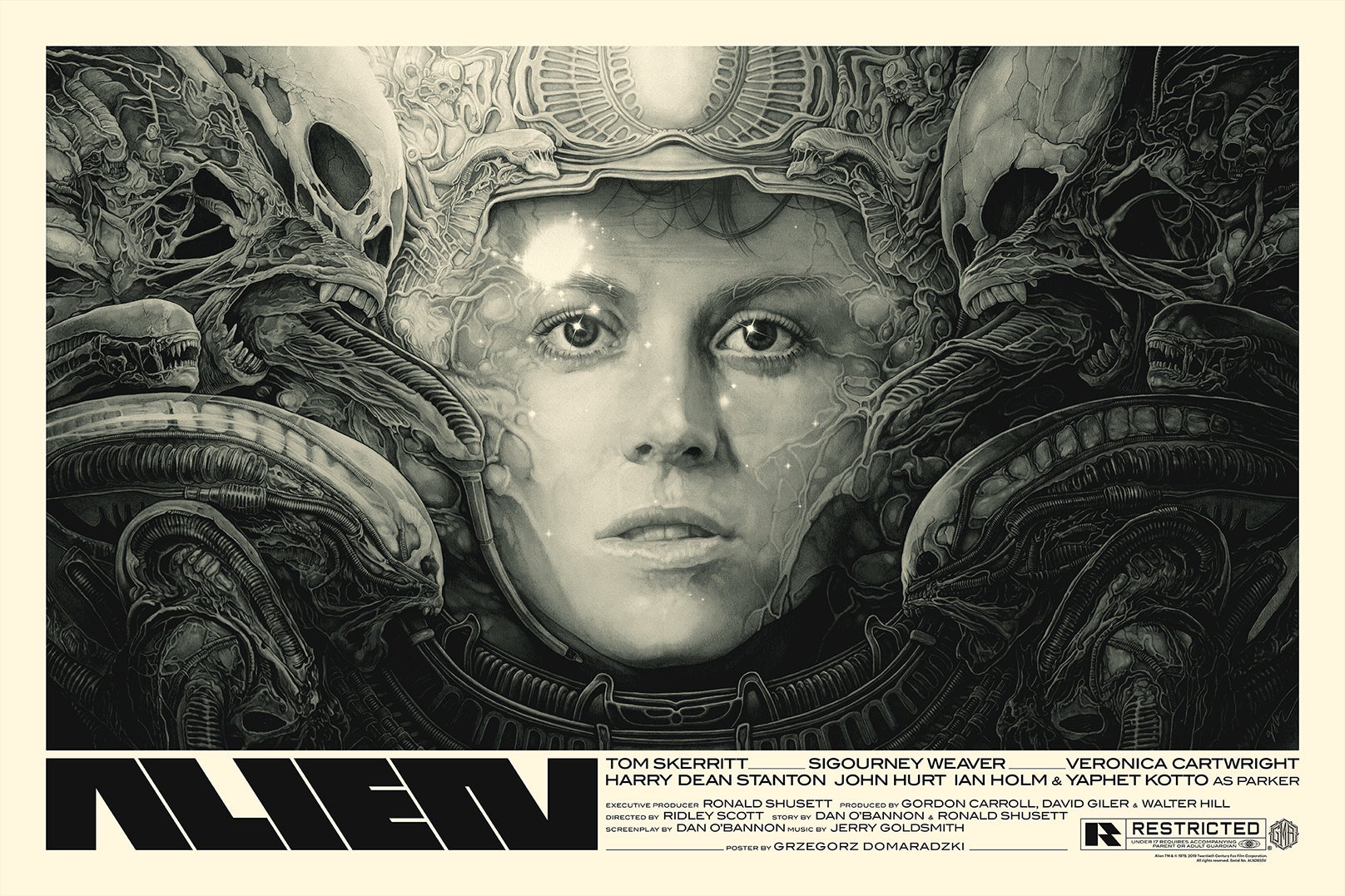 Next up, Gabz has created a new three-print set to commemorate the original Star Wars trilogy in partnership with Lucasfilm and Acme Archives. The regulars are 18 x 24 inch giclées in an edition of 350. They’re $50 (£40) each or $145 (£116) for a matching set. 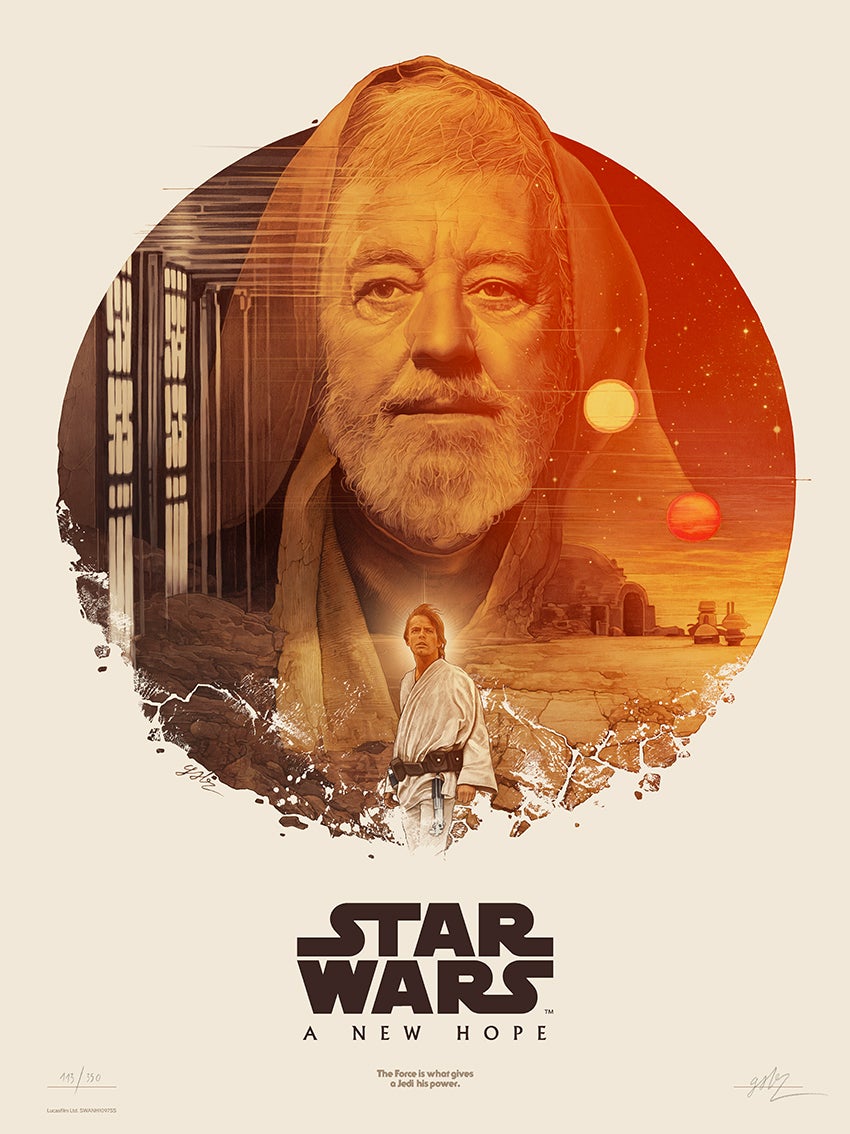 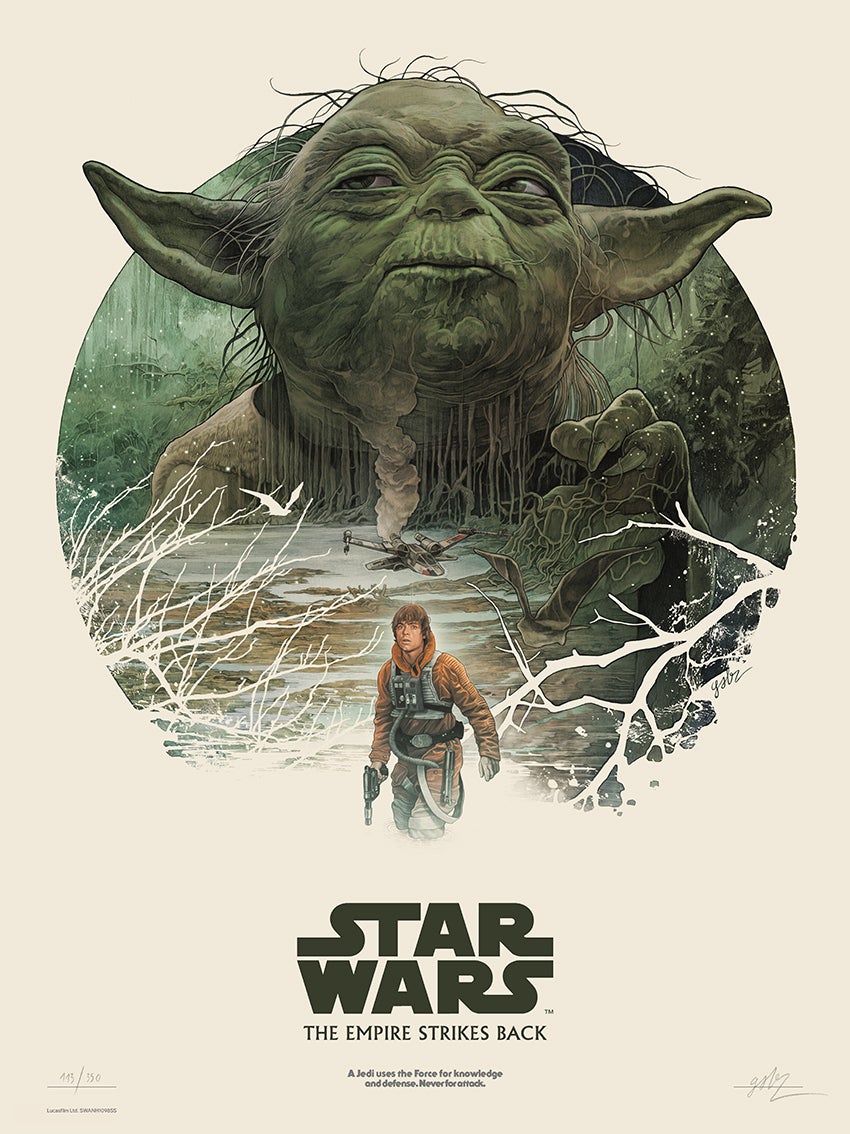 The Empire Strikes Back regular by Gabz 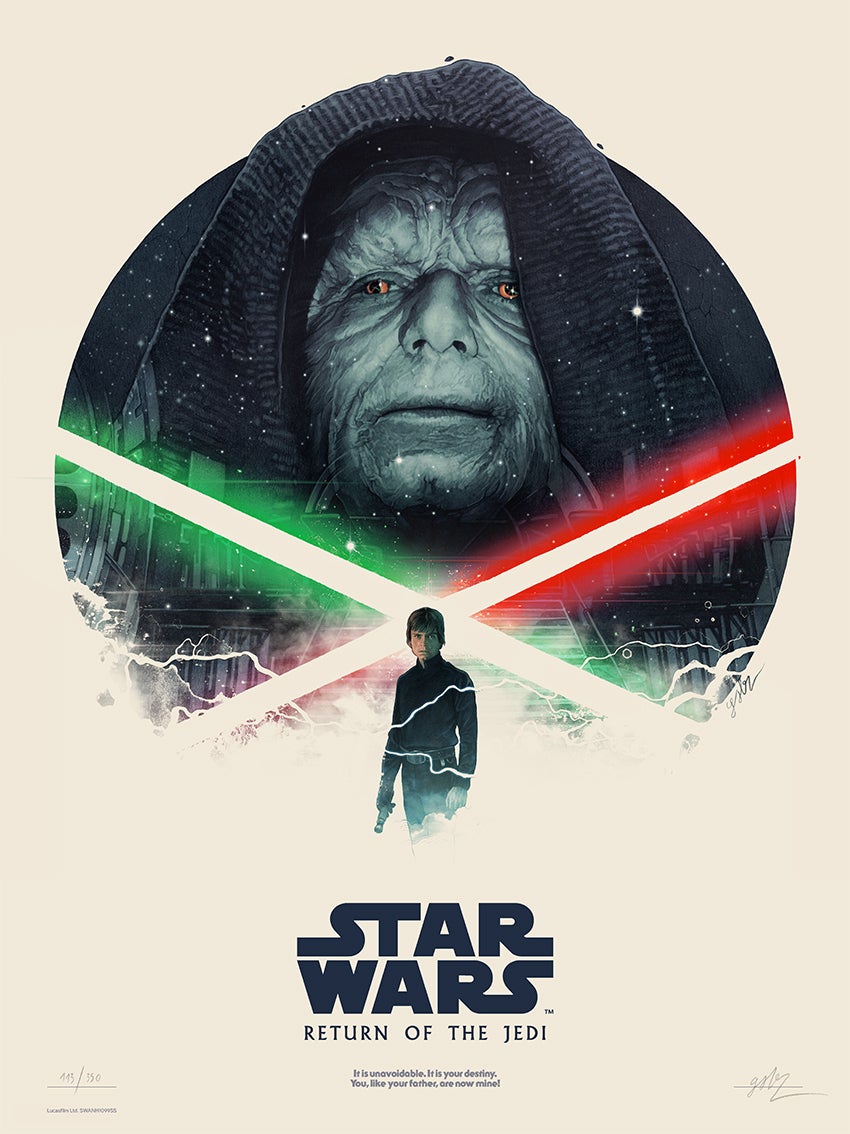 Return of the Jedi regular by Gabz 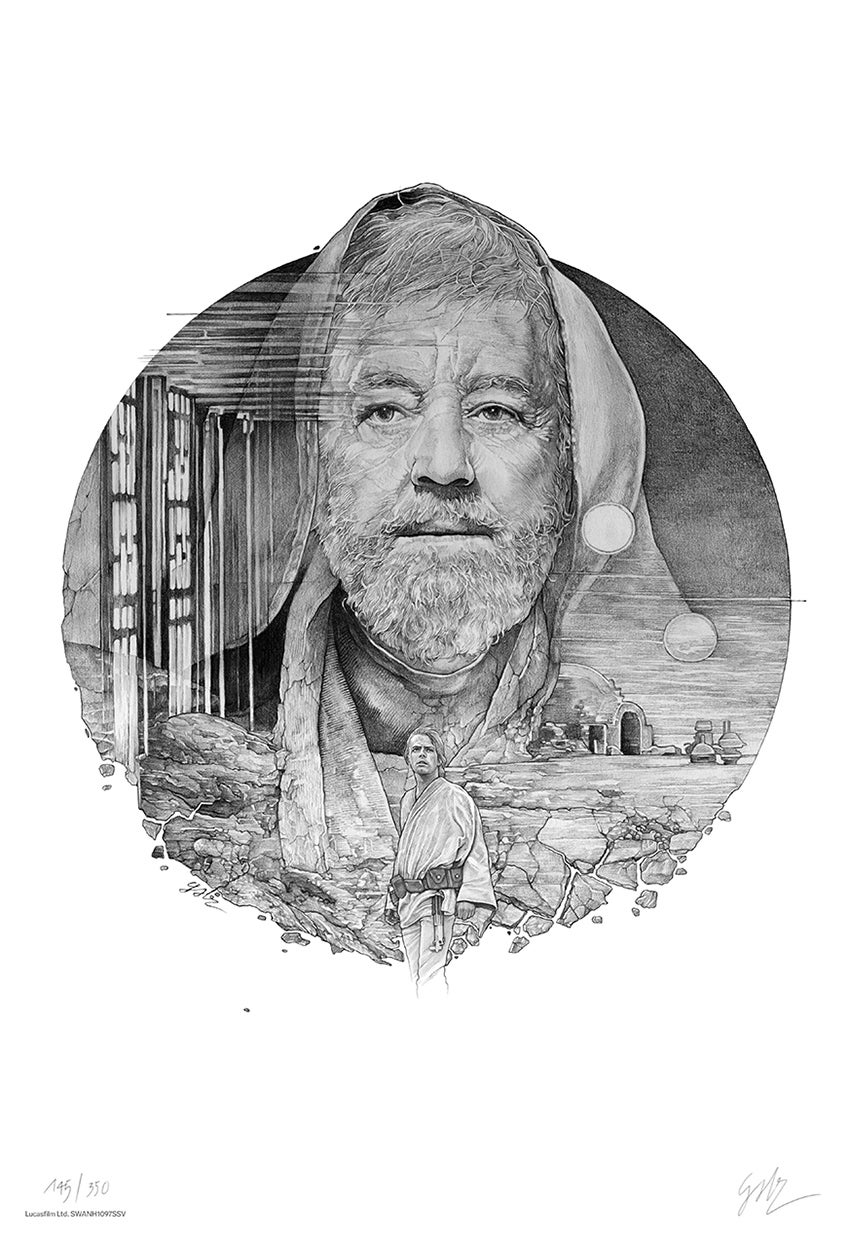 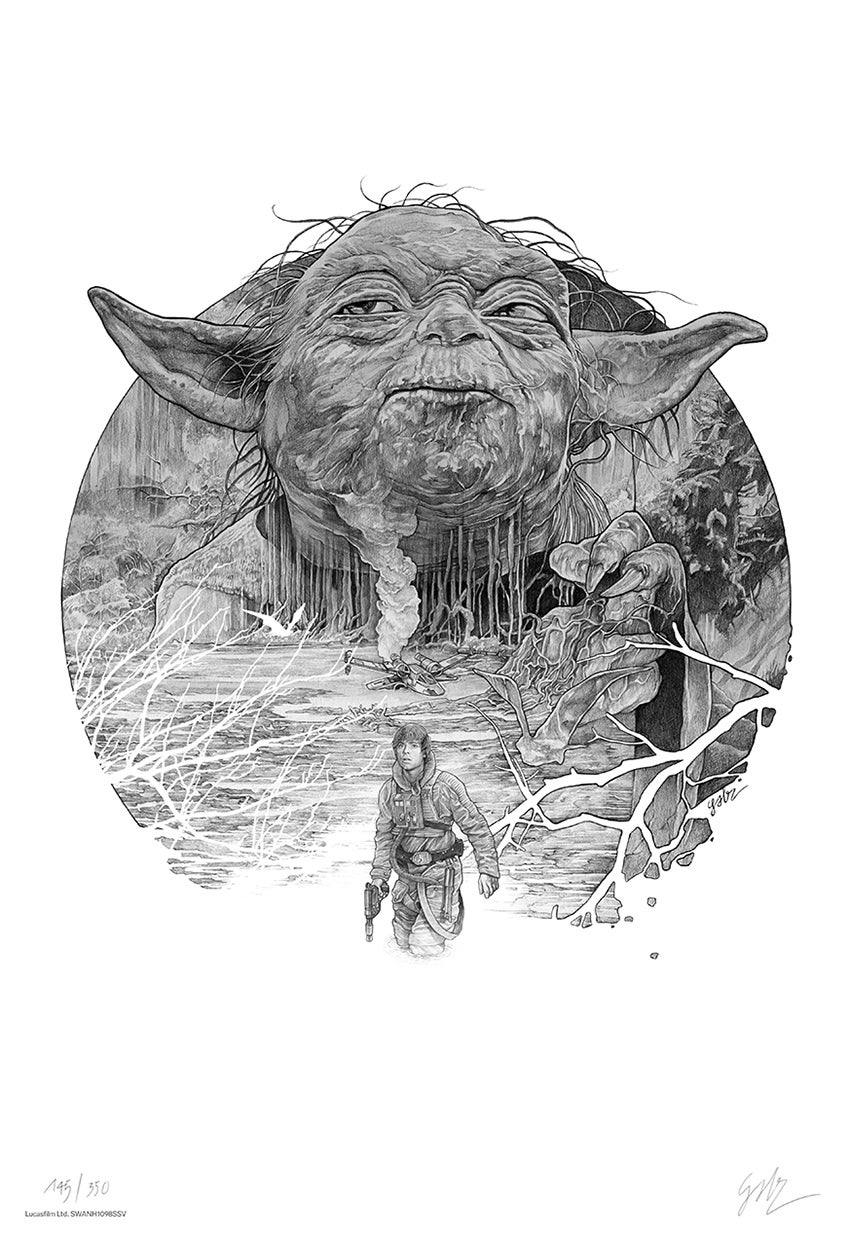 The Empire Strikes Back variant by Gabz 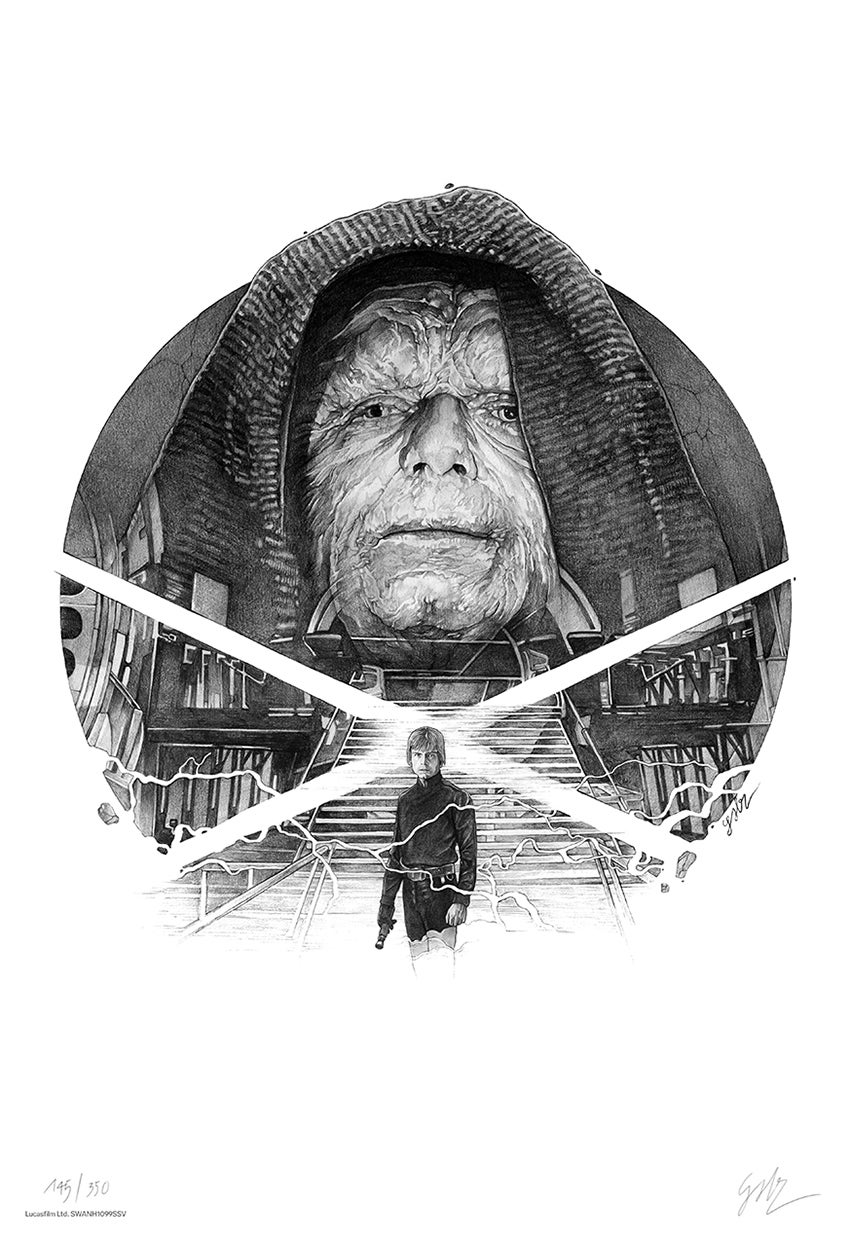 Return of the Jedi variant by Gabz

And, because we know you’re wondering, here’s what each set looks like side by side: 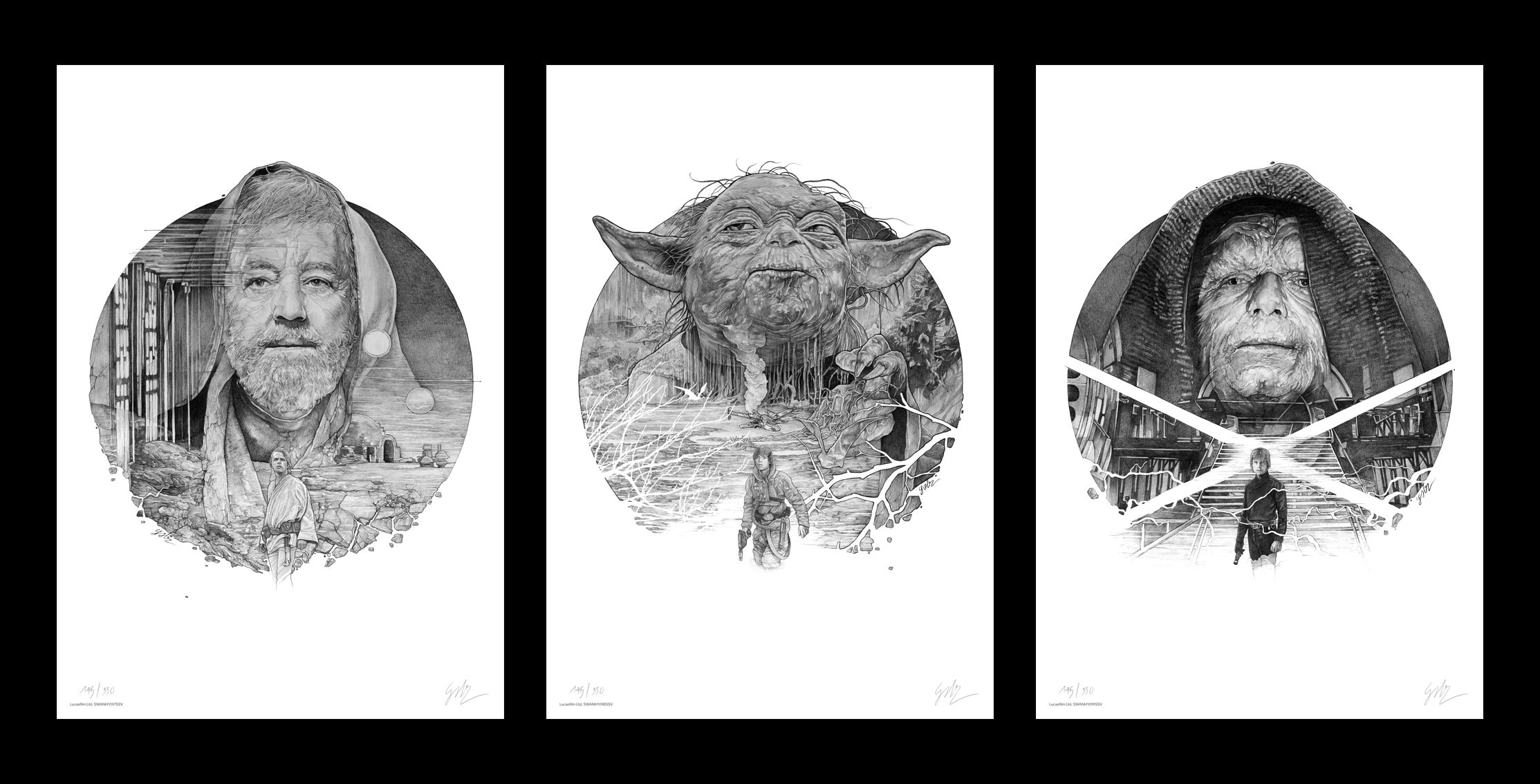 Details on the show can be found on the Bottleneck page.