Since their discovery 13 years ago, scientists have puzzled over the origin of tiny glass beads found inside ancient clam shells. New evidence suggests they’re microtektites—a byproduct of meteorite impacts—marking the first time these celestial remnants have been found hiding in old clam shells.

Ancient clam shells uncovered at a Sarasota County quarry in the US state of Florida are the unexpected repositories of microtektites, according to new research published in Meteoritics and Planetary Science. The research is still incomplete, but the discovery points to a previously unknown meteorite strike (or strikes) off the coast of Florida some 2 million to 3 million years ago.

“This is the first report of microtektites in Florida and one of only a few findings of space debris found in the state,” Mike Meyer, lead author of the new study and a researcher at Harrisburg University of Science and Technology, told Gizmodo. “These spheres may also help us date the shell beds they were found in as we don’t have a precise age for them.”

These tiny, spherical glass beads are produced during the explosive impact of a meteorite smashing into Earth.

“When a large enough impact occurs, the impactor—a meteorite or comet or what not—mostly vaporises, but so does the rock and soil it hits,” said Meyer. “Most rocks are composed of minerals that contain silica, so there is a lot of it to melt. That melted debris flies away from the impact site and cools as it travels through the air, usually giving it an aerodynamic shape of some sort.” 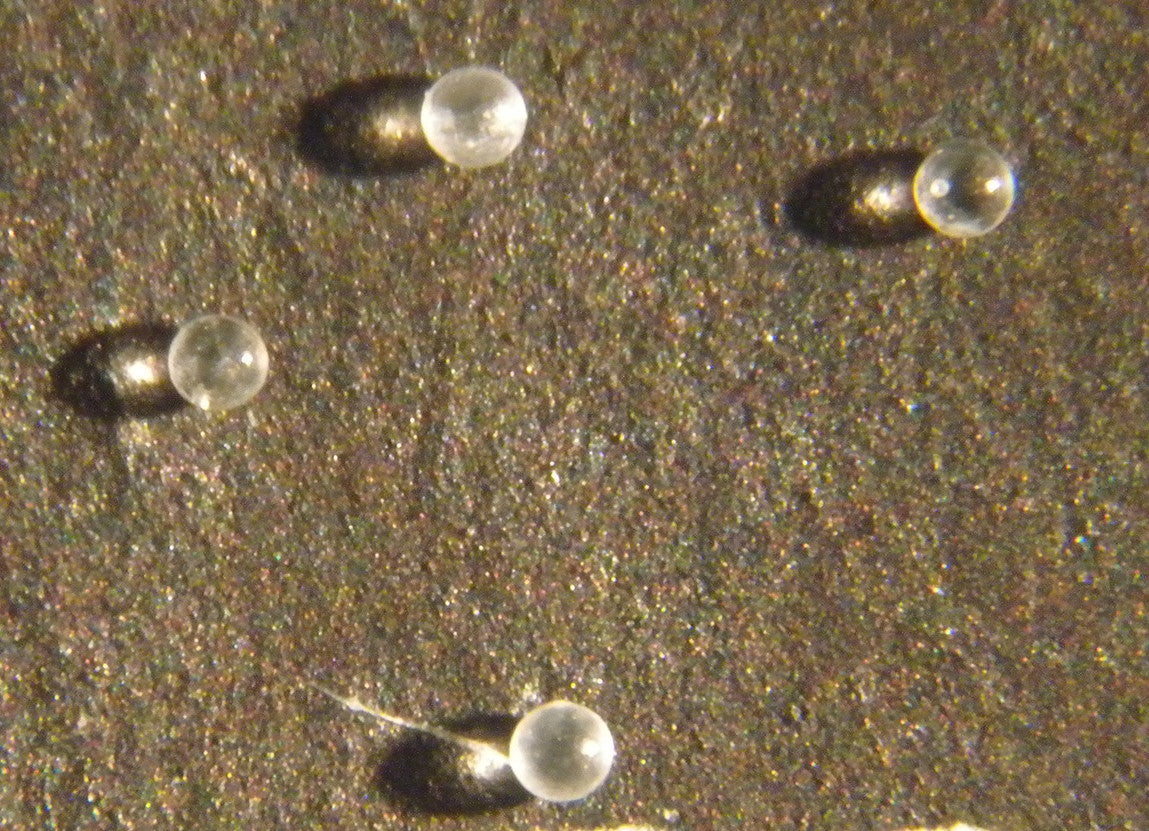 Eventually, these materials cool in the atmosphere and rain back onto the surface. Large pieces, called tektites, often form teardrop shapes, and small droplets, called microtektites, produce spheres. Over the course of time, these materials are transported via water and wind down to the sea, like any other sediment, explained Meyer, who said this extraterrestrial material can then collect in clam shells. Eventually, these shells get covered in sediment, preserving their contents for protracted periods of time.

This investigation dates back to 2006, when Meyer was an undergraduate student at the University of South Florida. He and his classmates were scouring the Pinecrests beds of Florida in search of shells produced by single-celled organisms known as benthic foraminifera. Instead, they found dozens of glass beads inside of fossilised clams, most of them inside fossils of Mercenaria campechiensis, also known as southern quahogs. These particles were very small, measuring around 200 micrometers in diameter. In total, 83 of these mysterious orbs were found. At the time, no one knew what to make of these transparent orbs, so the beads languished at the university for years.

Having the time and inclination to revisit the issue, Meyer decided to look at the old beads with fresh eyes. Along with colleagues Roger Portell and Peter Harries, he analysed the structures using scanning electron microscopy, back-scatter imaging, and x-ray spectroscopy, which allowed the researchers to determine their composition. In addition, the researchers performed comparative analyses with other microtektites, cosmic spherules (also known as micrometeorites), and volcanic rocks. 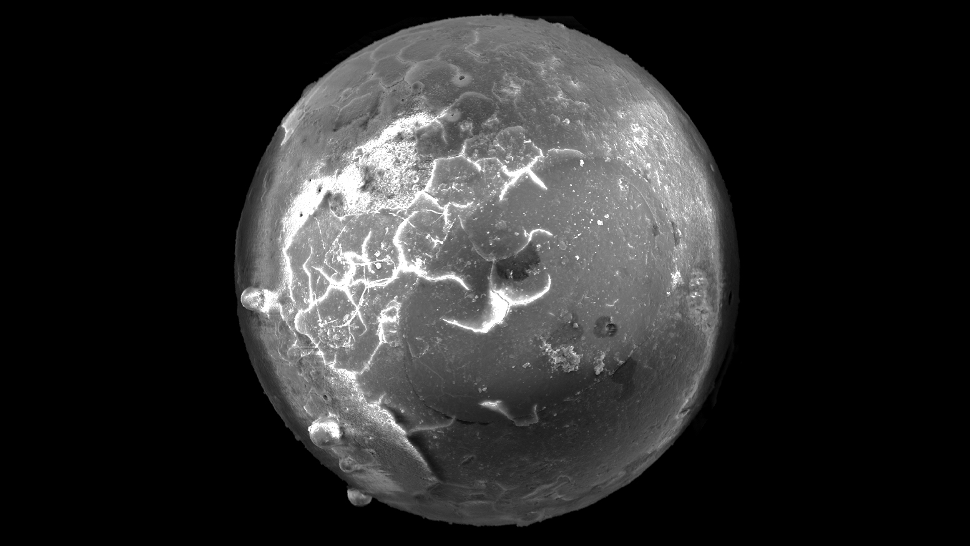 A microtektite seen through a microscope. (Image: Meyer et al., 2019)

“Volcanoes were ruled out via the shape—ours were too rounded mostly—and composition,” Meyer told Gizmodo. “There is the slightest possibility that these could have been from [human-produced] reflective paint or coal ash, but the shapes of our material were too uniform and since we found them in these closed clam fossils, which have been closed and cutoff from their surrounding environment for millions of years, it seemed unlikely that any sort of human contamination would have had time to get in there,” he said.

Microtektites, said Meyer, remained the only plausible answer. These materials were made primarily from silica and produced from “the debris created by an impact event,” he said.

Interestingly, the microtektites were found at four different sedimentary depths, suggesting either multiple impacts or the spreading of materials from a single tektite bed. Looking ahead, Meyer would like to use the Argon-Argon radiometric dating method to date the beads. He’d also like to find more spherules, as his team has only a few dozen to work with. To that end, the researchers plan on recruiting citizen scientists to search for more material in southwest Florida.

As a final note, the press release referred to the microtektites as “cosmic pearls,” which is cute, but not entirely accurate.

“It was a catchy name,” admitted Meyer, “though I generally refer to them as ‘the spheres’ since, well, they are spherical,” he said, adding that real pearls are calcium carbonate and made inside of living molluscs, such as clams or oysters.